Cub Scouts from Pack 202 and Scouts BSA B and G (boys and girls) from Troop 217 participated in the flag raising ceremony in partnership with the Gig Harbor Rotary Club. A Scout played reveille from the viewing platform above the park as spectators looked on and saluted the flag. 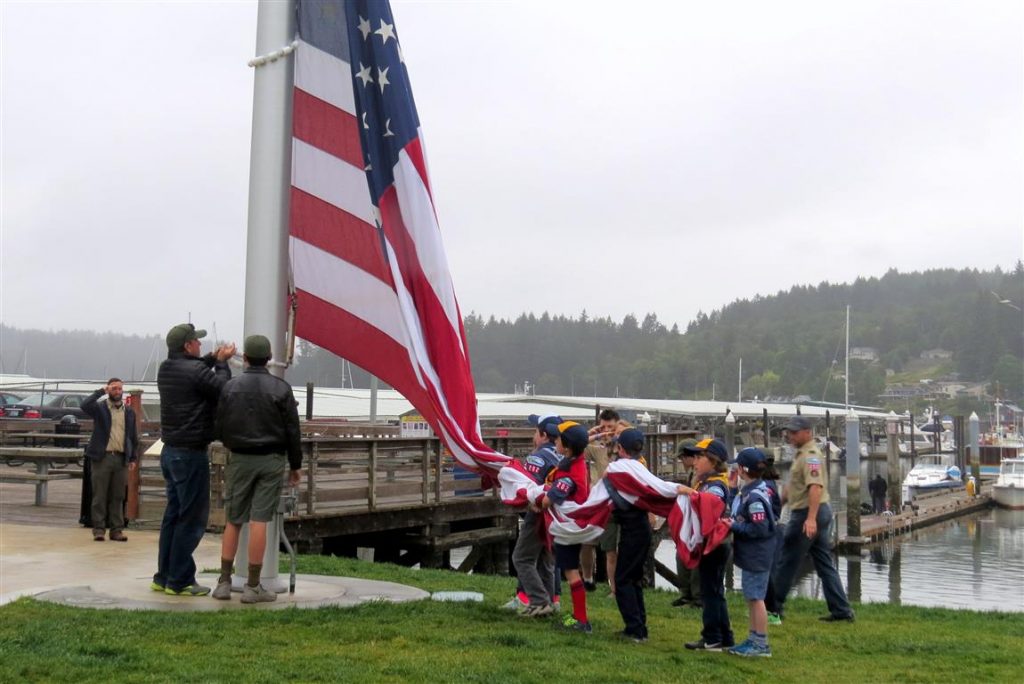 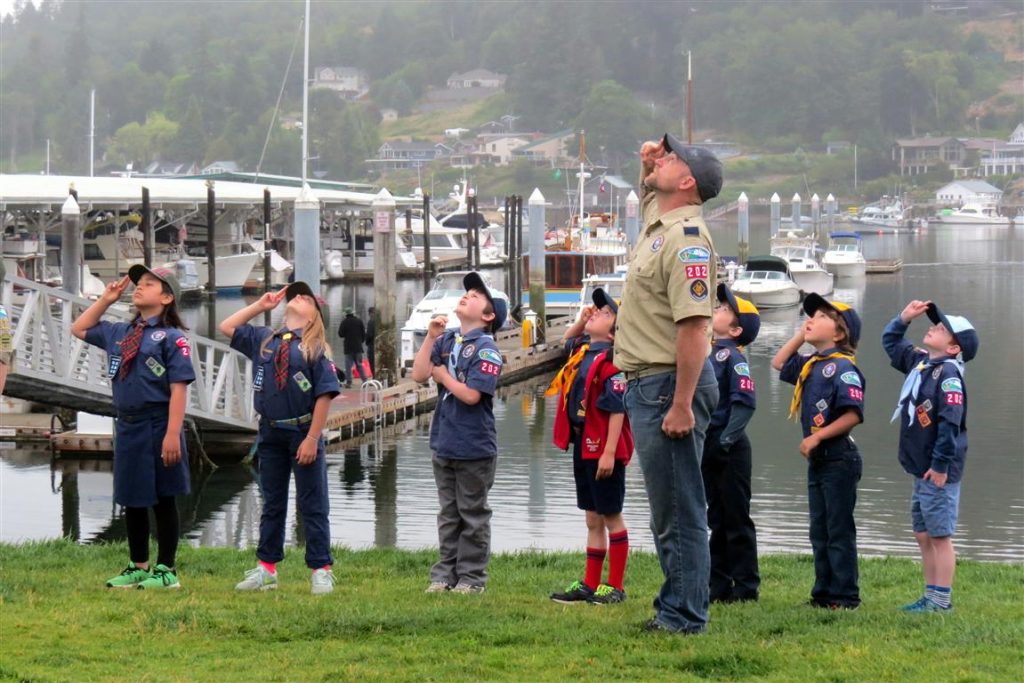 Cub Scouts and their leader watch and salute as the flag is raised in downtown Gig Harbor.

After the flag raising, participants walked over to The Club @ the Boatyard for a pancake and sausage breakfast prepared by the Gig Harbor Kiwanis Club. 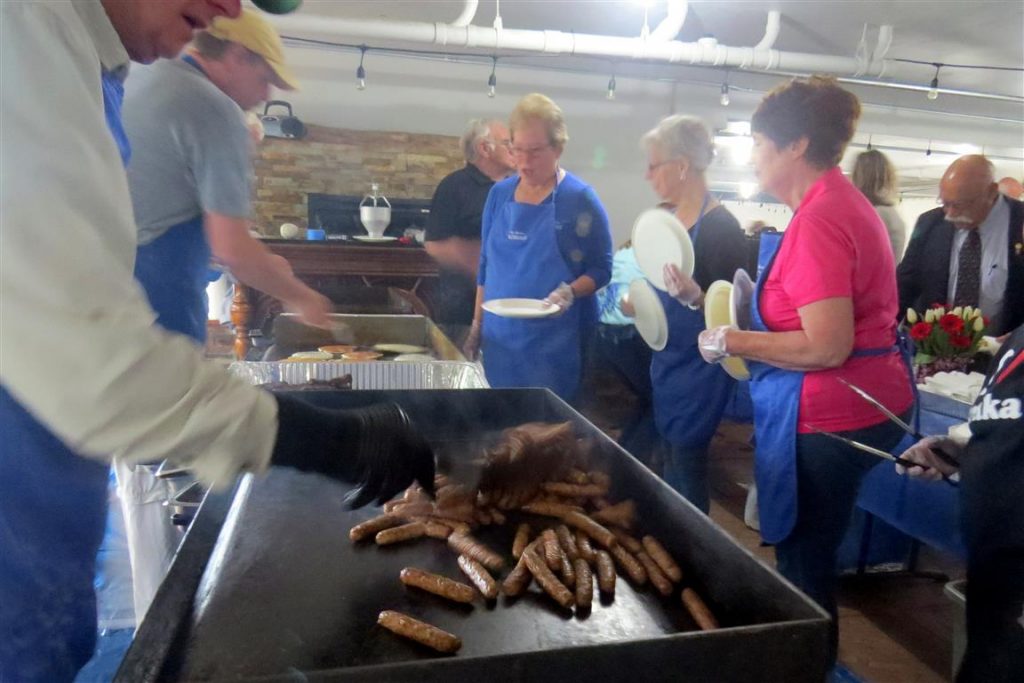 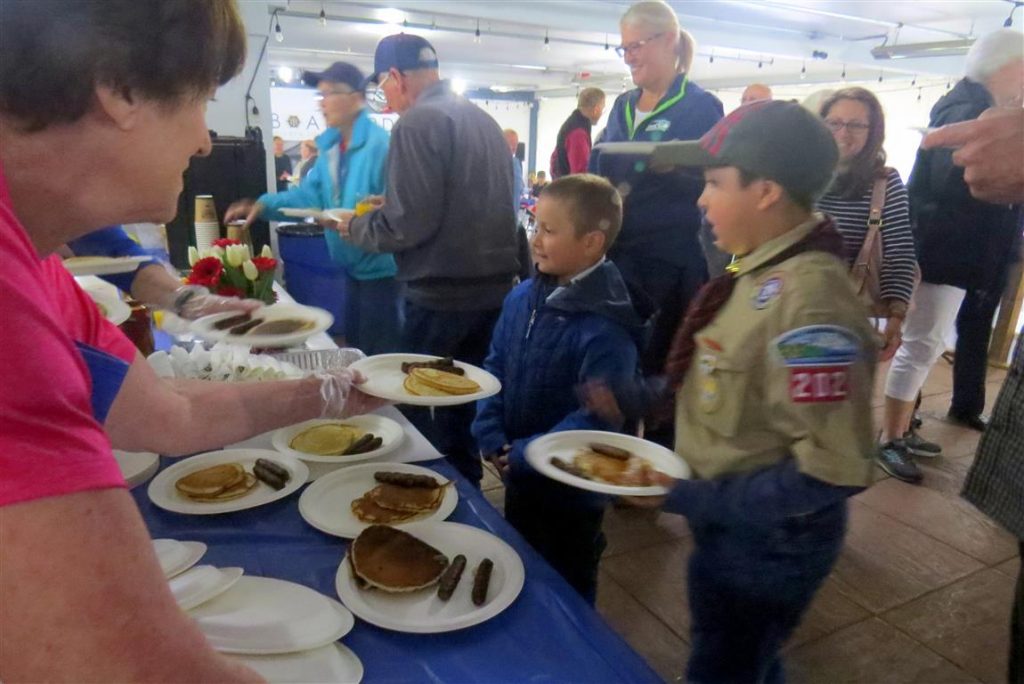 The History of Flag Day

Flag Day, June 14, marks the adoption of the American flag by the Continental Congress in the First Flag Resolution of June 14, 1777.

The first resolution signified the flag should be “13 stripes alternate red and white: that the union be thirteen stars, white in a blue field, representing a new constellation.”

The holiday traces its roots to 1885 when school teacher Bernard J. Cigrand held the first unofficial observance for the American banner at Stony Hill School in Waubeka, Wisconsin. He went on to deliver speeches around the country about patriotism and the flag and later became president of the American Flag Day Association. 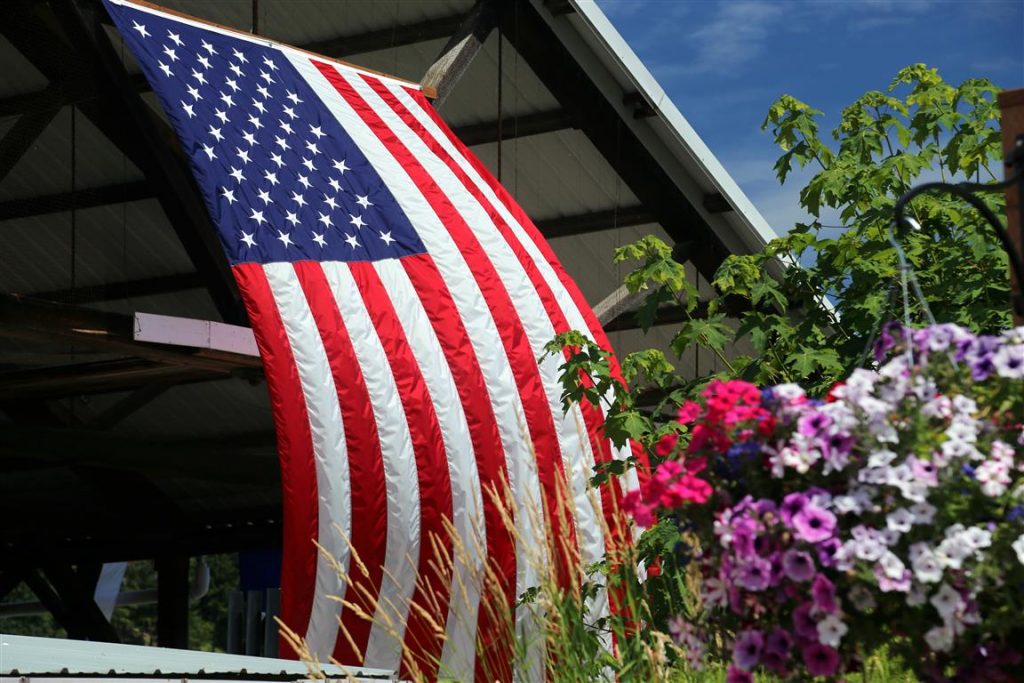 The Stars and Stripes at Gig Harbor Marina & Boatyard.

President Woodrow Wilson signed the first national proclamation designating June 14, 1916, as National Flag Day. President Calvin Coolidge did the same in 1927, but it wasn’t until 1949 that it was officially signed into law by President Harry Truman.

On June 14, 1937, Pennsylvania became the first state to celebrate Flag Day as a state holiday. The day of observance is not a federal holiday, however, and businesses and government offices remain open.

The week of June 14 is designated as National Flag Week and people are urged to fly the American flag throughout the week.