‘Tis the season for Christmas to return to the harbor and a sleigh-full of festivities will get under way this Saturday, Dec. 2.

Events decking the halls downtown include a new holiday season reception center, Christmas tree lighting, caroling and cocoa, the arrival of Santa — and yes, the return of a nativity scene along the Gig Harbor waterfront, thanks to Gig Harbor Marina & Boatyard.

Things get under way on Dec. 2 with the opening of the Reception Center @ the Boatyard at 4 p.m., Christmas Tree Lighting in Skansie Brothers Park at 5 p.m., and an all-city caroling & worship gathering at the Nativity Scene set for 6:30 p.m.

The Gig Harbor City Council voted in October that there was no room at the inn for a manger scene on public property, bowing to pressure of threatened legal action from an out-of-state agnostic and atheist organization.

Responding to the impassioned public outcry over the council’s decision to do away with the manger, a group of local ministers and business leaders formed an ad hoc Christmas nativity committee. They put their heads together for an alternate plan.

Ron Roark, managing director of Gig Harbor Marina & Boatyard, offered the committee space for a nativity scene on his property next to Skansie Brothers Park, where a popular manger scene has been displayed every December for many years. A new nativity scene will be set up just outside the boatyard’s retail space occupied by Gig Harbor Watersports, which is closing at the end of November. 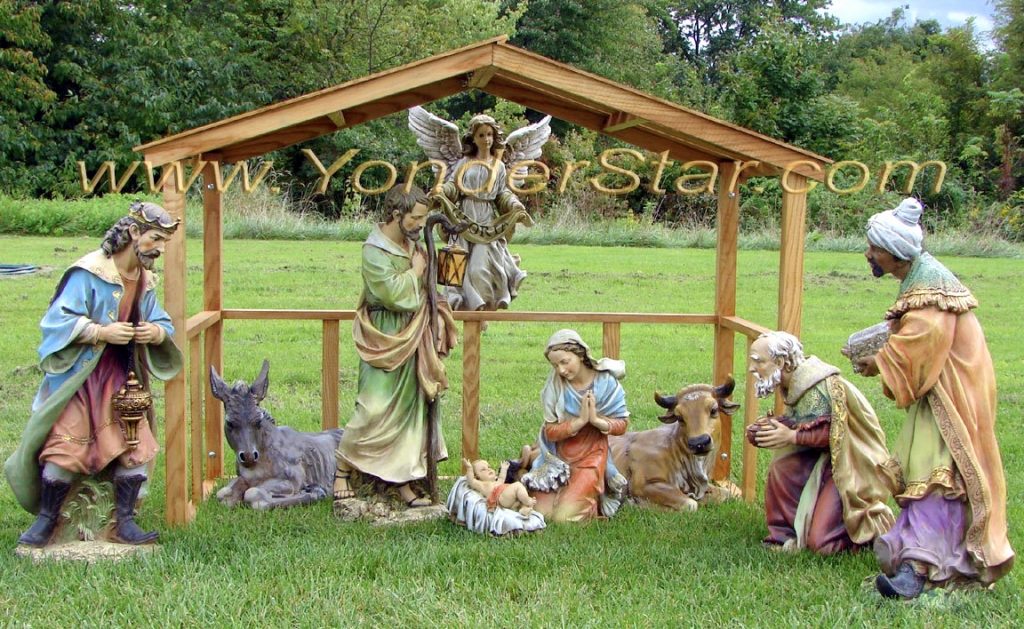 Joseph is 27 inches high in this resin nativity scene soon to be on display at the Reception Center at 3155 Harborview Drive. (Photo courtesy of Yonder Star. Photo at top by Chance Busey.)

Be sure to vote for Gig Harbor Marina & Boatyard in the Christmas Decorations Contest among waterfront businesses. “We will have the best store front with the new nativity scene,” says Managing Director Roark. Ballots will be available at the Reception Center.

For the month of December the space will house the committee’s Reception Center for a host of ‘reason for the season’ activities celebrating Christmas in the harbor. 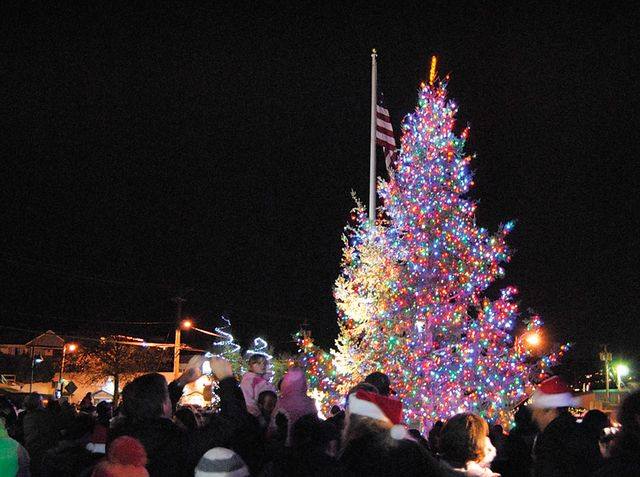 The annual Christmas Tree Lighting in Skansie Brothers Park is set for Dec. 2 at 5 p.m.

“This is a cooperative effort between several local churches and downtown businesses to celebrate traditional Christmas values and to celebrate the birth of Christ,” said Gary Wiens, nativity committee chairman.

“The underlying theme of the center will be taken from ‘Joy to the World,'” added Wiens, president of Burning Heart Ministries, a consulting group for churches. “It’s ‘Let Earth Receive Her King’ and that’s going to be the focus of activities there.”

The attractive resin nativity scene was ordered from Yonder Star, a “mom and pop outfit,” from Pennsylvania, Wiens said, and will be nestled in a bed of hay outside the Reception Center.

The Horsehead Bay Garden Club is setting up decorated Christmas trees as a backdrop for the manger scene, with a pathway through the trees and benches provided by Wild Birds Unlimited.

The Trolley @ the Boatyard stay open for extended hours on Dec. 2 and Saturdays throughout December. Come by for some hot chocolate and listen to the carolers.

See an earlier blog by Chance Busey outlining Christmas activities at the Reception Center, including:

“I think this is going to be really fun,” said Wiens. “This is a whole expression of faith and values and what Christmas is all about.”

Come to Skansie Brothers Park Dec. 2 for the City of Gig Harbor’s Annual Holiday Tree Lighting Ceremony – the official kickoff to the holidays in the harbor. Join friends and neighbors for holly-jolly entertainment, including: live music, a visit by Rhubarb the Reindeer (the Tacoma Rainiers baseball team mascot), refreshments and the arrival of Santa on a fire truck.