About 30 boats from around Puget Sound will be participating in this unique sailing contest where boats start from anchor in Gig Harbor and race up Colvos Passage and back to the finish line in the harbor.

The 51st Le Mans Sailing Race is this Saturday, Nov. 17

Gig Harbor Marina & Boatyard will again participate in this rich sailing tradition by providing a chase boat crew out in the passage. Boatyard Managing Member Ron Roark, Yard Manager Hartwell Champagne and Assistant Marketing Director Chance Busey will be aboard Roark’s SAFE Boat MerL’eau to offer assistance during the race. 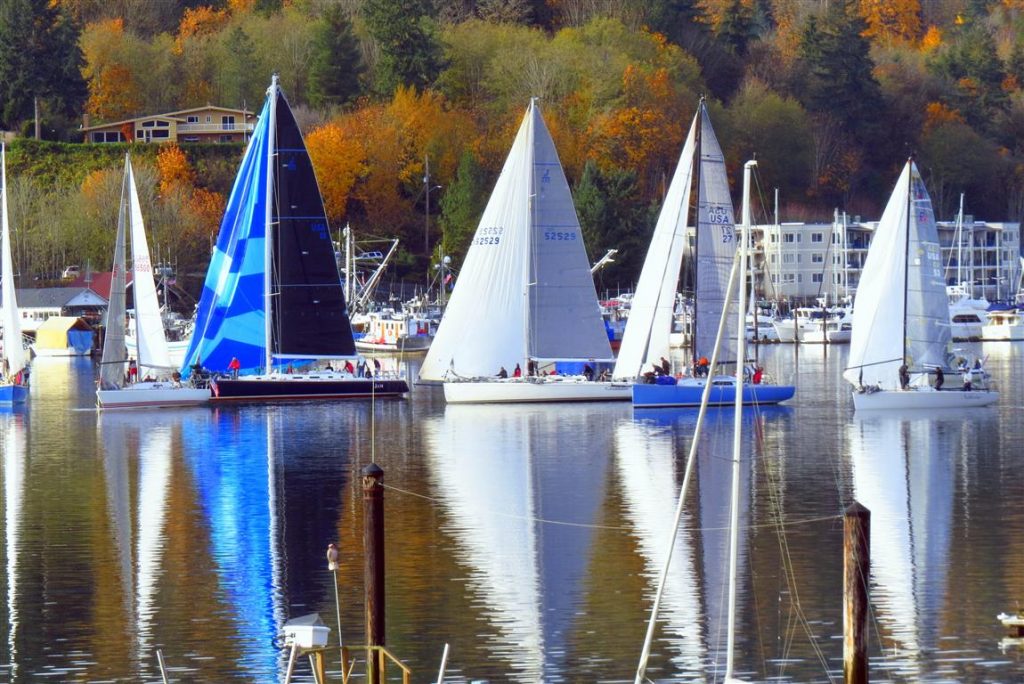 The 50th anniversary Le Mans race got under way on a picture-perfect day in 2017.

“This is a historic sailing race in our community,” said Roark before last year’s event. “We at the boatyard enjoy being part of this sailing tradition.”

Styled after the famous Le Mans car race in France, the harbor’s sailboat race has always featured this unusual start, in which boats are at anchor in the harbor with sails down and the crew below decks. At the blast of the starting horn, crews scramble topside, hoist sails and dash out the mouth of Gig Harbor. 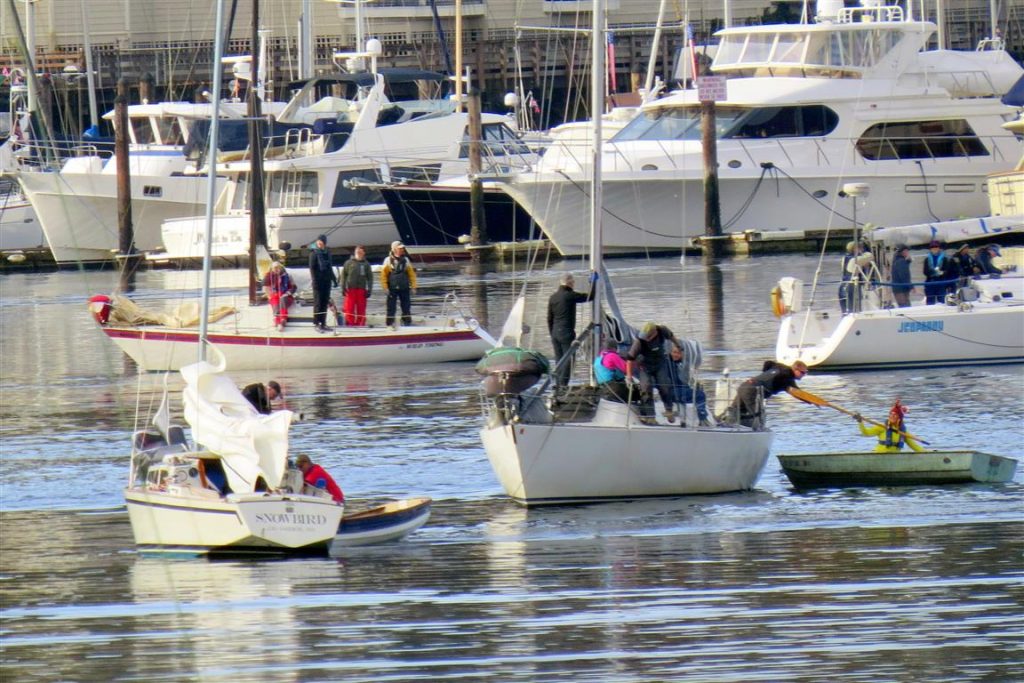 Skippers started the 2017 Le Mans Sailboat Race the way it was done 50 years earlier: with skippers rowing out to their boats anchored in the harbor.

For last year’s 50th anniversary, the iconic race got under way just as it did back when the event began in 1967. Skippers had to row their dinghies from a starting position out to their anchored sailboats. Once the skipper was on board, sails were hoisted and the dash out of the harbor began — with dinghies towed behind for the entire race.

The Le Mans race is open to anyone who would like to participate. A skipper’s meeting will take place at 9 a.m. on race morning, with the first start set for 10:30 a.m. For more information and to register, contact GHYC Sail Chair Tom Gray at ghwagray@comcast.net, or (253) 358-5193.

There are several places along the waterfront to view the start of the Le Mans on Saturday morning. Come down to Jerisich Public Dock, Skansie Brothers Park or the Maritime Pier.