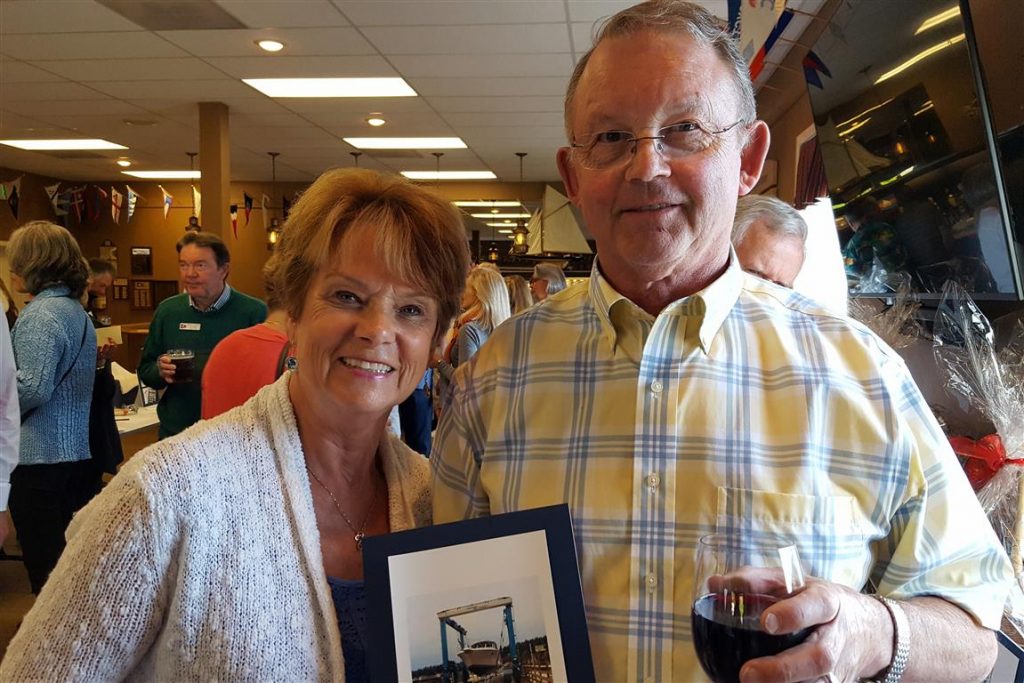 Marina owner and managing director Ron Roark, who is a member of the Gig Harbor Yacht Club, contributed the haulout service to the annual auction. He was eager to see who “win” and use his Travelift donation. “Let’s get a picture of who gets it,” he said before the event.

The Strands say they aren’t sure yet when they’ll have Jalinda hauled out, or even what they will have done on the 35-foot Bayliner when they do. “But whatever it is, it’s going to be something good,” said Linda Strand, who was recently voted in as rear commodore of the yacht club next year.