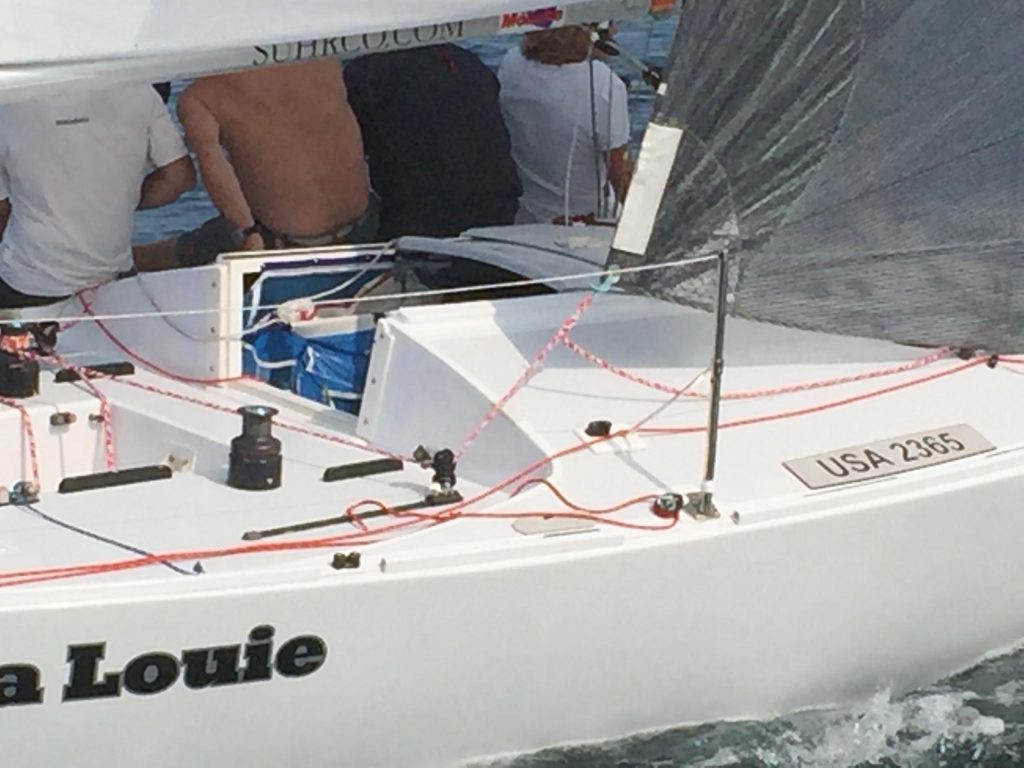 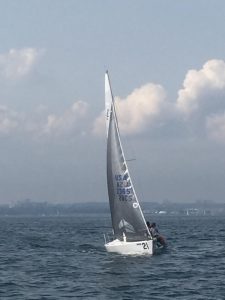 Last week, we shared with you the story of one of our boatyard employees making their way to J/24 Worlds in Toronto!

After the first of five days of racing, Lance McDonough and the Baba Louie team were sitting in 3rd place out of a 63 boat fleet!

“Yesterday went really well,” McDonough said. “The conditions have been a lot like Lake Washington, which has helped us, because we’re used to these conditions.”

Day two saw a 10th place finish in the second race, but was accompanied by a Uniform Flag Disqualification (UFD), which added 64 points (the number of the boats in the fleet +1) to their score.

“We pushed the start line in the first race and it cost us,” he said. “We dropped from 3rd to 19th because of the UFD.”

But optimism filled his voice over the phone when he said “The good news is we get 10 races in total in, and we can throw out our worst score, so if we keep sailing like we are, and we throw out that penalty, we’ll be back in the top 5.”

“There’s 3 boats from Seattle out here with us. Of course, we’re good friends with the teams on those boats.” 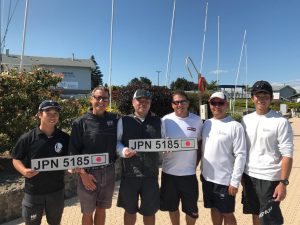 Lance McDonough and a couple of the Baba Louie team members catching up with their friends from Japan, who race Siesta

One of those boats is Tremendous Slouch, who is currently sitting in 2nd place after the second day of racing.

McDonough says he’s also having a blast between sailing and catching up with friends he’s made over the years at similar events.

“It’s been great catching up with people. We’ve been talking with the team from Japan, racing Siesta.”

The Baba Louie team looks to keep things going, with six races left over the next three days.

We can’t wait to see how they do, and want to wish them continued success!