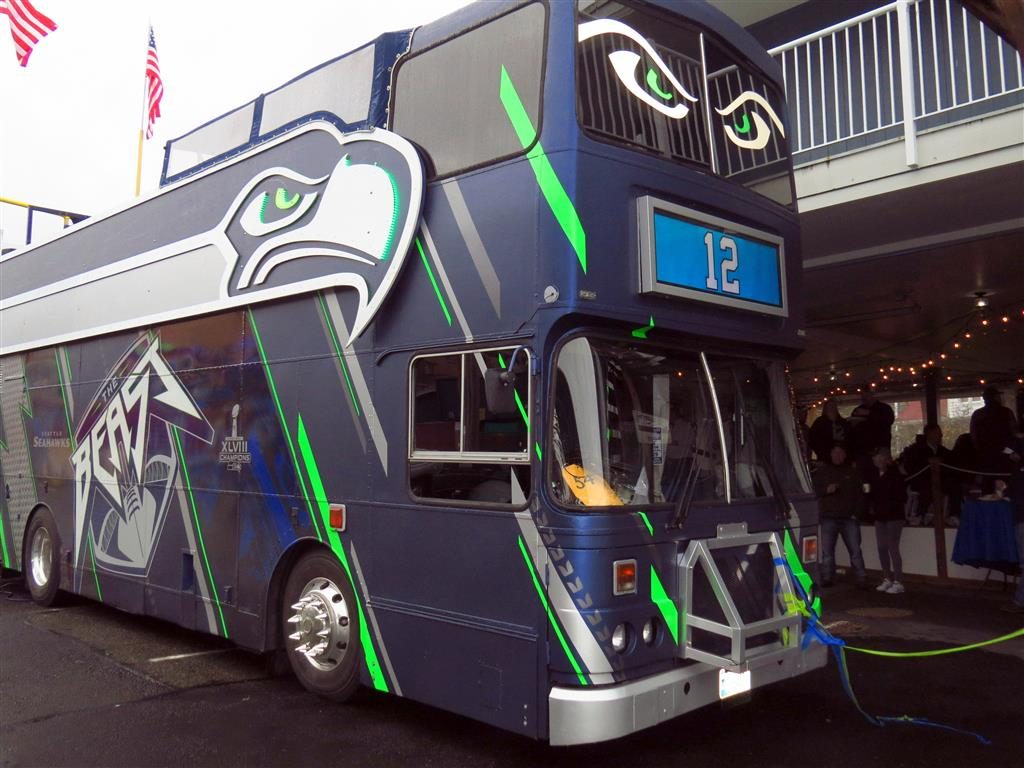 The Rotary Club of Gig Harbor is presenting its third annual Beast Bus Party at The Club @ the Boatyard, so make plans now to attend this exciting game-viewing party and be in the thick of Seahawk spirit and camaraderie. 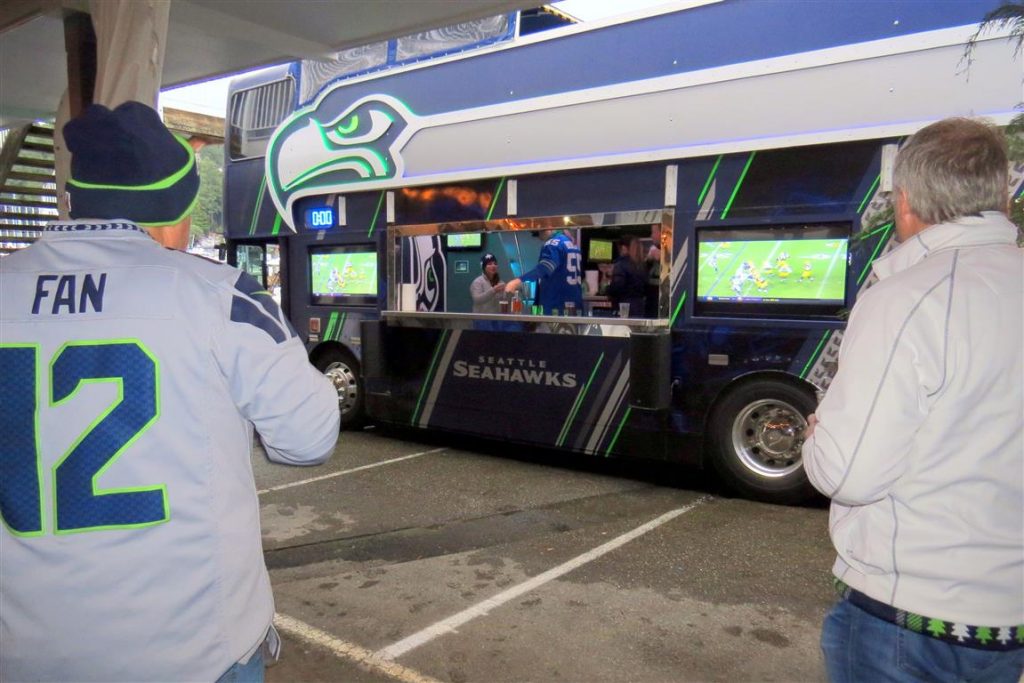 The fun takes place at Gig Harbor Marina & Boatyard on Oct. 8 for an away game against the Los Angeles Rams. Come to The Club @ the Boatyard and view the game on several large-screen TVs, tour the one-of-kind Beast Bus and hang out with lots of fellow Seahawks fans.

Game time is 1:05 p.m:  But you will want to show up early when all the food and festivities begin.

Doors at The Club open at 11:30 a.m:  The Rotary Club’s own Walker Sandlin will be providing excellent taste treats throughout the game, beginning with two varieties of breakfast burritos — breakfast sausage or chorizo sausage — along with a variety of tantalizing condiments.

Later you can feast on bratwurst and hot Italian sausages with the usual condiments and two sides: bacon and gorgonzola cheese potato salad & garlicky coleslaw.

Table munchie food such as nuts, candied pretzels and crackers will be available throughout the event and, of course, two kinds of Walker’s special brownies for dessert. 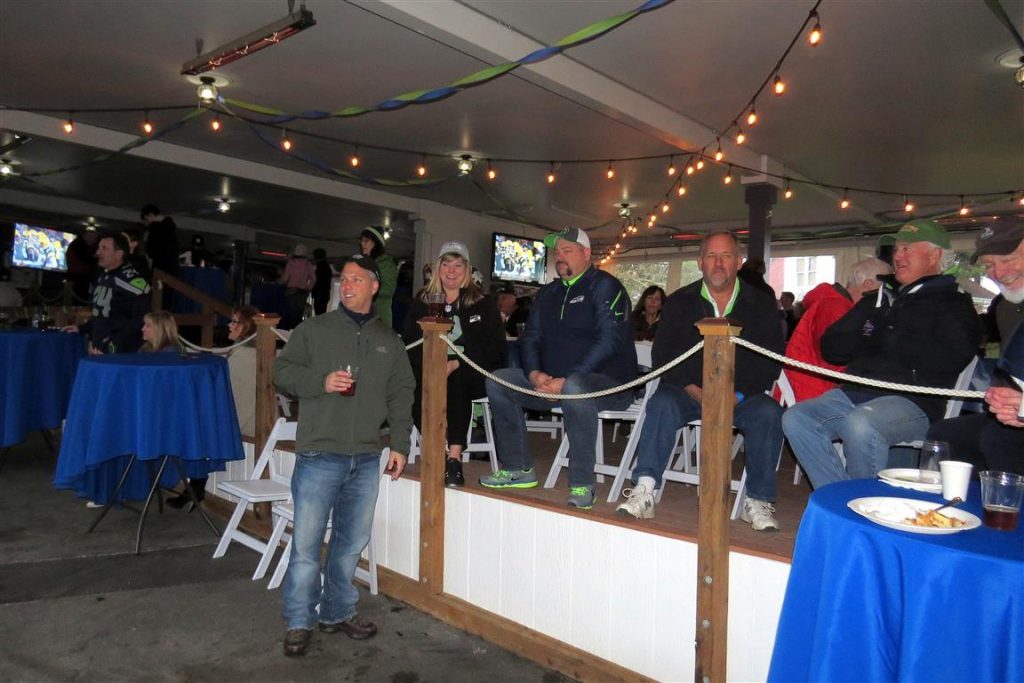 Then there is the bar:  Wine, spirits, beer, mimosas and plenty of Club Hospitality Manager Danielle’s special Bloody Mary concoctions will be available throughout the event.

Be on hand for this great time with the Beast Bus!

Tickets are the same as in the past:  $75 each —  with proceeds supporting ongoing projects of the Rotary Club of Gig Harbor.

Posted in Blog and tagged Beast Bus Party @ The Club, Party with Beast Bus at The Club @ the Boatyard, Seahawks game party @ The Club
← Baba Louie Sets Sights For Top 5 At WorldsStop for Sip & Stroll @ The Boatyard →