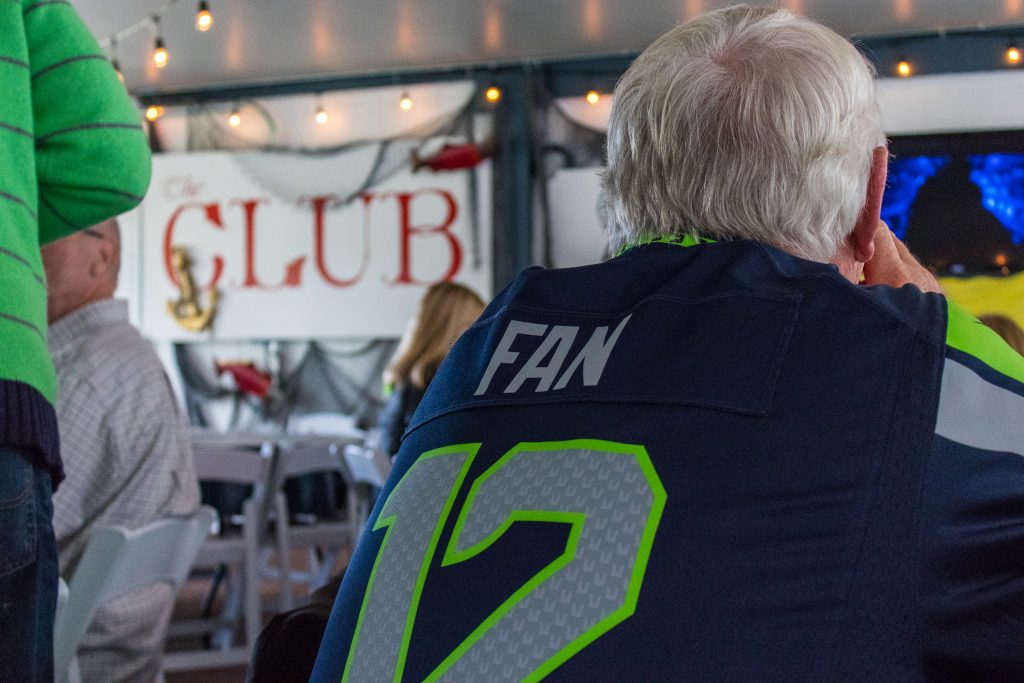 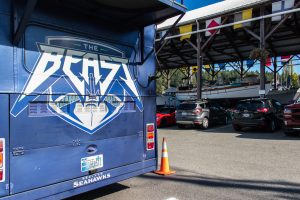 The Beast Bus parked by the Boatyard in downtown Gig Harbor.

The Beast Bus touched down at The Club on Sunday for the Seahawks/Rams game.

The locally famous 1985 double decker bus showed up as part of a fundraising event for the Gig Harbor Morning Rotary club.

“Rotary club of Gig Harbor is part of the international organization,” Rotary member, Hal Hodgins said. “Our motto is ‘Service above self.’ We help out with community service projects.”

Notable service projects around Gig Harbor include helping get the schoolhouse to the Harbor History Museum, a viewing platform at the Tacoma Narrows Airport, and the flagpole in Skansie Brothers Park. 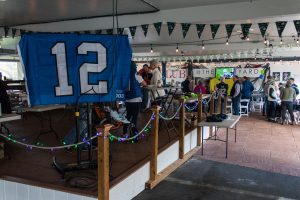 The Club @ The Boatyard decked out in Seahawks colors.

“We host a giant tailgate at every home game,” Loveman said. “It’s pretty nuts. We’ll have thousands of people turn up.” 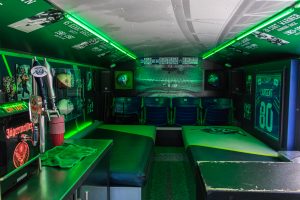 The lower level of the Beast Bus features a ring of honor, and the owner’s season ticket seats from the Kingdome.

When the team is on the road however, they make trips to fundraisers like the one on Sunday.

“We’re very charity based. We raise directly for Families for Early Autism Treatment. That’s mainly what we raise money for.”

Loveman, who moved to the U.S. in 2014 (during the Hawks’ Super Bowl championship season), quickly realized the impact the Beast Bus has in western Washington.

“Obviously we’re in Seahawks country. We’ve got a whole team behind [the Beast Bus] that are very approachable; I like to think we’re a fun bunch. We try to do as much in the community as possible.” 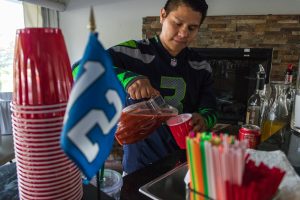 Bloody Maries and other drinks were available at the fundraiser on Sunday.

Loveman also encourages people to feel free to reach out and rent the iconic bus for other fundraisers, or even private events.

Overall, Sunday’s fundraiser went smoothly, and was capped off with the Seahawks’ 16-10 victory over the Rams.

We love hosting these kinds of events at The Club, and we can’t wait for the next one!