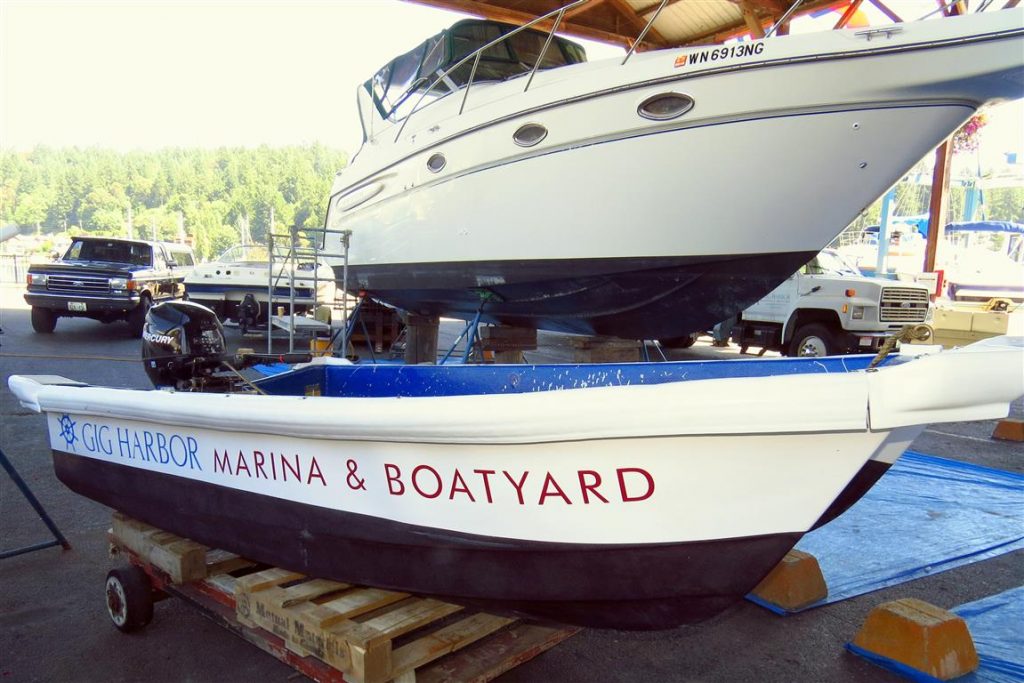 Boatyard Skiffs Get a Needed Overhaul

You’ve seen that we do the big jobs. But did you know that Gig Harbor Marina & Boatyard can also take care of small boat work?

We just refurnished our two aged boatyard skiffs to like-new condition and we can do this for your small boat, too.

The boatyard’s 10-foot Livingston skiffs of indeterminate age have been around longer than even long-time employee Richard Moller has been here — he came on board in 1993 — so no one can really pinpoint their exact age. But the two dinghies are at least 25-30 years old, guesses Yard Manager Hartwell Champagne, and they were way off course of being in ship-shape condition.

The once tired and worn Livingstons, used for towing boats for service and for shuttling to private docks in the harbor, were sanded down inside and out and completely repainted. The boatyard crew installed new rub rails and did a light overhaul of the skiffs’ outboard motors. 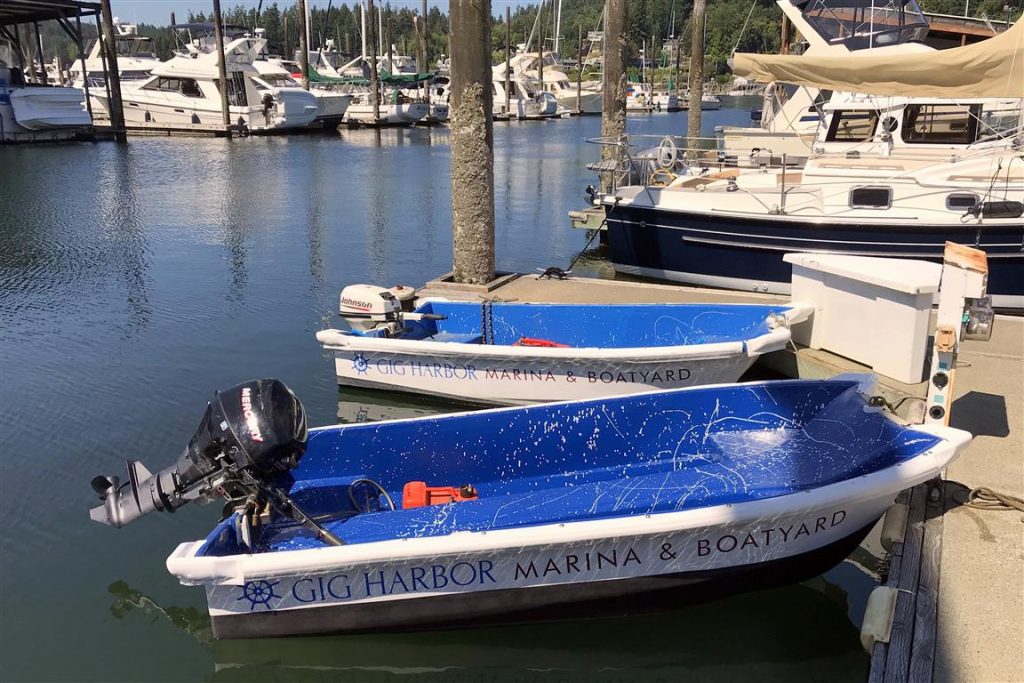 Gig Harbor Marina & Boatyard’s old Livingston dinghies get an overhaul by the yard crew and crisp new signage by marine graphic designer Margaux Serock. Come see what we can do for your small boat.

“We did a complete refurbishment,” said Champagne. “And we can do this for your boat, too.”