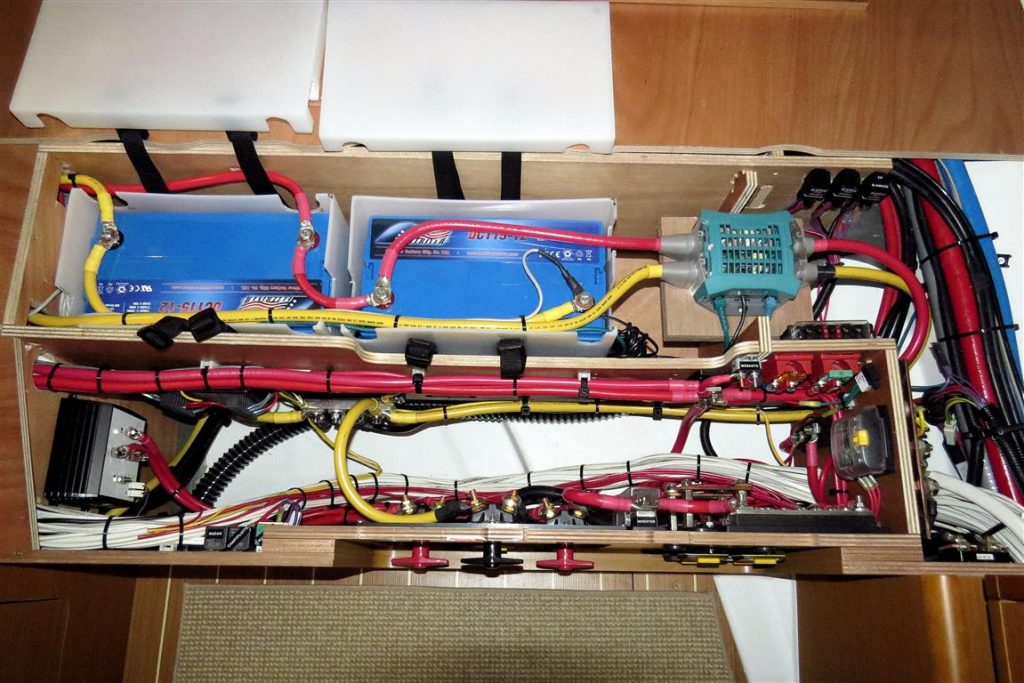 Sahale is charged and ready for carefree cruising after having her battery wiring reconfigured at Gig Harbor Marina & Boatyard.

“It was a noodle factory,” Hawke said. “The battery cables were helter-skelter so Lance cut off half of their length to eliminate unnecessary cabling. The more cable, the more resistance to flow.”

Yacht technician Lance McDonough did a masterful job on the work, which will allow the 2014 Jeanneau to take full advantage of her battery bank capacity, Hawke pointed out. 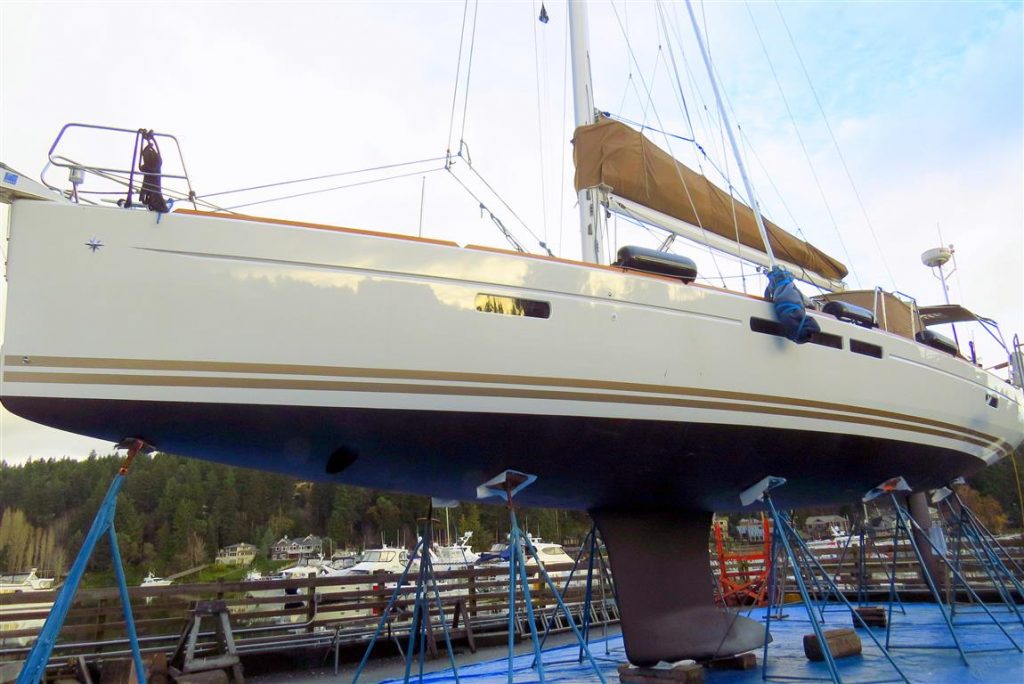 ‘Before’ Photos of Sahale’s Battery Wiring – 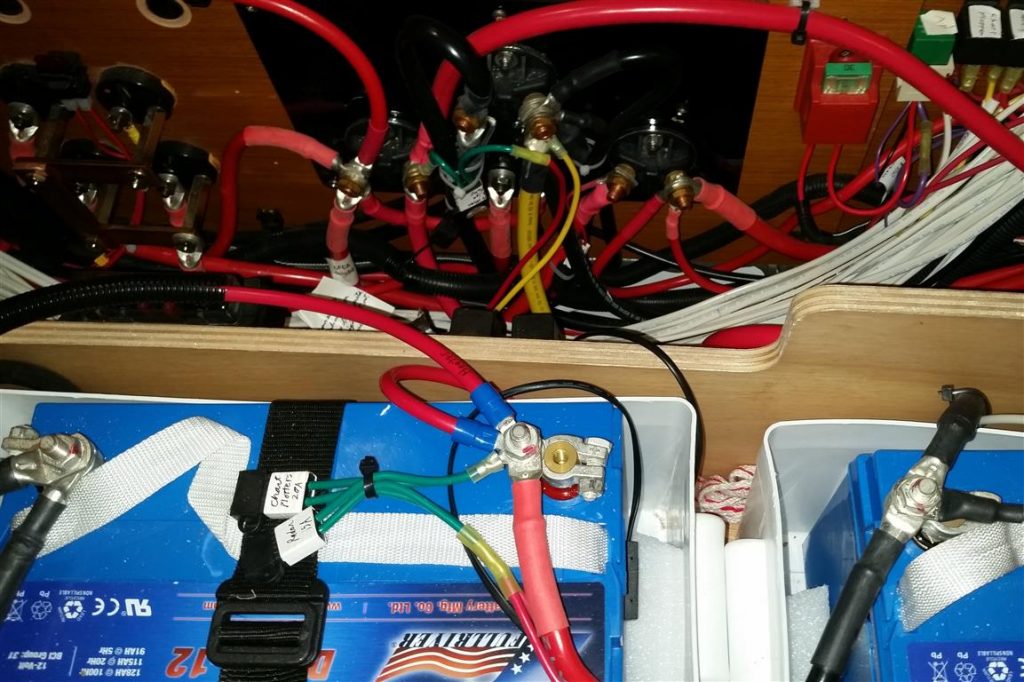 A previous technician had center-tapped the battery bank, instead of coming off the end of the battery, Hawke said. “This diminished the efficiency of the batter capability,” he added. 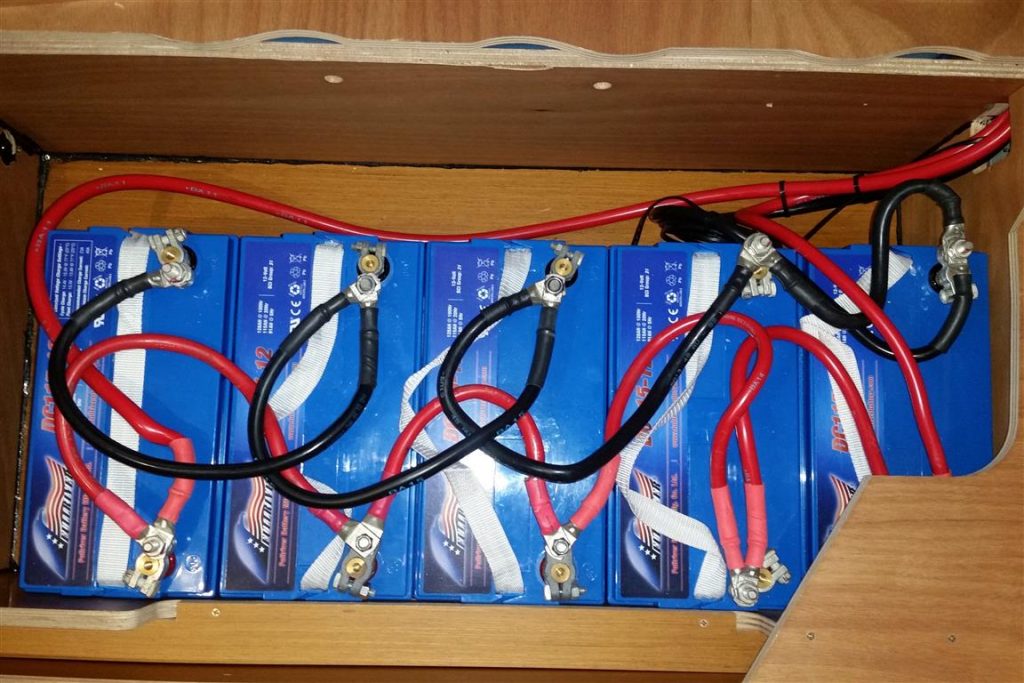 This photo shows the “helter-skelter noodle factory” on Sahale’s batteries that Hawke referred to above. Experienced yacht technician Lance McDonough eliminated unnecessary cabling by cutting out half of it, thus reducing resistance to flow through the cables. 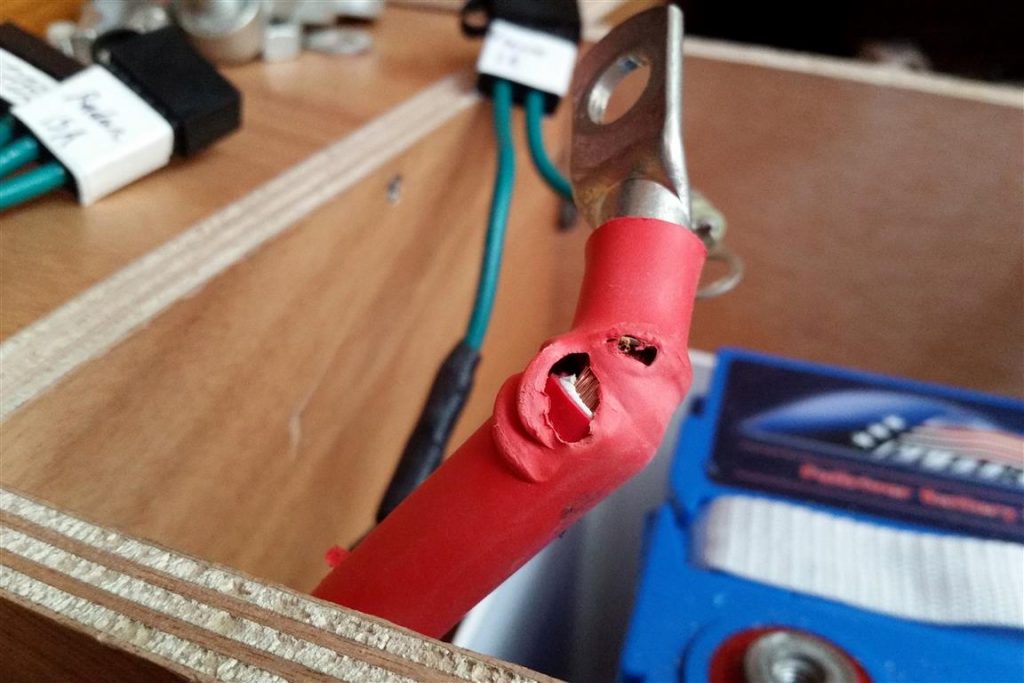 A bad crimp made for a bad connection on the Jeanneau’s battery. Lance’s skilled work soon fixed that. (These three “Before” photos taken by Lance McDonough.) 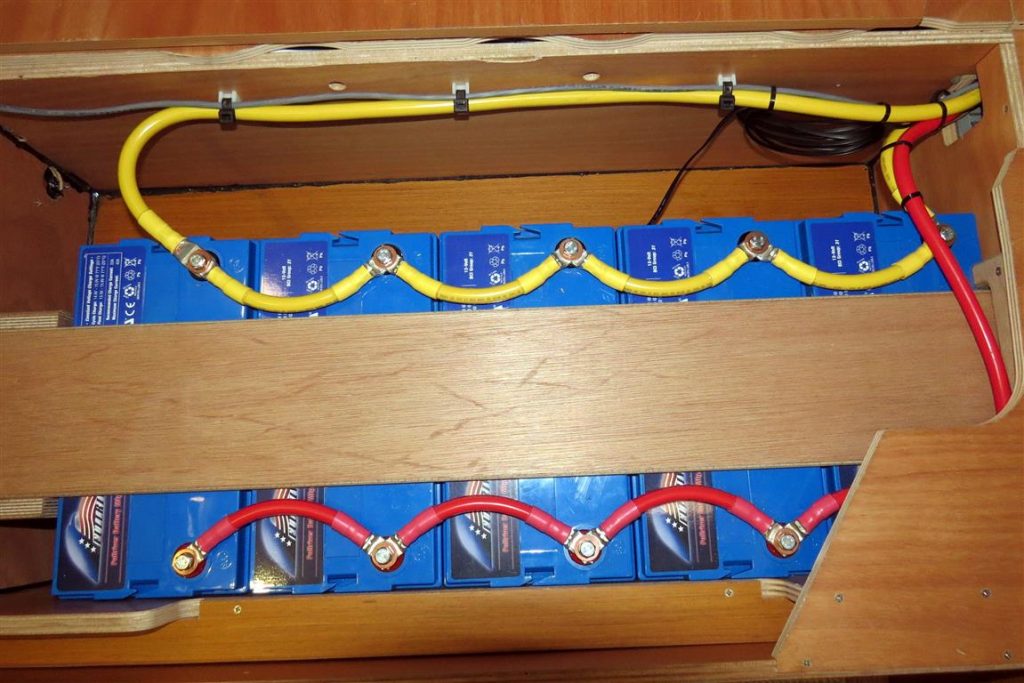 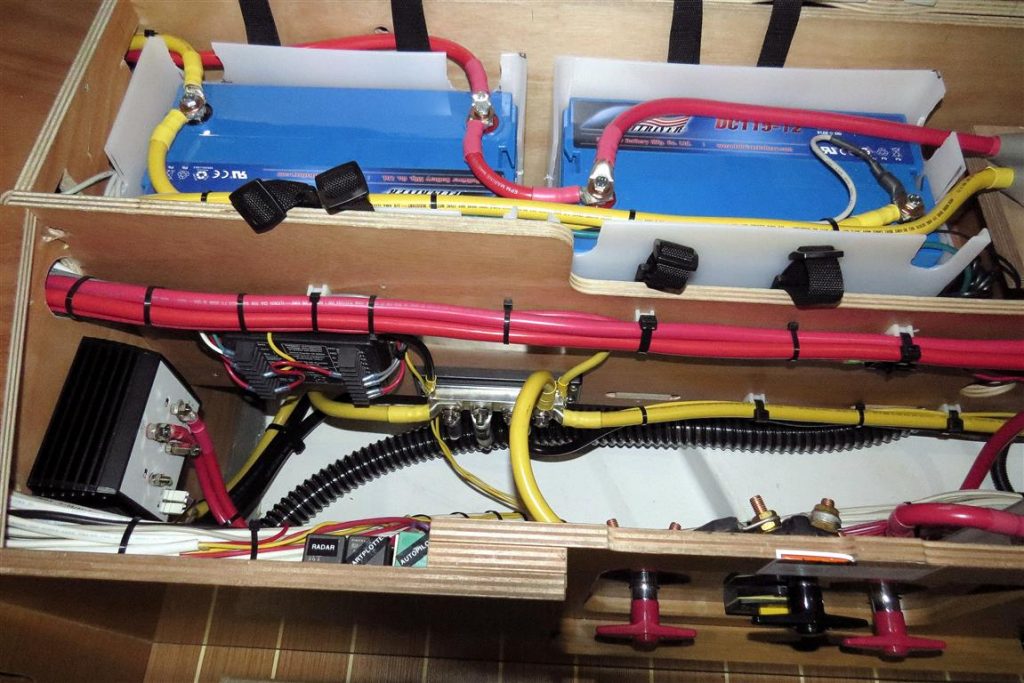 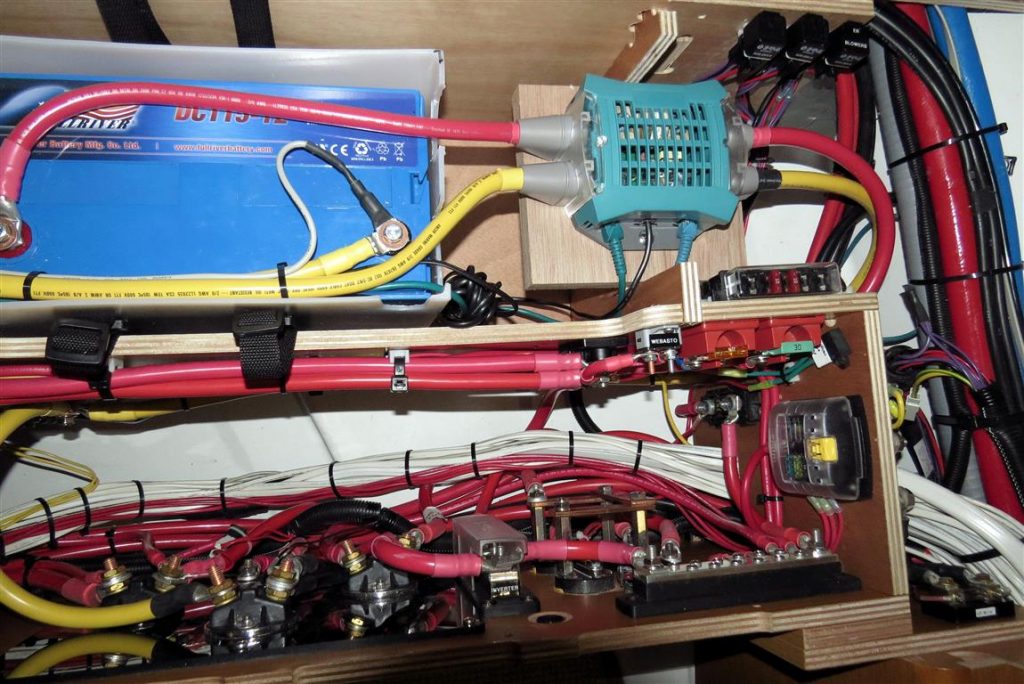 Sahale’s owner will now be able to take full advantage of the sailboat’s battery bank capacity after Lance’s reconfiguration of her DC wiring system.