One happy boat owner cashed in on a good deal at Gig Harbor Marina & Boatyard last week. He redeemed his “Boat Show Special” coupon for a complete bottom paint job. 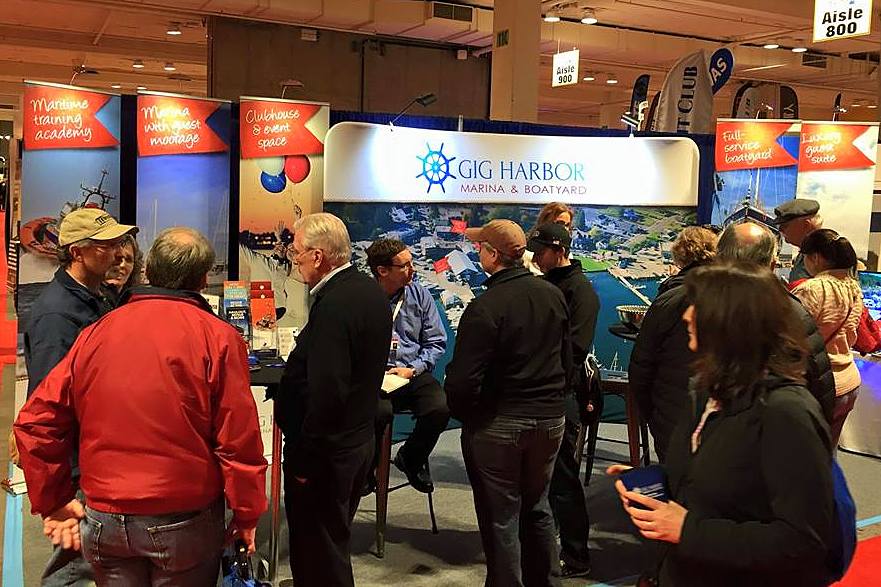 Our booth at the Seattle Boat Show was a popular attraction. Visitors stopped to see what’s new at the boatyard, and many received coupons for complete bottom paint.

Steve Franklin, (right, in photo above) a past commodore of the Gig Harbor Yacht Club, had his Catalina 400 sailboat hauled out for bottom paint and some mast work recently. He used his “Boat Show Special,” a coupon from the marina that he picked up at the Seattle Boat Show in January. Gig Harbor Marina & Boatyard was giving away 10 percent-off coupons for bottom paint at their booth at the annual boat show at CenturyLink Event Center. The recent “Seattle Boat Show, Indoors + Afloat” was the first time Gig Harbor Marina participated in the show, and the colorful booth proved to be very popular with visitors. Hundreds of people stopped by to learn about all the exciting new hospitality features — (have you heard about The Club, the JW food trolley and The Guesthouse?) — and to pick up a few good deals in the process.

Franklin, of Federal Way, and his friend Jon Freeman (left, in top photo), a board member of the Gig Harbor Yacht Club, brought Platypus to the yard to make use of the marina’s boat show special offer. 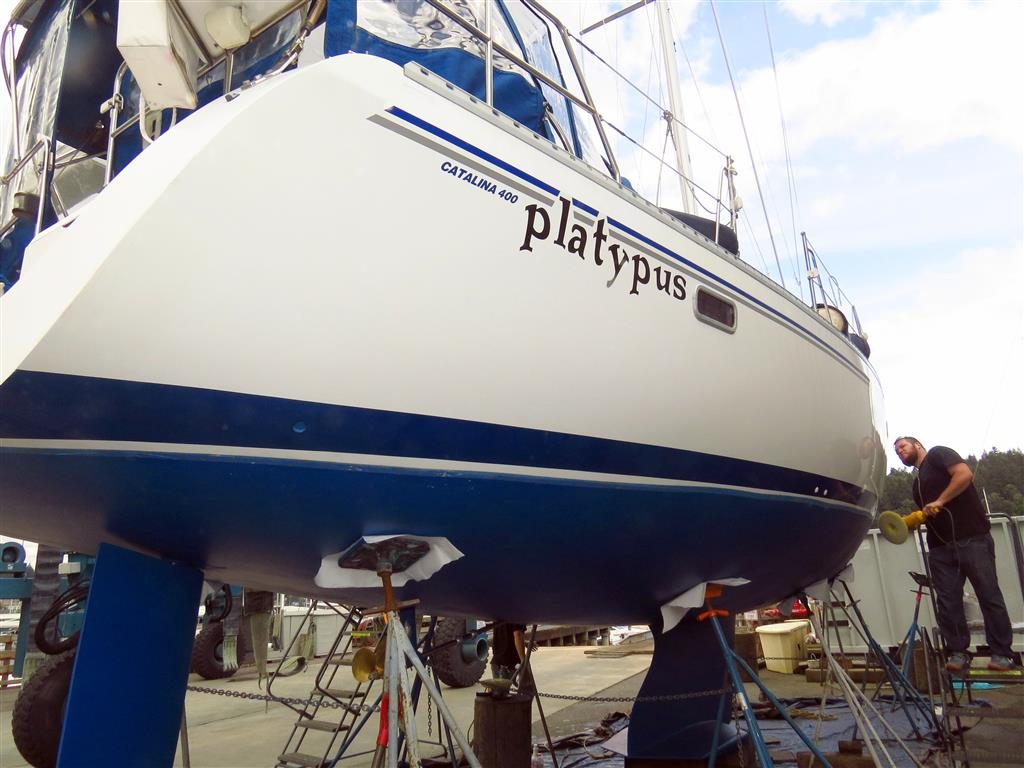 While on the hard, the Catalina was taken care of from top to bottom. The crew at Gig Harbor Marina & Boatyard gave her new bottom paint, waxed and buffed her hull and removed her propeller for the owner. They also removed and reinstalled Platypus’s mast. The boatyard’s boom truck, purchased last fall, now allows the marina to do heavy — and high — work they weren’t able to do before.

“The new boom truck is proving its worth,” said Mark Lindeman, boatyard manager at Gig Harbor Marina & Boatyard.  “Because of the boom truck we can unstep and step masts.” It has also proven handy in lifting out engines, he added. 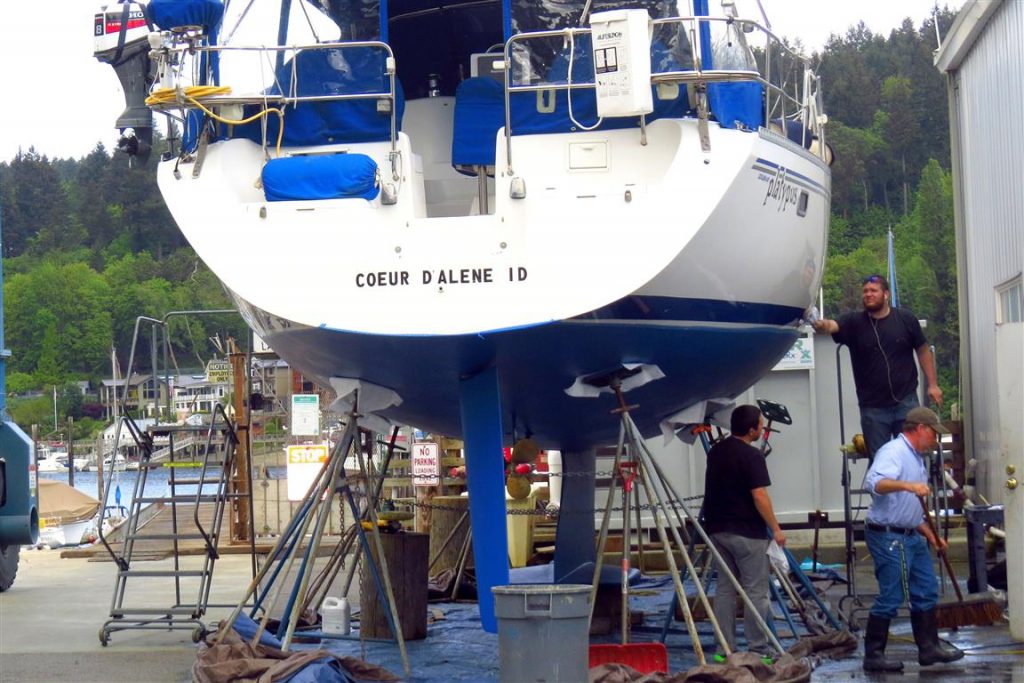 “Platypus” was well taken care of by the crew at Gig Harbor Marina & Boatyard.

If you stopped by our booth at the Seattle Boat Show, you may have a “Boat Show Special” that you haven’t used yet. Bring your coupon in for a good deal on complete bottom paint.

Like Loading...
Posted in Blog, Boat Maintenance and Repair in Gig Harbor, Gig Harbor Marina Boating Services, Haulout Services and tagged Boat Show Special
← “Wear Your Life Jacket to Work” on May 20Marina Digs in for Bar @ the Boatyard →