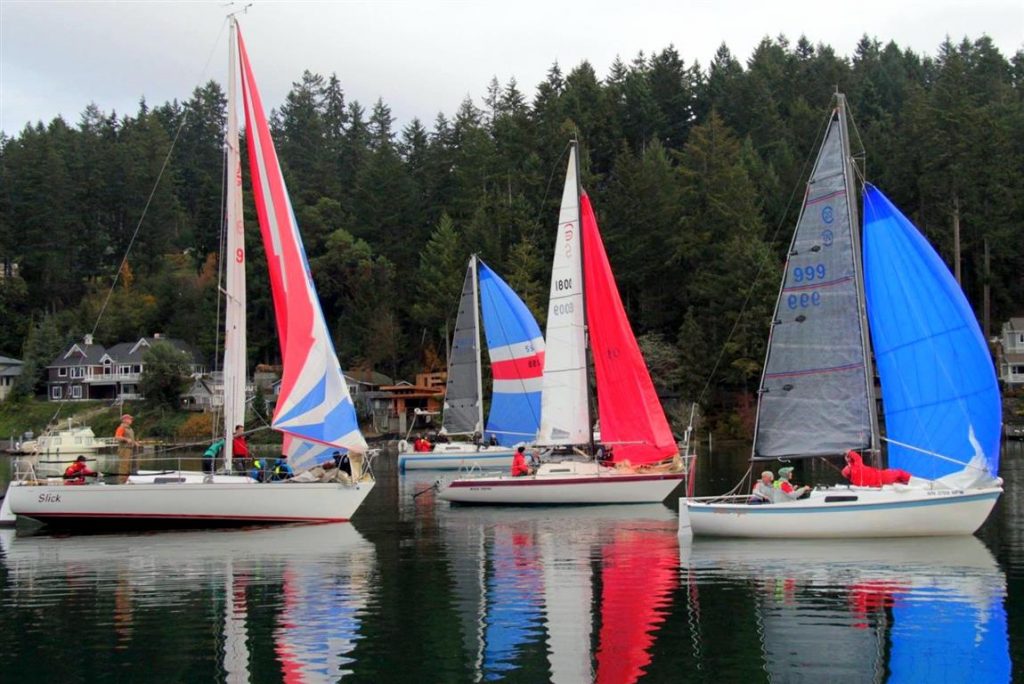 At Gig Harbor Marina & Boatyard we don’t just work on boats, we are active boaters.

Mark says staying active in boating keeps him in touch with his customers’ needs at Gig Harbor Marina & Boatyard. 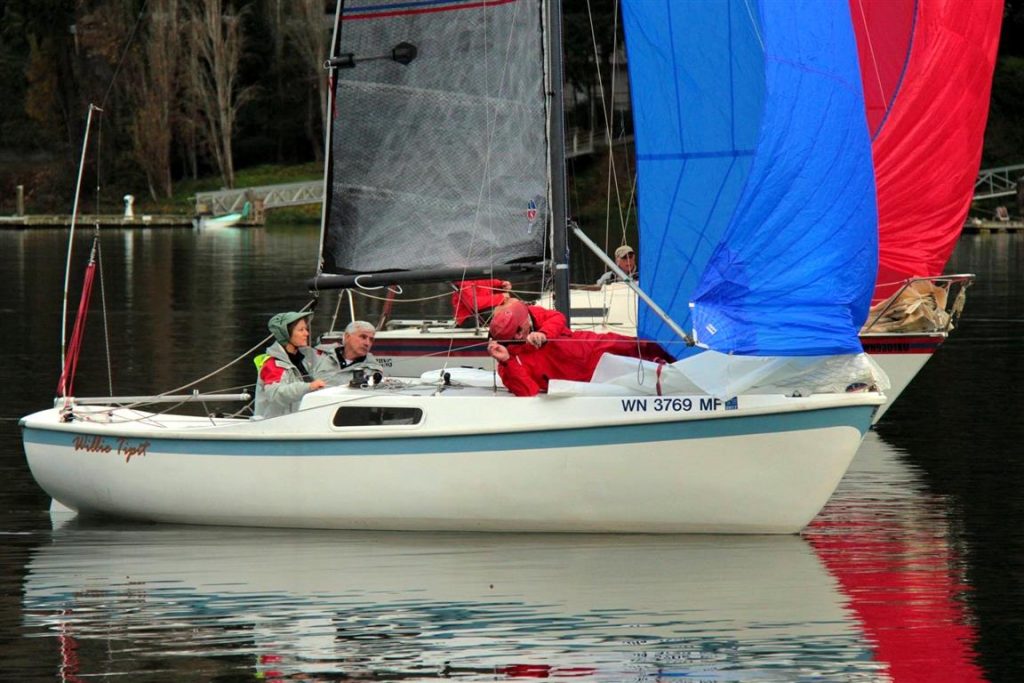 “Plus, it’s just plain fun!” he added. That’s Mark, above, in red rain gear lying on the deck trimming Willie Tipit’s spinnaker at the beginning of the race held on Nov. 19. 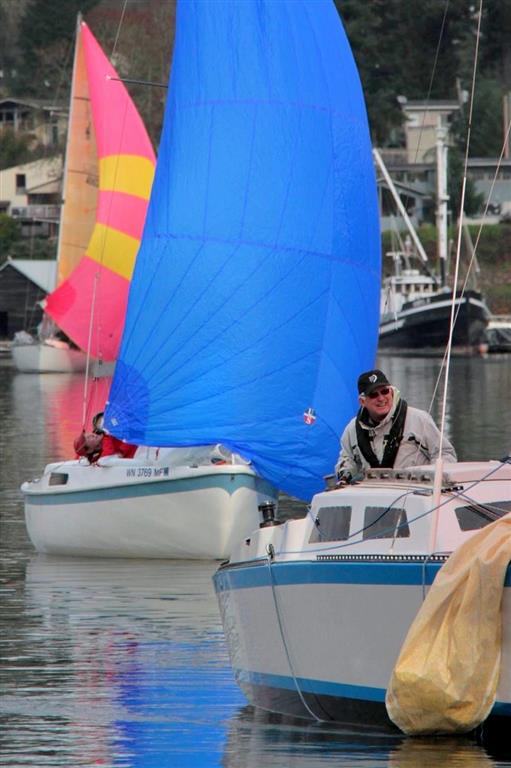 Mark Lindeman, boatyard manager at Gig Harbor Marina & Boatyard, is seen in red trimming the spinnaker on “Willie Tipit” during the recent Le Mans race out of the harbor. Lindeman is one of many active boaters ready to offer marine service and expertise at the boatyard. (All photos courtesy of Joe Petrich.)

The Le Mans race is one of the most popular sailboat races in the area, says organizer Jamie Storkman, sail chairman at the Gig Harbor Yacht Club.

Le Mans features a unique start:  Boats are at anchor in the harbor with sails down and the crews belowdecks. When the starting horn blasts, racing crews scramble topside, hoist the sails and race out the mouth of Gig Harbor.

Some 23 sailboats participated in this year’s Le Mans race, which started in the harbor, sailed up to Point Richmond and finished back in the harbor.