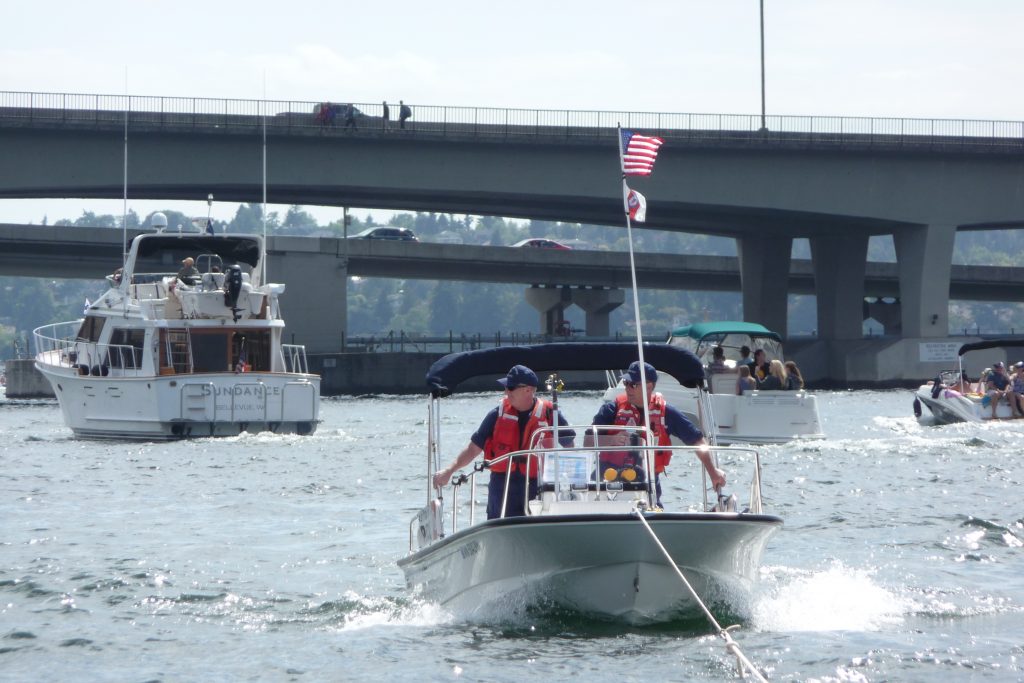 Bliss called Doug Wicker, outboard motor mechanic at Gig Harbor Marina & Boatyard, who was able to troubleshoot the problem over the phone.

“The motor shut down and we had to be towed back to Proctor Landing on Mercer Island,” said Bliss, a licensed captain and U.S. Coast Guard Auxiliary Coxswain. He was working with the Coast Guard Auxiliary on Lake Washington during Seafair Weekend Aug. 5-7. “But we had no power on the motor so we couldn’t tilt it up to tow the boat home.”

“Gig Harbor Marina & Boatyard’s technicians are so knowledgeable and skilled they can troubleshoot over the phone.” – Capt. Thomas Bliss

Bliss was with a mechanic from the Mercer Island Police Department on his 17-foot Boston Whaler, but they were still dead in the water. It was Wicker who got them out of hot water — all by phone from Gig Harbor.

“Doug walked me through a few things to try,” said Bliss. “He’s sitting at home doing this from memory. He said to try this and this and I did that and that, and bang — it worked and I got it to tilt up.  He saved us.”

Serving with the Coast Guard Auxiliary is a way for any boater to contribute to the education and safety of the boating community while using his or her own boat, Bliss said.

Bliss was very grateful for the help he received from Wicker, a skilled mechanic at Gig Harbor Marina & Boatyard. He also appreciated the help of Greg Levinson of the Mercer Island Police Department who drove him to West Marine for fuses he needed to tilt the motor back up.

“He said to try this and this…and it worked.” – Capt. Bliss

“The bottom line is:  No matter how well maintained your boat is they are, after all, boats and things happen,” said Capt. Bliss. “It’s just great to know there is help out there. Gig Harbor Marina & Boatyard’s technicians are so knowledgeable and skilled that they can troubleshoot over the phone and resolve a problem. It was awesome.”

“It’s just great to know there is help out there…It was awesome.” – Capt. Bliss