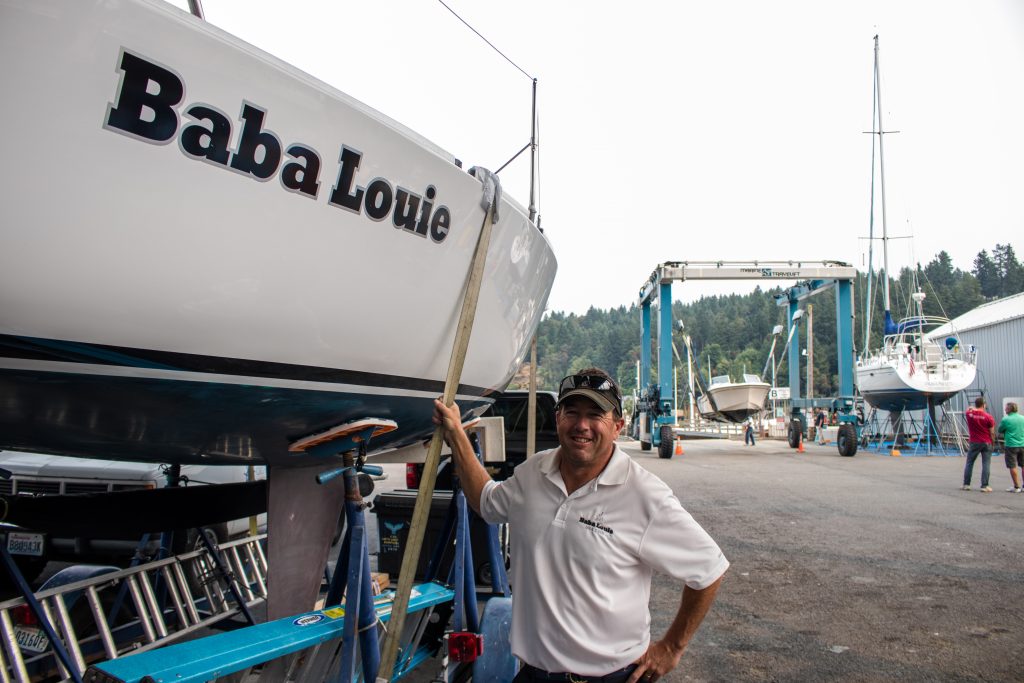 When Lance McDonough isn’t working on something in the boatyard, he’s usually out grinding away as a trimmer on Baba Louie, a J/24 sailboat that has seen some of the toughest competition in the world.

“This is One-Design racing,” McDonough said. “The measurements of the boats and sails are tightly controlled so theoretically all the boats are the same.” 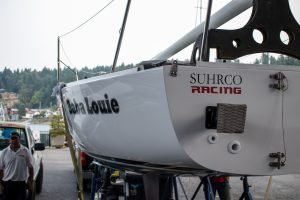 This week, McDonough will be trailering his team’s J/24 up to Toronto for the 2017 World Championships.

This won’t be your average South Puget Sound regatta. McDonough says the level of competition in these events is substantially higher than your typical race.

“You have to qualify for Worlds,” he said. “Essentially every boat is fully prepared and 100% up to speed. It’s more like going to a NASCAR race vs going to Spanaway Speedway.” 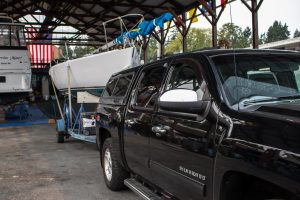 ‘Baba Louie’ sits on a trailer in the covered area of the Boatyard before heading to Toronto.

“Almost all of our employees are active on the water in one way or another,” said Mark Lindeman, Yard Manager for the Gig Harbor Marina & Boatyard. “Having Practical experience is one of the keys to our success.”

“We want to wish Lance and the rest of the team good luck at this highly competitive event.”

McDonough stressed the importance of focus in the upcoming races, saying ““In our local fleet, if we make a mistake, we might lose 3 or 4 places. The quality of the fleet at Worlds means if you make a mistake, you could lose 20 positions.”

To follow this event, check in at www.pcyc.net, where updates are expected to be posted.

We want to wish Lance and the rest of the team luck at Worlds this year, and we are proud to have him as an employee here in Gig Harbor! 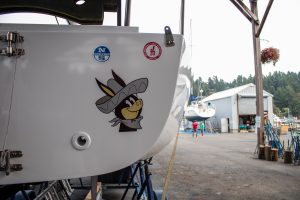