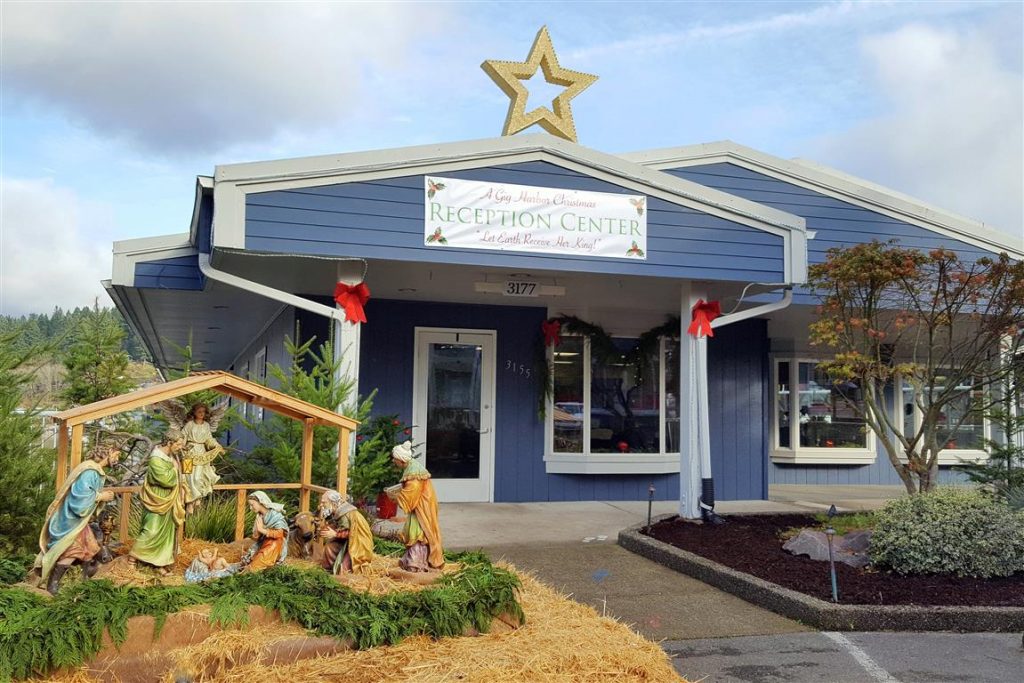 Just a quick bit of catching up on news delivered at the end of the Christmas season: The beautiful Nativity scene outside the Reception Center at Gig Harbor Marina & Boatyard won the People’s Choice Award in the holiday decorations contest on the waterfront. 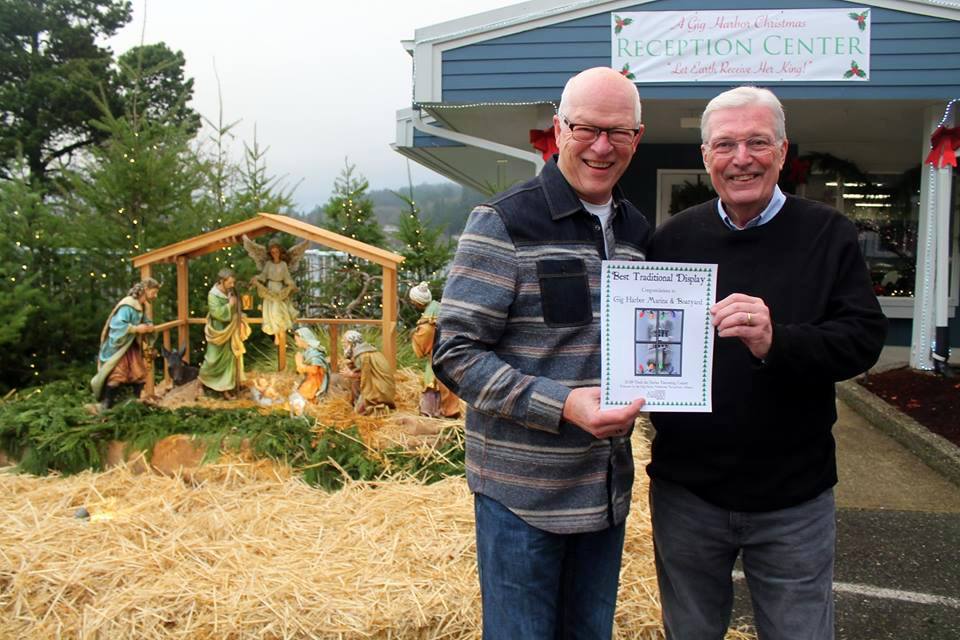 The prize awarded by the Gig Harbor Downtown Waterfront Alliance came on the heels of the boatyard also winning for Best Traditional Display in the Alliance’s annual decorations competition.

Both prizes were gratifying gifts at the end of a successful, cooperative effort to bring a nativity scene back to the waterfront. A Nativity Committee made up of local church leaders and merchants worked together to offer the Nativity display, along with a warm and welcoming Reception Center on Harborview Drive, during the Christmas season.

Gary Wiens, Nativity Committee organizer and leader of Burning Heart Ministries, Inc., was pleased with the outcome of the nativity and Reception Center project, which he estimates brought in 300-350 visitors during three weeks of December.

“The project came off literally without a single glitch or issue of any kind!” he said. “Every person and group who made a commitment either showed up on time or communicated sufficiently, and all with great enthusiasm and graciousness.”

“We are excited about the possibilities of doing this again next year in some downtown location, even as we anticipate the return of the original Nativity display to its rightful place in the city park.” – Gary Wiens

“Much affirmation was voiced for (Managing Director of Gig Harbor Marina & Boatyard) Ron Roark and the marina and boatyard for stepping up to provide the setting for the display,” he added.

“I believe that the majority of people in Gig Harbor and the surrounding region have deeply-held Christian values and are weary of those values being suppressed by the political correctness of the past few years,” Wiens said in a wrap-up of the season.

“The experience of seeing the display, hearing the carols, gathering together for worship and having the opportunity to give and receive gifts, plus the unapologetic declaration of the true meaning of Christmas — the coming of Christ into the world — resonated deeply with the beliefs in the hearts of the people, and they were grateful. The most common response, simply, was: “Thank you for doing this!”

As coordinator of the event, Wiens wished to express his deep gratitude to all who participated by giving their time, energy and monetary contributions to the Nativity project. 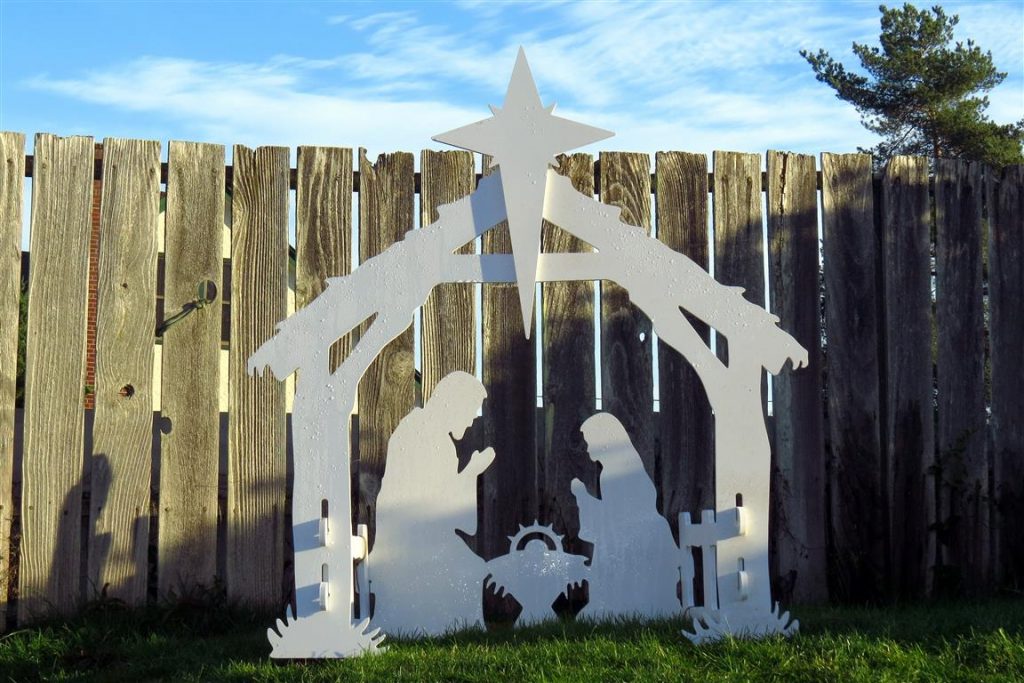 The original “Sons of Thunder” Nativity scene was on display in Gig Harbor City Councilman Jim Franich’s yard on Harborview Drive this past Christmas season. It was displayed for many years in front of the city’s Christmas tree in Skansie Brothers Park on the Gig Harbor waterfront.

“We are excited about the possibilities of doing this again next year in some downtown location, even as we anticipate the return of the original Nativity display to its rightful place in the city park,” he said.