Each third Saturday in May, on Armed Forces Day, Gig Harbor Marina & Boatyard proudly raises its huge flag in downtown Gig Harbor. Old Glory flies at the end of the iconic boat service shed all summer and into fall, until it is lowered on Veterans Day.

This year the honors were done by Yard Manager Jeff Broders, a veteran of the U.S. Marine Corps, and long-time Yard Supervisor/Travelift Operator Mark Rybin. As the three of us headed out back where the flag is attached to the building with the nautical running rigging of a sailboat, Jeff ducked inside the office. 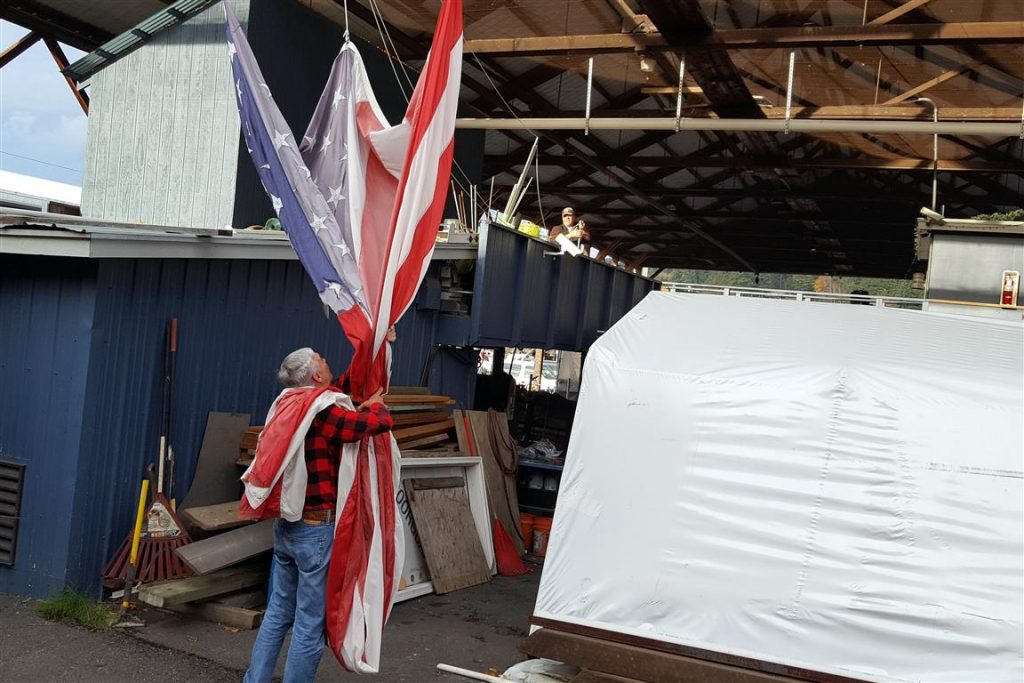 Mark Rybin, up on the building, loosens rigging so the flag can be lowered for the season at Gig Harbor Marina & Boatyard. Yard Manager and Marine Veteran Jeff Broders carefully gathers the flag.

He came right back out and handed me a printout from the Internet. It was the explanation of the significance of each fold of the U.S. flag by the American Legion Auxiliary. Now, as a mom of an Eagle Scout I attended years of Boy Scout meetings, courts of honor and numerous other Scouting events that always opened and closed with color guard ceremonies. I had never heard that each fold of the flag into its neat triangle held a significant meaning.

Thank you, former Marine Gunnery Sergeant Jeffrey Broders for sharing this information as we honored our veterans this week.

The symbolism of the 13 folds of the U.S. Flag

If you’ve attended a funeral honoring a veteran who served our country, perhaps you witnessed the folding of the flag that once covered the casket of a loved one. Each of the 13 folds of the flag holds great significance. 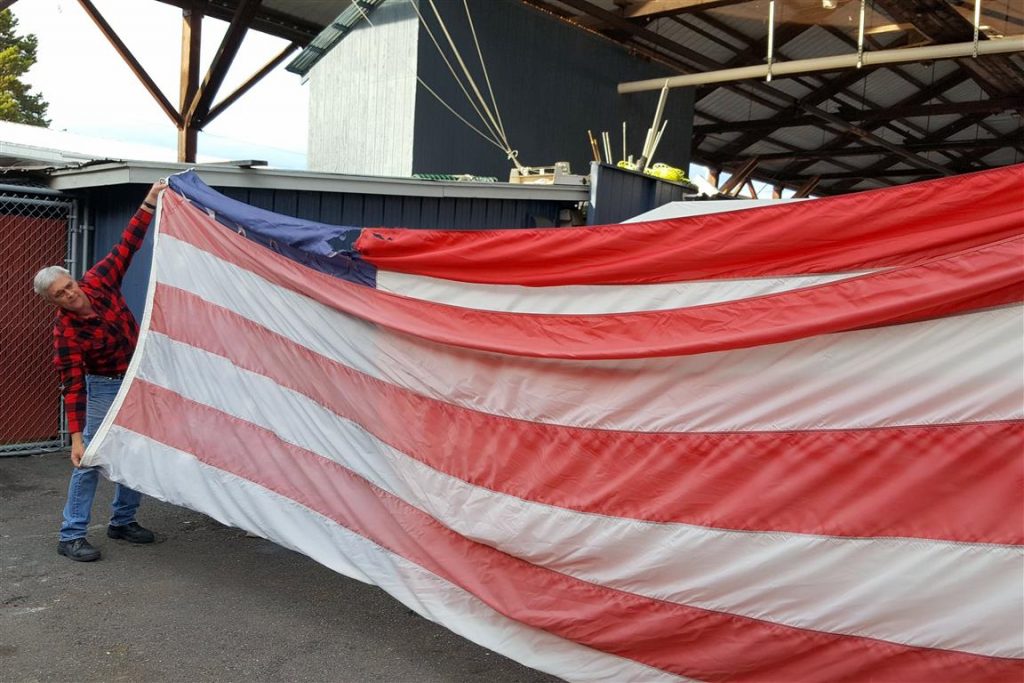 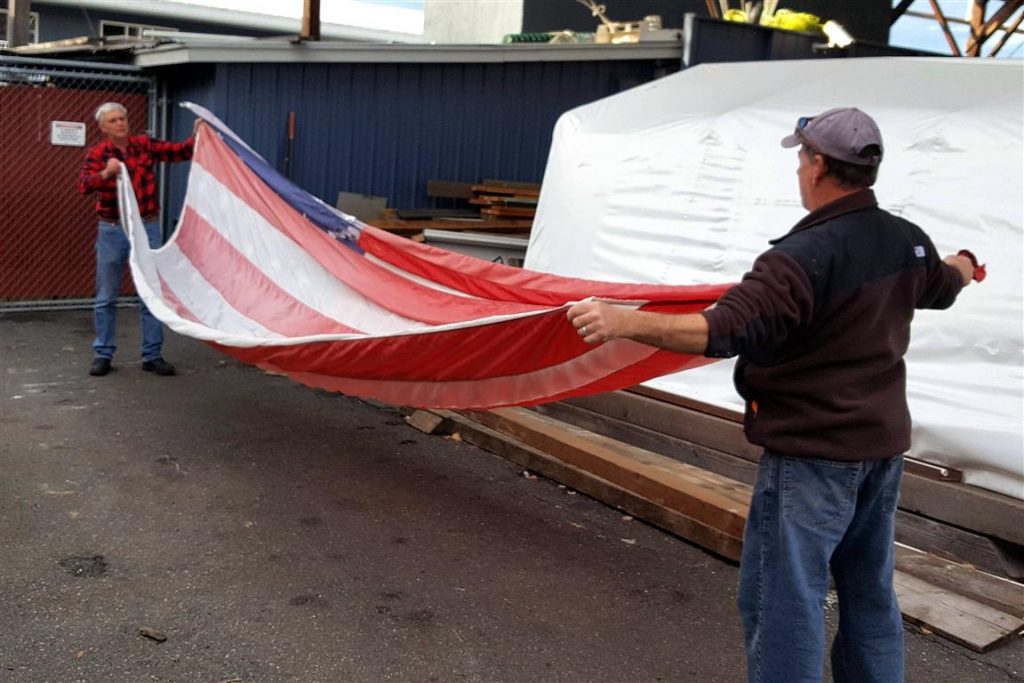 Above: Broders, left, and Rybin fold the flag.

At the ceremony of retreat, a daily observance at bases during which all personnel pay respect to the flag, “the flag is lowered, folded in a triangle fold and kept under watch throughout the night as a tribute to our nation’s honored dead. The next morning, it is brought out and, at the ceremony of reveille, run aloft as a symbol of our belief in the resurrection of the body.” 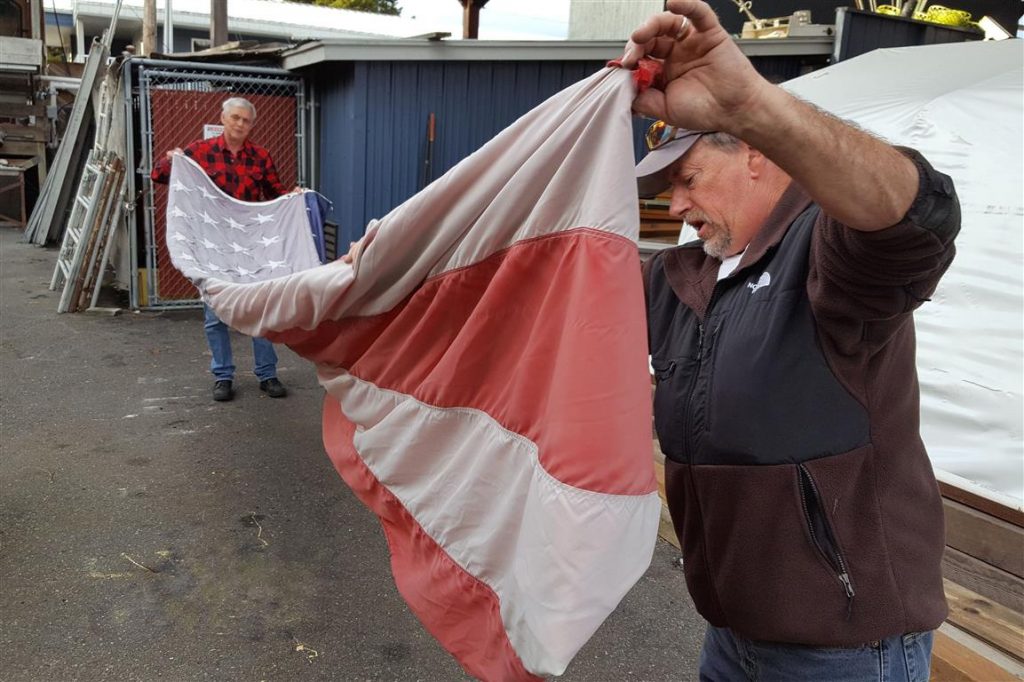 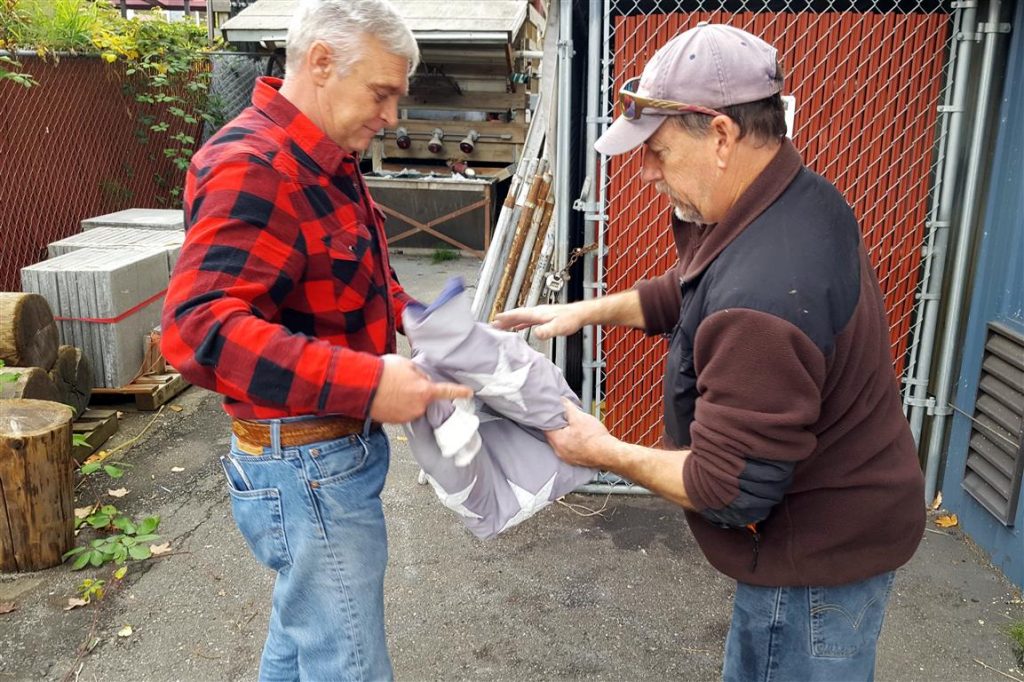 The boatyard flag is properly folded to be put away at the end of Veterans Day on Nov. 11. The worn and faded flag will likely be officially retired in a future ceremony.