Bella’s puppies went to new homes last week. It’s no surprise, really. They were all spoken for even before they grew into adorable balls of bouncing black fluff.

If you hadn’t heard, Bella, the endearing teacup poodle that follows her owner, Mike, everywhere he goes at his job at Gig Harbor Marina & Boatyard, had puppies at the boatyard this spring. She chose May 6, the Friday leading into Mother’s Day weekend, to give birth to four tiny, bratwurst-sized puppies in a cardboard box of rags that the office ladies prepared. 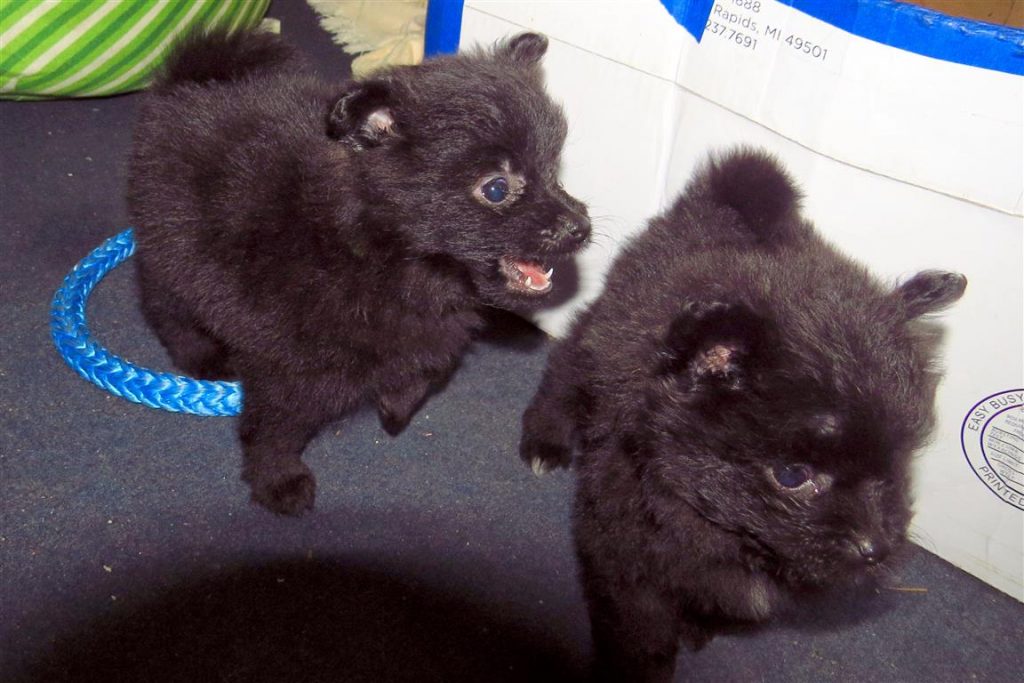 The first-time mom took to her new role like a Westminster champ and guardedly nurtured her brood of three male and one female Pomeranian/poodle mix pups. Office Manager Jenn Brown and comptroller Cheryl Jones took on puppy-nanny duty between customer phone calls and boatyard invoices, giving mom and pups a quiet, safe place to sort out their new world. 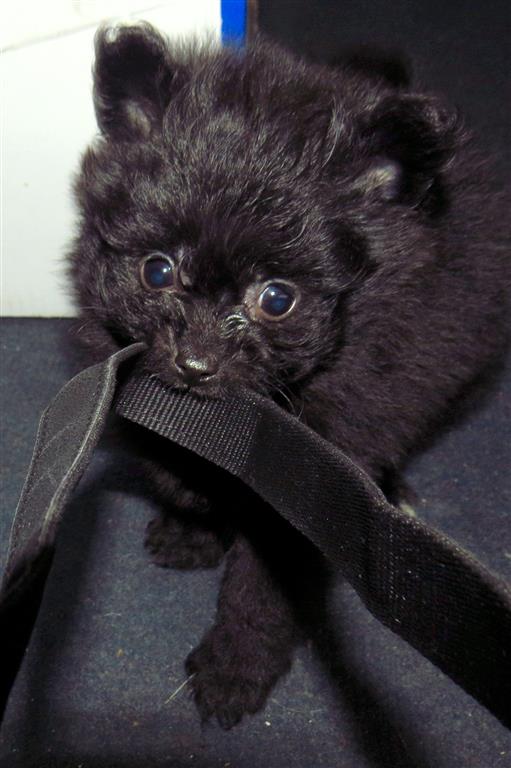 After seven weeks, though, the sleepy, sleek “Pomer-poos” were weaned and hopping in and out of the cardboard box like enormous furry bumblebees. Hilariously adorable and full of joy over life, they cavorted and wrestled with each other, tumbling balls of fur never holding still long enough for a camera to focus.

Seven weeks fell on Friday, June 24, and it was a sad day for Jenn and Cheryl. The babies they nurtured and named Roy, Ricky, Bobby and Pip, and had looked forward to seeing everyday when Mike brought Bella and the cardboard box to work, were leaving. All four puppies were being picked up that day by their new owners. When I got there to take some final pictures, one puppy had already been picked up and it had been difficult for the puppy nannies.

“We’re glad they’re going to people who will love them,” said Cheryl, “but this is hard and we don’t want them to go. We’re not going to let any more go.” 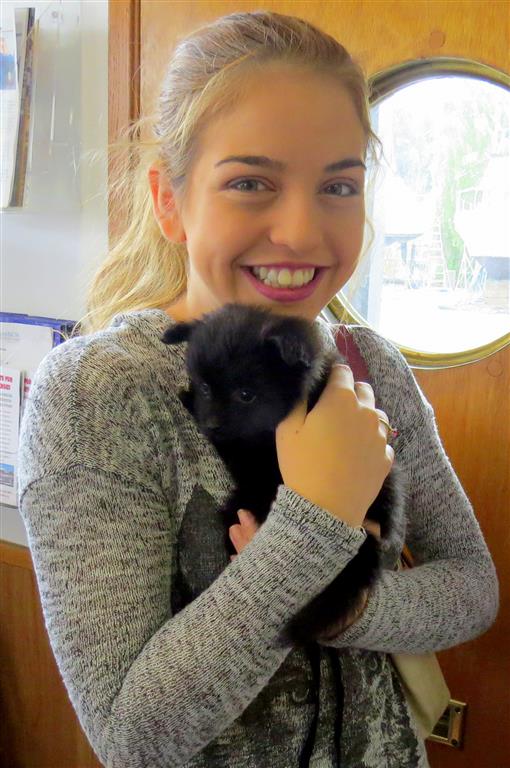 Just then, as if on cue, the office door opened and in came the next new puppy owner. Kayla Rivera-Hoskinson, 19, was there to take home Roy, which she and her mom, Jenny, a boat detailer, had picked out and named a few weeks earlier.

“This is my first puppy,” said Kayla, beaming with delight as she nestled the small, bewildered bit of fur against her. “I’m so excited and I’m so happy that I could hardly sleep last night.”

“You have to bring him back in to see us,” called Jenn as Kayla and Roy went out the door. “I will,” promised Kayla as the door closed.

Two of the four babies were now gone and the office grew very quiet. Ricky, who is Cheryl’s favorite, was to be picked up later that day, by someone the office ladies didn’t know.

It eases Jenn and Cheryl’s aching hearts some that two of the puppies will stay somewhat connected to the marina office. Bobby (also dubbed Blues Clues) was adopted by Jacques Henri, the event planner who has office space at the Northwest Maritime Academy at the boatyard; and Pip is going to Boatyard Manager Mark Lindeman and his wife, Jaye.

Bella looked around at her shrinking family, but seemed to be handling it better than the watery-eyed office staff. With the kids raised, Bella will soon be back on duty, following her best friend Mike around the boatyard. Read earlier blog about Bella Has Puppies.