Boatyard crew put up our flag this morning and the stars and stripes will fly along the Gig Harbor waterfront throughout the summer season.

The flag joins more than a dozen beautiful flower baskets hanging on the main shed at the boatyard, all heralding the beginning of summer on the harbor. 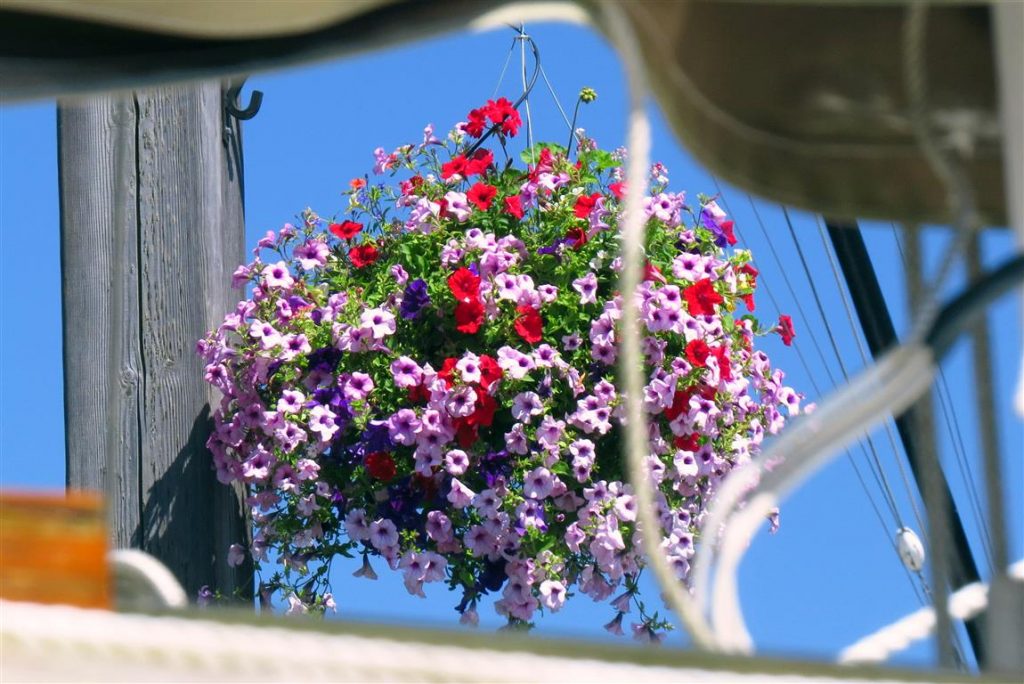 “Our policy has been to keep our flag up through Veteran’s Day,” said Ron Roark, managing director of Gig Harbor Marina & Boatyard.

Like most years, the flag went up in time to honor Armed Forces Day, this year celebrated on May 19.

Armed Forces Day is celebrated annually on the third Saturday in May. Thanks to President Harry S. Truman, it’s a day to pay special tribute to the men and women of the Armed Forces. Truman led the effort to establish a holiday in order for citizens to unite and to honor our military heroes for their patriotic service in support of the United States of America.

Originally, there were single day celebrations for each branch of the military: the Army, Navy, Marine Corps and Air Force. This format changed on Aug. 21, 1949, when Secretary of Defense Louis Johnson announced the creation of Armed Forces Day.

Stemming from the unification of the armed forces under the Department of Defense, the annual celebration now commemorates all branches of the military on one day.

The first official Armed Forces Day took place on May 20, 1950, and was themed “Teamed for Defense.” In honor of the special day, B-36 Bombers flew over state capitals, a march was led by more than 10,000 veterans and troops in Washington, D.C., and over 33,000 people participated in a New York City parade.

In 1961, John F. Kennedy declared Armed Forces Day a national holiday. It is celebrated by parades, exercises and receptions that highlight and honor the military and all of its strength.