Military Appreciation Day at Sehmel Homestead Park is Aug. 4, and Gig Harbor Marina & Boatyard will be there as a proud supporter of the military in our community.

The Captain Meriwether Lewis Chapter of the Association of the United States Army (AUSA) is hosting the 4th annual military appreciation event at Sehmel Park on Friday from 9 a.m. to 3 p.m. The Gig Harbor AUSA chapter supports the 201st Military Intelligence Brigade out of Joint Base Lewis McChord (JBLM).

“The picnic is intended to show our appreciation for the military and their families,” says the local AUSA’s Facebook event page. “This will be the fourth year we host the picnic at Sehmel Park.”

The chapter expects about 1,200 people to participate this year. One of the highlights of the event is the friendly rivalry softball game between the military, fire and police departments.

Gig Harbor Marina & Boatyard will have a booth at Military Appreciation Day and staff will be handing out water bottles. Youngsters can pick out a toy boat from the booth’s kiddie pool, said boatyard Hospitality Manager Danielle Taylor.

“Come out and join us in appreciation of all our military,” said boatyard General Manager Ron Roark, “specifically the brigade we sponsor.”

The Captain Meriwether Lewis Chapter of AUSA has enjoyed the support of Gig Harbor Marina & Boatyard, the local Chamber of Commerce and the City of Gig Harbor over the years. On July 24 Gig Harbor Mayor Jill Guernsey proclaimed Aug. 4 to be “Military Appreciation Day.” 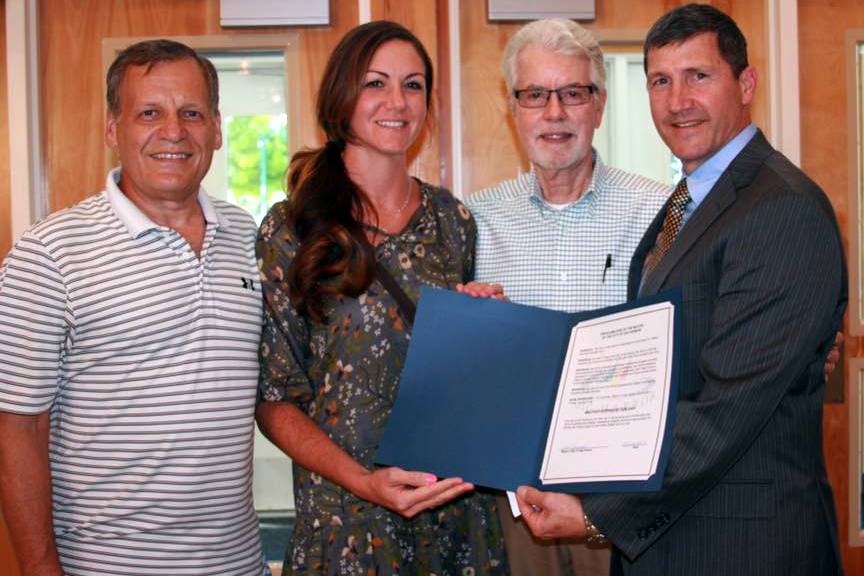 “The City of Gig Harbor, PenMet Parks, the Gig Harbor Chamber of Commerce and members of the 201st Expeditionary Military Intelligence Brigade have remained engaged in the planning efforts since day one.