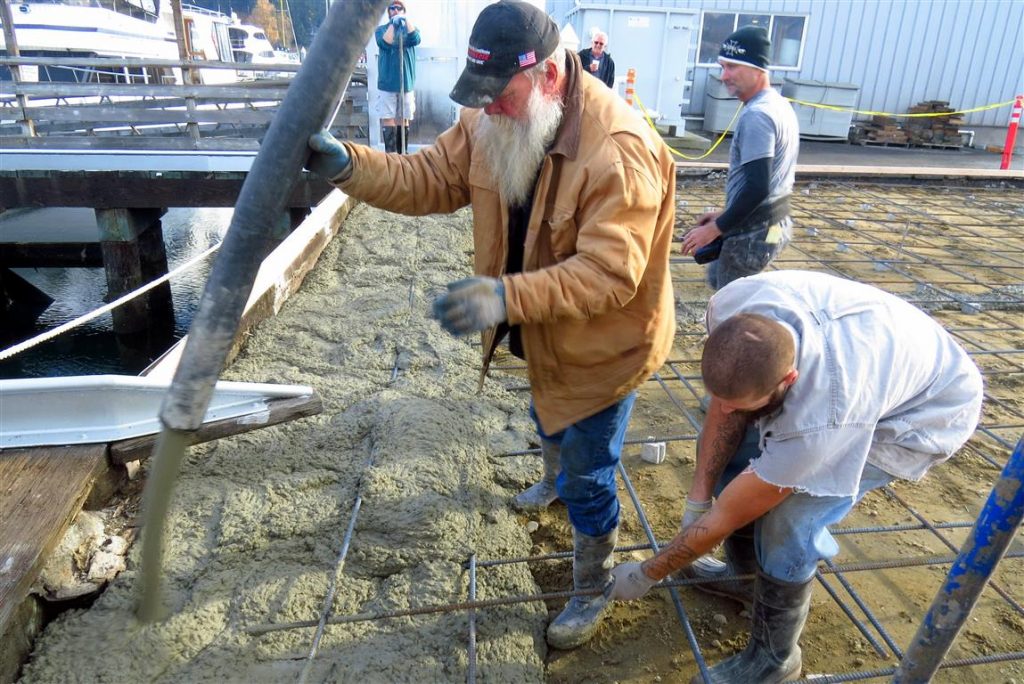 Our 50-metric ton Marine Travelift is a very busy piece of equipment, hauling boats in and out of Gig Harbor bay all year long.

During the busy season, long-time marine lift operator Mark Rybin says he lifts out as many as six or seven boats a day, adding up to hundreds of haulouts a year. All of that rolling tonnage, cradling boats up to 60 feet long in the slings, takes its toll on the concrete pad in front of the Travelift bay. 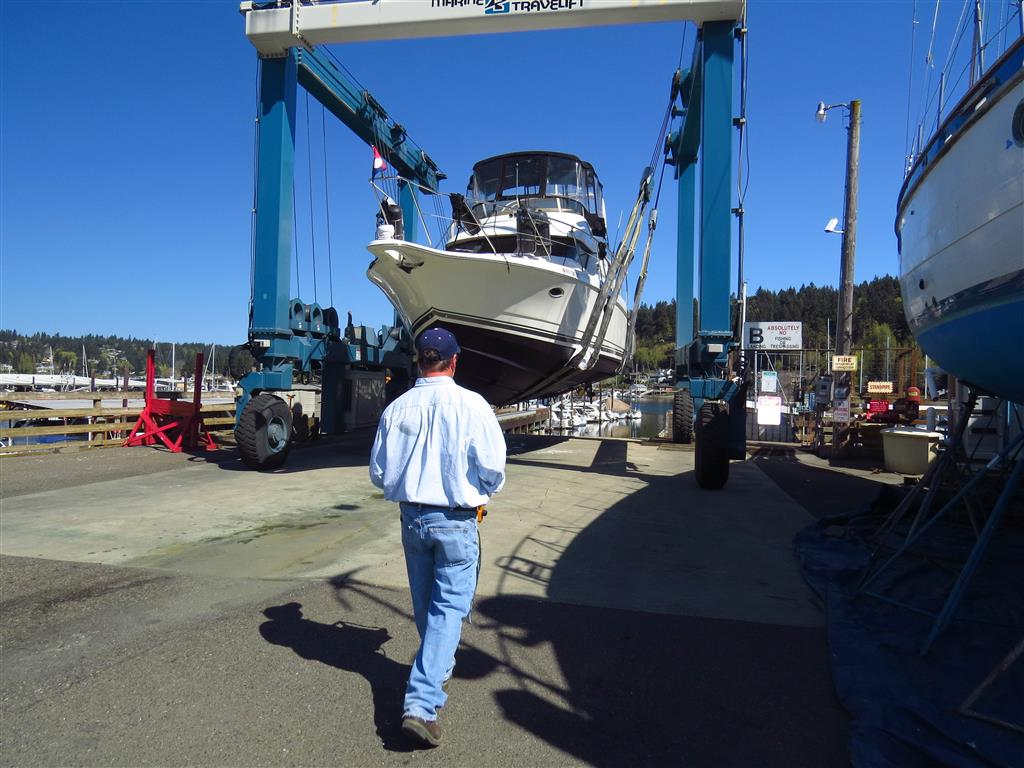 Travelift operator Mark Rybin hauls out several boats a day during the busy season at Gig Harbor Marina & Boatyard. The old Travelift pad, seen here, was worn out from many years of heavy use.

The old 1990 pad was showing its age, so the boatyard called on contractor Ken Johnson to pour a new concrete pad. 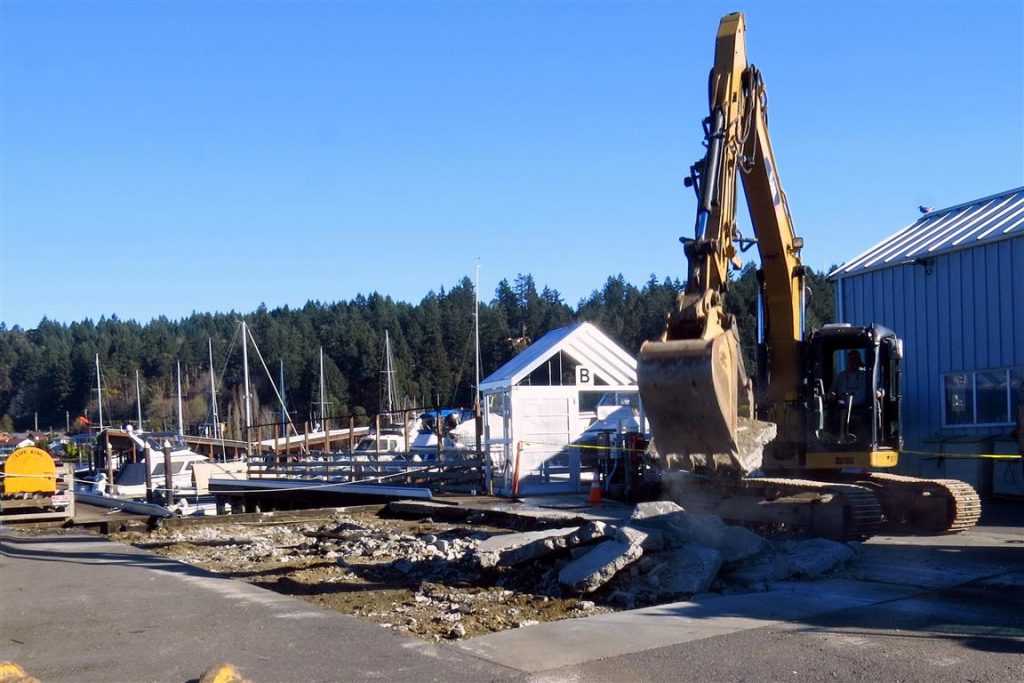 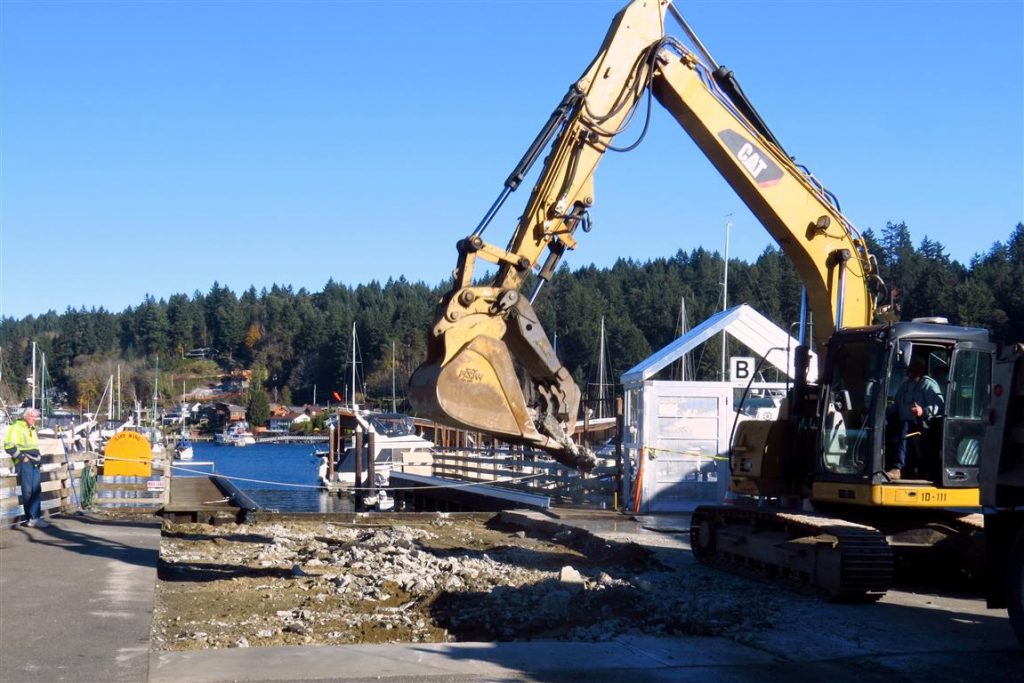 “The old pad was cracked and settling,” said Ron Roark, managing member of Gig Harbor Marina & Boatyard. “We’ve done so many haulouts it was just worn out.” 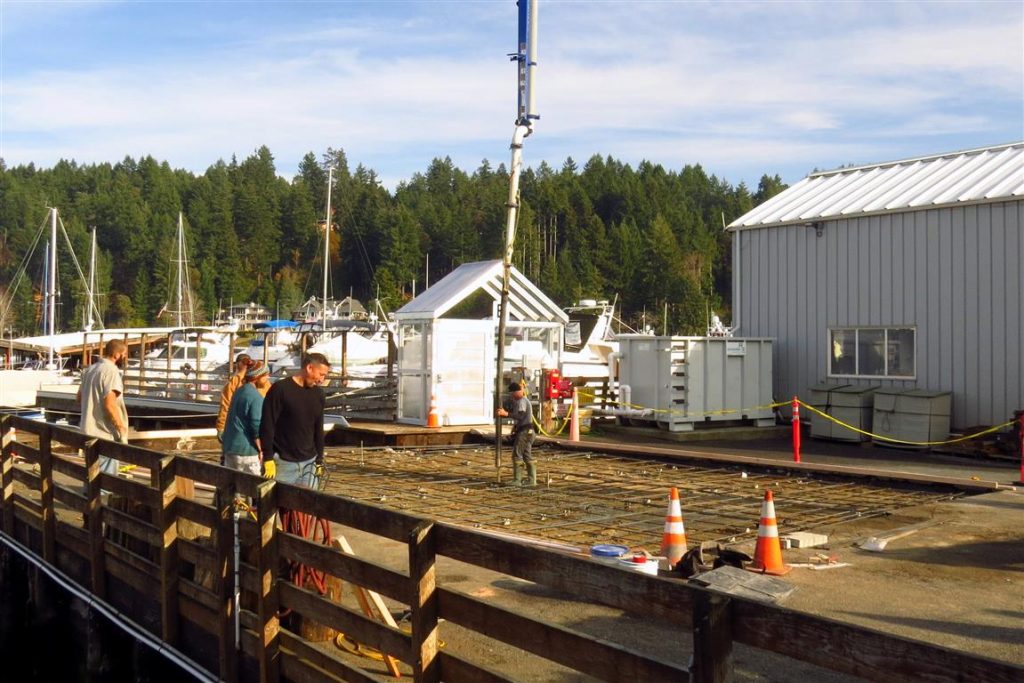 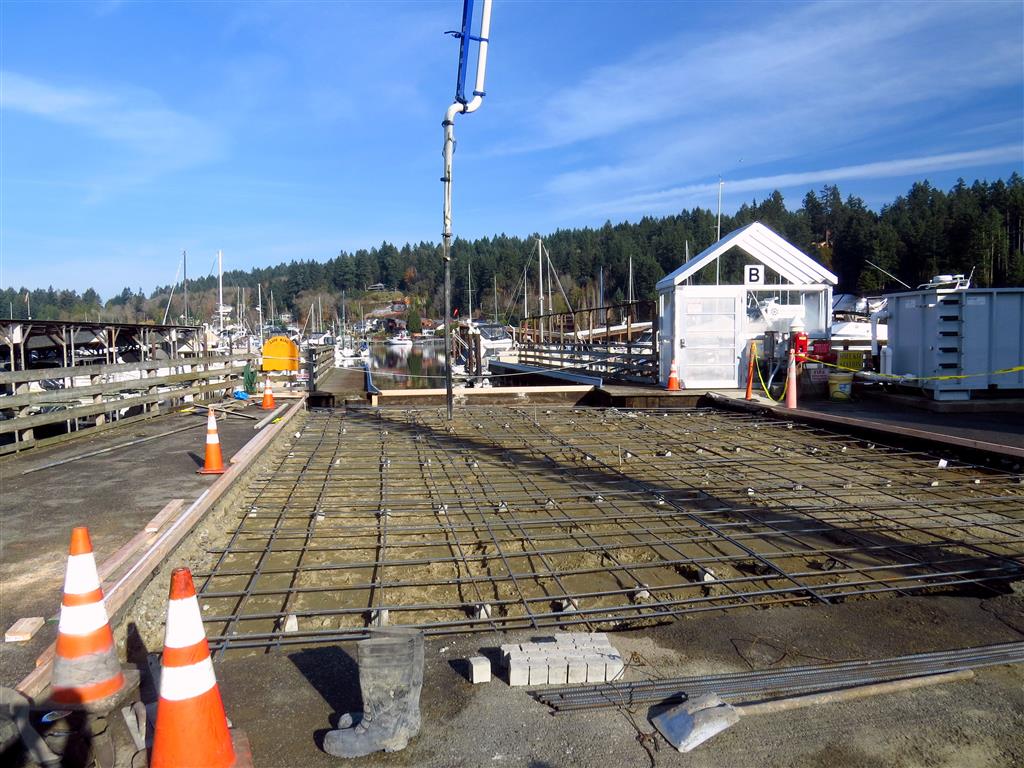 The new pad is 12 inches thick and took more than 60 yards of cement, said Johnson — with 10 yards alone just to fill the deeper bulkhead edge. 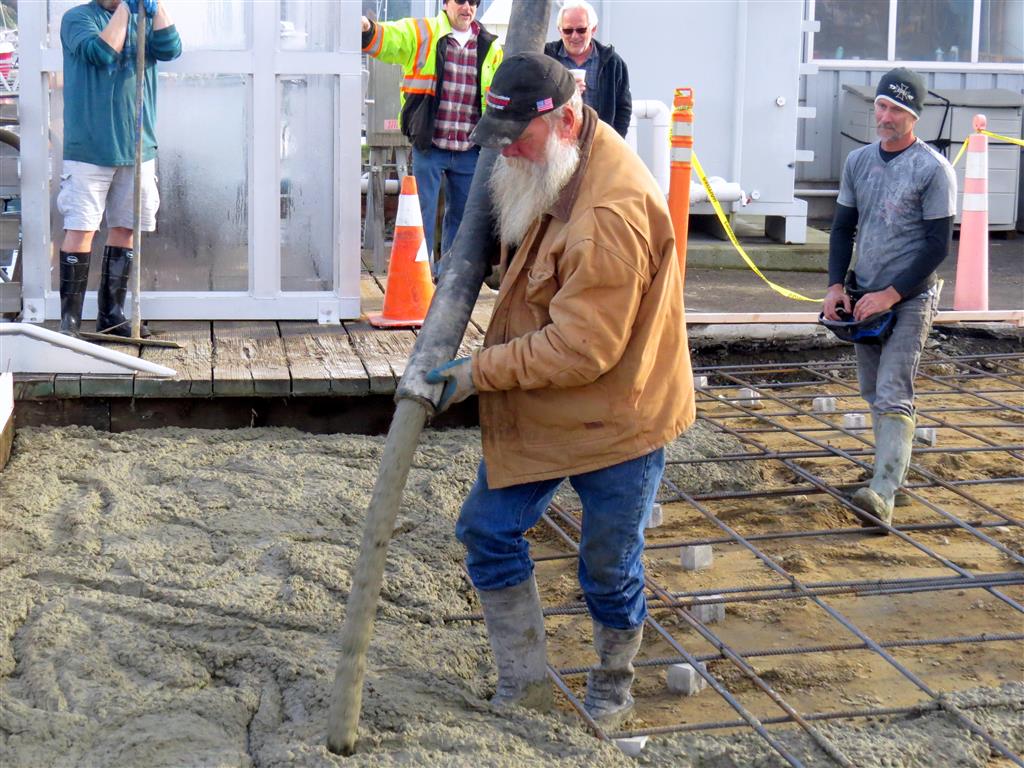 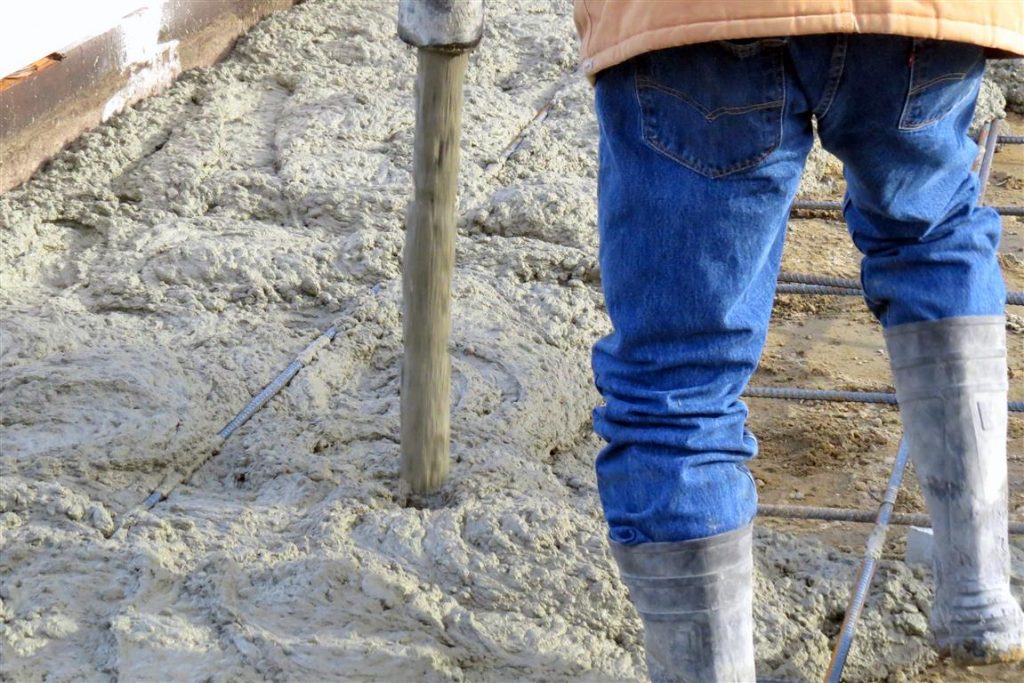 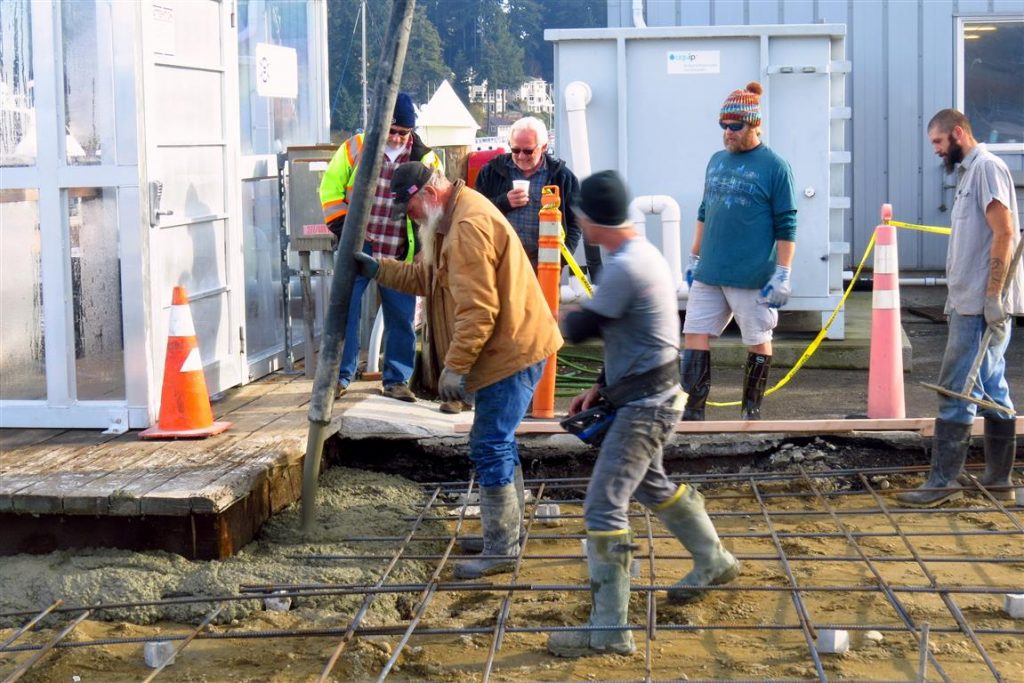 “Now, it’s new and improved and ready to serve next season.” – Ron Roark.