Red was the color in the yard at Gig Harbor Marina & Boatyard last week. Two bright spots of color were on the hard for bottom paint, buffing and bow work. 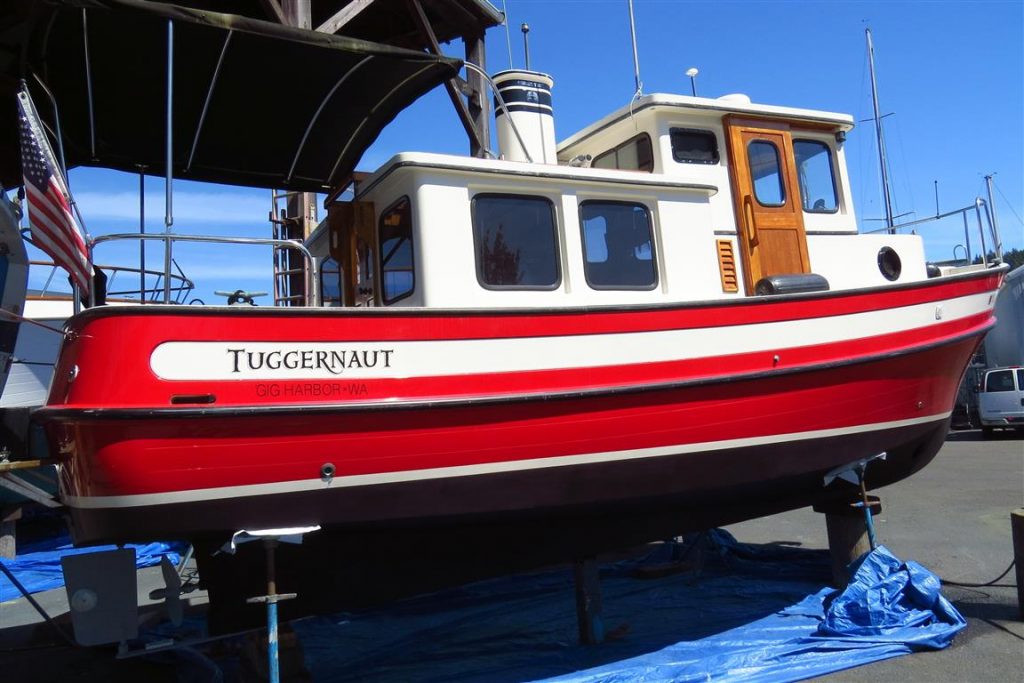 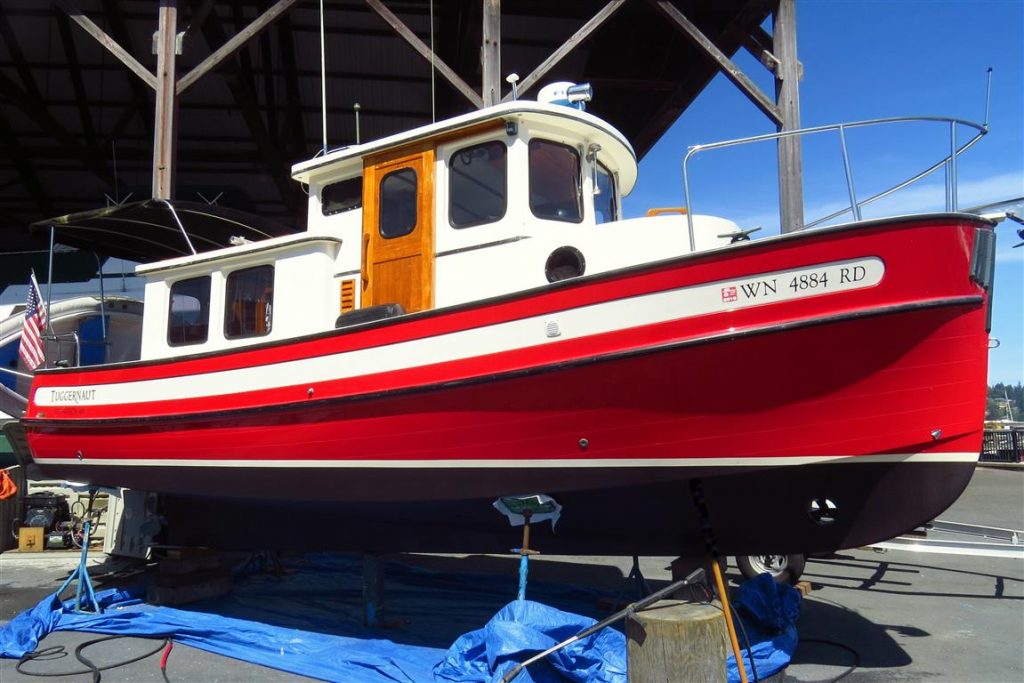 Tuggernaut, a Nordic Tug 26, came to Gig Harbor Marina & Boatyard for bottom paint. She is a sister ship to Be Be, a Nordic Tug that was at the boatyard last fall and the subject of an earlier blog on this website. Be Be is hull No. 1 of the tug-style pleasure trawlers founded in Woodinville in 1980.

The boats were designed and built by Jerry Husted, who founded Nordic Tugs after an earlier career in building sailboats. He got the idea for what he called a “fuel-stingy” tugboat-style cruiser that was both “macho and looked right going slow,” he told a newspaper when he retired in 2007. He introduced the sturdy 26-foot pleasure trawler — capable of traveling from Seattle to Alaska on a tank of gas — at the Seattle International Boat Show in 1980. The boat became the hit of the show and Husted sold a tug every three hours over the course of the 10-day boat show, according to the newspaper article.

Colorful Boats On the Hard for Bottom Paint, Buffing 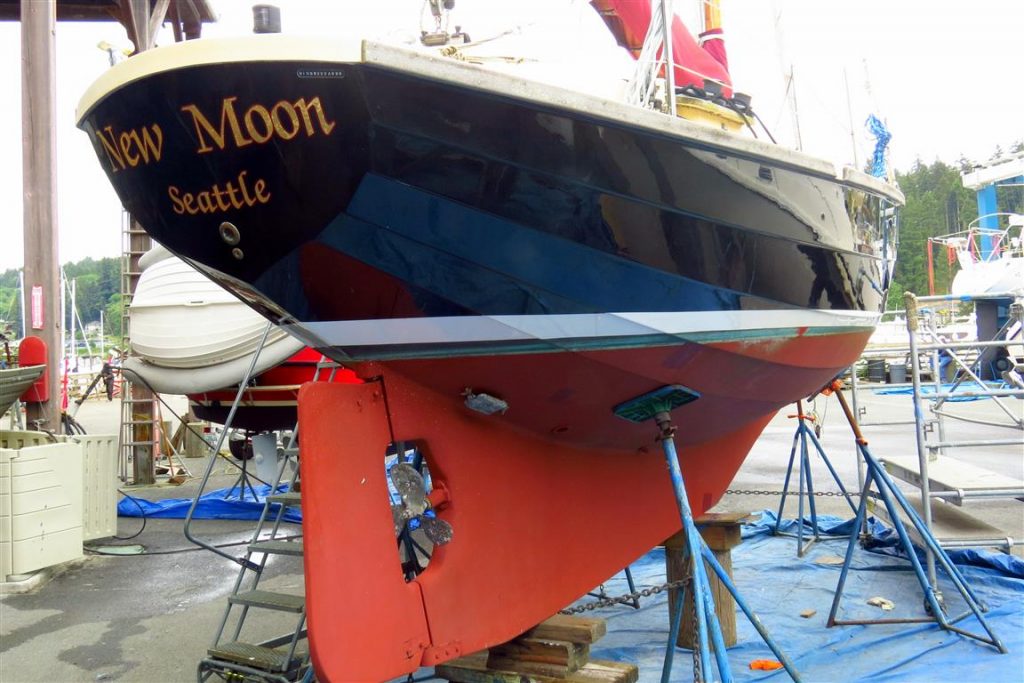 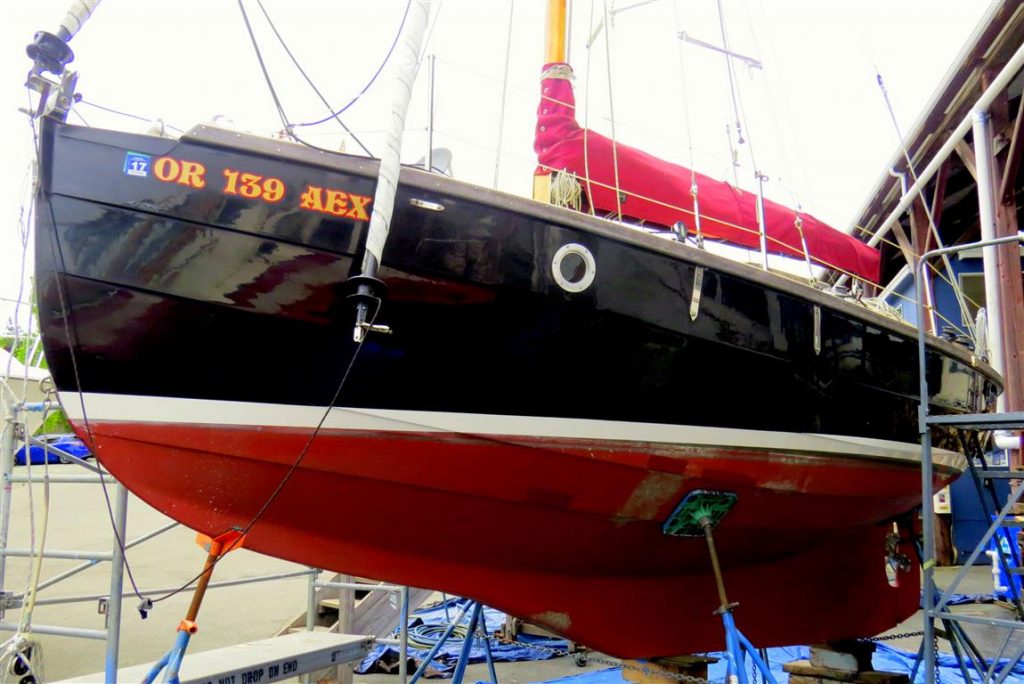 Another colorful boat up on stands recently was New Moon, a pretty Cornish Crabber 26. The crew at Gig Harbor Marina & Boatyard buffed out the gaff-rigged cutter’s bright hull, and yard technician Jeffrey Neuwirth refinished her bowsprit. 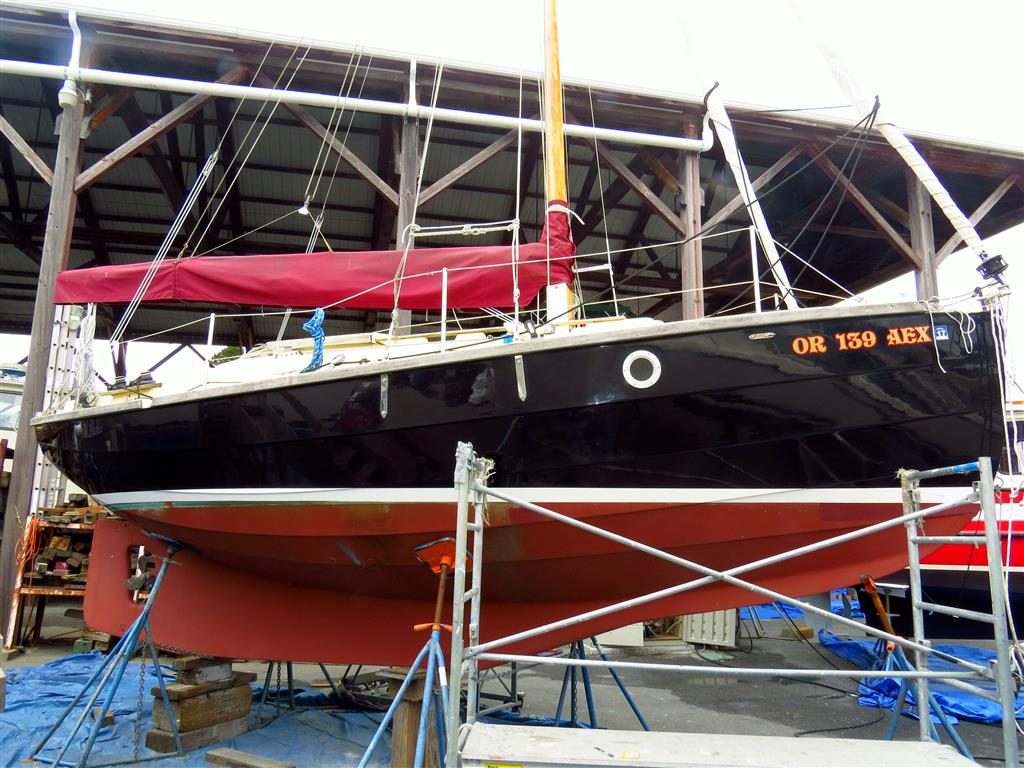 There’s a place in the yard waiting for your boat at Gig Harbor Marina & Boatyard, so bring it in for whatever service and repair is needed. It doesn’t even have to be red. Really.