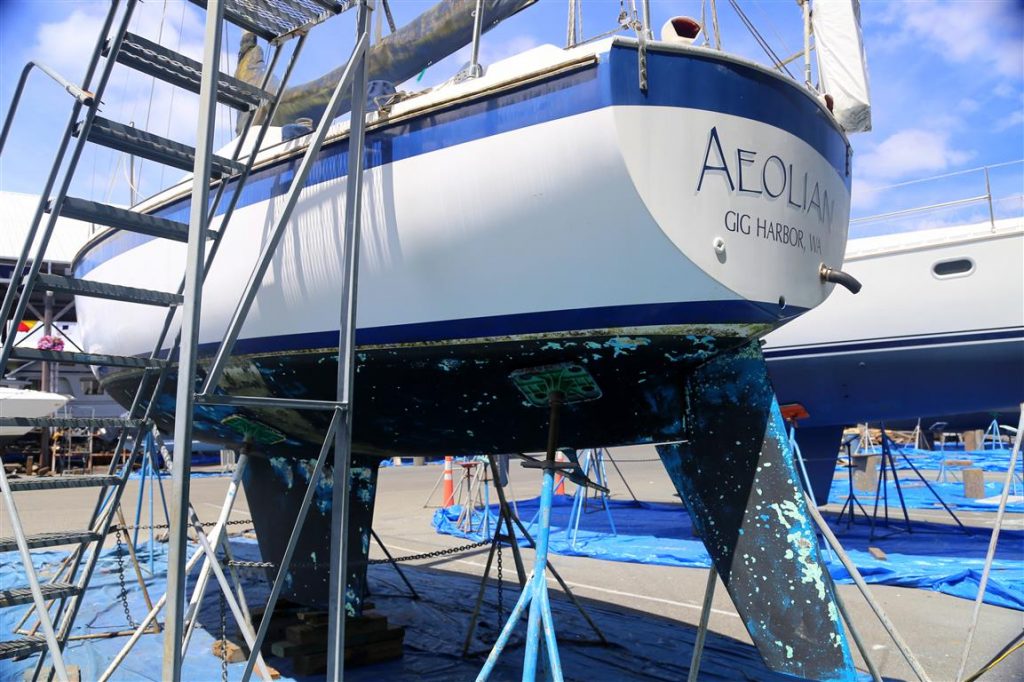 Gig Harbor boaters have long seen Aeolian quietly tied up along a dock in the harbor. Now the Cal 29 is across the way getting a new life at Gig Harbor Marina & Boatyard.

The crew at the boatyard is giving Aeolian an overhaul with quite a checklist of makeover projects. She is on the hard for engine repair, for starters. She is also having repair and replacement work done on her shaft, prop, stuffing box and cutlass bearing. 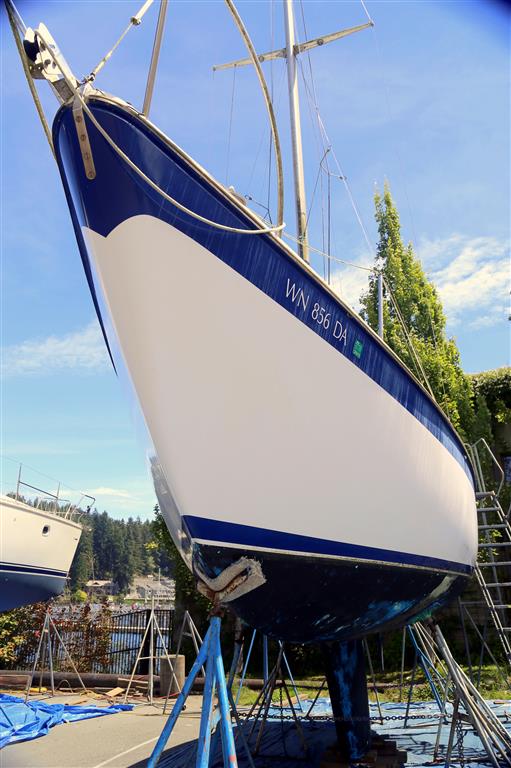 “Aeolian” is getting an overhaul for a new lease on life at Gig Harbor Marina & Boatyard.

She will have her bottom painted and then the guys will focus topside. They are sealing the Cal’s windows and installing new spreaders for her mast. Aeolian will have her mast removed and reinstalled for inspection, and the crew will also check over the sailboat’s rigging.

When all is said and done, Aeolian will have a new lease on life from her overhaul at Gig Harbor Marina & Boatyard. Boaters may not even recognize the pretty, new sailboat at her dock across the harbor. 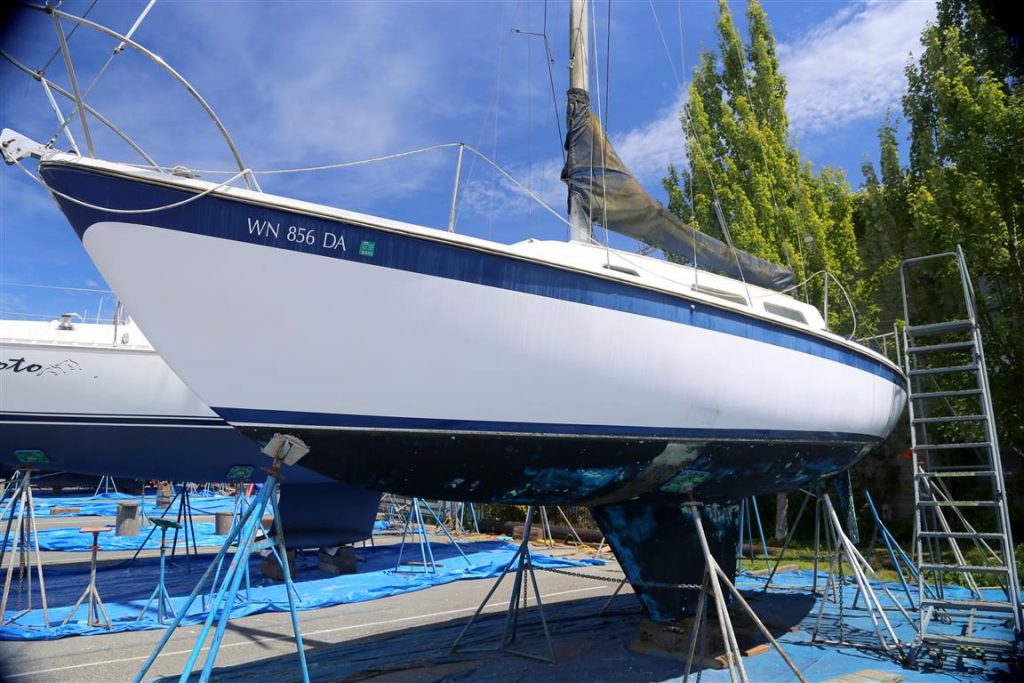