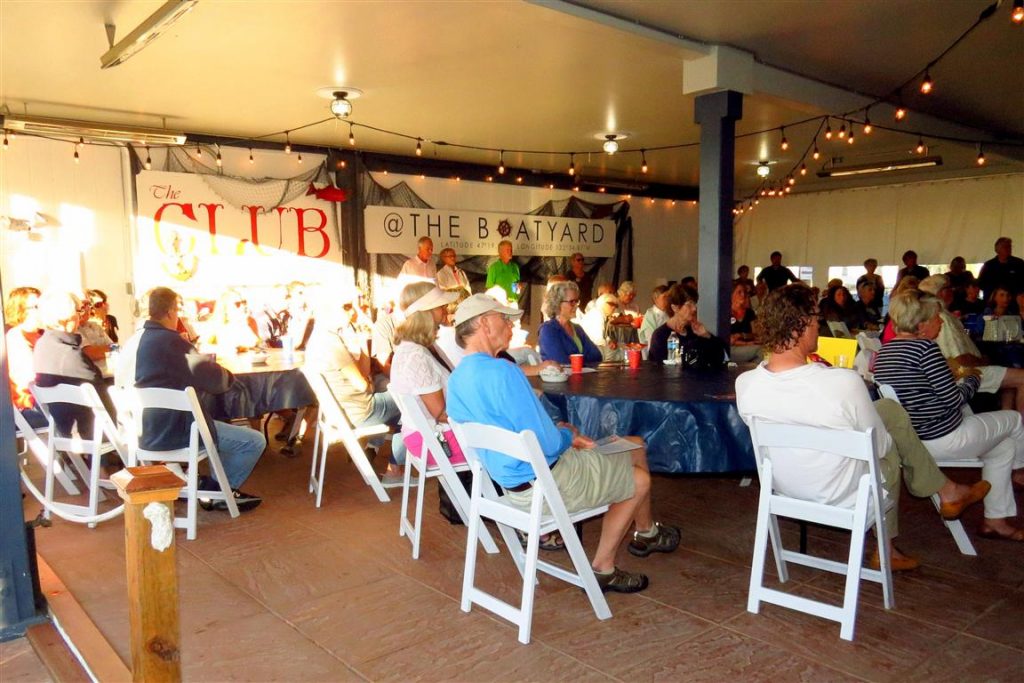 An evening to meet candidates running for local office drew a large crowd of interested citizens at The Club @ the Boatyard last night.

It was a grassroots candidate “meet and greet” co-hosted by The Club at Gig Harbor Marina & Boatyard and a group of ‘4 Mayor and 4 Council’ candidates for Gig Harbor mayor and city council. 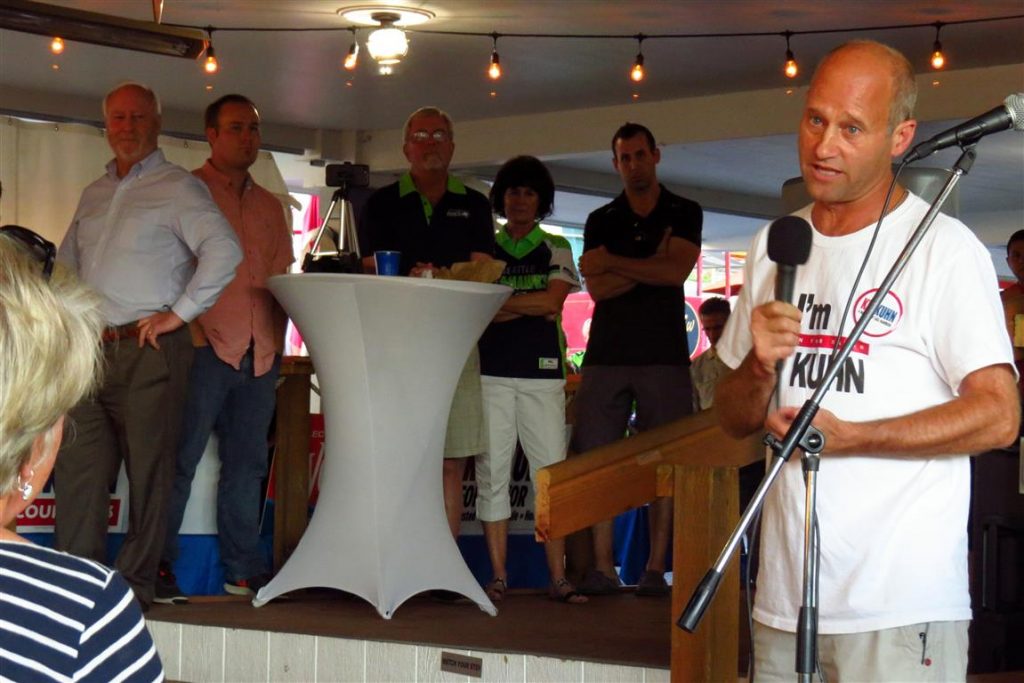 Gig Harbor mayoral candidate Kit Kuhn, a former downtown business owner, outlines his goals to the crowd gathered at The Club @ the Boatyard on Aug. 31.

The relaxed evening of beer & brats, conversation and live music at the boatyard drew close to 200 people on the last day of August  — on a Seattle Seahawks pre-season game night, no less — to hear what candidates had to say about the future of Gig Harbor, the Peninsula School District and PenMet Parks.

“We want everyone who this election impacts to be as educated as possible so that every voter can make the most informed decision possible,” said Ron Roark, managing director of Gig Harbor Marina & Boatyard in announcing the forum.

A love of Gig Harbor and a passion for the character of the “Maritime City” was a common theme among the 10 or so candidates who shared their views and goals in seeking office. They spoke about the need for responsible growth, transparent and respectful local government, preserving the character and culture of Gig Harbor, and being good stewards of the environment. 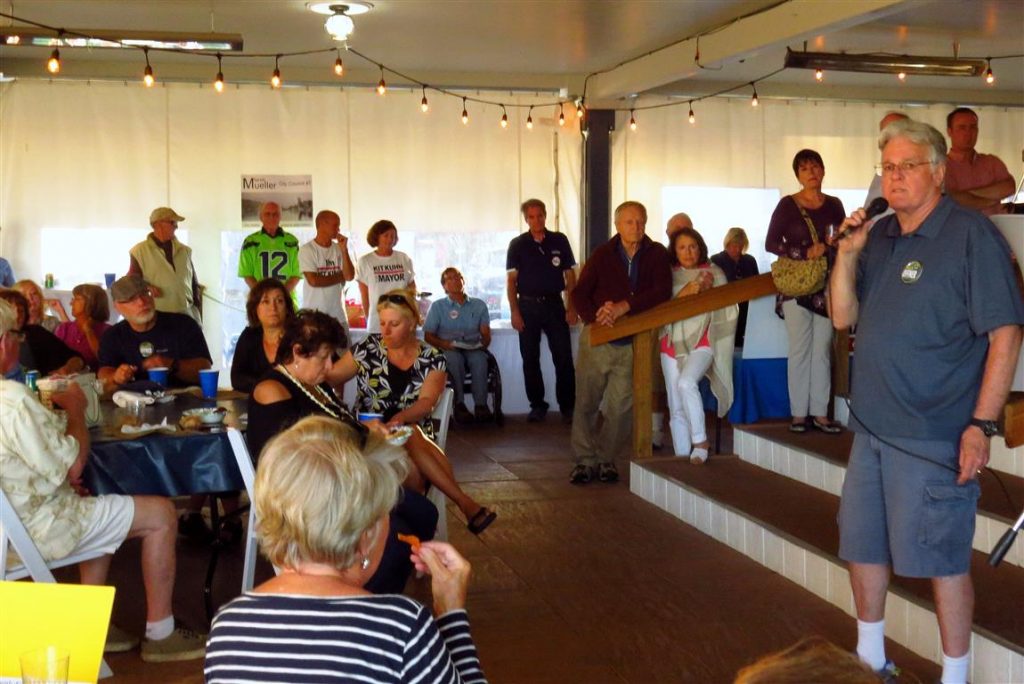 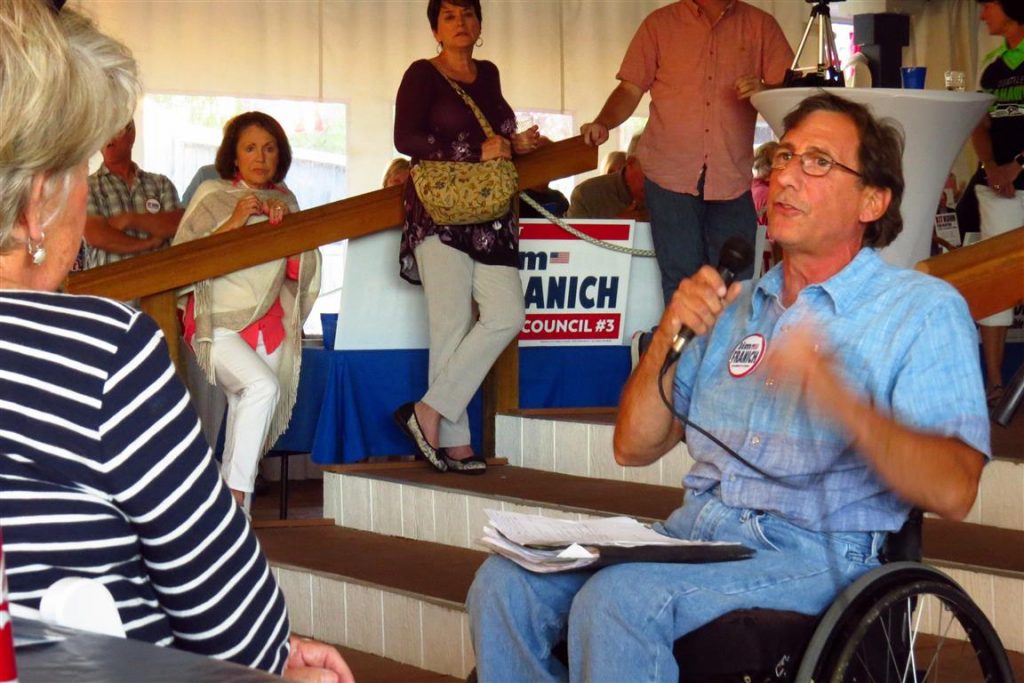 At a very contentious time in city politics — with no Gig Harbor city council incumbents choosing to run for re-election — the chance to meet candidates and hear first-hand what they stand for proved to be a big draw with the standing-room-only crowd. 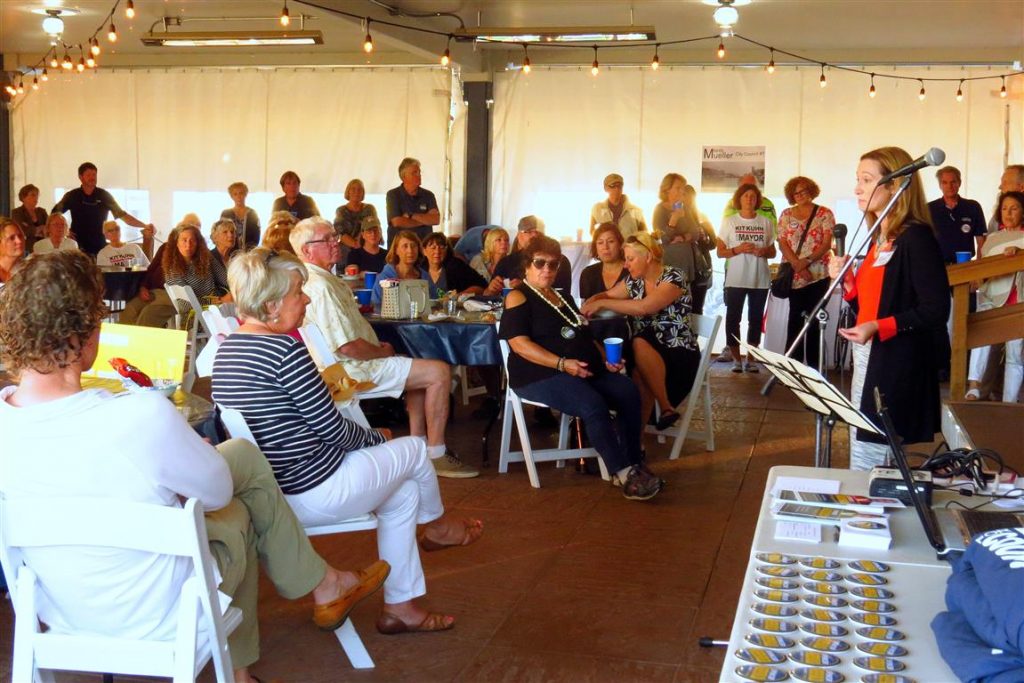 A large crowd gathered at The Club @ the Boatyard Aug. 31 to hear from local candidates running for election. Noelle Balliett, running for Peninsula School District board of director, addresses the audience.

“With Gig Harbor entering a crucial time marked by a rising population, expanding commercial and residential developments, and a contentious debate over the future of the downtown corridor, it’s important to have an experienced and well informed City Council,” wrote the Peninsula Gateway editorial board on July 18.

The General Election is Tuesday, Nov. 7

With a little over two months until the Nov. 7 general election, there is still plenty of time to become informed about the candidates and issues. Watch for other forums and follow the Candidate Q & A series in the  Peninsula Gateway.

“Whether you live in the city limits or not, whether you can vote or not, it’s important to be informed about the future of our community,” said Roark.