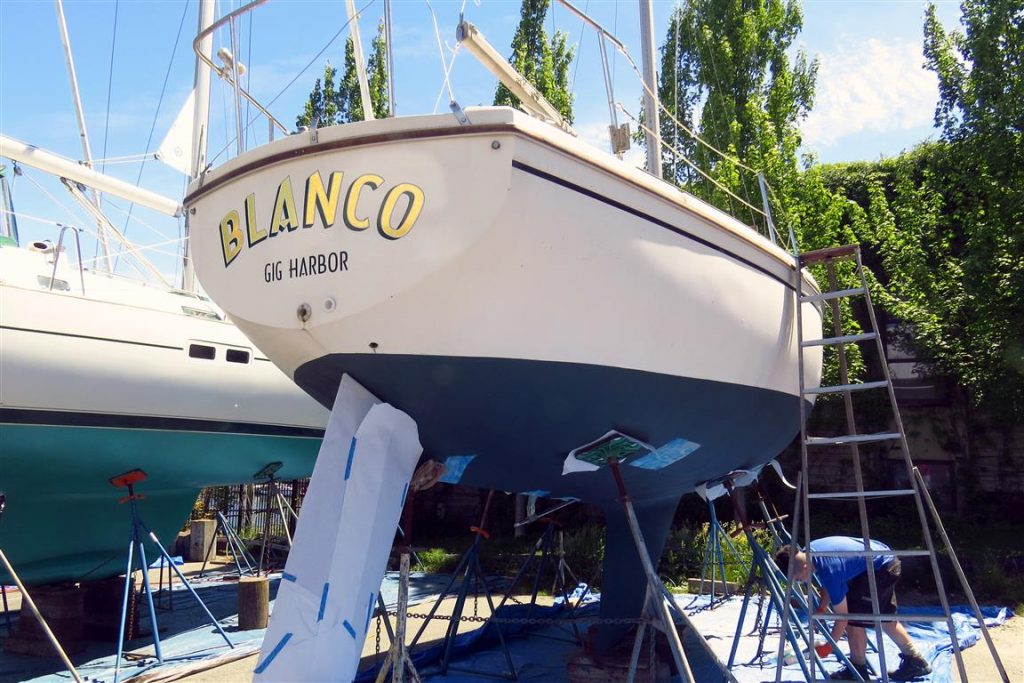 The boat was purchased at auction by professional mariner CJ Collins, a 1600-ton licensed captain in the Puget Sound area. Blanco was in great need of some TLC and service and repair inside and out, “so we’re bringing her back to life,” said Mark Lindeman, boatyard manager at Gig Harbor Marina & Boatyard. 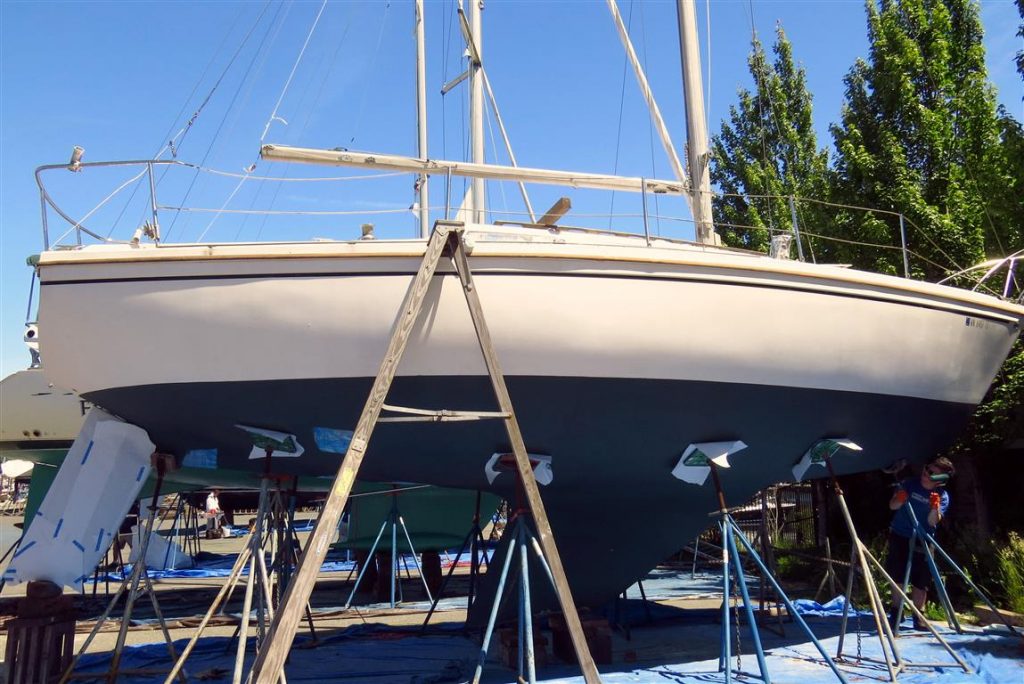 Catalina 30 “Blanco” was purchased at auction and came to Gig Harbor Marina & Boatyard for a detailed overhaul.

Her gleaming white freeboard and clean, new-blue bottom paint belie how the Cal pobrecito looked when she first came to the yard. Her fiberglass was grunge-streaked and her hull mottled, peeling and blemished. That was just the beginning of a long list of life-reviving overhaul tasks that faced the boatyard crew.

“Blanco” Gets Overhaul and New Life at Gig Harbor Marina 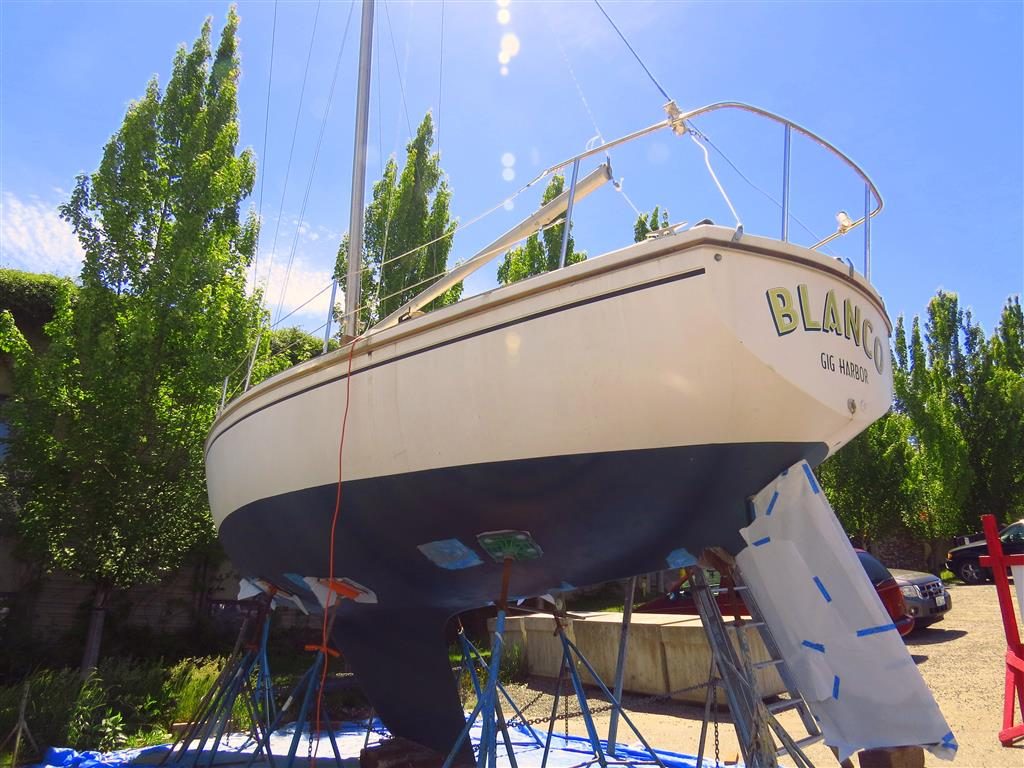 The Catalina 30 was given a new life by the crew at Gig Harbor Marina & Boatyard. A new engine, repaired rudder and restepped mast are just a few of the jobs performed by the guys at the downtown boatyard.

The crew also put in a new engine, tearing out the old and installing a rebuilt Yanmar 2GM20F inboard diesel engine. Conner and boatwright Lenny Mason fiberglassed-in the engine stringers and then fiberglassed over the top of the wooden supports to give the engine the sturdy foundation it needed, Lindeman said.

But before the new engine could go in, the resourceful crew at Gig Harbor Marina & Boatyard had to solve another problem: Blanco was missing two motor mounts, so they fabricated and welded new ones, and then located three flexible Yanmar engine mounts from Lindeman’s vast connections in the business.

“I called a buddy of mine at Longship Marine in Poulsbo to see if he had any used engine mounts,” said Lindeman. “And to the glee of everyone, he did! I dispatched Blanco’s owner to pick them up and he was ecstatic.

“Lenny got the engine running, painted it and got the jelled fuel out of the fuel system,” added the boatyard manager. 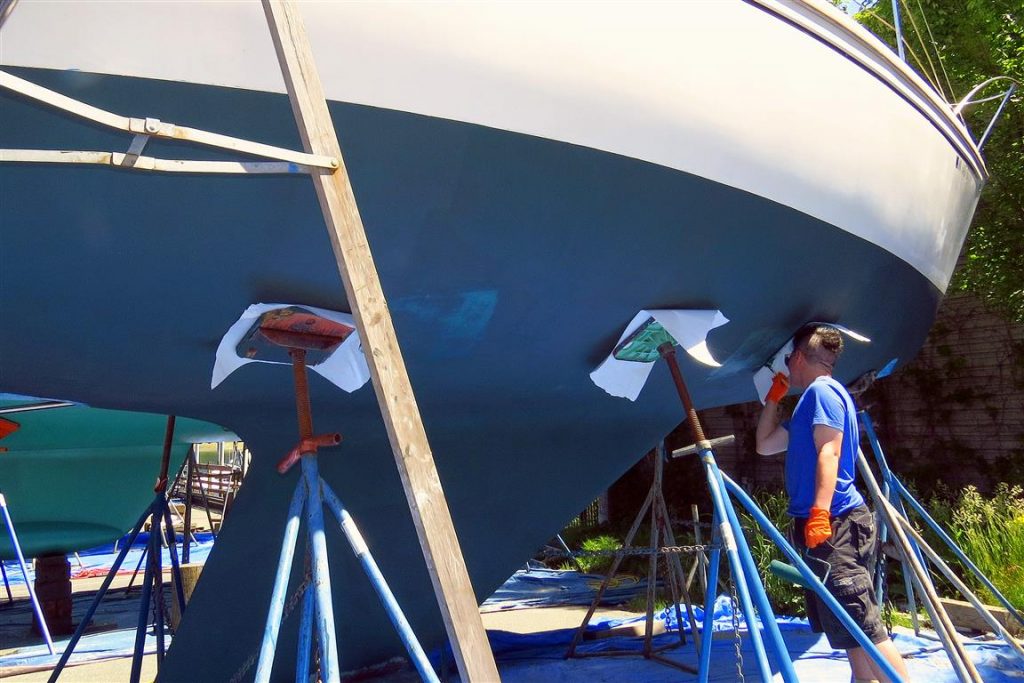 “We’re bringing her back to life” — Mark Lindeman, boatyard manager

The Cat’s rudder was cracked from a past impact incident, so the crew repaired and reinstalled the rudder.

“Carl ground out all the damaged material and relaminated it to the proper scantlings that the design thickness called for,” said Lindeman.

Last, but not least for a sailboat, the boatyard crew rerigged and stepped the mast and installed new lights. Lindeman himself spliced new halyards to be installed for raising and lowering Blanco’s sails. 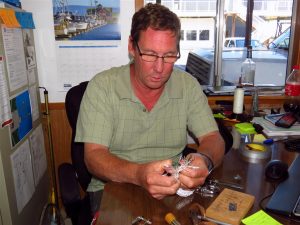 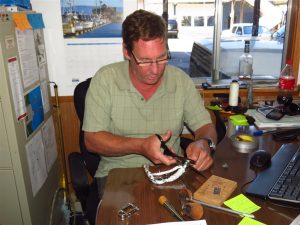 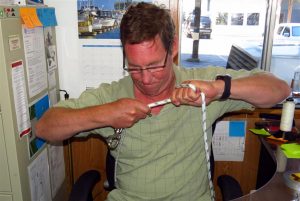 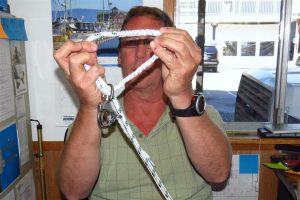 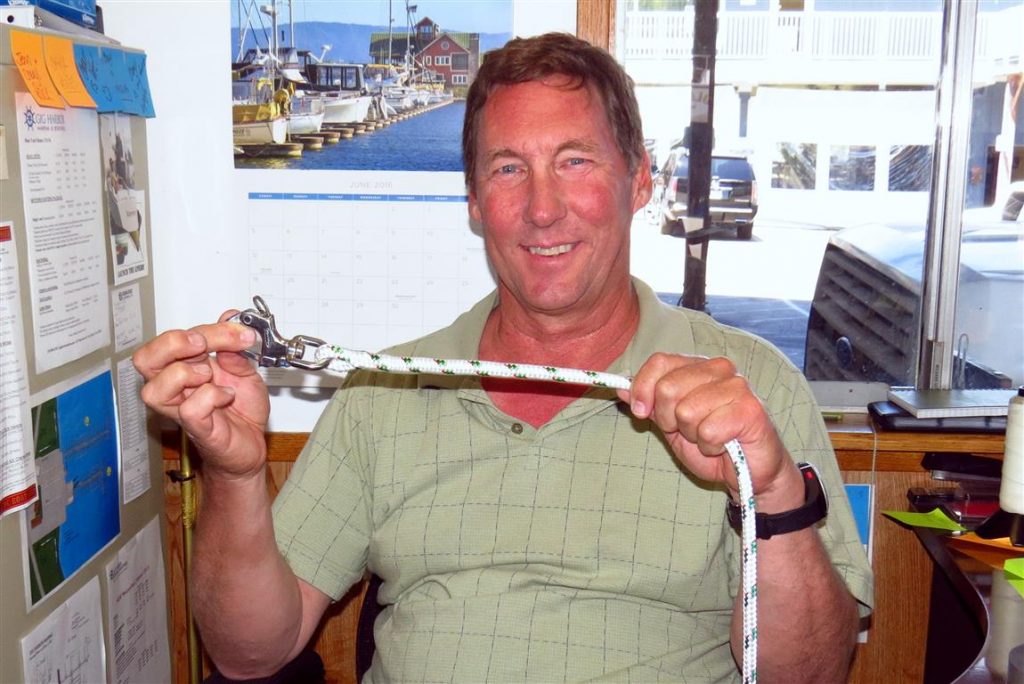 After her stop at Gig Harbor Marina & Boatyard, Blanco is ready to sail off into the blue this summer. She has been brought back to life — and it’s a buena vida indeed.