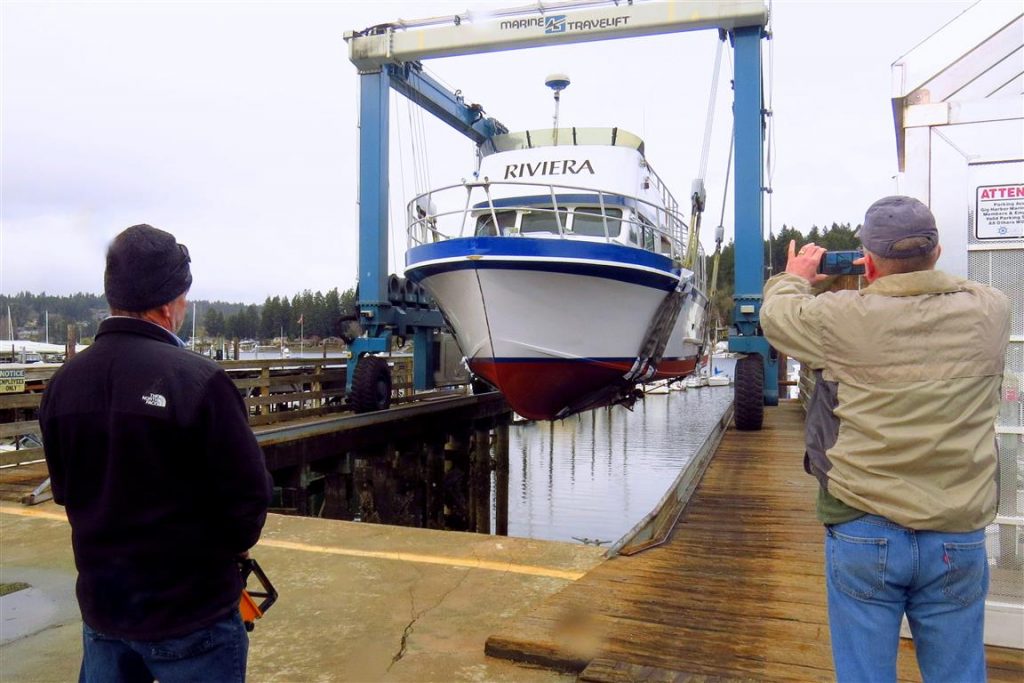 “We like to say she is a ‘dandy Grandy,'” said the captain of 46-foot Riviera. “She is a classic Northwest design built as a charter fishing boat in Seattle and she is awesome for charter cruises.”

Riviera, which is moored at Gig Harbor Marina & Boatyard, was on the hard recently for a few maintenance tasks typical for a 54-year-old wooden boat. Boatyard shipwright John Iverson replaced some cedar hull planks and installed new marine application mahogany on the transom and cap rails. 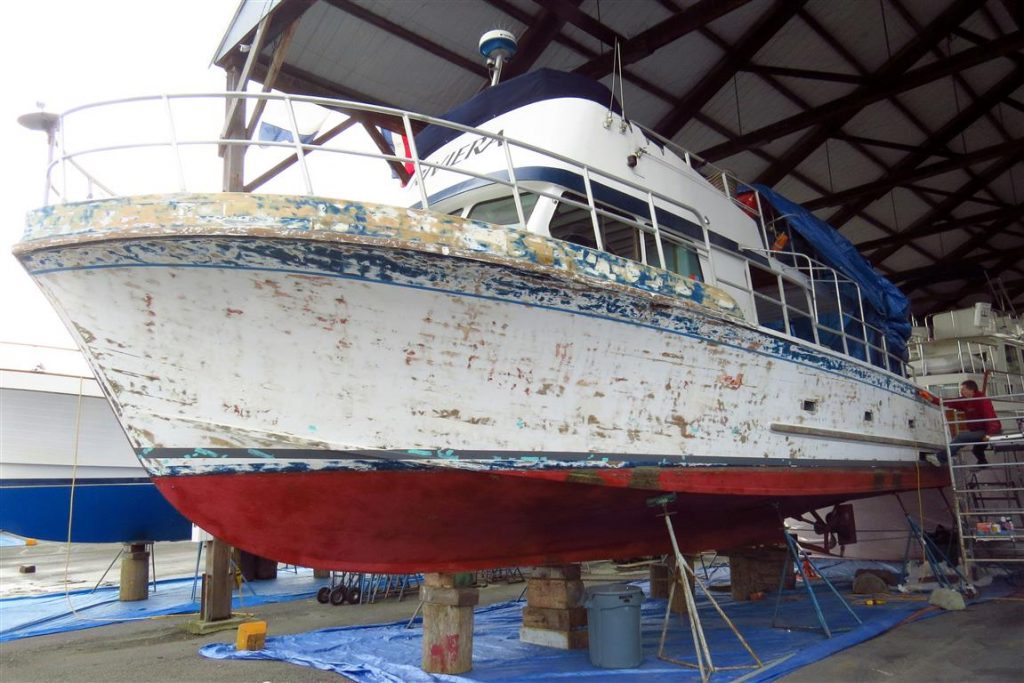 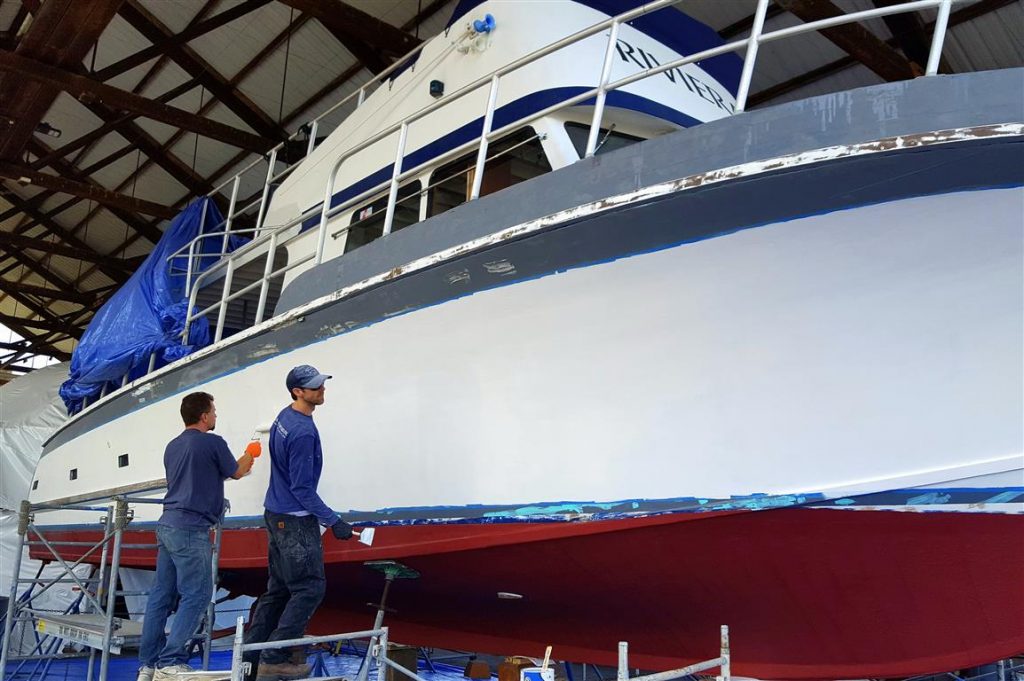 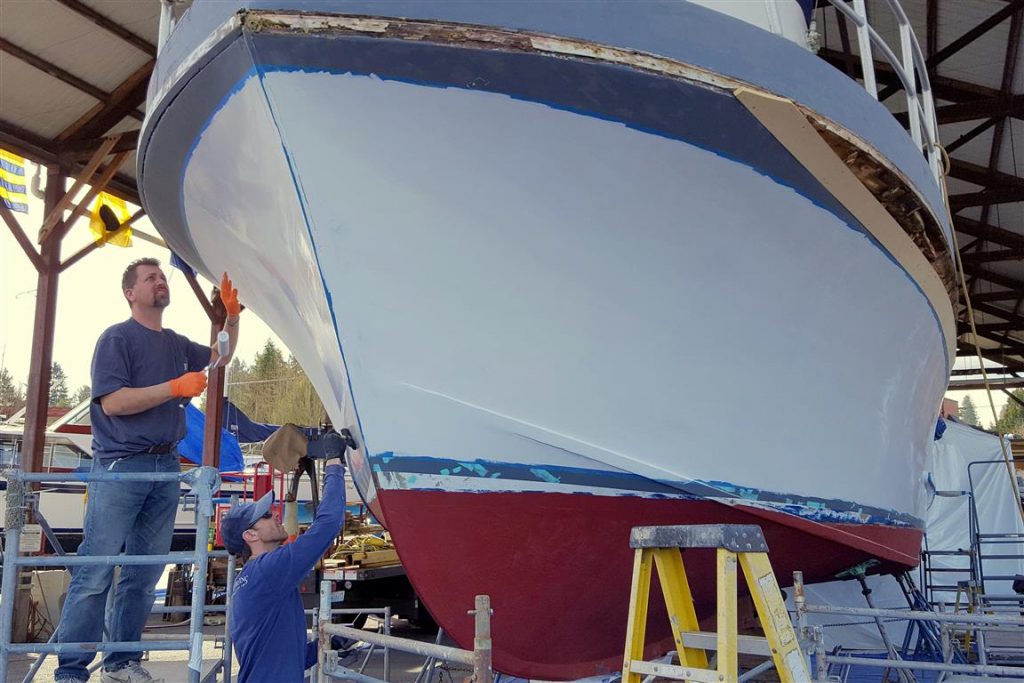 ‘Dandy Grandy’ is Ready for Summing Cruising Season on the Sound

Now this classic Grandy is even dandier, just in time for the upcoming summer cruising season on Puget Sound. The popular Riviera, billed on its website as a “Gig Harbor, Seattle, Tacoma charter, party and tour boat,” offers wonderful guided sightseeing tours and charters throughout the summer on Puget Sound.

Riviera Cruises depart from the Maritime Pier in downtown Gig Harbor for half-day Puget Sound tours from 9 a.m. to 1 p.m., and for three-hour sunset cruises from 6-9 p.m. The comfortable, spacious boat is also available for private parties, weddings, memorials at sea and other special events.

“Riviera” cruises past the lighthouse spit in Gig Harbor as it embarks on one of its popular Puget Sound tours. (Photo courtesy of Riviera Cruises)

See Riviera Cruises for more charter offerings, schedules and pricing and start planning a memorable outing on the water. You will join a boatload of other delighted customers who have enjoyed the Riviera experience.

“People who have used Riviera for parties just shake their heads and say, ‘it’s such a great boat,'” said Drohan, whose passion is getting people on the water and enlightening them on the local surroundings. “She has five distinct areas for people to spread out to and enjoy the sights.”

U.S. Coast Guard-certified Riviera can take up to 34 guests. She features wide, open fore and aft decks and a buffet table perfect for entertaining, covered and heated lounging areas, plus an open-air fly bridge promenade and convenient restroom facility.

“Riviera” offers several spacious areas on board, including a covered buffet area for your special outing. (Courtesy of Riviera Cruises)

People enjoy the boat’s wide deck and heavy-duty railings, said Drohan, who has been a boater all his life –“My mom says I was on a boat pretty much two days after I was born,” he added.

“Riviera is a very stable — we like to say ‘stout’ — boat,” explained Drohan. “When it runs it’s sensational in the water because it has a lot of power. It moves through the water like a tugboat and it has a slight rumble to it. And being a wooden boat, the engine is big and it has a comforting confidence.”

“The feeling is more than just a boat ride….” – Capt. Tom Drohan

“I just love the way it feels when you’re touring on it,” Drohan continued. “The feeling is more than just a boat ride; it’s a sensory experience.”

All of Riviera Cruises captains are USCG-licensed, experienced on Puget Sound waters and passionate about giving guests a safe, yet adventuresome, experience to cherish for a lifetime, says the charter’s website.

For Drohan and he wife, Mary, the best part of boating is sharing it with other people.

“Mary’s and my reason for being in this business is sharing it with the public, getting people out there,” said the captain, adding that they are the only charter company south of Seattle. 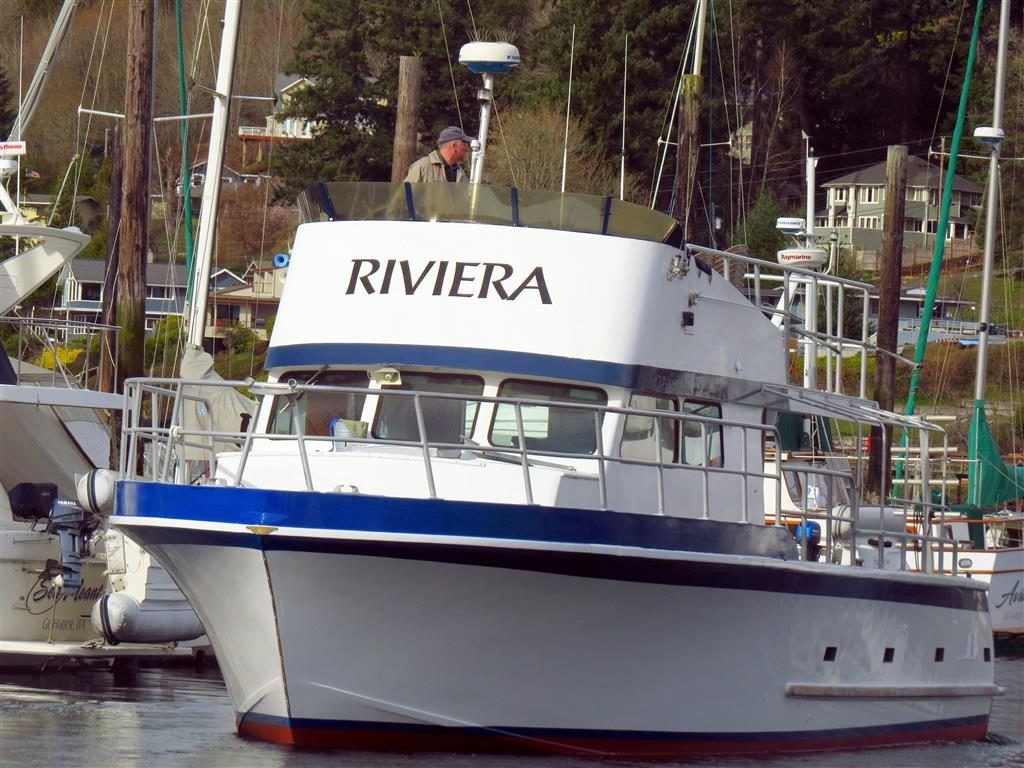 “In our case, this is a classic, historic-to-Washington (boat),” said Drohan. “And part of our goal is of preservation, of being able to continue offering this experience to the public. Being able to have the work done in the harbor, in our home marina, means so much.”