The all-wood 1929 yacht was hauled out at the boatyard and set on a transport trailer for a trip to Port Townsend for restoration.  The crew at Gig Harbor Marina & Boatyard first pressure-washed the 30-foot classic, which has new owners who plan to return the 87-year-old boat to her former glory. 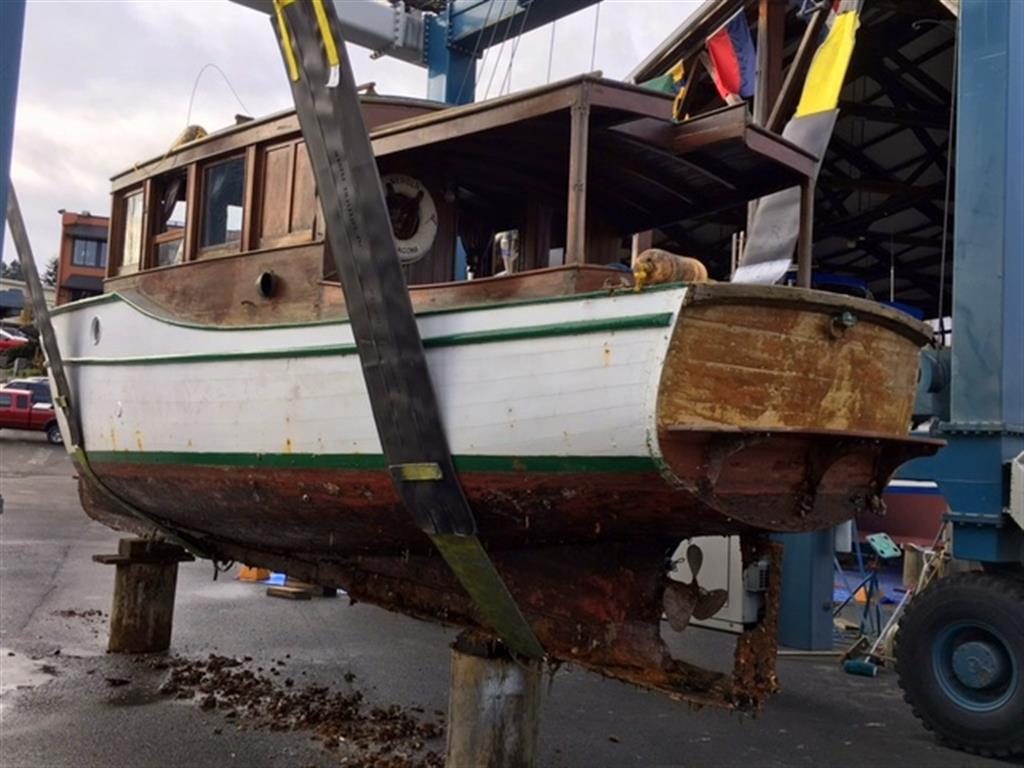 The condition of “Neaola’s” bottom was unknown, but the haulout of 87-year-old classic boat went very well.

Neaola, whose 24-horsepower diesel engine does not currently run, was towed to Gig Harbor across The Narrows from the Tacoma Yacht Club. The vintage yacht, fortunately, has been kept in a boathouse for the last 30-plus years, said Steve Shull, a family friend of the former owners. Still, the old gal’s wooden bottom and exterior are definitely showing their age.

“She has not been hauled for probably 10 years due to the owner’s failing health,” said Shull in an email to Gig Harbor Marina & Boatyard setting up the haulout. “She is going up for restoration and presently the engine is not running.”

The condition of Neaola’s bottom was not known for certain, he added, so he acknowledged there would be some unknowns with the use of the lift straps during haulout. All went well, though, with veteran Travelift operator Mark Rybin at the controls, and the sturdy old classic was soon on her way up the highway for her makeover. 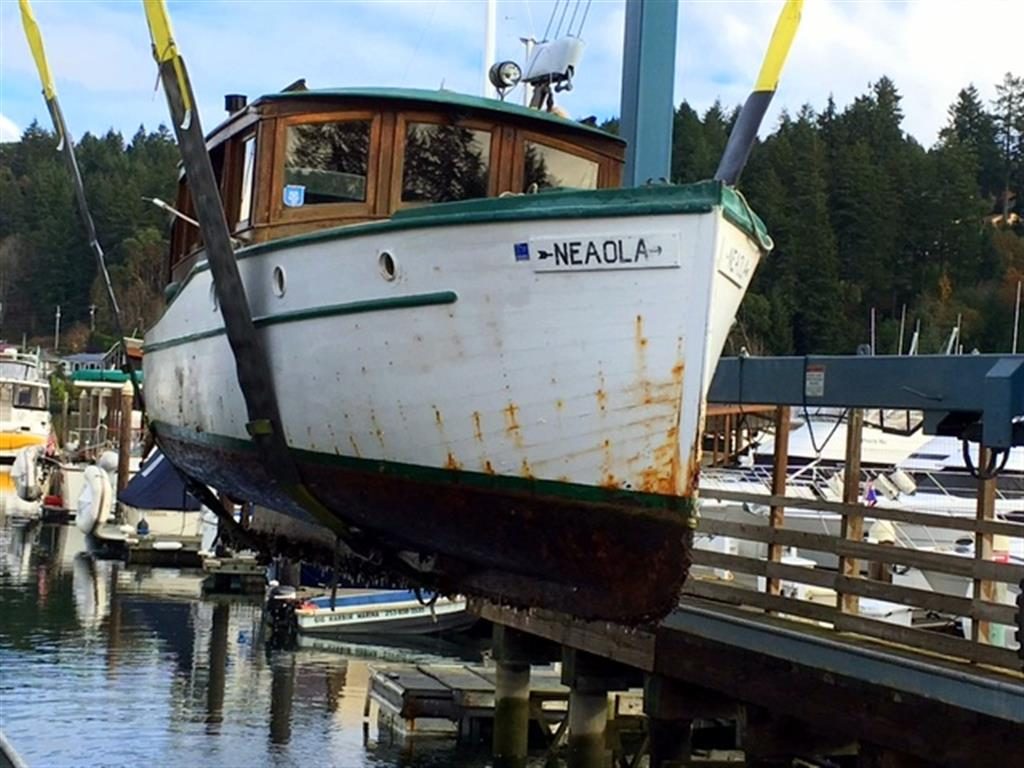 All-wood “Neaola” was built in 1929 by Seattle boat builder Franck & McCrary. She was hauled at Gig Harbor Marina & Boatyard for transport to Port Townsend for restoration.

The Franck & McCrary boat, 8.5 feet on the beam, is largely original in the interior, Shull said, including the wood stove and brass water pump. She has four single berths below and a head in the forepeak. The 24-horsepower Westerbeke engine is not currently running due to oil pan leak.

1929 Classic Boat To Get Restoration

The wooden yacht was previously owned by the owner of Cooks Marine Specialties, formerly Peterson Shipbuilding, in Tacoma.

“The boat’s new owners also have a large wood sailboat,” said Shull, “so they understand the issues here.”

Gig Harbor Marina & Boatyard understands your boat’s issues, too. Come see what we can do for your classic, new or old.

(All photos on this page courtesy of Chris Hawke, service manager at Gig Harbor Marina & Boatyard.)