Camaraderie and goodwill flowed through The Club @ The Boatyard on Feb. 17 as the community and military came together to build relationships at “Right Arm Night.”

About 40 people attended the event at Gig Harbor Marina & Boatyard’s waterfront venue and organizers were pleased with the turnout and support from the Gig Harbor community. 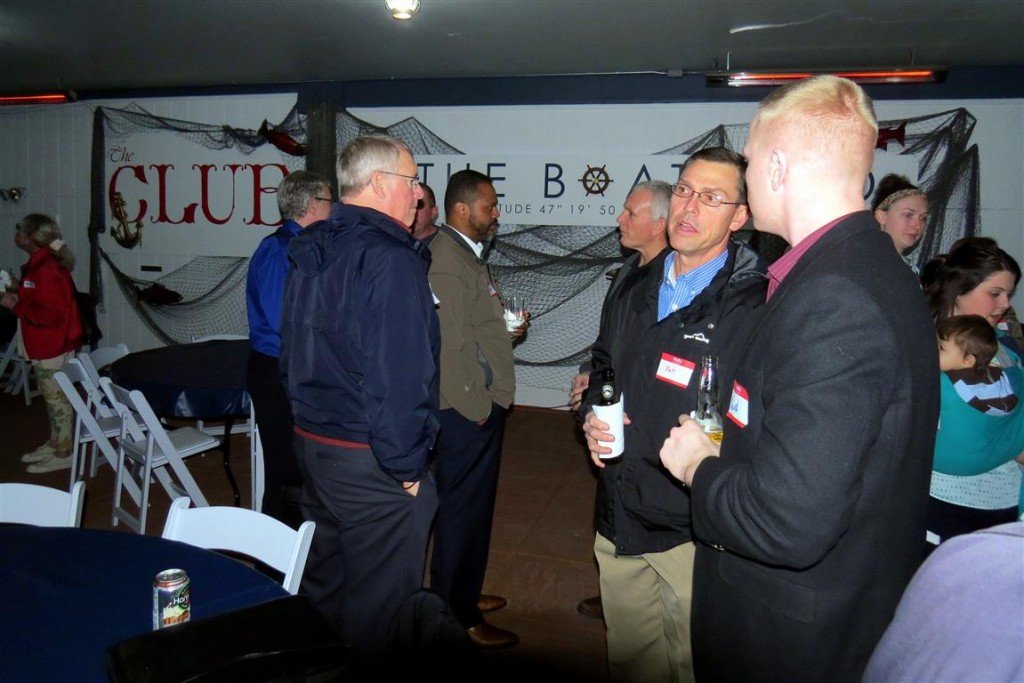 “This is an amazing turnout,” said organizer John Guardia. He is with the Captain Meriwether Lewis-Gig Harbor Subchapter of the Association of the United States Army(AUSA), which sponsored Right Arm Night. “I’m extremely happy with the turnout. The community is showing great support of the military.”

Support and building relationships with military members and their families is what the evening was all about.  AUSA is an educational organization that supports the U.S. Army and the men and women who serve, including active, National Guard, Reserve, civilians, retirees, Wounded Warriors, veterans and family members. AUSA provides numerous professional development opportunities at local and national events. Learn more at www.ausa.org. 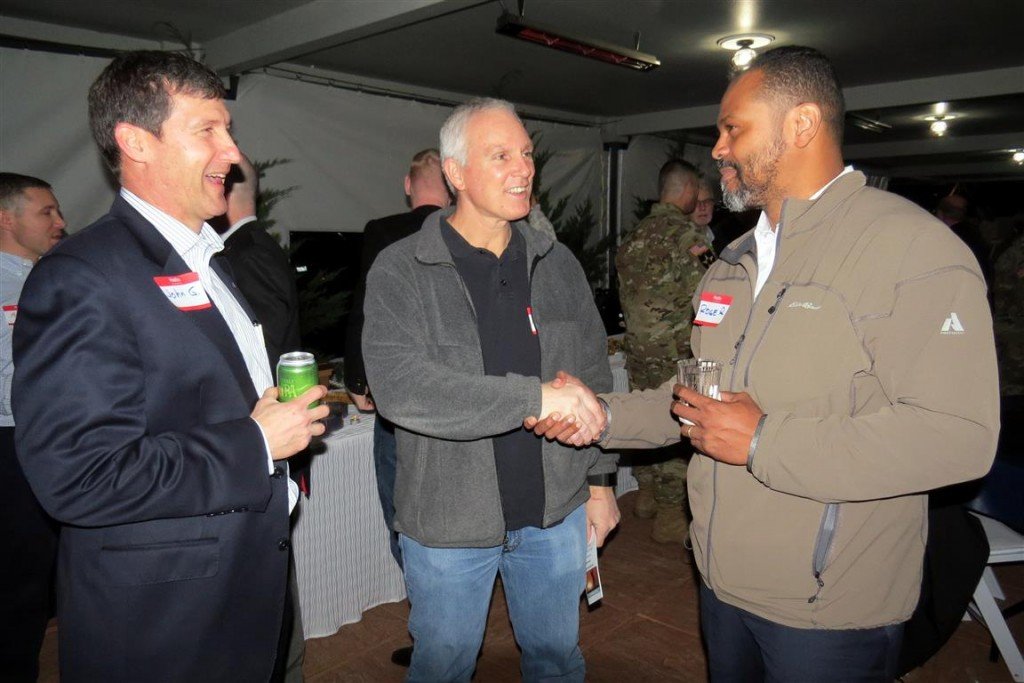 John Guardia, left, organizer of Right Arm Night, talks with military supporters at the event at The Club @ The Boatyard.

The crowd gathered to listen to guest speaker Leslie Mayne of Gig Harbor, the founder of Race For a Soldier in Gig Harbor and the Permission to Start Dreaming Foundation. She gave an inspirational talk about the importance of reaching out to military members once they return from duty. The idea for her foundation, whose initials are PTSD, began when she lost her own son to Post-Traumatic Stress Disorder when he returned to civilian life.

“I thought, how can I help other Kyles through that wilderness,” she told the crowd. She began with Buy a Soldier Lunch at the Tides Tavern. “We showed them how much we value them,” she said. “That’s when Race For A Soldier was born in my heart.” 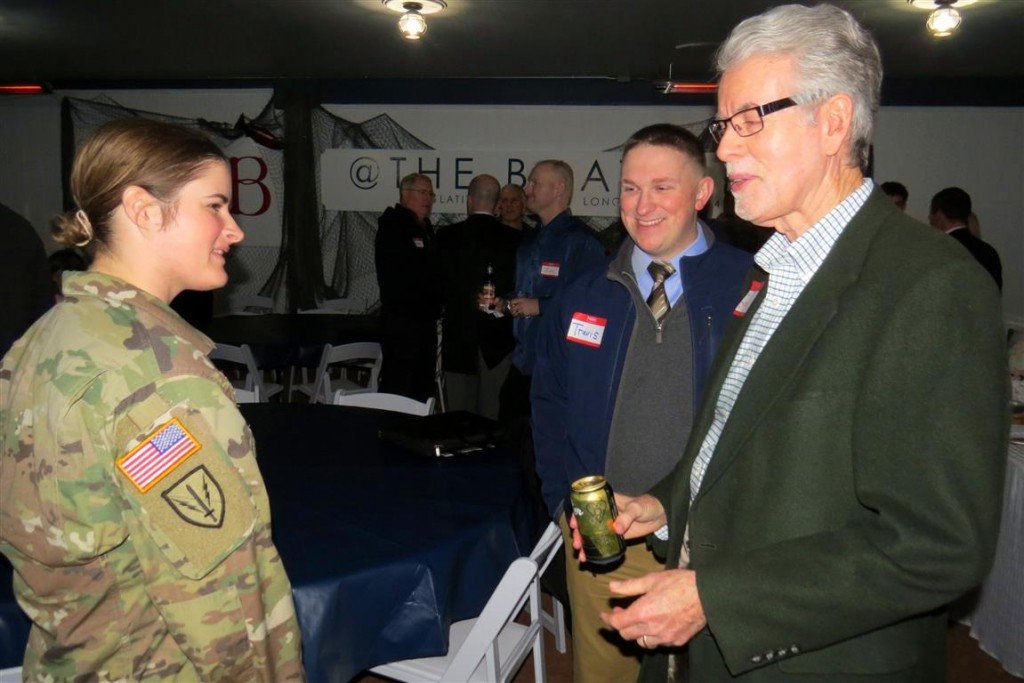 And from there, she went on to start Permission to Start Dreaming foundation, whose mission is to inspire hope and action in the community and provide access to solutions for soldiers and their families affected by post traumatic stress and traumatic brain injury. The foundation offers professional services, challenging peer adventures, education and spiritual devotion, according to its website. In five years the foundation has raised about $5 million for support services and stress-relieving recreational activities for military members and their families.

“I appreciate every single one of you,” she told the gathering, which included many military members from the 201st Expeditionary Military Intelligence Brigade out of Joint Base Lewis-McChord. “I stand up straighter when I’m in your presence.”

Watch this space for more on “Right Arm Night” at The Club @ the Boatyard.