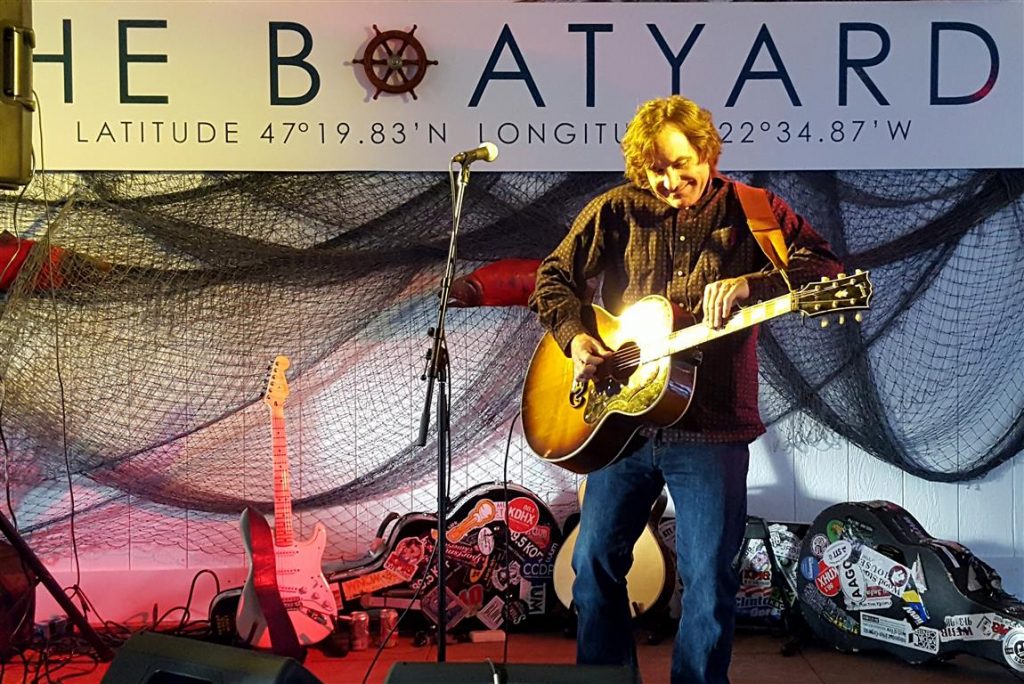 What a talent came to the Gig Harbor waterfront on Saturday. Singer/guitar player Mark Stuart was a hit with the audience that gathered at The Club @ the Boatyard for the venue’s first members’ concert.

About 75 people attended the April 16 concert sponsored by All-Star Guitar and Gig Harbor Marina & Boatyard. It was the first in what is hoped to be a series of concerts held at the waterfront venue. Attendees brought potluck-style food and beverages for all to share during the evening of music.

Concert at The Club @ the Boatyard Brings Live Music to Waterfront

Singer/songwriter Mark Stuart draws from his country, rock, folk and blues backgrounds. His concerts are a pleasing mix of storytelling and original music.

The personable Mark Stuart, on a West Coast tour from Tennessee, delivered a performance of incredible music and entertaining storytelling. Between his original songs he told interesting anecdotes about backing Joan Baez, Freddy Fender and Steve Earle. Then there was the time folk rock singer/songwriter David Crosby showed up at a performance and sat down right in the front row with his arms folded across his chest.

“As if that wouldn’t make you nervous,” Stuart related to the audience in his easy, down-home way. “I tried not to look at him, and then pretty soon he got up and walked out and I thought, ‘Well, OK, that’s that.’ Then pretty soon, he came back and sat down again. Right in front, with his arms folded across his chest.”

Apparently, the founding member of The Byrds and Crosby, Stills & Nash had merely gone to the back of the room to make a sound adjustment on the mixing board. All just part of Stuart’s interesting musical history that draws on his rock, blues, country and folk music roots. The audience at The Club @ the Boatyard loved it. Between sets, Stuart sold his CD’s, posed for photos and chatted with people as if they were long-time friends.

Members’ Concert a First of More Events Coming to The Club 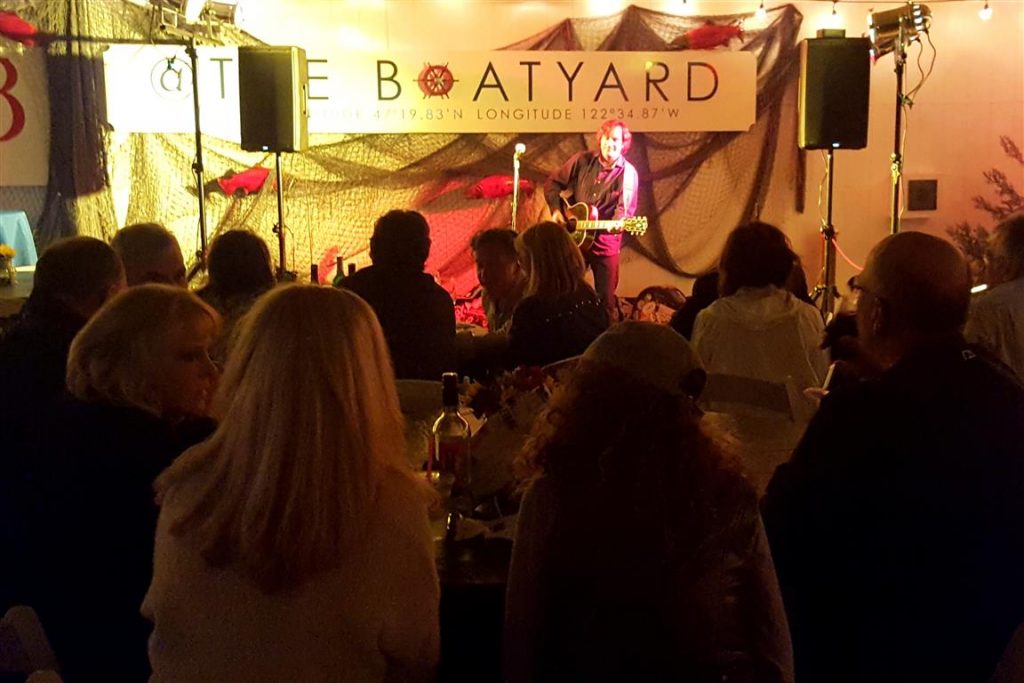 Members of The Club @ the Boatyard enjoy an evening of music with singer Mark Stuart.

“I love doing this,” he told one. “Driving around and touring you really get to see the country and where people live.”

Mark Stuart‘s website says the guitar player is spending 2016 doing just that:  “touring full-time and bringing his years of experience to the stage. His focus is on the songs he has penned and recorded, delivered with a soulful singing voice and highly memorable guitar playing.” Meaning very talented. 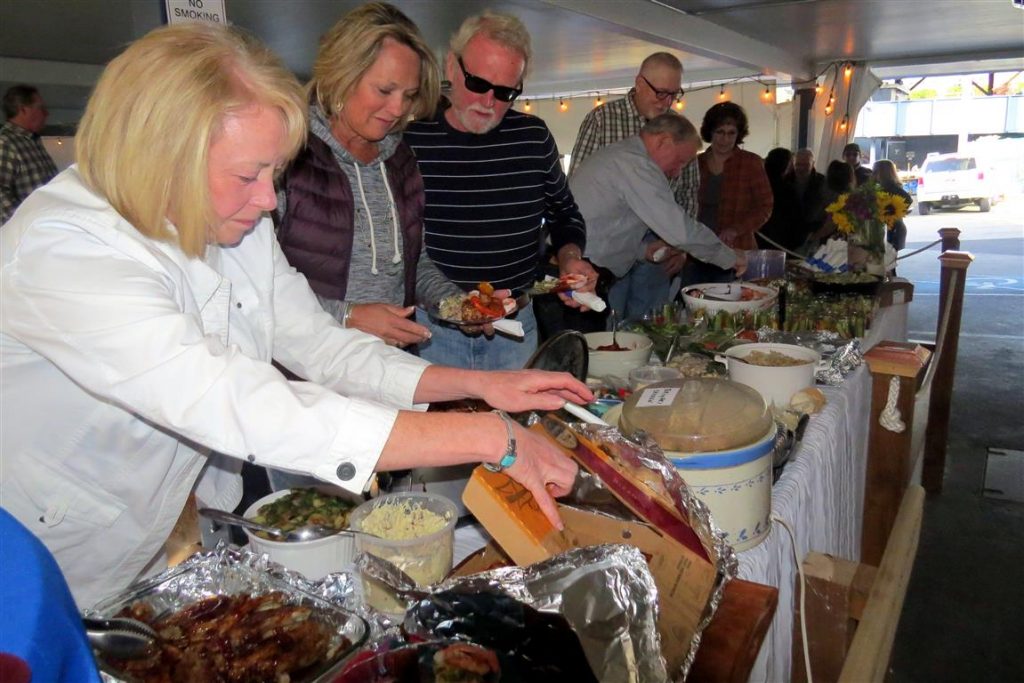 Concert goers share a potluck dinner before the performance at The Club @ The Boatyard.

Be sure to attend the next members’ concert at The Club @ the Boatyard. Membership is easy and open to all for a mere dollar a year, so come and be where the action is on the downtown waterfront.