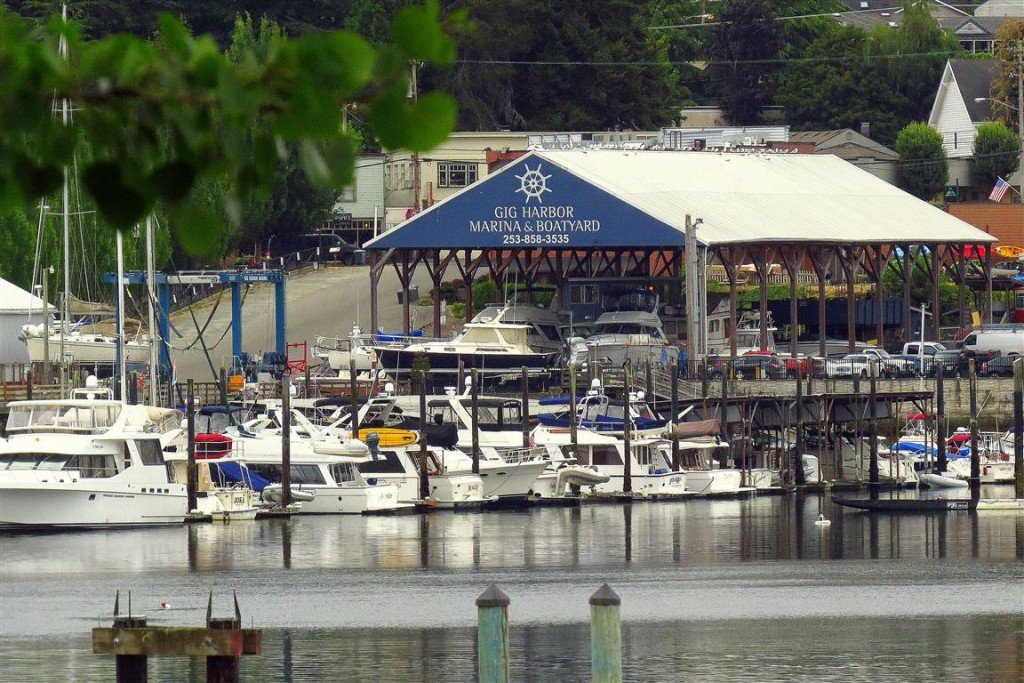 Now, more than ever, you are connected and protected when you are a guest at Gig Harbor Marina & Boatyard. Three new Internet access points and eight new security cameras are part of the long list of improvements made at the marina in the last few months.

The security cameras allow live cam viewing of marina activity at the A and B dock gates, the main entrance and driveway, the parking area in front of The Club venue, the office, the main yard and boatyard area under the roof. The new security system, installed this past summer, is all about improving services and hospitality for guests and tenants at Gig Harbor Marina & Boatyard, says marina owner and general manager Ron Roark. 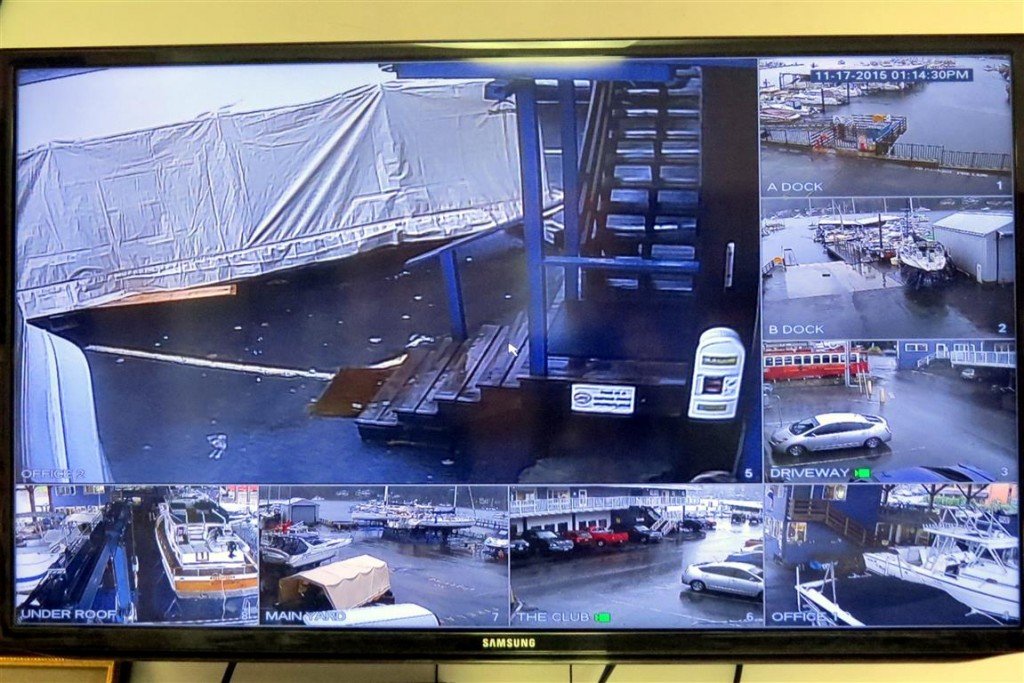 “We have installed a new watch dog for increased security for our tenants,” he said.  Coming soon will be live webcam viewing from the Gig Harbor Marina & Boatyard website.

Richard Moller, marina parts manager who also does installation and site maintenance at the downtown boatyard, plays back the security video each morning to monitor activity that went on overnight.

“I play it back to do a general review to see what’s going on,” said Moller, who has been with the marina since 1994. “Usually, the police department comes through two or three times a night,” he added, as he played a portion of video showing a Gig Harbor police cruiser driving through the marina on one of its patrols.

“We have added three Internet access points that make a big triangle” in the dock area,  he said. “It’s over-lapping coverage and it automatically switches as a person moves around with a hand-held device. Boaters now have more coverage and service than they had before and it’s more reliable. Before it was hit or miss.” 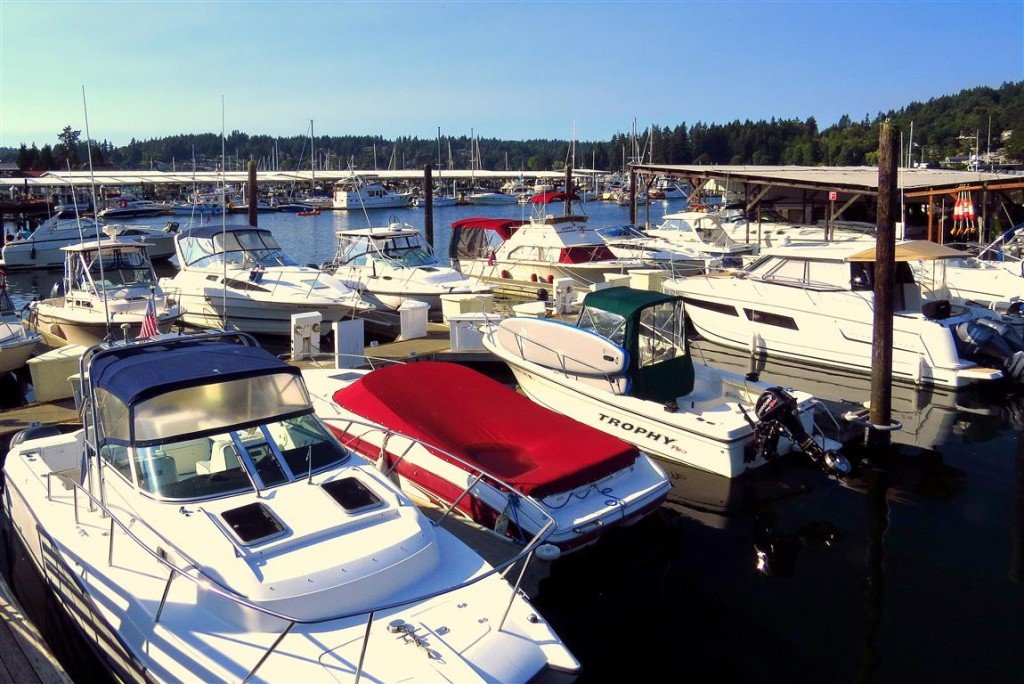 Boat moorage tenants and other guests at Gig Harbor Marina & Boatyard can go to the marina office for a Wi-Fi access voucher for Internet services.

Moller, incidentally, has interesting connections himself.  The long-time marina employee who also runs the 50-metric ton marine Travelift at the boatyard, is the sixth in his family to work at Gig Harbor Marina & Boatyard. His grandfather, father, uncle, two aunts and his wife have all worked at the downtown marina. “I was here for a summer and never left,” he said.

The Moller family homesteaded on Sunrise Beach on Colvos Passage just off aptly-named Moller Drive Northwest. Richard’s grandfather, Henry Moller, ran a Mosquito Fleet boat of passengers and freight between Gig Harbor and Tacoma and “was a shipwright here forever,” he said.  “My dad worked here when he wasn’t on his fishing boat, a purse seiner, in Alaska.”

During his time at Gig Harbor Marina & Boatyard, then known as Skansie’s Ship Building Company, Henry Moller added the bulwarks to Shenandoah, the 65-foot purse seiner now featured at the Harbor History Museum in Gig Harbor. Shenandoah is one of the last Gig Harbor-built purse seiners and was built at Skansie’s in 1925. Its owner, Tony Janovich, donated the wood-hulled boat to the museum shortly after his retirement in 2000. Now the fishing vessel is undergoing restoration onsite at the museum.