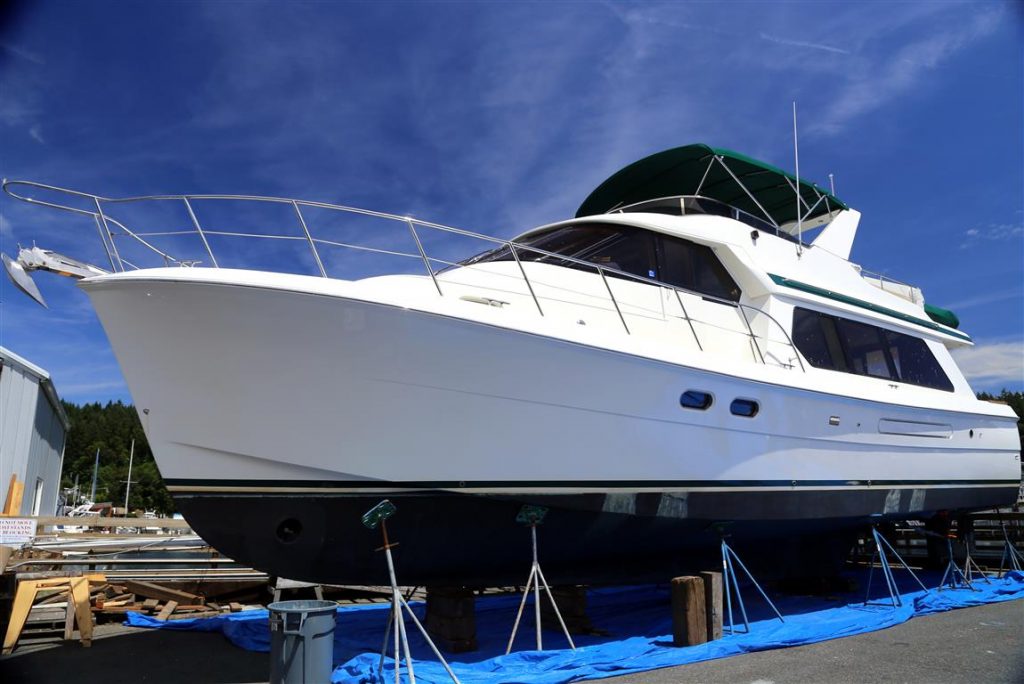 Sometimes a simple task about one thing leads to another, even more important, discovery. Call it serendipity, or just all in a day’s work with mechanical things. But that’s what happened to boat owner Bill Sampson when we were able to diagnose and fix an issue he didn’t even know his new boat had.

It started earlier this month when Sampson, a new customer at Gig Harbor Marina & Boatyard, brought his recently-purchased Hampton 49, Jubilee, to the marina to learn more about the engines.

“He originally called us to have (master mechanic) Chris Hawk familiarize him with his engine operations and systems,” said Mark Lindeman, boatyard manager. “We found out that the main engine seacocks were frozen and required immediate attention.”

Stately Jubilee was hauled and her faulty seacocks connecting her engine-cooling system to the sea were replaced. Hawke finished showing Sampson around the Hampton’s engine compartment and the skipper was soon on his way for summer cruising.

“We’re looking forward to a long and friendly relationship with a new customer,” said the boatyard manager.