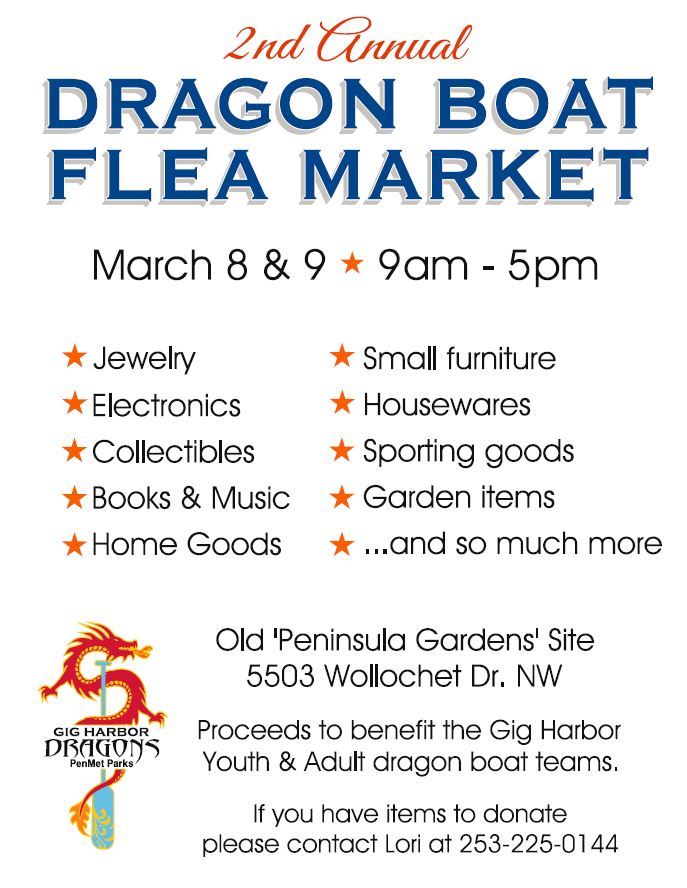 The Gig Harbor Dragons had a hot year of firsts and successes in 2018.

The flea market is a fundraiser for the growing Gig Harbor Dragon Boat team, which is still soaring on wings of success from a year of proud firsts in 2018. After adding two new boats to their fleet and holding a traditional dragon “awakening” ceremony last March, the local paddlers breathed new fire into their program all year.

2018 A Year of Firsts for the Gig Harbor Dragons: 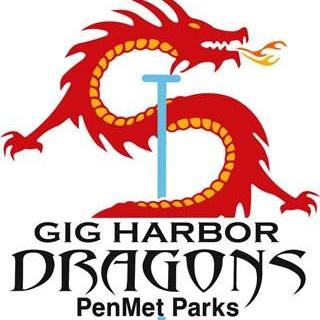 …Which brings us to the upcoming second annual flea market –and the Gig Harbor Dragons could use items from you.

“It is that time of year to clean out the closets, the shed, the work room, the garage,” said the Dragons in promotional material. “The Gig Harbor Dragons would greatly appreciate your used-but-still-in-good-condition items for our upscale flea market.”

Good condition and upscale are the key words as you rummage around for donations, advises the team. The paddlers offer this sorting yardstick: Would you give your item to your son or daughter? 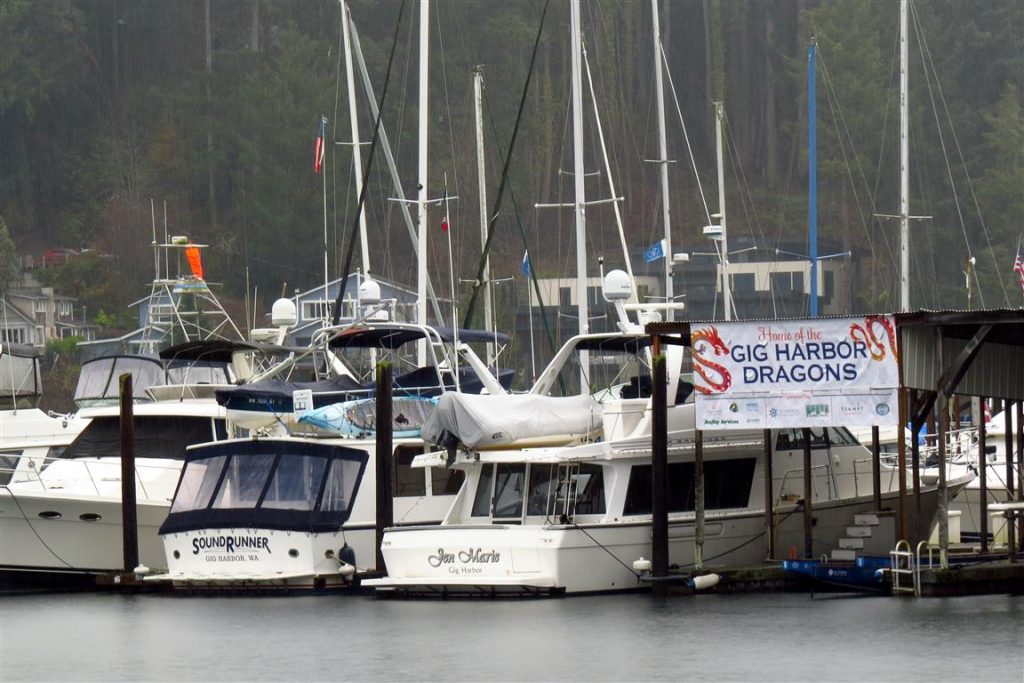 Gig Harbor Marina & Boatyard is a proud sponsor of the Gig Harbor Dragons, who created a banner for their marina slip in 2018.