If your boat is in need of engine work, make your next port of call Gig Harbor Marina & Boatyard. The skilled boatyard crew offers complete engine service and repair, no matter how large or small your boat. 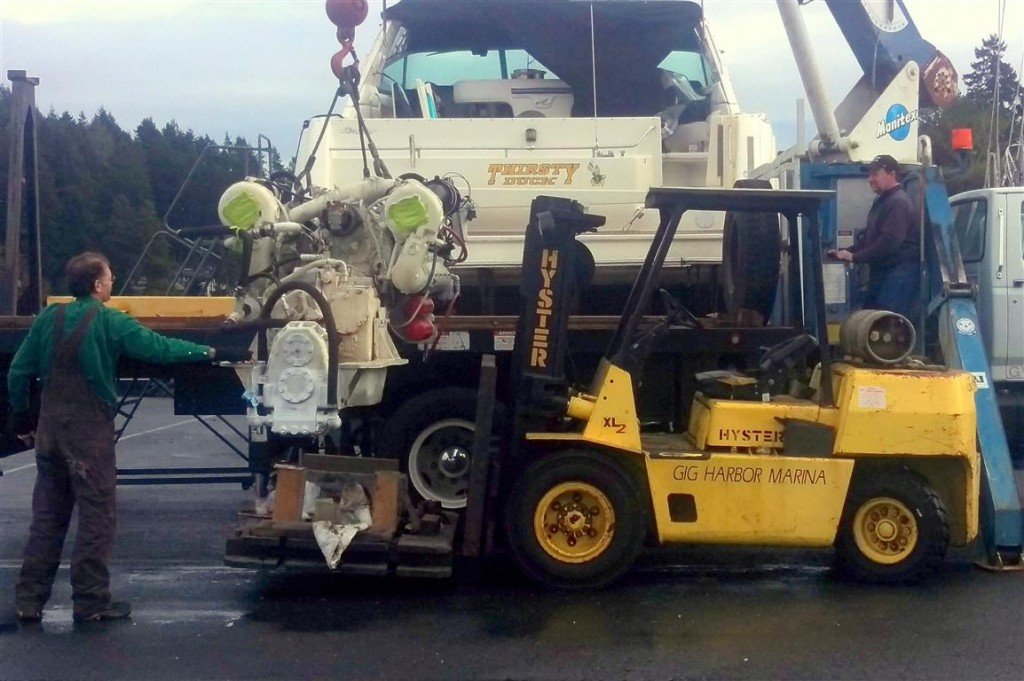 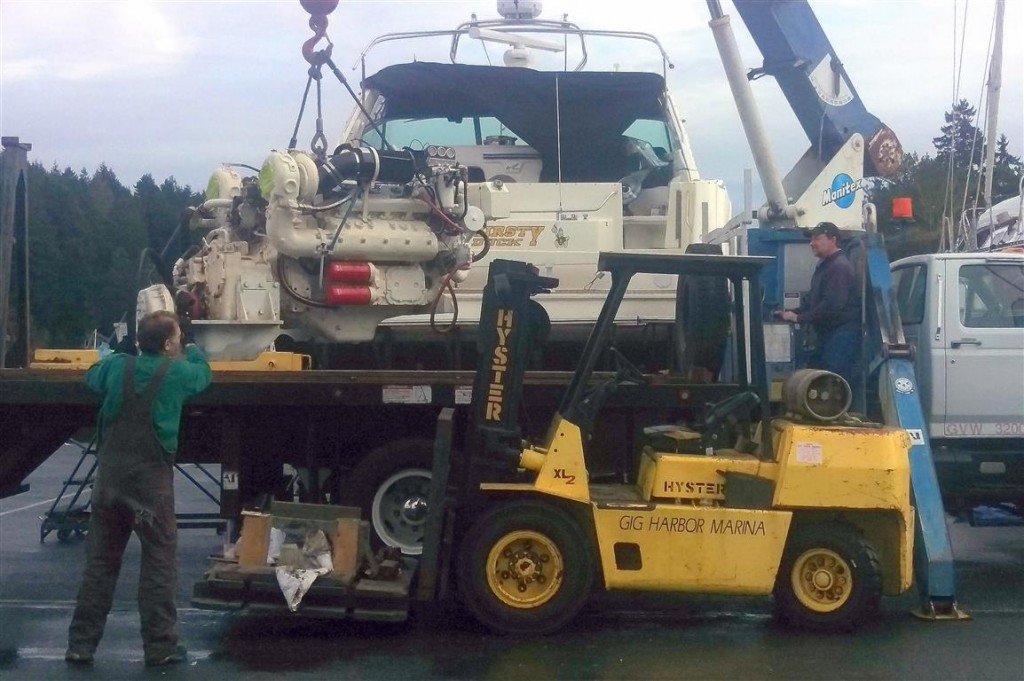 Hawke, who has been at Gig Harbor Marina & Boatyard since 2000, had a big job ahead of him with the Sea Ray’s engine work. He installed a new rear main seal, transmission, drive plate and V-drive and reinstalled the fly wheel. He also put in a rebuilt starter and reassembled all these parts back on the cruiser’s engine. 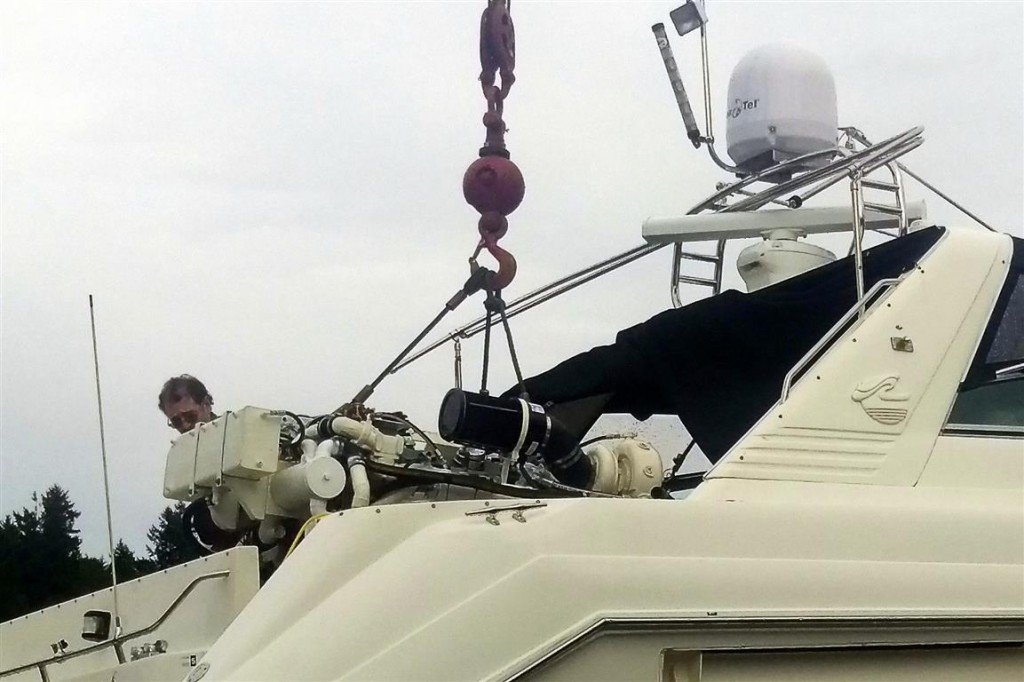 “It’s a heck of a power package,” said Hawke a few weeks ago as he worked on the huge engine on the boatyard shop floor. 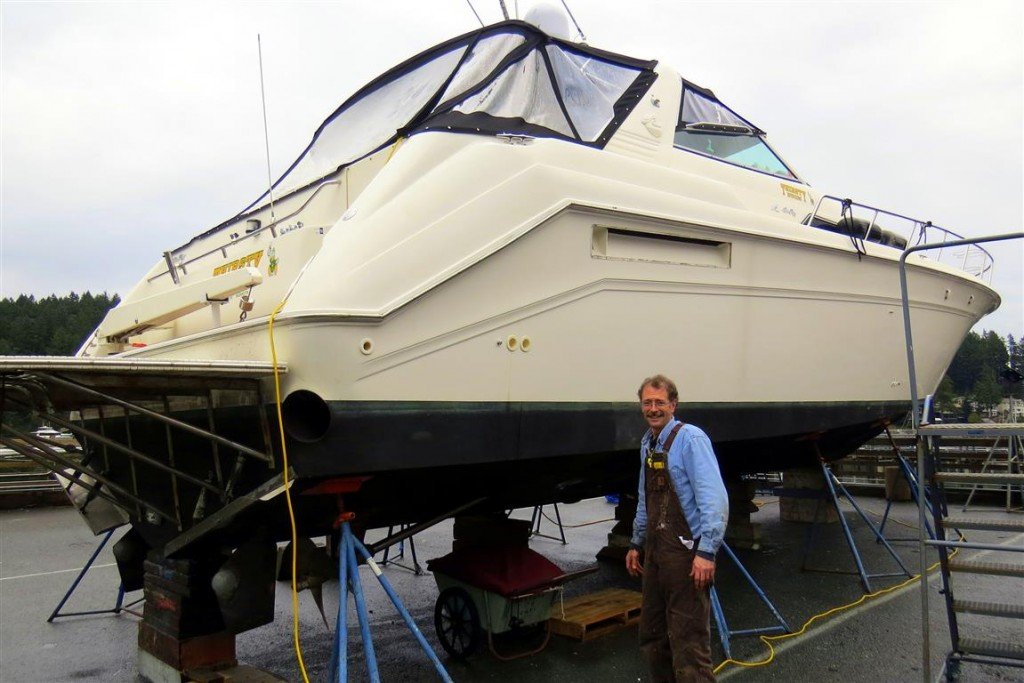 Service and refurbishment of Thirsty Duck’s three-ton engine was made easier by the addition of the marina’s new boom truck crane. The 32,000 gross vehicle weight Manitex crane truck was added to the equipment lineup at Gig Harbor Marina & Boatyard late last summer. Now, the boatyard crew can service and repair much larger, heavier engines that need to be removed for the engine work to be done. 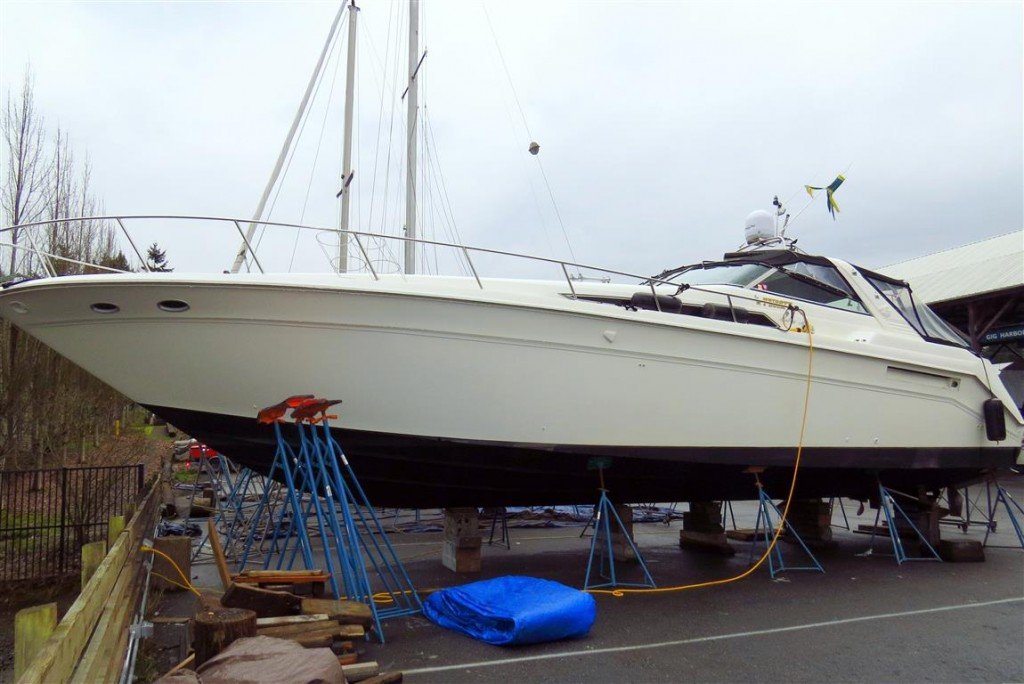 Thirsty Duck will soon be ready for the upcoming boating season after quality engine work at Gig Harbor Marina & Boatyard.