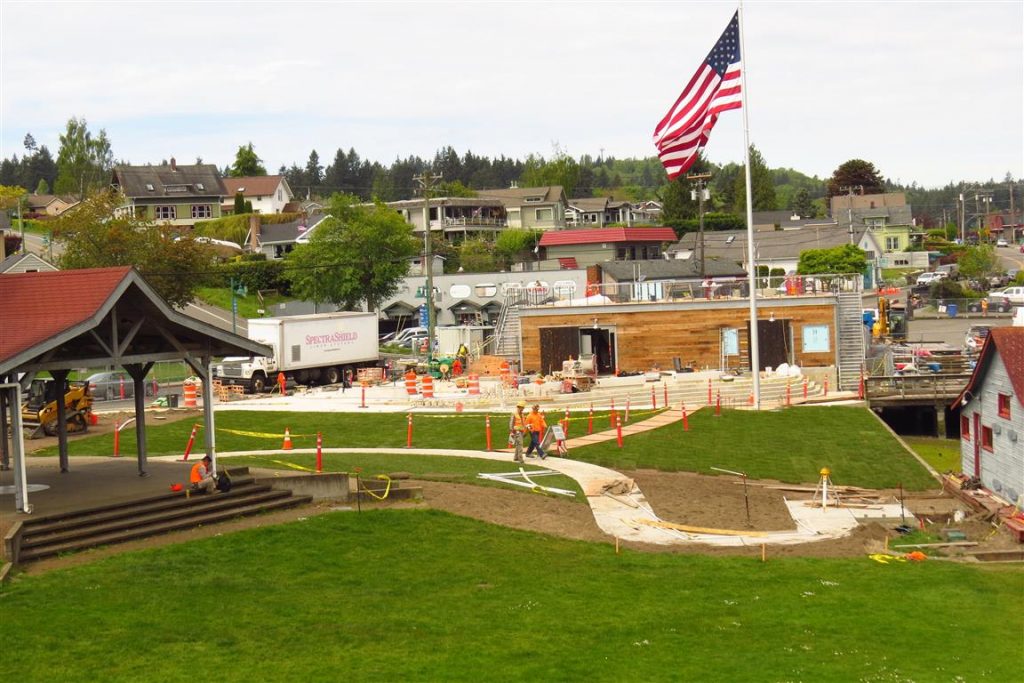 The new look of Skansie Brothers Park is taking shape and it’s an inviting view from The Club @ the Boatyard.

Our “backyard” is getting better all the time with the extensive renovation project next door wrapping up in the next few weeks. And, in taking it all in from the deck of The Guesthouse @ the Boatyard, it surely seems that the park’s summer activities will be brought even closer to our back door.

The new restroom building, with its sweeping curved steps and expansive public plaza with seating and water feature around the Fisherman’s Memorial, has considerably abbreviated what was formerly the main lawn area.

Now, the lawn just outside The Club @ the Boatyard and down to the harbor bulkhead appears to afford the largest area for summer concert seating and vendor booths for the weekly Waterfront Farmers Market — set to begin in early June, by the way.

Skansie Park Renovation on Schedule for May 24 Completion

I’m just saying. Renting The Club during a Summer Sounds at Skansie concert or any other festivity going on in the park this summer may have just gotten more enticing. You can look out and step out right into the heart of what appears to be a new and improved shift in focus for park activities. 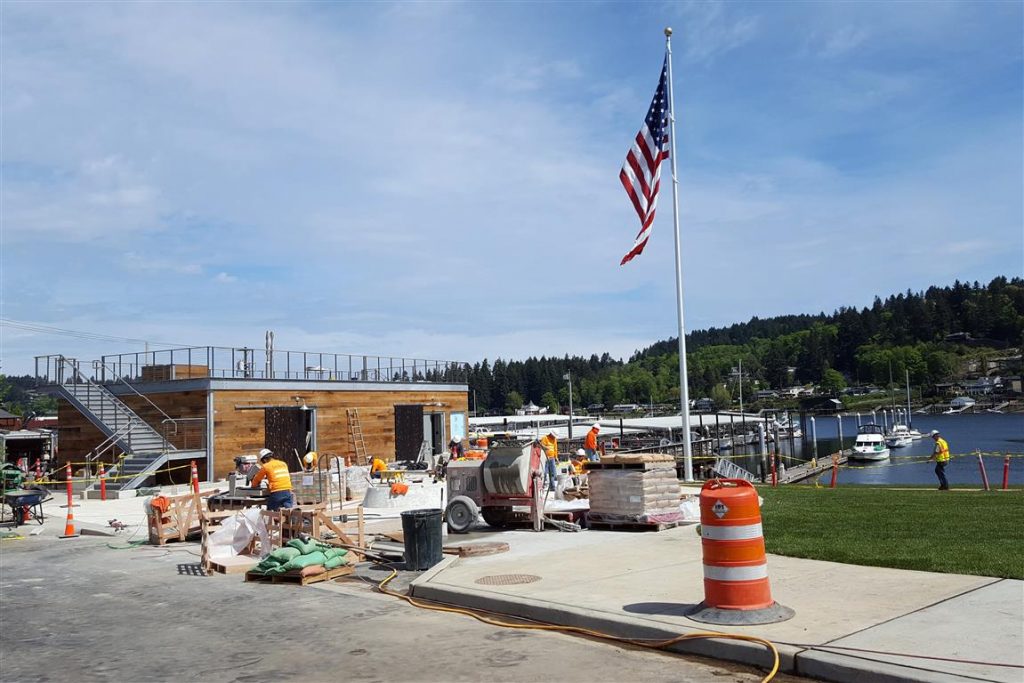 The new Skansie Brothers Park restroom, lift station and public plaza is on schedule to be completed by May 24.

The park renovation by the Stellar J Corporation began last September and is on schedule to be completed by the target date of May 24, according to the City of Gig Harbor Parks Department.

Last month the contractor completed all roadway civil work, constructed paved ADA pedestrian ramps, and re-paved Harborview Drive. The lane shift will remain in effect until the project is completed and re-striping the roadway will take place at that time.

Extra construction material and storage containers have been cleared out of the park and new topsoil and sod set into place, allowing the reconfigured look of the park to come into view. 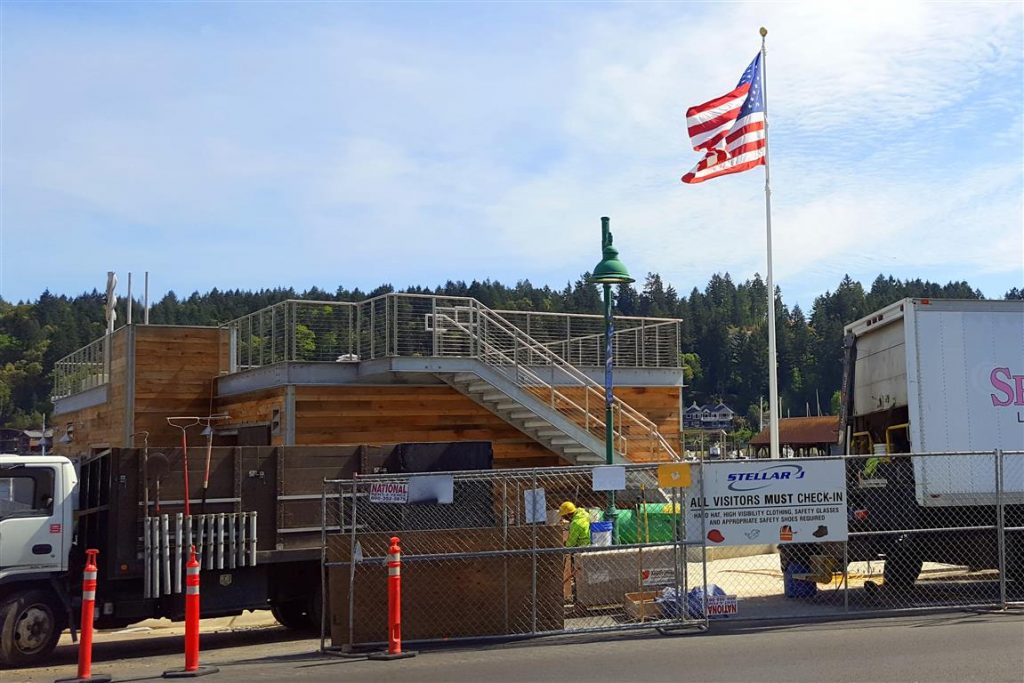 Stellar J and their subcontractors continue to work on the new Skansie park restroom and shower building, installing attractive reclaimed cedar siding and safety railings on the rooftop observation deck. Crews are working on water feature plumbing and electrical, and have placed the concrete slab in the plaza area in preparation for installation of the plaza pavers.

As of the city’s last project update in April, crews were working behind the scenes in the new lift station, working inside the mechanical and electrical room and the wet well, fitting piping together, running electrical wires and installing pumps.

Following a successful commissioning period of the new wet well system, the old lift station will be decommissioned and demolished, and the backup pump that sits next to the sidewalk will be moved into the new building.

All in time for the summer slate of park festivities, beginning with the opening of the Waterfront Farmer’s Market on June 1. The market in Skansie Brothers Park runs every Thursday from 3-7 p.m. through Aug. 31.

Stop by JW @ the Boatyard for a bite to eat and stroll over to the new Skansie Brother’s Park.

It all happens right next door to us at Gig Harbor Marina & Boatyard in the soon-to-be-completed park. Visit the JW @ the Boatyard food trolley for a bite to eat on the go, and come to The Club @ the Boatyard for all kinds of exciting summer events. You’ll enjoy spilling out into the beautiful “backyard” next to us.

Psst: Be sure to come down to the boatyard for our annual Swap Meet on June 10. Great boating “stuff” to buy and sell, live music and food for a day of fun @ the boatyard.