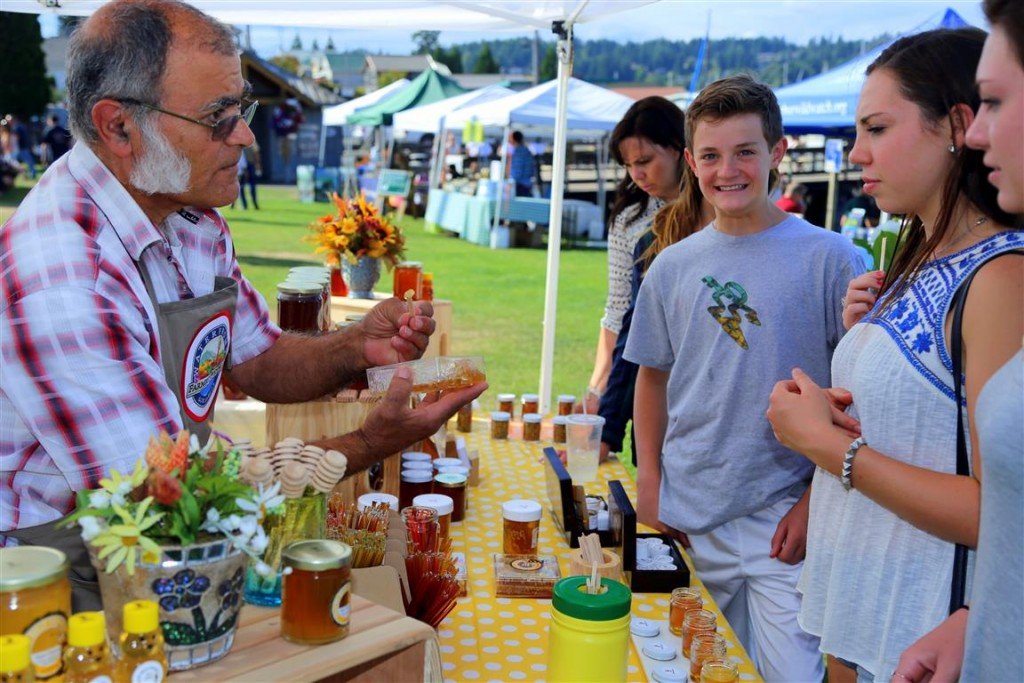 The Gig Harbor Downtown Waterfront Alliance, which hosted the market in Skansie Brothers Park each Thursday  from early June through Sept. 24, just had its final wrap-up meeting for the market season.  Organizers call it a “very successful season,” in no small part due to Gig Harbor Marina & Boatyard helping make things easier with storage and parking. 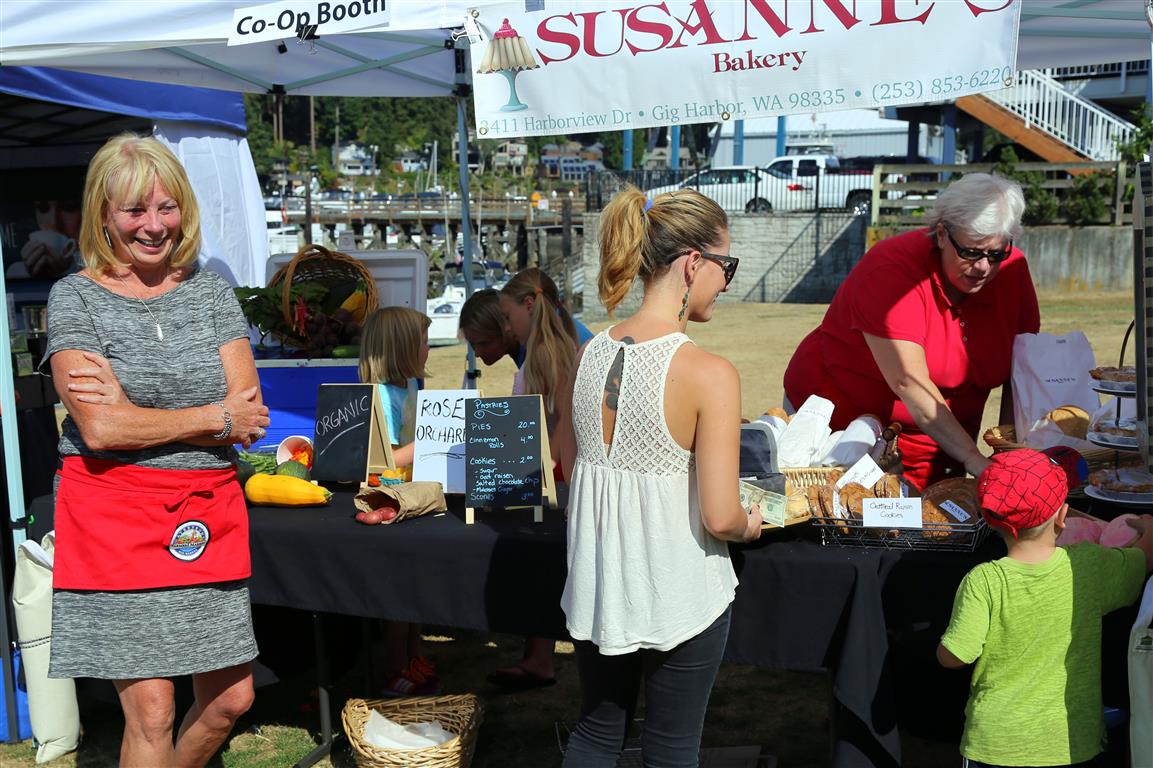 “It was absolutely awesome to have the marina’s support,” says new market manager Heidi Gerling, who came on board for the last two weeks of the summer season. “The market was very successful and we’re so grateful to the marina.”

Gig Harbor Marina & Boatyard general manager Ron Roark offered the use of a storage shed next to the park for market equipment, plus some free parking spaces so vendors could unload and load their wares without having to haul them so far.

“Having that storage was so important,” added Gerling. “We have so much stuff and it was so helpful to have it right there so we could set up each week. We have tables, chairs, tents, signage, boxes of handouts and banners and we have to have it all set up so the vendors can set up.” 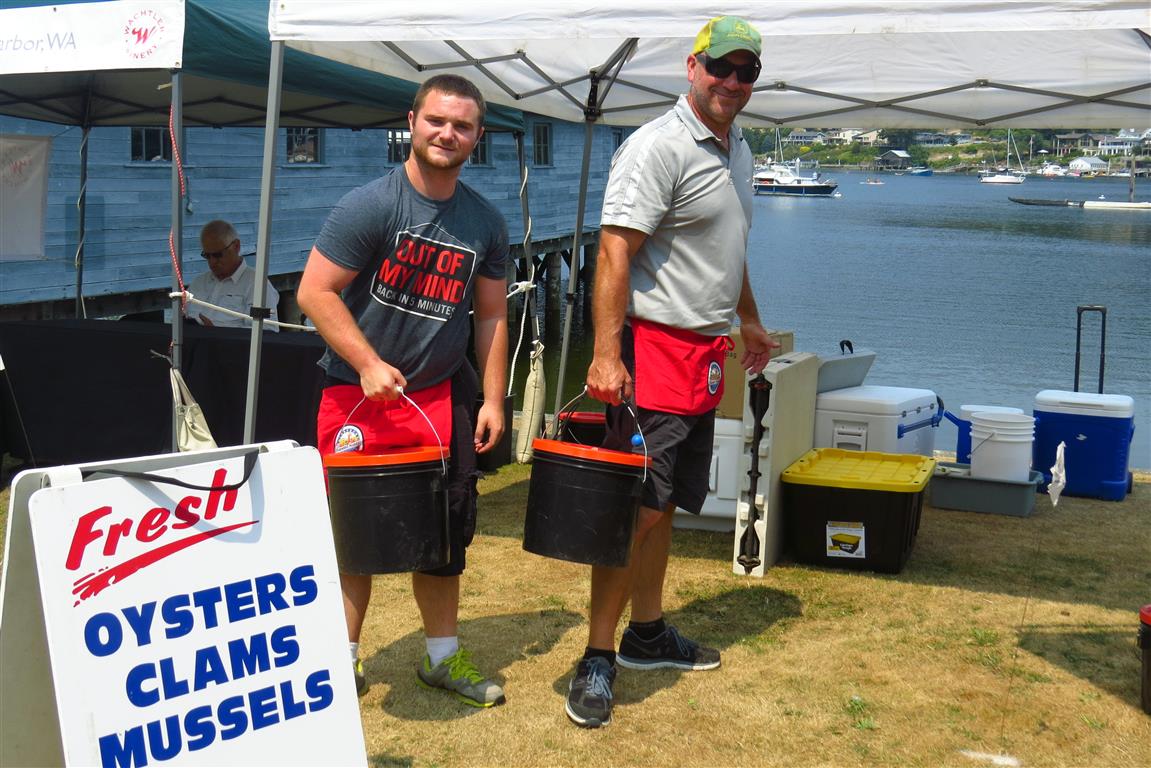 While set-up is “huge,” she continued, loading vehicles at the end of the market is “even bigger” because it all happens at the same time. Having those extra parking spaces, especially for vendors setting up near Gig Harbor Marina & Boatyard, was very appreciated, she said.

“Our market is unique in that we don’t have any parking for vendors,” Gerling said, referring to the park’s location on the main thoroughfare through the downtown waterfront area.

Vendor Erin Ewald with Taylor Shellfish Farms, which always set up near Gig Harbor Marina & Boatyard, was grateful for those parking spaces provided by the marina. “It eases up the parking and it’s nice that we’re not all crowded into the same space,” she said earlier this summer as she pulled a heavy cooler of mussels and clams the short distance across the lawn.  “It makes it so much easier.” 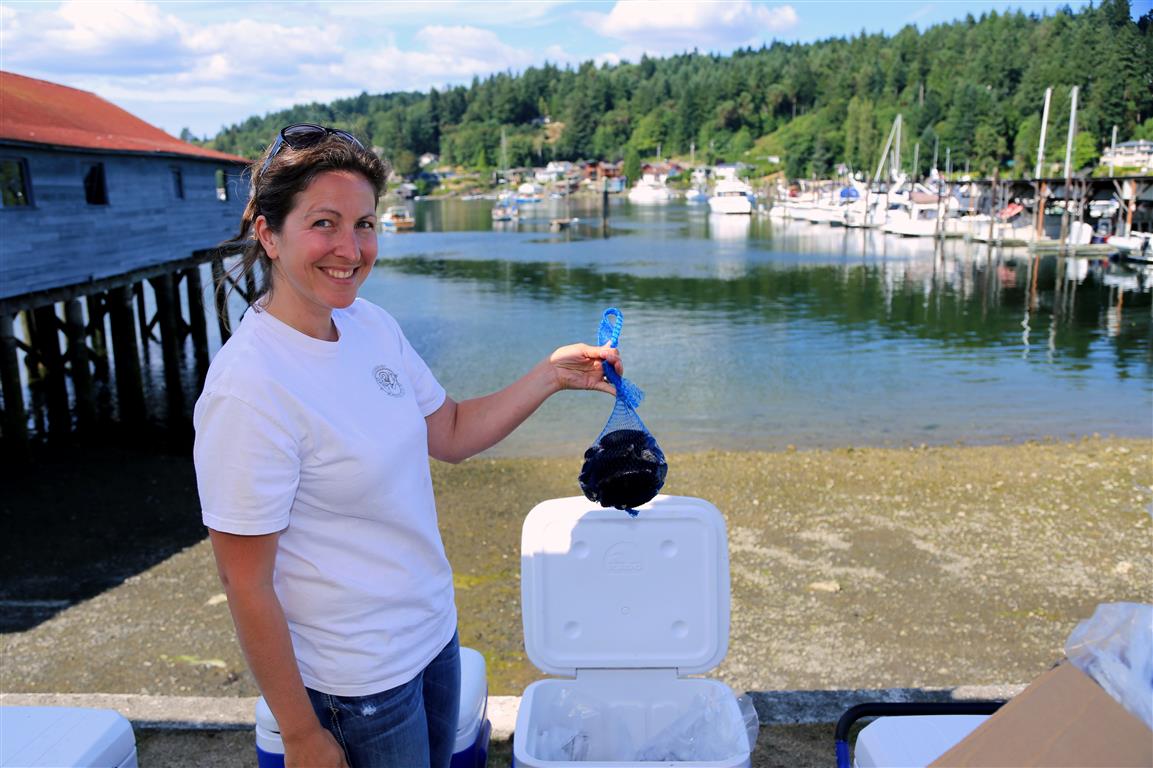 New market manager Gerling said the Waterfront Alliance tracked visitors and total sales this summer and are “extremely pleased” with their first season organizing the market of  fresh seafood, berries and other produce, cut flowers, baked goods, salsa, honey and more.  “Now my job is to continue that,” she added. Soon, organizers will set the dates for the 2016 season and are looking forward to again partnering with Gig Harbor Marina & Boatyard.

“The Alliance so appreciated the support Gig Harbor Marina & Boatyard extended to our inaugural Waterfront Farmers Market,” said Mary DesMarais, executive director of the Gig Harbor Downtown Waterfront Alliance.  “Providing the space for us to have storage right by the park made our weekly set up and clean up so much easier for our volunteers and market staff, as did offering parking and unload space for our vendors who were closest to the marina.”

Be sure to check out Gig Harbor Waterfront to learn about other exciting upcoming events the Alliance has planned  — especially Trick or Treat in the Harbor from 2 to 5 p.m. on Halloween, and Girls Night Out, set for Nov. 12.