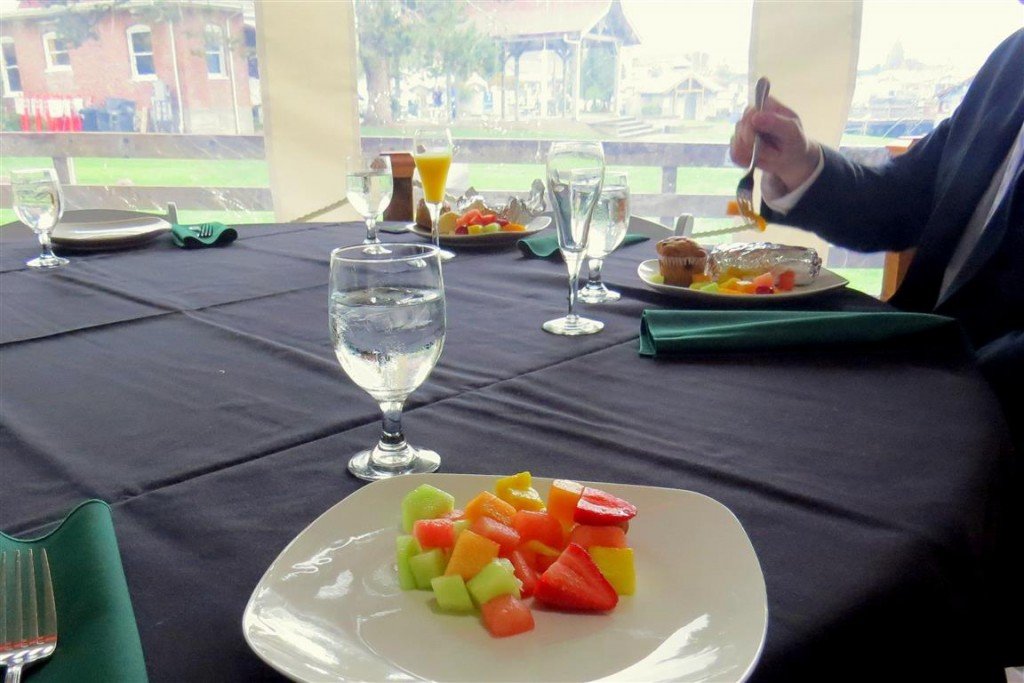 The Gig Harbor Film Festival held its wrap-up party at The Club @ The Boatyard on Sunday to rave reviews by filmmakers and organizers. Gig Harbor Marina & Boatyard’s new waterfront venue was just the right stage for the 8th annual festival’s “It’s a Wrap” awards ceremony. 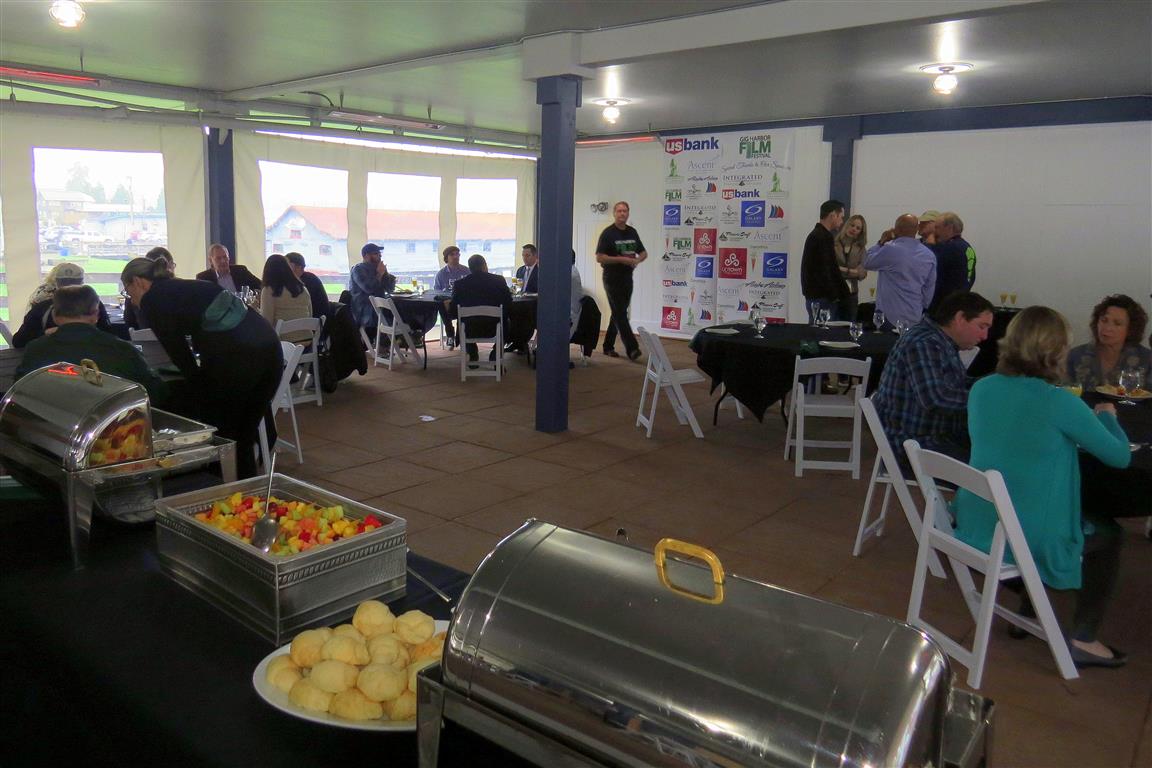 “This is such a neat space,” said filmmaker Alex Quade, waving an arm toward the cloth-covered tables situated comfortably near the inviting fireplace.  “You get to look right out on the water and you get a sense and flavor of what makes Gig Harbor a special place,” said the filmmaker who flew in from Hollywood for the festival. “Look, you even look right out at Canada geese,” she added as she took in the view of Skansie Brothers Park and the harbor through the large windows in the canvas curtains enclosing the venue on a drizzly day. 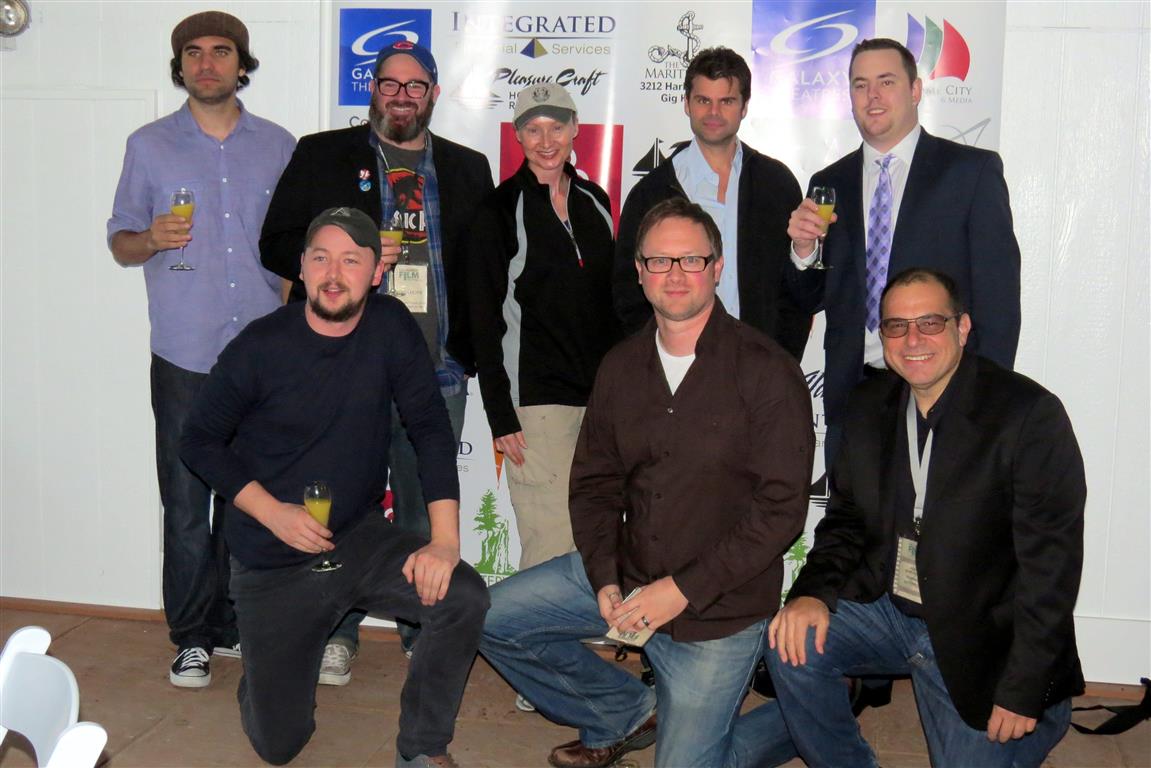 Quade (pictured in the middle of the back row, above) grew up in Bellevue and is an Edward R. Murrow Award-winning war reporter for CNN who covers Special Operations Forces in Iraq and Afghanistan.  Quade, who has made a career out of  “going to bad places” as an embedded war correspondent, showed her latest film, “Taliban Capture & Release” at this year’s festival.  It is a continuation of her 2012 award-winning story, “Horse Soldiers of 911,” which was later expanded into a short film of the same name, narrated by actor Gary Sinise.

Gig Harbor is a “very warm and welcoming community,” said Quade.  “What makes this film festival different is its commitment to your community and the military community. This is a beautiful place and the people who live in Gig Harbor really have something special.”

Filmmaker Jason Kartalian (front row on right in photo above) echoed that sentiment. “This place is unbelievable and I can’t wait to bring my family here,” said the writer and director of independent film “Seahorses,” which is coming out on iTunes in January. Being in Gig Harbor was “a great experience and this is a must-see place in the Northwest,” added Kartalian, who stayed on a houseboat at Pleasurecraft Marina with other filmmakers. “I’m so glad Marty (Thacker, executive director of the film festival) invited me here. Everyone has taken so much care about my comfort.” 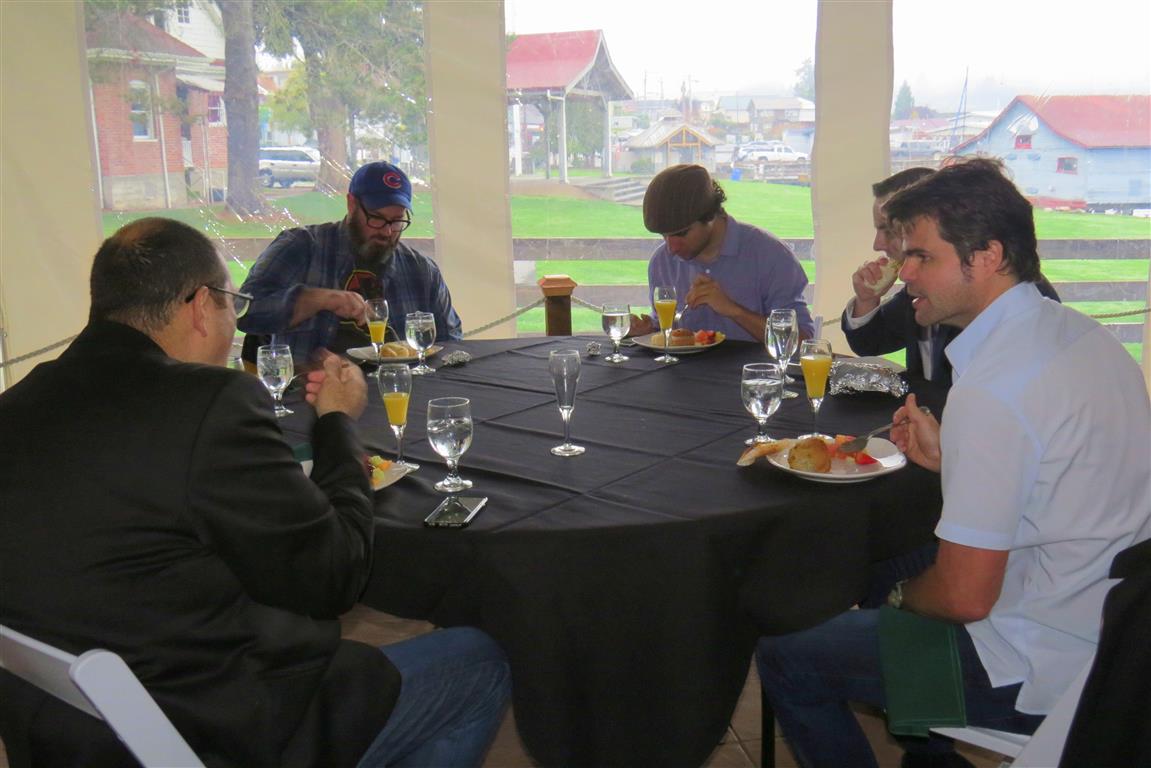 About 25 filmmakers and festival organizers attended the “It’s a Wrap” awards ceremony at The Club @ The Boatyard.  They enjoyed a brunch of breakfast burritos, croissants, muffins, fresh fruit and mimosas in the harbor-side event space made cozy by glowing ceiling heaters and an inviting fireplace. They gathered for the audience awards following the 8th annual film festival, which ran Oct. 15-18 primarily at the Galaxy Theatre. 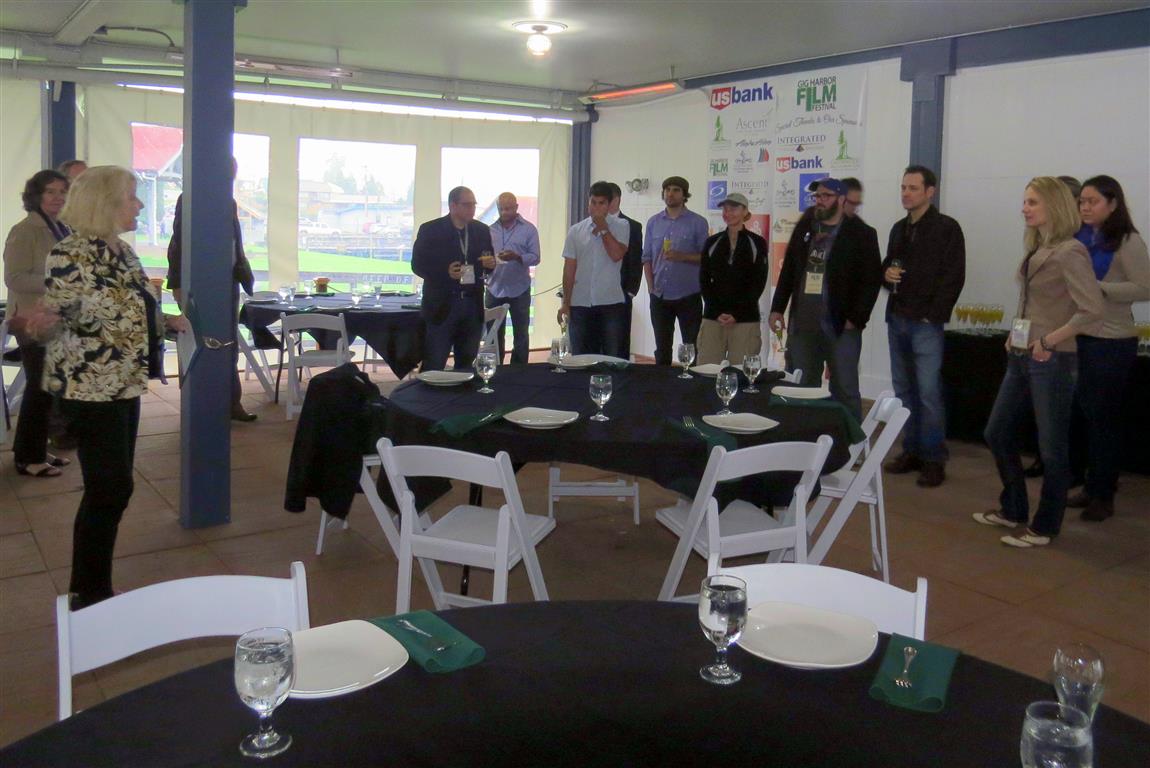 “I think it’s wonderful, ” said Thacker. “Everybody who comes to Gig Harbor says ‘where can we have an event?’ This (venue) is very much in demand. This is one of the most active communities I’ve been in.” 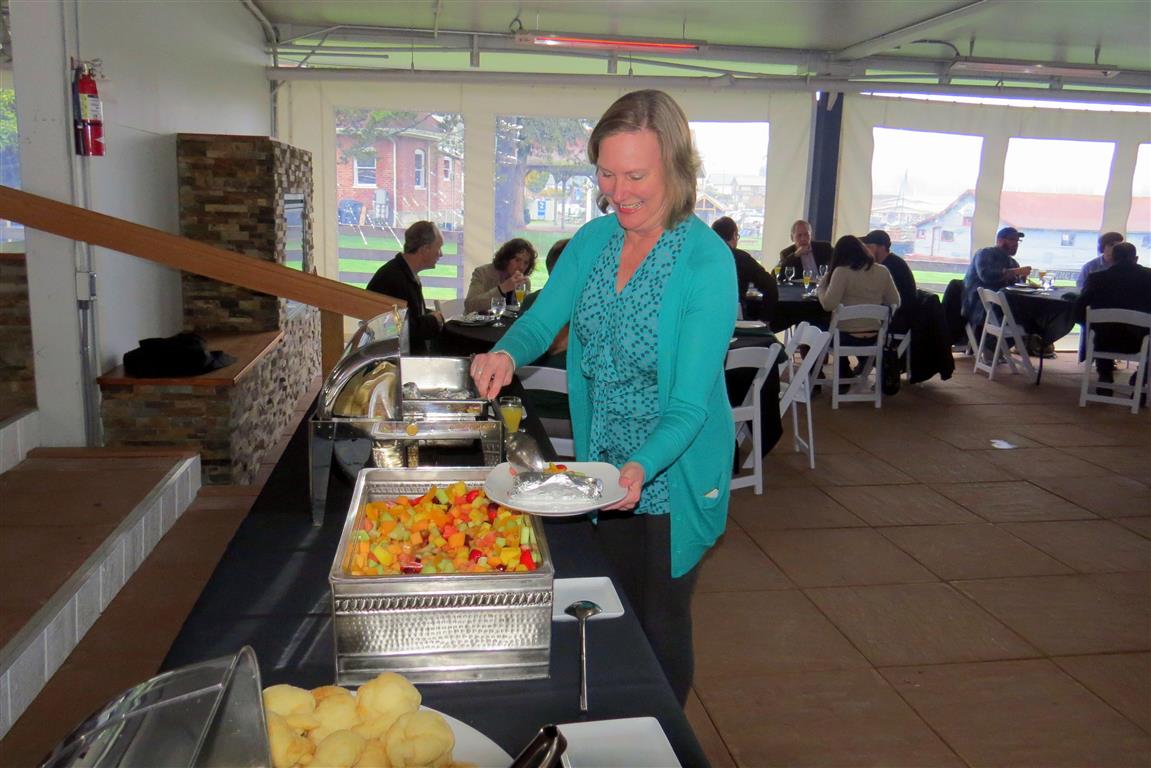 Festival volunteer and local filmmaker Cathy Stevulak praised Gig Harbor Marina & Boatyard’s attractive Club @ the Boatyard. “I think this venue has so much potential to bring more culture to the heart of the community,” said Stevulak, whose film “Threads” will be screened on Nov. 5 at 7 p.m. at Agnus Dei Lutheran Church on Peacock Hill Avenue in Gig Harbor.

The Club @ The Boatyard is a “gathering place and we need spaces like this. It’s wonderful to have,” she added.

To rent The Club @ The Boatyard for your own special event contact Club manager Danielle Taylor at dtaylor@gigharbormarina.com. To learn more about The Club, go to Event Resources Gig Harbor