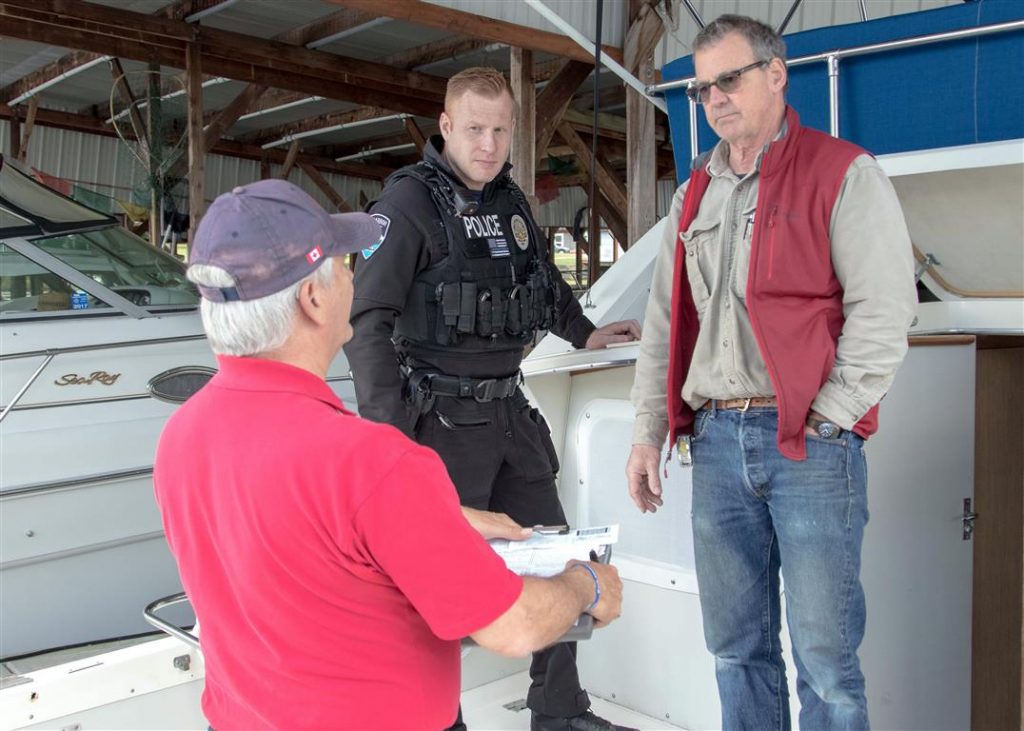 Spring Into Boating Safety Reaches Out to Boaters

Spring Into Boating Safety, organized by the Gig Harbor Police Department on April 29, may have been lightly attended, but it definitely “set the stage for next year,” said Ron Roark, managing director of Gig Harbor Marina & Boatyard where the boating safety awareness day was held.

“It was a good start to an annual event,” said Roark, who lauded the number of vessel inspections conducted and the big basket of expired safety flares collected and turned over to the Gig Harbor Fire Department.

“This first safety day set the stage for next year,” said Roark, “and the boatyard is actually a very good place to have it with our space and facilities.” 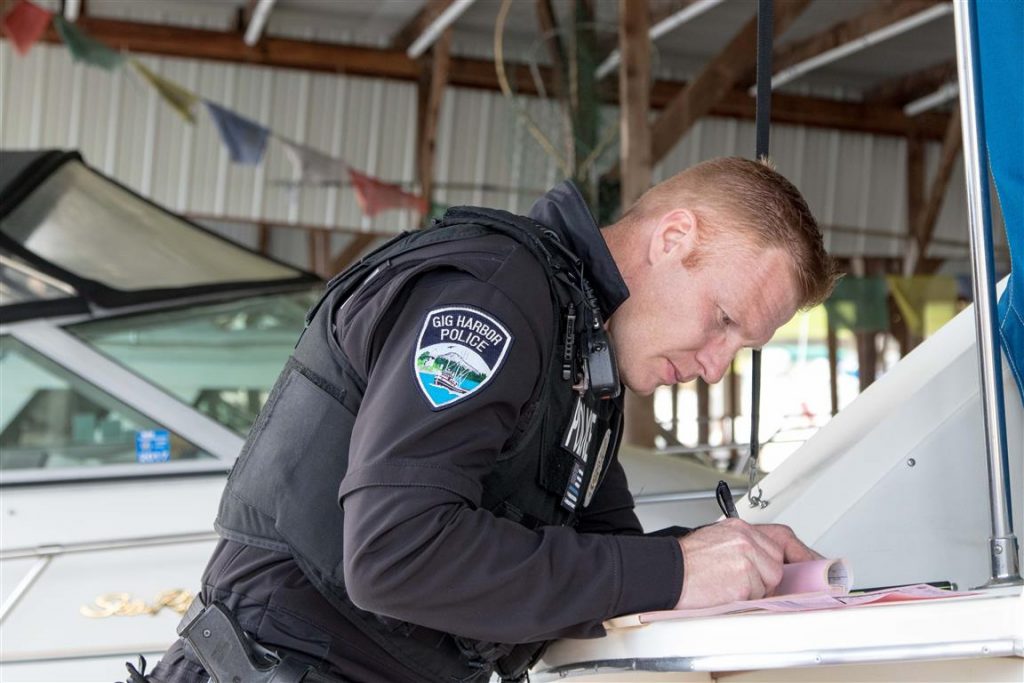 Officer Tray Federici of the Gig Harbor Police Department, and formerly with the Coast Guard, conducts a vessel safety inspection (and in top photo) during Spring Into Boating Safety day at Gig Harbor Marina & Boatyard on April 29.

“This was a good start to an expanded boating safety outreach program,” he said. “We conducted 26 vessel safety inspections during the event and we had the opportunity to involve our partners from the Washington State Parks Boating Program, the USCG Auxiliary and the Power Squadron.”

The vessel safety inspections were a free service offered by local marine law enforcement officers at several downtown marinas as well as on Wollochet Bay. Boats that had all of the required safety equipment on board, and in good condition, received a current Marine Safety Inspection decal.

“It was a good start to an annual event.” – Ron Roark, co-sponsor

In the above video Lighthouse Marine co-owner Rich Swanson presents tips on maintenance and fuels for outboard engines.

Spring Into Boating Safety Day also featured product displays by vendors and offered educational seminars, including: prepping boats for boating season, “the care and feeding” of outboard engines, and information on on-board tracking and messaging devices.

Gig Harbor Marina & Boatyard’s Service Manager Rachael Cartwright gave an informative talk on Gelcoat, Painting and Waxing, which we’ll include as a video link in a future blog.

“We hope to build on this event in the coming years with the goal of getting all boaters to be thinking about safety at the start of each season,” he said. 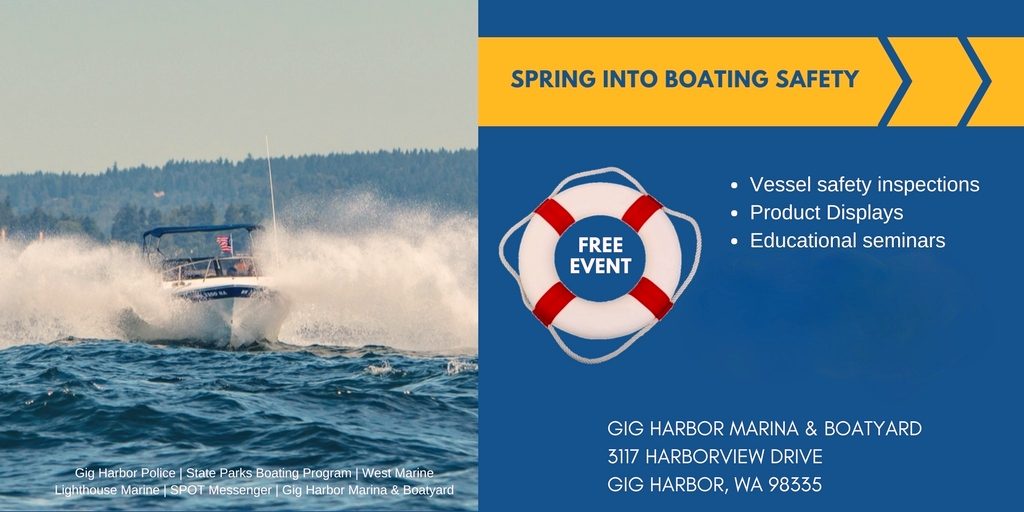