Great news for visitors on the go in downtown Gig Harbor. The food trolley opening at Gig Harbor Marina & Boatyard chugged forward by winning city approval recently and will be serving its delicious gourmet fare this spring.

The marina’s application to operate JW @ The Boatyard was approved by the City of Gig Harbor this week and the long-awaited food trolley on the harbor will be opening soon, said Ron Roark, general manager of Gig Harbor Marina & Boatyard. 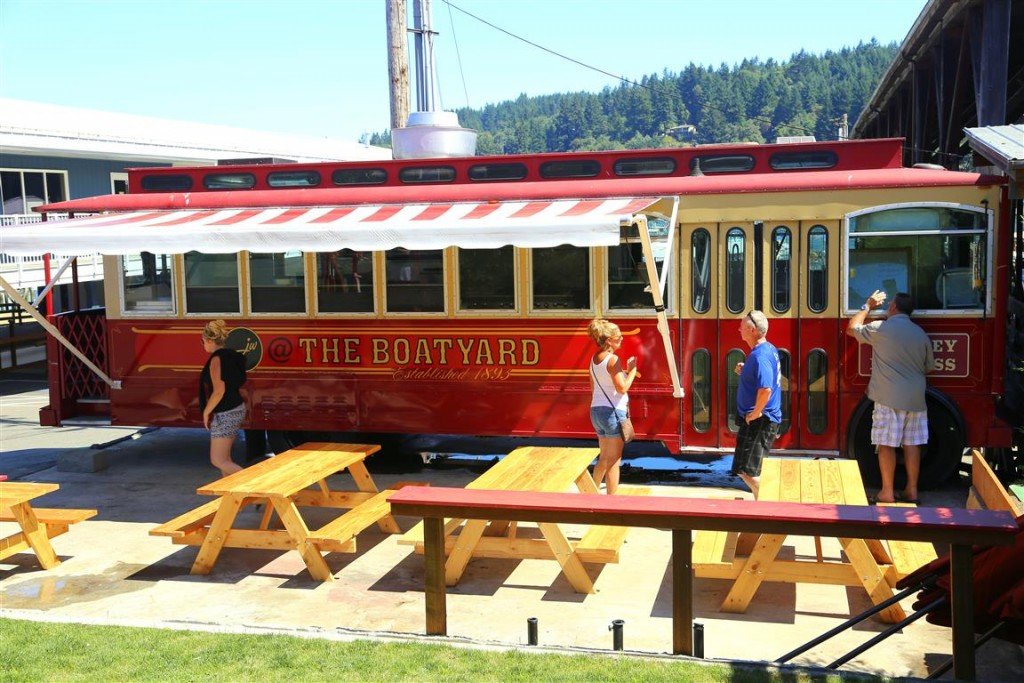 Visitors to downtown Gig Harbor checked out JW @ The Boatyard last summer, hoping to get lunch on the go.

You have probably noticed the bright red trolley at the entrance of Gig Harbor Marina & Boatyard. Last summer, inviting picnic tables and a patch of green lawn next to the trolley awaiting customers who wanted to grab fish & chips or a crab melt while strolling along the waterfront.  People stopped and peered wistfully inside the trolley, hoping for some sign of crispy calamari with aiola or a delectable grilled salmon Caesar salad. But the wait is almost over and these and other delicious Northwest offerings will soon be served from JW @ The Boatyard, Gig Harbor’s Food Trolley.

Jason Winniford, co-owner of JW, left, watches as his crew prepares for the opening of JW @ The Boatyard.

Yes, that’s the same JW as the outstanding JW Restaurant that serves tasty twists on American comfort food at the end of the harbor at 4107 Harborview Drive.  JW @ The Boatyard is right next to Emilie Gallery and Boutique, just down the planter box-lined driveway into Gig Harbor Marina & Boatyard. 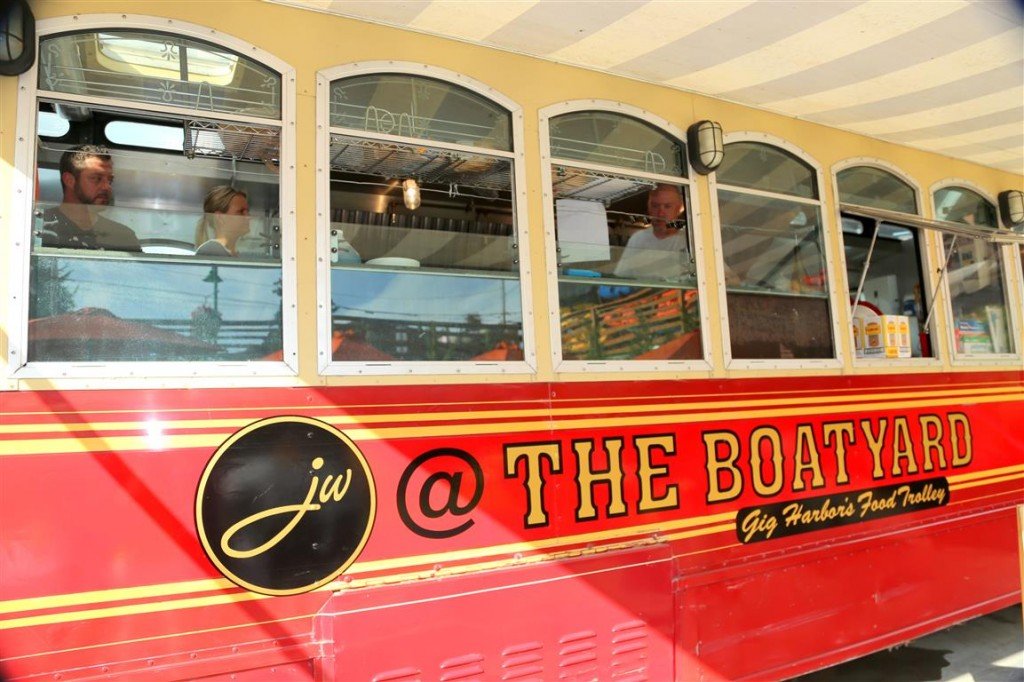 Kitchen staff from JW Restaurant are planning a gourmet menu of Northwest fare offered at JW @ The Boatyard.

Keep watching this blog for updates on JW @ The Boatyard so you don’t miss the grand opening coming this spring.

Like Loading...
Posted in Uncategorized
← The Club @ The Boatyard Hosts Open HouseSip & Stroll Along the Harbor With Your Valentine →