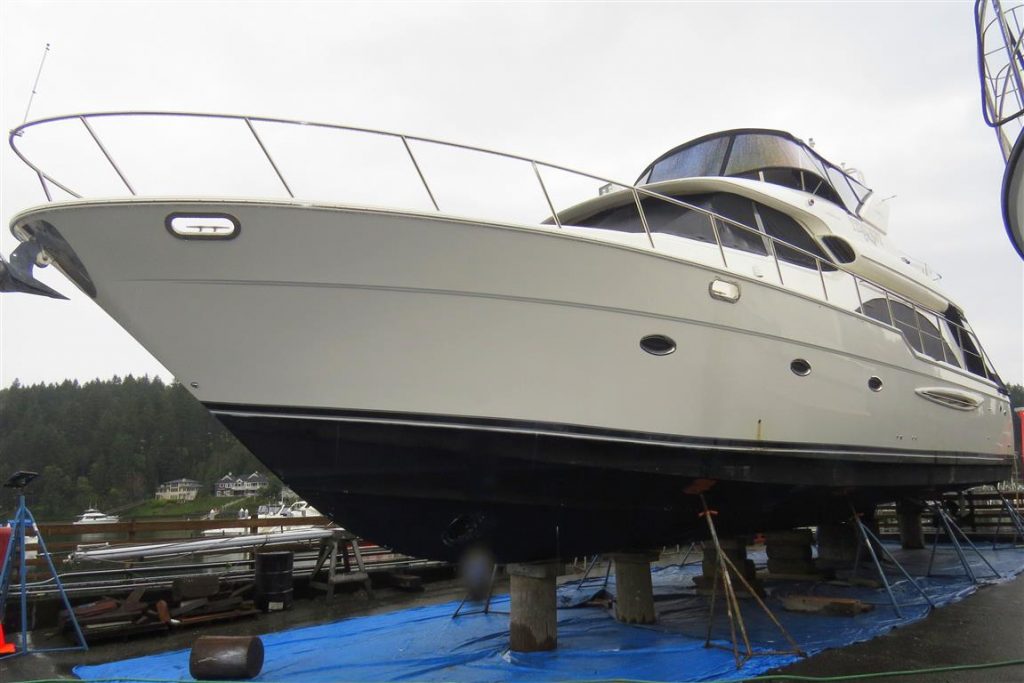 A mighty Tempest blew in and out of Gig Harbor Marina & Boatyard last week. The Meridian 58 was in for running gear protection and other periodic maintenance ahead of the fair weather boating season.

The beautiful pilothouse-style boat came to Gig Harbor Marina & Boatyard for cleaning of her running gear and bottom paint. The efficient crew at the downtown boatyard finished her service so fast that Tempest practically sailed on the next tide. 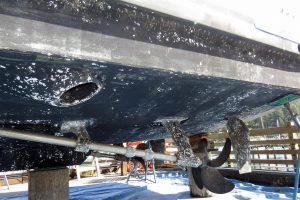 The 58 Meridian came in running gear protection and bottom paint. Sanding off barnacle growth was the first step.

The paint and finish experts at Gig Harbor Marina & Boatyard used Prop Coat Barnacle Barrier paint on her props and running gear. “It’s the best for retarding growth on running gear,” said Mark Lindeman, manager of the boatyard. Prop Coat provides underwater metal corrosion protection. It forms an excellent bond to underwater metals for running gear protection. Plus, it can be used above or below the waterline. 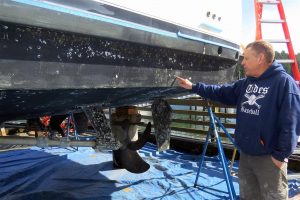 But first, Doug Terrian, the paint lead at Gig Harbor Marina & Boatyard, and his crew sanded off stubborn barnacle growth. That was the initial step in getting the Meridian ready for paint application. “It was quite a job, but she looked fantastic,” he said, wishing an “after” photo had been taken before the stately boat left the yard.

“It was quite a job, but she looked fantastic,” he said, wishing an “after”..Doug Terrian 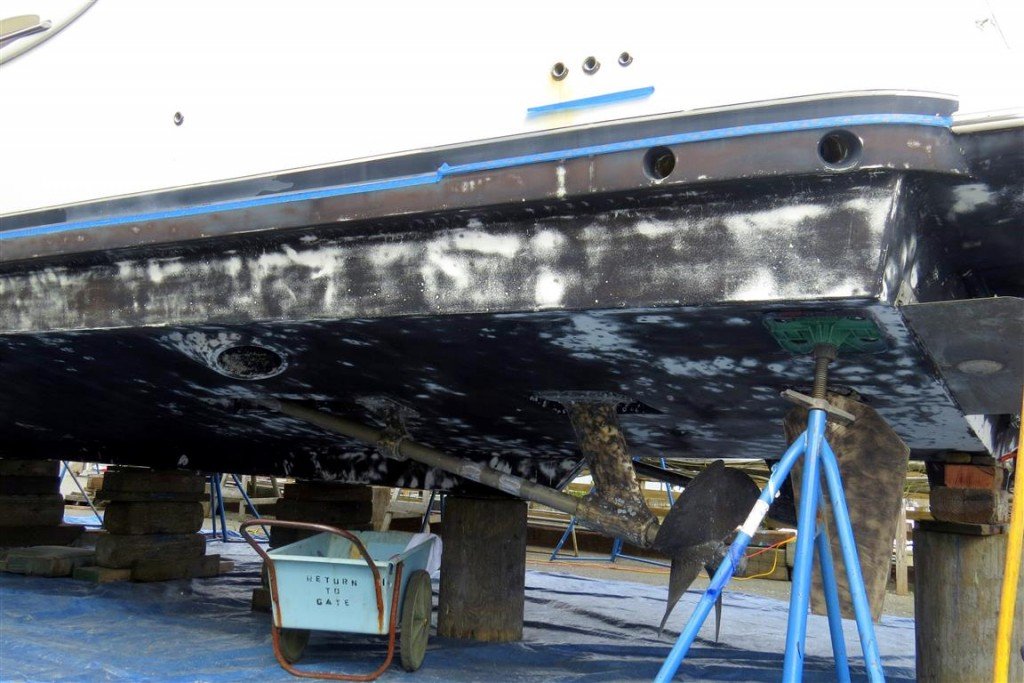 “Tempest” after sanding was under way. She was being prepped for running gear protection and bottom paint.

Her hull smooth and beautifully painted and protected, Tempest blew (serenely) back to her home marina last week.