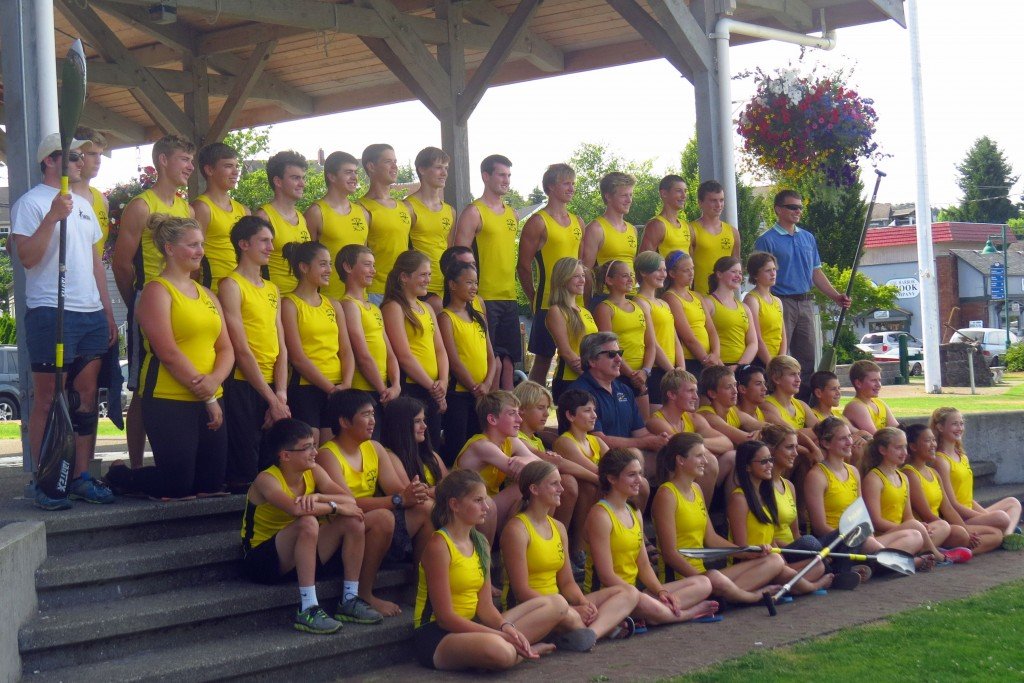 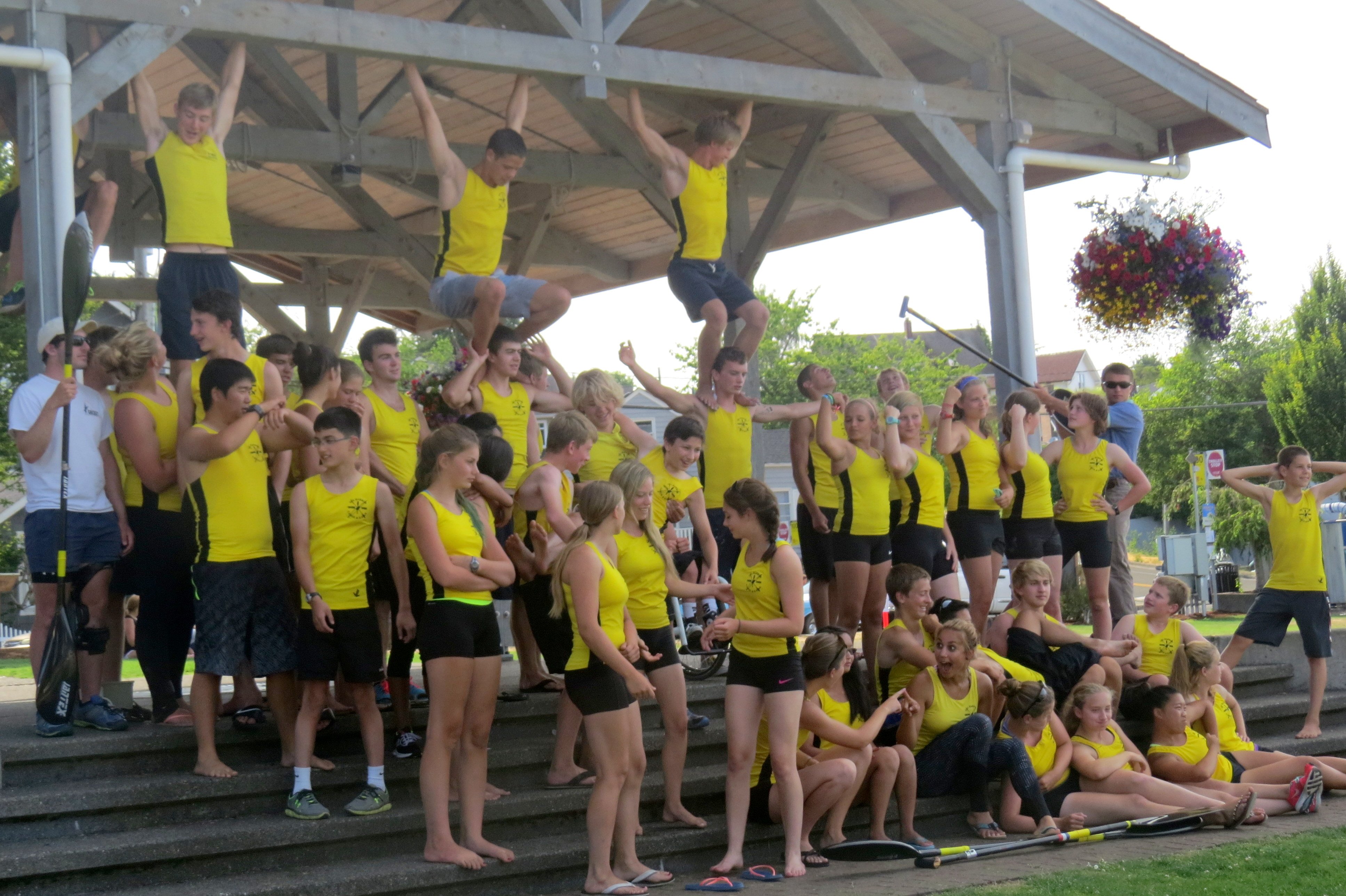 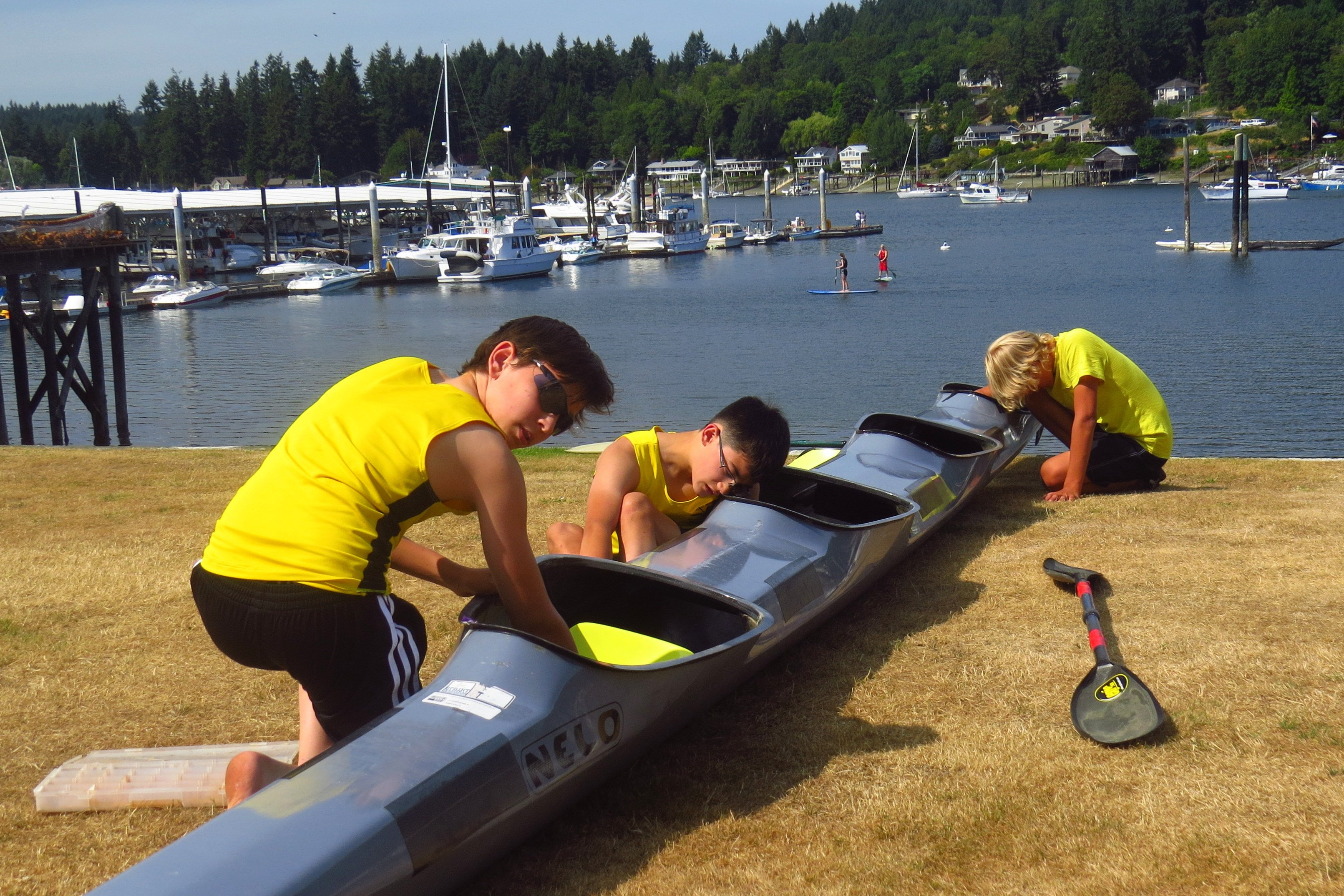 Excitement was in the air next to the marina earlier this week as the Gig Harbor Canoe and Kayak Race Team gathered for team photos and one last practice before heading to competition in Portugal on July 8.  Several local paddlers are part of the United States National team, which will compete in the Junior World Championship in Montemor-de-Velho July 24-26.   Gig Harbor paddlers will then join the rest of the local canoe and kayak team in San Diego on July 29 to compete for their fourth straight National Championship. 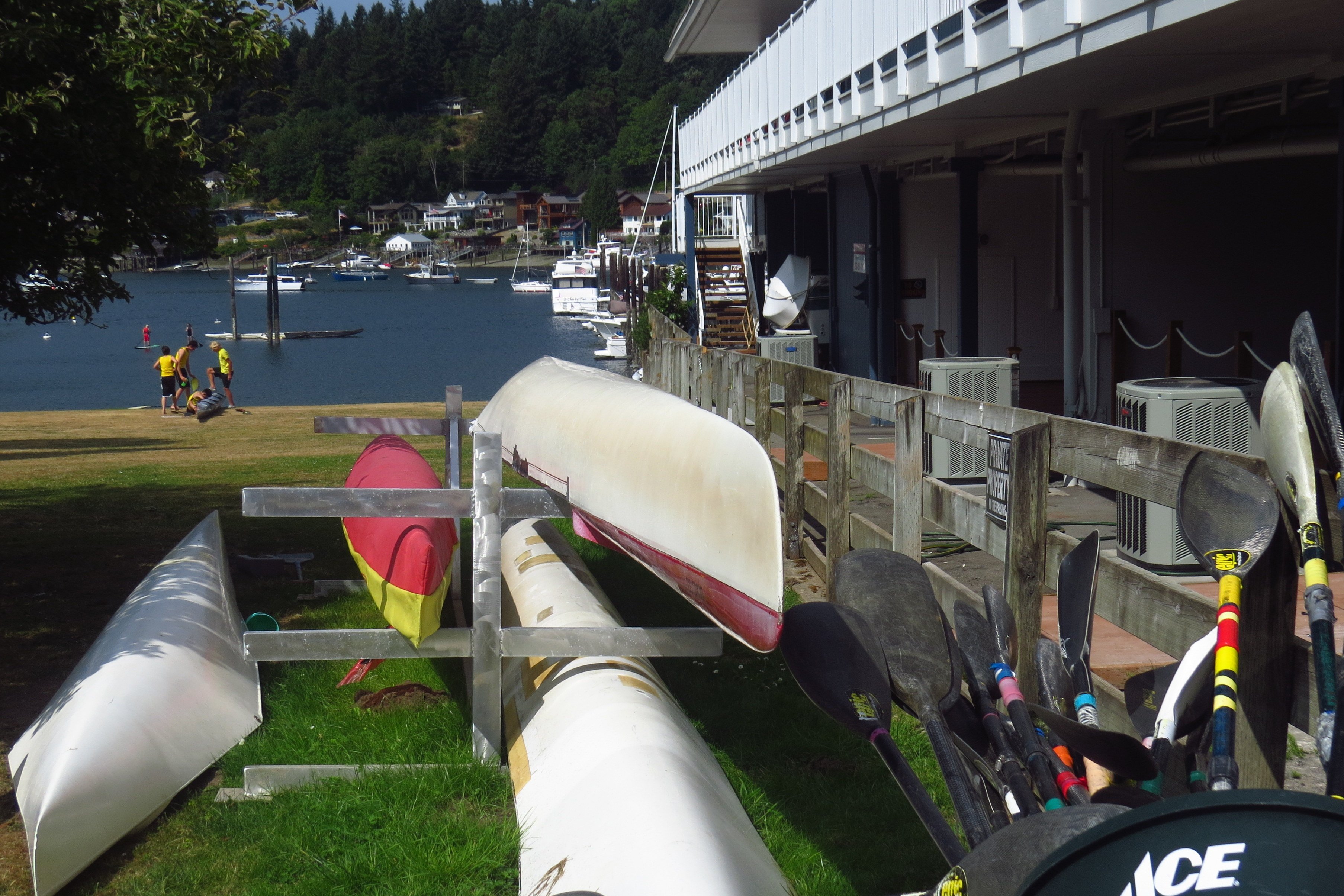 When team photos in Skansie Brothers Park were finished earlier this week, athletes in their yellow racing uniforms drifted over to where Gig Harbor Marina & Boatyard is providing covered storage space for the paddlers’ long, high performance team racing boats.  “We’re very happy they’re here,” said Jan Bruusgaard, vice president of operations for the marina.  “We’re glad we can help them out.”