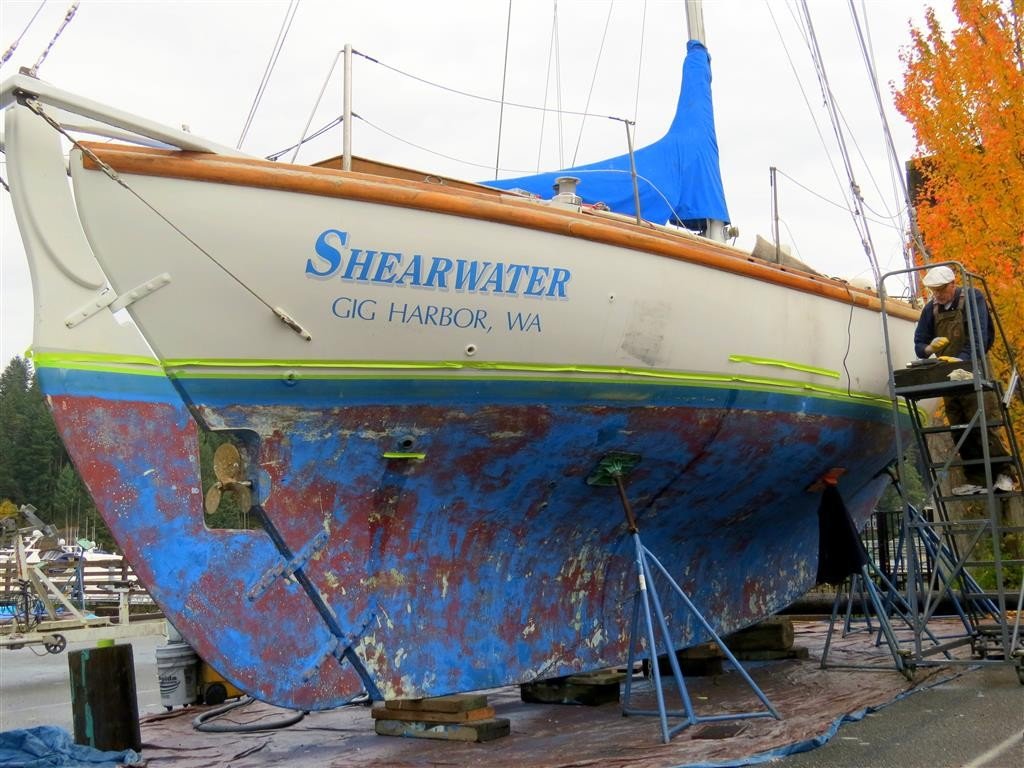 Shearwater, a long-time resident in Gig Harbor bay, was in good hands at Gig Harbor Marina & Boatyard recently for some needed bottom work and painting.

If the sailboat’s name is familiar, boaters and kayakers in the harbor have probably seen the Alajuela 38 moored just past the Tides Tavern as they motor or paddle toward the lighthouse spit at the mouth of the harbor. 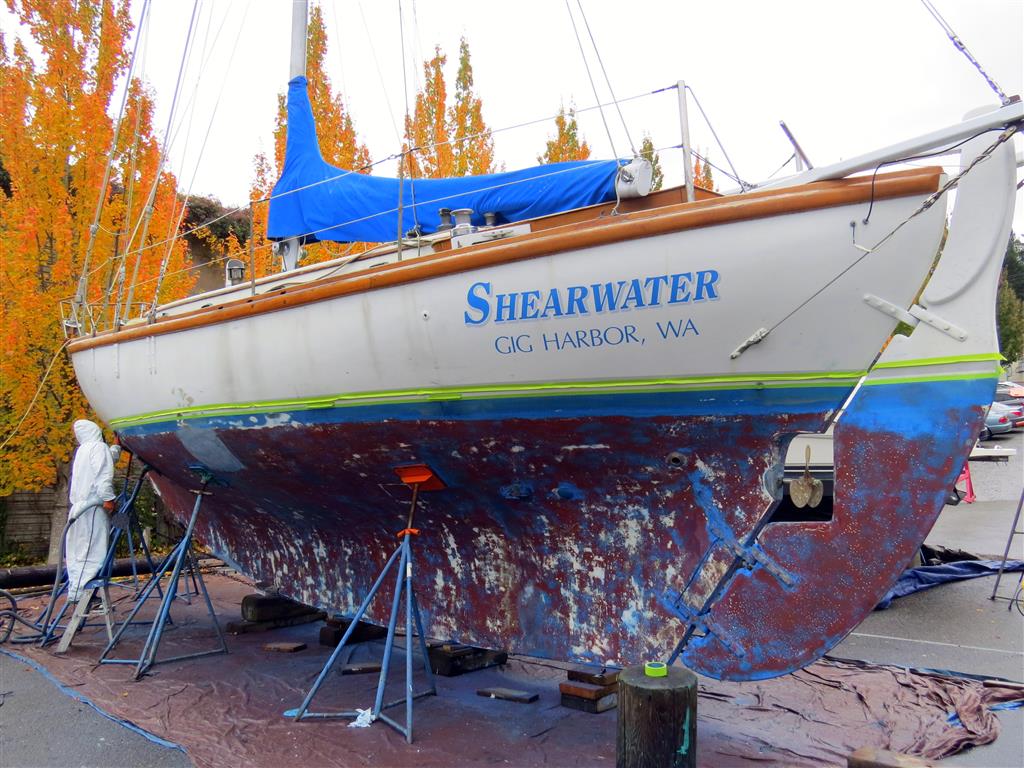 In addition to the professional crew at Gig Harbor Marina & Boatyard providing service and maintenance on Shearwater, she also received a little help from her friends. Bob Winskill, a friend of the boat’s owner, was on the yard recently to lend a hand with removing old varnish from the cruiser’s teak railing.

“Oh, I just like helping out the owner who is a friend of mine,” said Winskill as he paused with heat gun and scraper in hand. 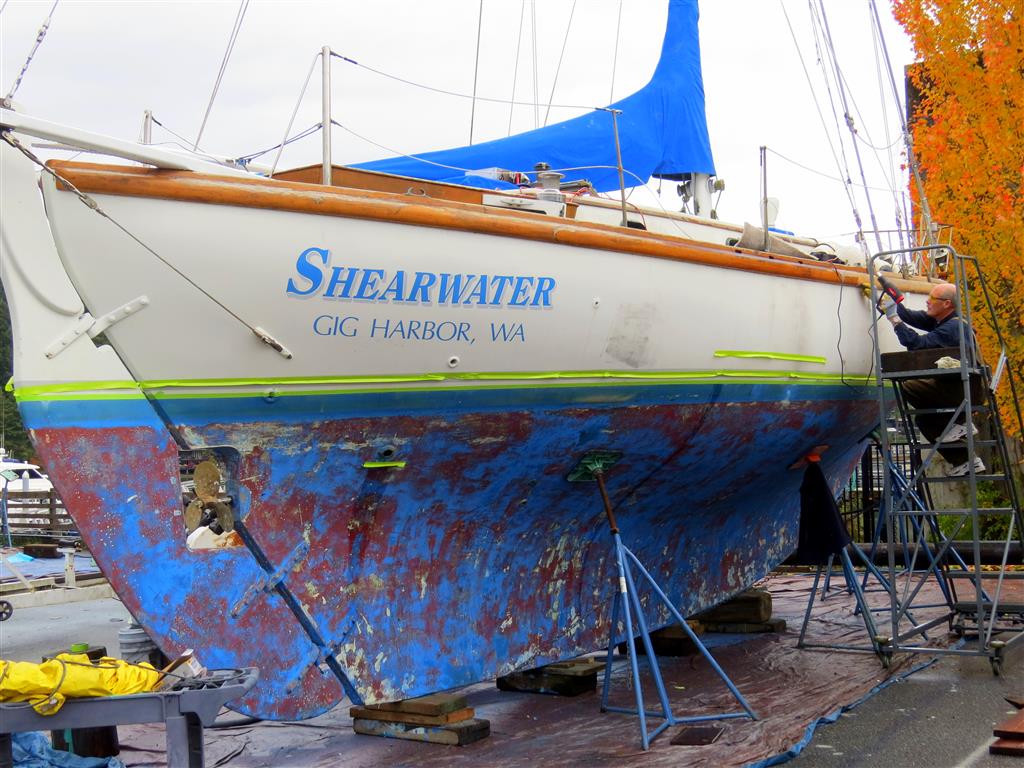 The lean and graceful Alajuela 38 had a total run of 81 boats from its introduction in 1974 to the end of production in 1985.  The cruiser’s sweeping lines were derived from boat designer William Atkin’s Ingrid 38 ketch, built at Blue Water Boats in Woodinville.  (By the way, Blue Water Boats is where boat-builder Jerry Husted worked before he founded his own company, Nordic Tugs ~ see earlier post.)