John and Sue Duncan of Tacoma looked around Gig Harbor Marina & Boatyard in amazement. Their boat, Hav Vind, had just been hauled out and rose high above them on stilts, ready for service and repair at the downtown boatyard. 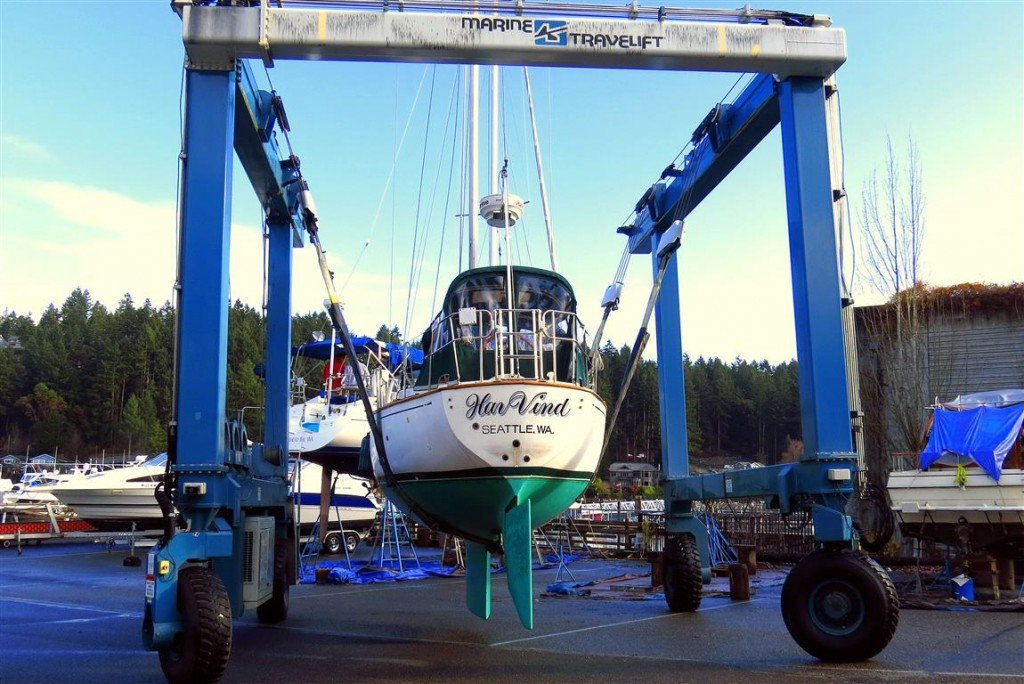 “Wow, there have been a lot of improvements here,” said John Duncan, the owner of the C and L 36 Explorer that had been carefully maneuvered between two boats already on the yard by veteran Travelift operator Mark Rybin.  “The last time we had her hauled out was about 15 years ago and it was a gravel lot,” he added as he gazed around the busy, blacktopped boatyard. 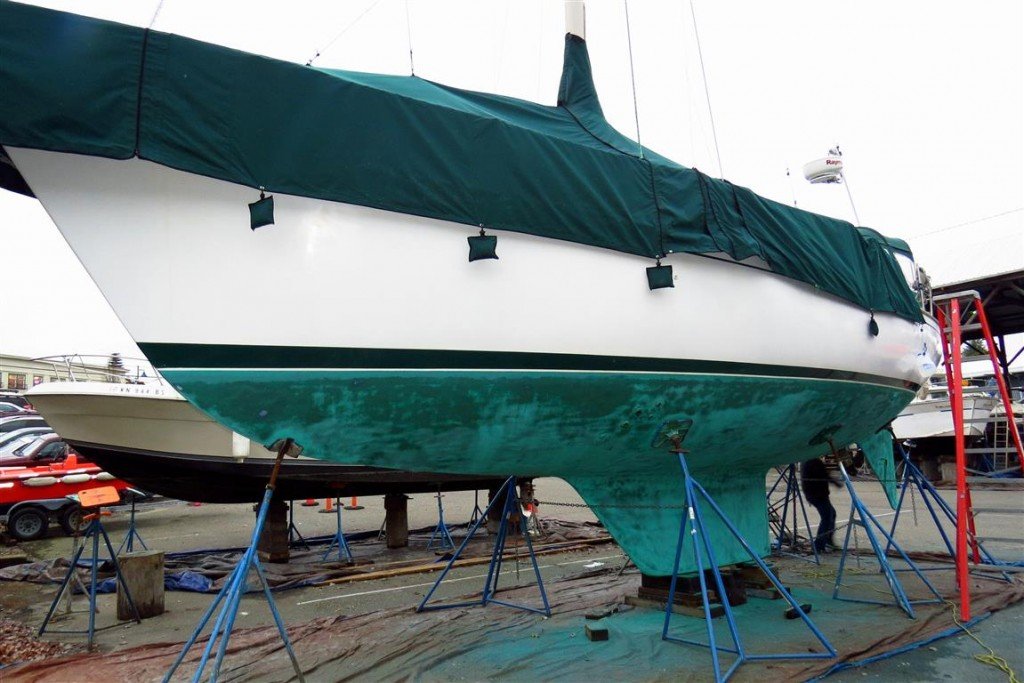 The Duncans brought Hav Vind  — Danish for “sea wind” — to Gig Harbor Marina & Boatyard for a complete engine and sail drive replacement and bottom painting. “It’s in for everything, ” John said as he waved a hand toward the green and white Stan Huntingford-designed boat built in 1983. 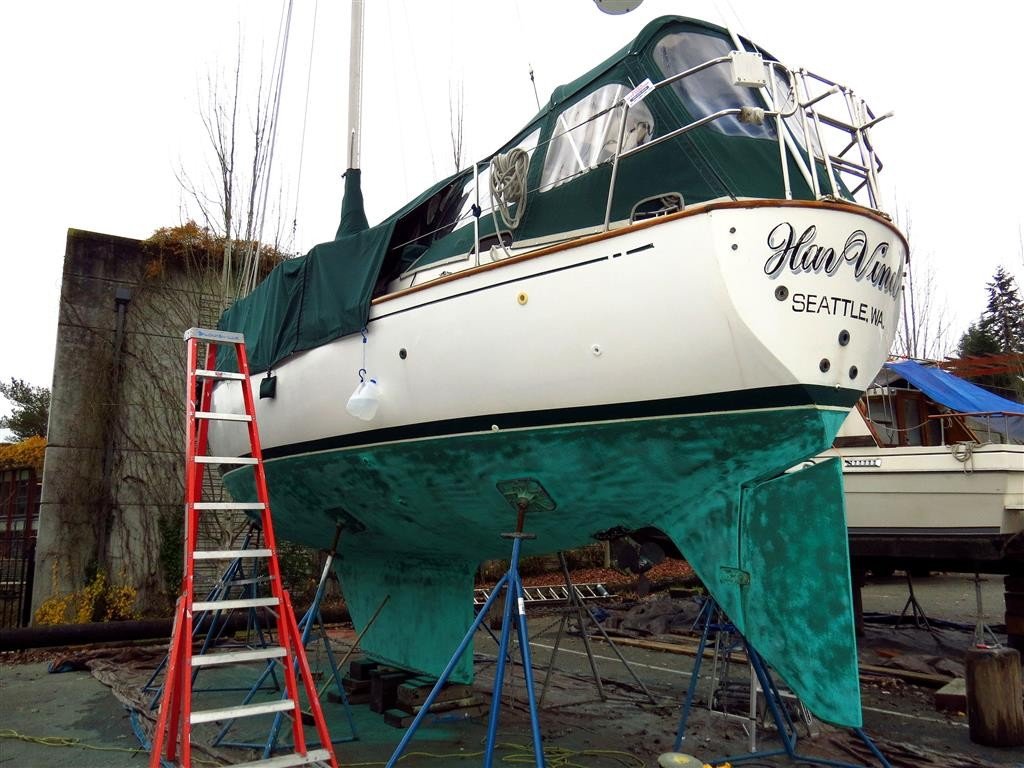 The boat owners waited for a ladder to be brought over so they could climb up and put covers on Hav Vind before walking through town for a bite to eat. They didn’t seem to need any suggestions for restaurants.

“Oh, we know all about Gig Harbor,” they said when eateries such as the Tides Tavern, Spiro’s or Brix 25 were mentioned. “This is the best boatyard between Seattle and Olympia.”