The Gig Harbor Fly Shop is excited to announce the Grand Opening of their new store, Gig Harbor Watersports, this Friday, Nov. 4.

The new store, in prime retail space at Gig Harbor Marina & Boatyard, is two buildings down from the Fly Shop on Harborview Drive. Friday’s grand opening ceremony will start at noon with the christening of a kayak; then, special activities will continue throughout Open House weekend, Nov. 5 and 6, from 9 a.m. to 6 p.m. During the open house, visitors to Gig Harbor Watersports will get to meet manufacturer representatives, participate in raffles and giveaways, and learn about water sport equipment from guest speakers.

The Gig Harbor Fly Shop is excited about expanding its business along the downtown waterfront, said shop owner and founder, Blake Merwin, in a press release.

“We’re really making this all about fun on the water, not only fishing,” he said, explaining the new offerings and direction of the business. 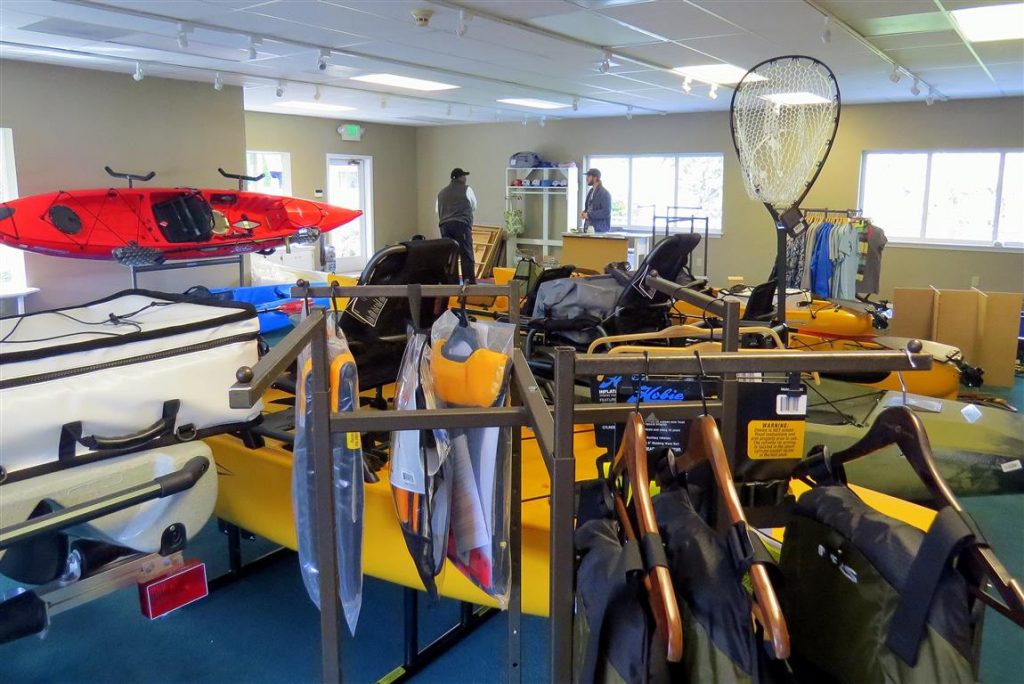 Gig Harbor Watersports is taking shape for its grand opening on Nov. 4. It is opening next to Dolly Mama Too on Harborview Drive, in Gig Harbor Marina & Boatyard’s retail space formerly occupied by the Queen’s Cabinet boutique.

Gig Harbor Watersports is expanding the business of fun on the water by offering kayaks from Hobie Cat, Native Watercraft and Hurricane. There will be a variety of stand-up paddle boards from Hobie and Bote Boards, tackle for kayak anglers, and more inventory of kayaks and high quality SUP’s for rent, Merwin said.

“We are also going to be offering kayak and SUP trips and tours around Puget Sound and Hood Canal,” he added. “Also, the Fly Shop does a ton with Patagonia and we’re going to expand that inventory down to Watersports, but it will be more about their lifestyle and surf clothing. We’re also bringing in some great brands like Rainbow Sandals. It’s definitely a lifestyle shop for all of us in Gig Harbor who love to have fun on the water.”

Opening a branch store devoted to water sports was a natural progression for the Fly Shop, which has seen increasing interest in kayaks, says the owner. Originally started as a home-based, internet-only business in 2004, the Gig Harbor Fly Shop has experienced significant growth in kayak sales every year since, said the press release. In 2012, the business expanded its inventory to include pedal drive fishing kayaks — a novel idea for Puget Sound fishermen at the time, Blake said.

“Most customers seemed to be curious or skeptical that first couple of years,” he continued. “No one else was doing anything like this in Puget Sound. But we really believed in the product. We believed that fishing from stable, pedal drive kayaks in our local saltwater is the best way to fish our area. We worked hard at giving people opportunities to try the kayaks and we constantly promoted them online through social media.”

This constant promotion eventually caught the attention of kayak fishing’s leader, the Hobie Cat Company. The Gig Harbor Fly Shop opened up an account with Hobie in 2015 and it’s been a “game changer” ever since, according to Blake. 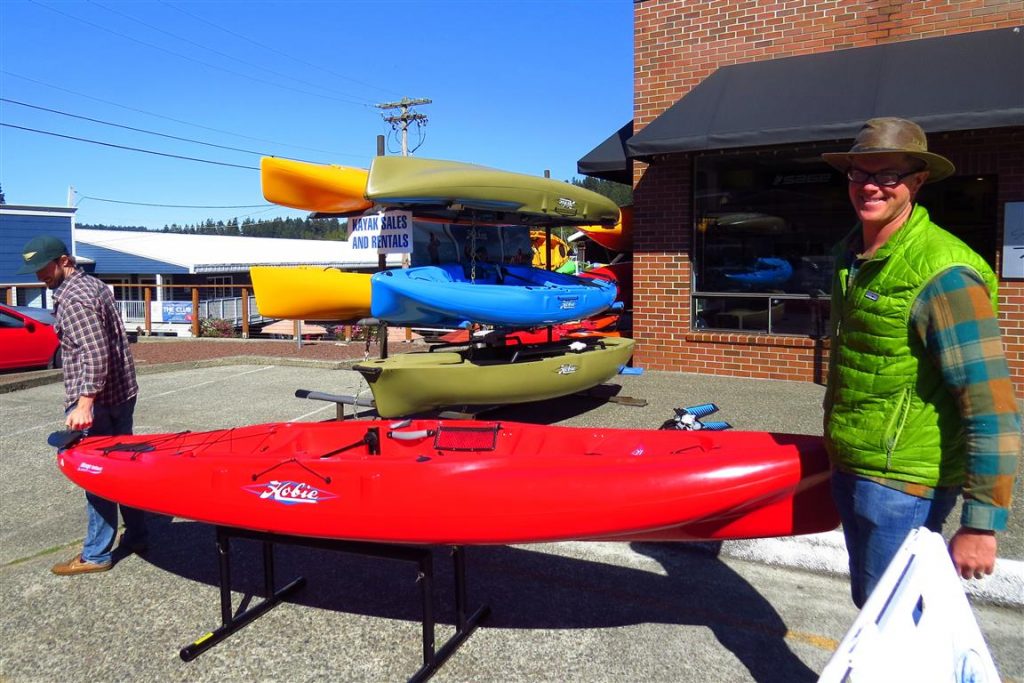 “The kayaks, especially with Hobie, have been a game changer. It’s now half of all of our sales. With the expansion of creating a second business, we are hoping this gives the water sports part of our business more room to grow.”

“It’s definitely a lifestyle shop for all of us in Gig Harbor who love to have fun on the water.” – Gig Harbor Watersports owner Blake Merwin