We all know about Gig Harbor’s deep roots in the commercial fishing industry, its rich fishing family heritage that spans three centuries. After all, a fleet of seiners is stilled moored along harbor docks and several working netsheds still grace the waterfront. The community loves to gather each June for the iconic and solemn ceremony of blessing the outward-bound fleet.

But few people may be aware that many women, too, have been part of this long-standing fishing tradition. Thanks to the Skansie Netshed Foundation, awareness is being raised through informative presentations called “Girls Fish, Too.” The first evening of stories and inspiration was held a year ago and after its success, the foundation decided to make it an annual event. 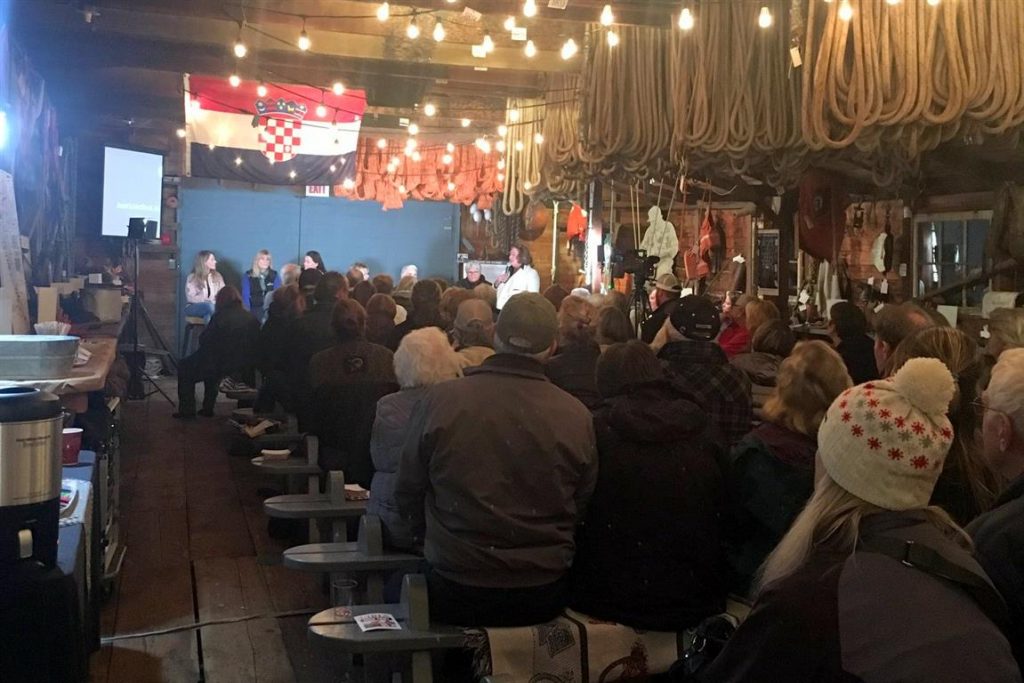 The second annual educational presentation, “Girls Fish, Too,” at Gig Harbor’s historic Skansie Netshed on Oct. 18 was sold out.

So on Oct. 18 six women from Gig Harbor’s commercial fishing industry gathered at the Skansie Netshed to share their fascinating stories collected from years of working aboard fishing vessels. Videographer Chance Busey, assistant marketing director here at Gig Harbor Marina & Boatyard, recorded the evening on video for all to enjoy.

“Thanks to Chance Busey for capturing this wonderful evening of stories and inspiration,” posted the Skansie Netshed Foundation on its Facebook page. “It was a night to remember at the Skansie Netshed. Thanks to everyone who came out to listen to inspiring stories told by six amazing women who worked the sea aboard vessels from the Gig Harbor fishing fleet. ‘Girls Fish, Too,’ and we’re glad you do.” 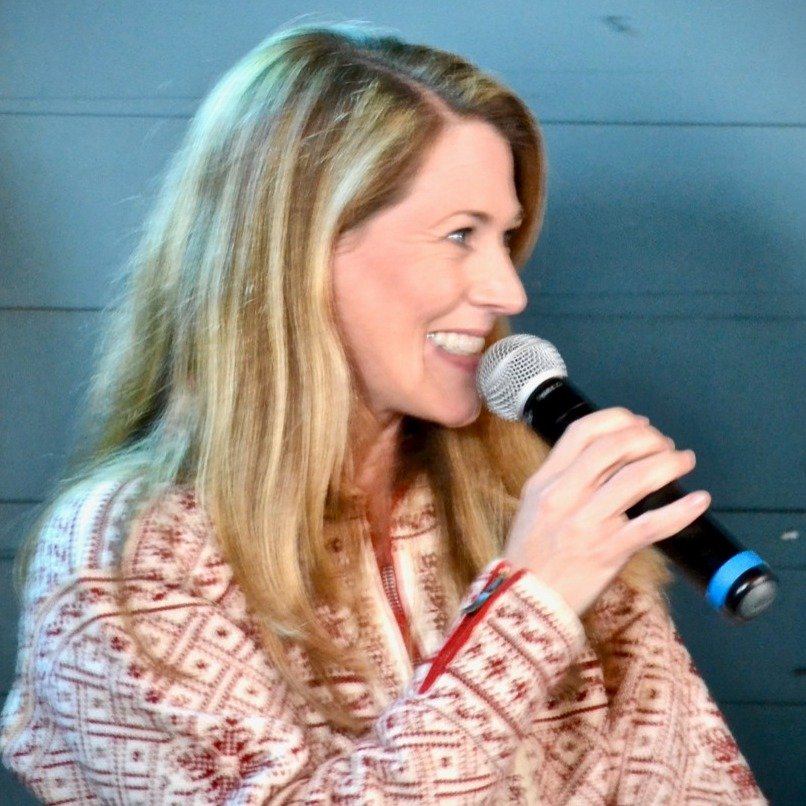 The sold-out evening was billed as “an entertaining, educational discussion on commercial fishing from women who know all about it.” And do they ever. The women took turns on the microphone telling their ground-breaking stories to a full house gathered at the netshed in Skansie Brothers Park.

“It’s always great to be part of something so important to the town’s heritage,” said speaker Erin Haltiner Babich. “We were excited that we were able to sell out the evening and that people wanted to hear about it.”

She was on the multi-generational panel with five other local fishing women, shown in the above photos from left to right:

Babich said the women enjoy these evenings of sharing and informing, although there are some nervous jitters about talking in front of a room full of people. 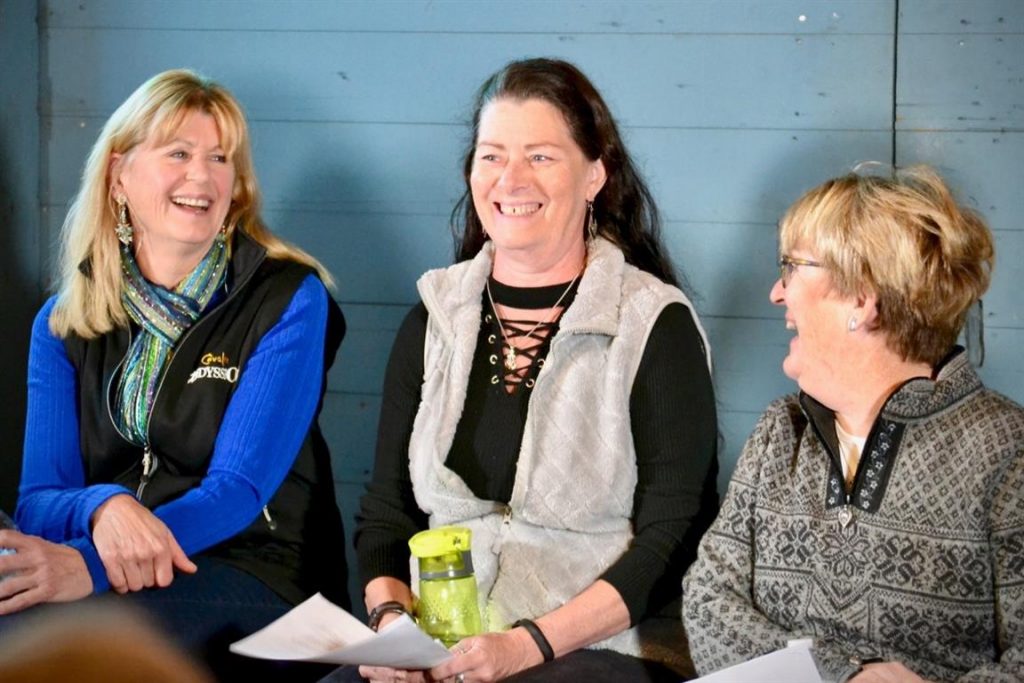 Women in the Gig Harbor fishing industry gather to talk about their lives aboard fishing vessels. From left to right: Debbie Ross, Shelly Parker and Laurie Dahl. 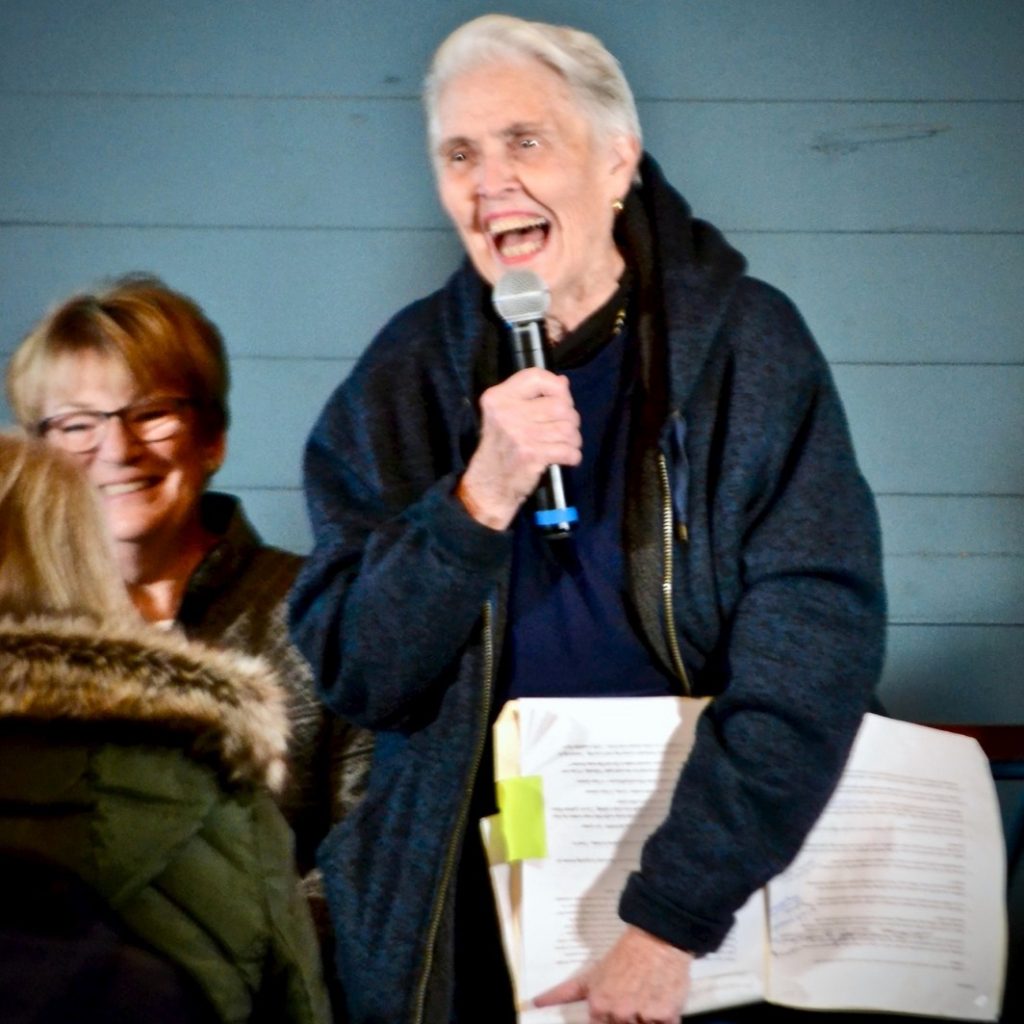 “We still feel we’re new at this,” she said a few weeks after the second annual ‘Girls Fish, Too.’ “But we enjoy sharing with people who didn’t know there are women in the industry. We get people visiting the netshed who ask, ‘Are people still fishing?’ I love to tell them all about it, about our Croatian heritage.”

Erin, whose husband Andy Babich is president of the Skansie Netshed Foundation, is a fifth generation Norwegian-heritage fisherman who grew up in Alaska. With fishing always in her blood she naturally started fishing as a young child.

Now she and her husband are passing the tradition on to their own children, ages 12 and 15. For the past two years they have taken their kids out with them on their 58-foot seiner Ocean Dream on fishing trips to Southeast Alaska and Prince William Sound.

“It’s always great to be part of something so important to the town’s heritage.” – Erin Babich

The ‘Girls Fish, Too’ talks are an enjoyable way inform and inspire people to go into the fishing industry — “there’s freedom, it’s awesome!” Erin said. She added that she is hearing of more “next generation” young people giving the industry a try, noting a Gig Harbor high school girl who fishes in Bristol Bay, Alaska, in the summer.

“I love our Croatian heritage here and I think it’s important to keep it in the forefront, alive and well,” she said.

“Celebrating our maritime heritage through the vessels, stories and traditions of Gig Harbor’s commercial fishing families, captains and crews.” – the Skansie Netshed Foundation

Skansie Netshed Foundation is a non-profit organization established in 2015 to preserve and protect the historic Skansie Netshed and its contents. Its mission statement defines it as “An educational organization dedicated to the preservation and advancement of fishing family heritage as it exists in the people, places, vessels, skills, and stories of Gig Harbor’s commercial fishing industry.”

Remarkably, the largest inventory of historic netsheds throughout the Puget Sound is located here in Gig Harbor.  Today, 17 remain with seven still in use by our local commercial fleet of about 30 vessels. Like the fishing vessels themselves, netsheds are an iconic reminder of Gig Harbor’s early Croatian immigrants who settled along the waterfront.

The Skansie Netshed, built in 1910, is the oldest Netshed in Gig Harbor. Historic Gig Harbor Marina & Boatyard, originally known as Skansie’s Ship Building Company, is in the background.

These simple wood buildings provided easy access to their fishing vessels for year-round storage of their gear. They also served as a gathering place for skippers, crews, and their families.

Be sure to stop by the Skansie Netshed in downtown Gig Harbor and learn about the community’s rich fishing heritage. It is indeed alive and well.