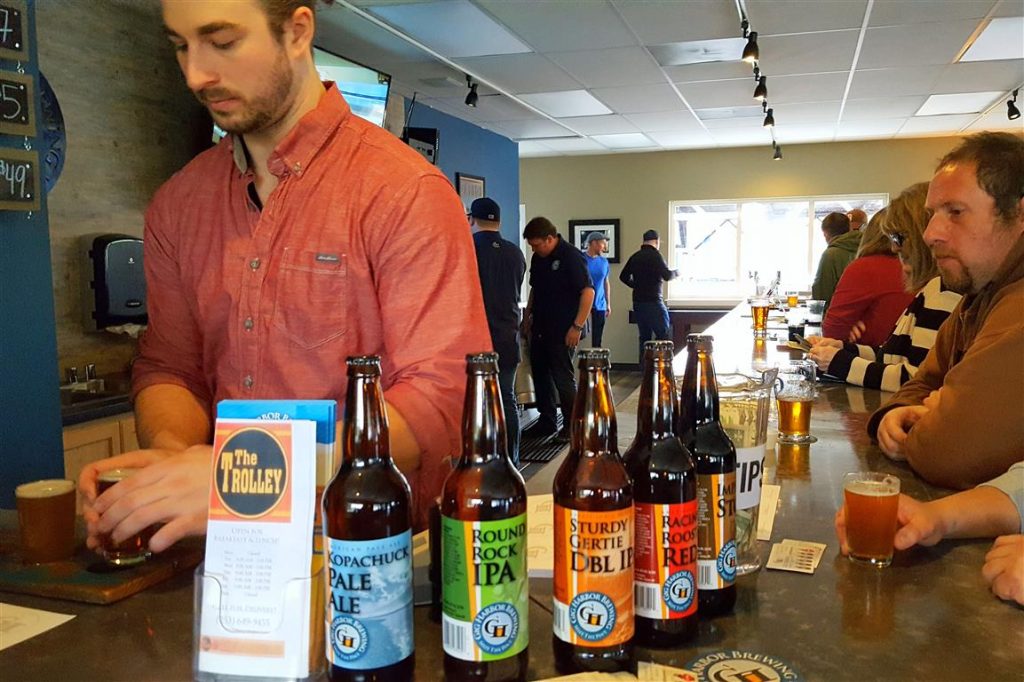 Gig Harbor Brewing Co. had the grand opening of its new Harbor Taproom this past Saturday and the crowd of brew-sipping patrons looked right at home. 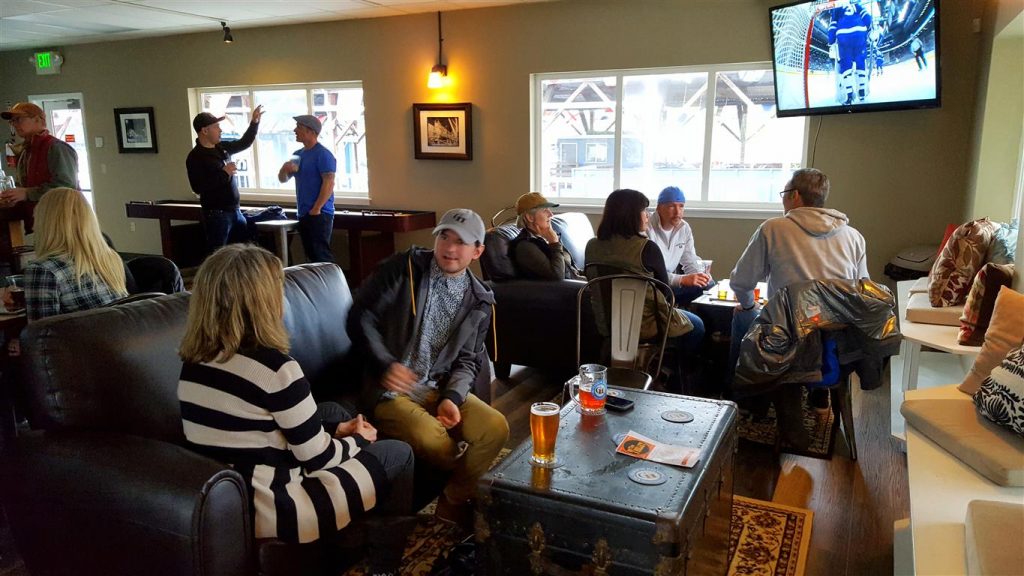 As they should in the comfortable man-cave ambiance of stuffed leather sofas and chairs in front of muted area rugs and steamer trunk-style coffee tables, warm wall sconce lighting, rustic plank flooring and three large-screen TVs. Other inviting conversation areas were created by pillows and cushions on wide window bays, plenty of round tables and chairs scattered around the room, and bar stools at the counter.

The Harbor Taproom is Open

A shuffleboard next to windows looking out at Gig Harbor Marina & Boatyard drew plenty of action by customers happy to try out the newest watering hole on the Gig Harbor waterfront. The windows also look out at the Trolley @ the Boatyard, just steps away and serving delicious food to pair with brews and wine at the taproom. 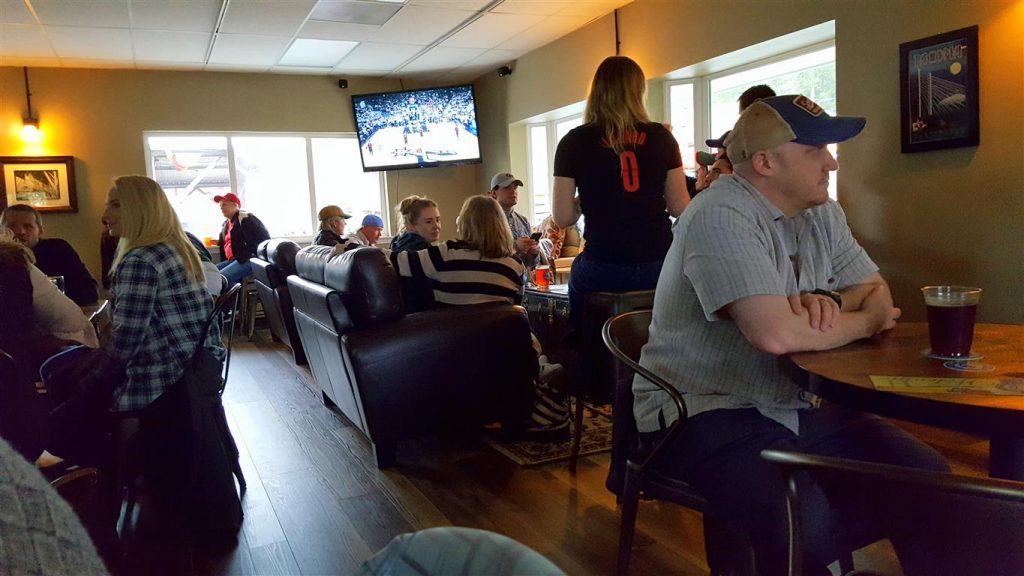 Pick up Food @ the Trolley on Your Way to the Taproom

The Harbor Taproom is located in retail space at the boatyard at 3155 Harborview Dr., and is open seven days a week. The taproom is for the 21-and-over crowd only, despite earlier reports here of it being a family-friendly establishment. Liquor license type was determined in part by whether beer is made on the premises, which it is not at the Harbor Taproom, explained Max Fosberg, son of Gig Harbor Brewing founder John Fosberg. 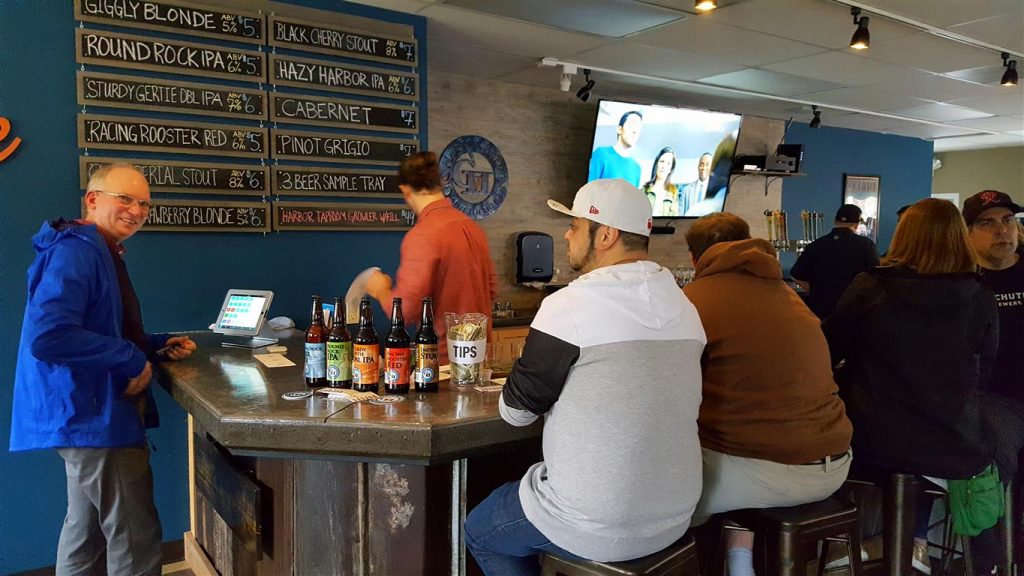 If the full house on opening day was any indication, Gig Harbor just found another refreshing reason to come down to the waterfront.

The Harbor Taproom is Pouring and it Means More Fun @ the Boatyard.