Master mechanic Chris Hawke is setting down his tools to take on a new role at Gig Harbor Marina & Boatyard. Starting this week, he is the new service manager and will be running the yard and managing projects on boats.

Hawke will be the first point of contact for customers, handle scheduling of all maintenance and repair work, and oversee the jobs, said Mark Lindeman, who will continue as boatyard manager.

It’s a change in assignment that takes the veteran marine mechanic “out of the bilge” and into the boatyard office — a return to a role Hawke had at the boatyard a few years ago. But this time the challenge will be keeping him there, said Lindeman.

When Hawke had the role of service manager a few years ago, he was also doing the repair work.

“I was managing the schedule, running the projects and doing the work,” said Hawke, who has been at Gig Harbor Marina & Boatyard for 16 years. “I was was doing everything.”

“You were doing too much,” corrected Lindeman as the three of us sat discussing the changes. “The difference between then and now is, now you’re going to have to take your tools home and not try to work on boats, just manage the jobs.”

The change in assignments will also allow Lindeman to do more initial contacts with customers away from the shop.

“People call and ask me to come and see their boat,” he said. “I’d be gone to Poulsbo for three hours and miss several walk-ins. This will give us better coverage and allow us to give better service.”

But his first task is to secure a replacement for skilled master mechanic Hawke, who came to Gig Harbor Marina & Boatyard in 2000. They aren’t easy boots to fill, but Lindeman has a good lead on an experienced diesel mechanic who will continue the superb engine service offered at the boatyard. 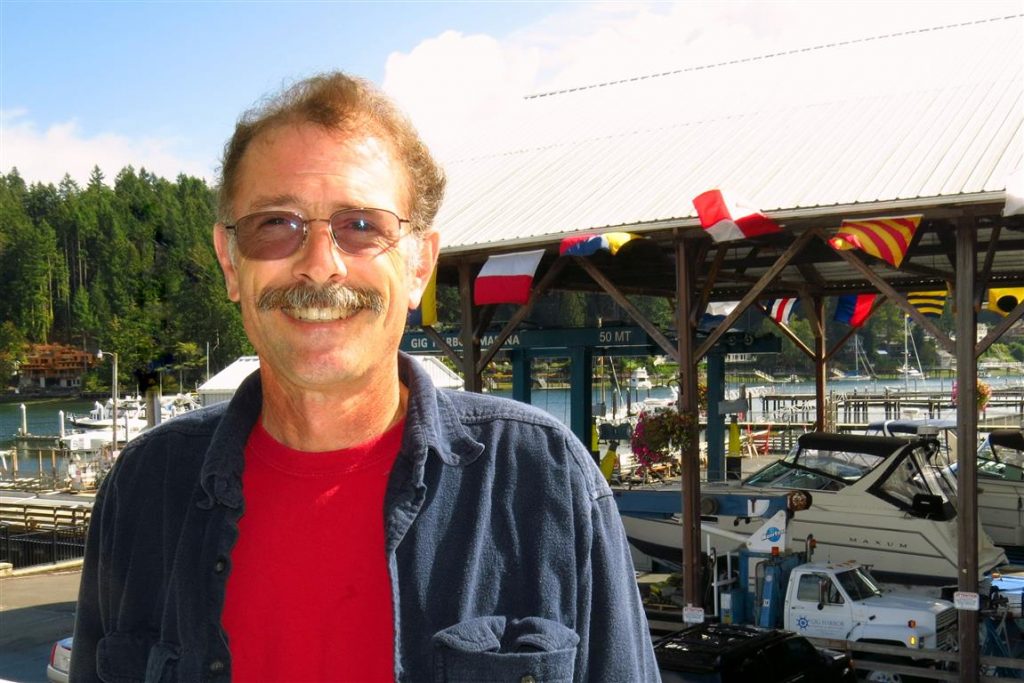 Master mechanic Chris Hawke is looking forward to working with customers in his new role as service manager at Gig Harbor Marina & Boatyard.

Hawke returns to his role as service manager with many years of experience in boatyards large and small. His career started in the U.S. Coast Guard, working for nine years as a machine technician out of Yorktown, VA.

“They sent me to school and threw me out into the field and I’ve been there ever since,” he said with his customary smile.

He also worked on the fishing fleet at Pacific Fishermen Shipyard in Ballard, home in the Lower 48 of the TV reality show, “Deadliest Catch.” Then Hawke worked at McNeil Island for 12 years as marine shop supervisor where he and his crew did all their own haulouts.

Now the seasoned engine expert is looking forward to a different focus — and one that will be easier on his hands, arms and knees.

“This is coming at a good time,” Hawke said. “Being down in engine compartments is hard on my body and I’m starting to really feel it. I’m just looking forward to working with customers.

“Mostly, I’m looking forward to being out of the bilge,” he said, grinning.