The assistant marketing director was out for a “storm chase” and captured these photos during the heavenly upheaval on May 4.

“We went storm chasing for a bit yesterday,” he said on Gig Harbor Marina & Boatyard on Facebook. “Here are a few pictures of the second wave that came across Gig Harbor in the evening.”

A series of strong thunderstorms with lightning strikes, pelting hail and strong gusts, rumbled through Western Washington last Thursday afternoon, downing trees and knocking out power to tens of thousands of people, according to weather reports.

The National Weather Service said there were about 2,500 cloud-to-ground lightning strikes from Lewis County to the Canadian border last Thursday. 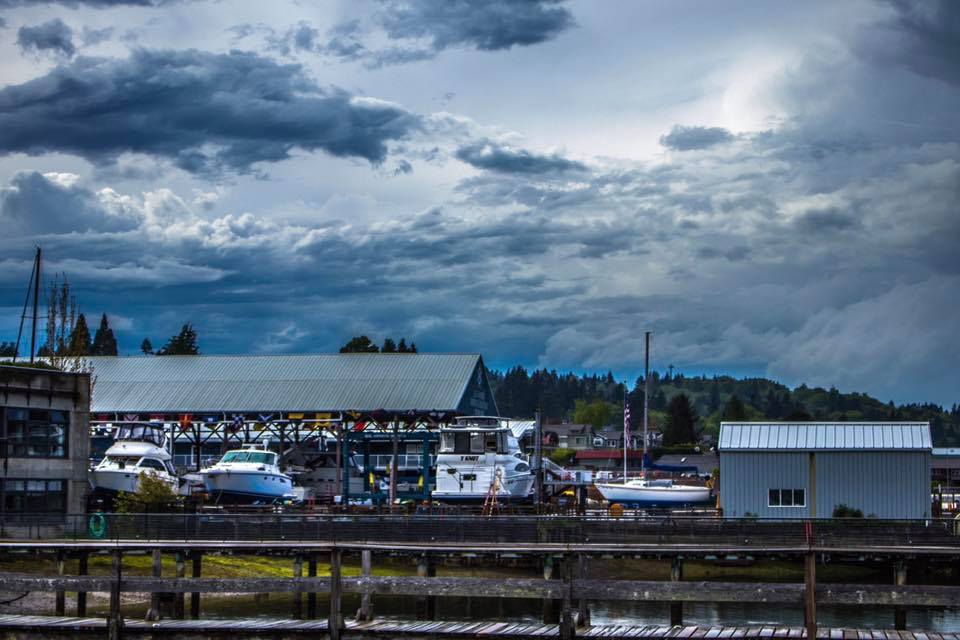 A wind gust of 50 mph was recorded at Olympia Airport, with Lacey particularly hard-hit, said the weather service. Trees were blown over with some crashing down onto homes, vehicles and roads.

Puget Sound Energy said more than 36,000 customers were still without power late Thursday night, many in Thurston County. The Thurston County Sheriff’s Office reported numerous live wires and power poles were down along the Yelm Highway area and that the roadway was completely closed.

The storms have passed and it’s blue sky again over Gig Harbor Marina & Boatyard. Come see us for that boat service and repair you have been thinking about. We are the only full-service boatyard in the harbor, so you don’t have to go far for top quality marine service.