May 22 is National Maritime Day in the United States each year. This day reflects the gratitude that Americans have for the maritime industry and the benefits it brings to the country. It also recognizes ships and seafarers who have held a special place in the nation’s history.

National Maritime Day is observed on May 22, the date that the American steamship Savannah sailed from the United States to England from May to June in 1819. SS Savannah was an American hybrid sailing ship/sidewheel steamer built in 1818.

This event marked the first successful crossing of the Atlantic Ocean using steam propulsion, although Savannah made some of the voyage under sail. On May 20, 1933, Congress declared May 22 as National Maritime Day. During World War II more than 250,000 members of the American Merchant Marine served their country, with more than 6,700 giving their lives, hundreds being detained as prisoners of war and more than 800 ships being sunk or damaged. 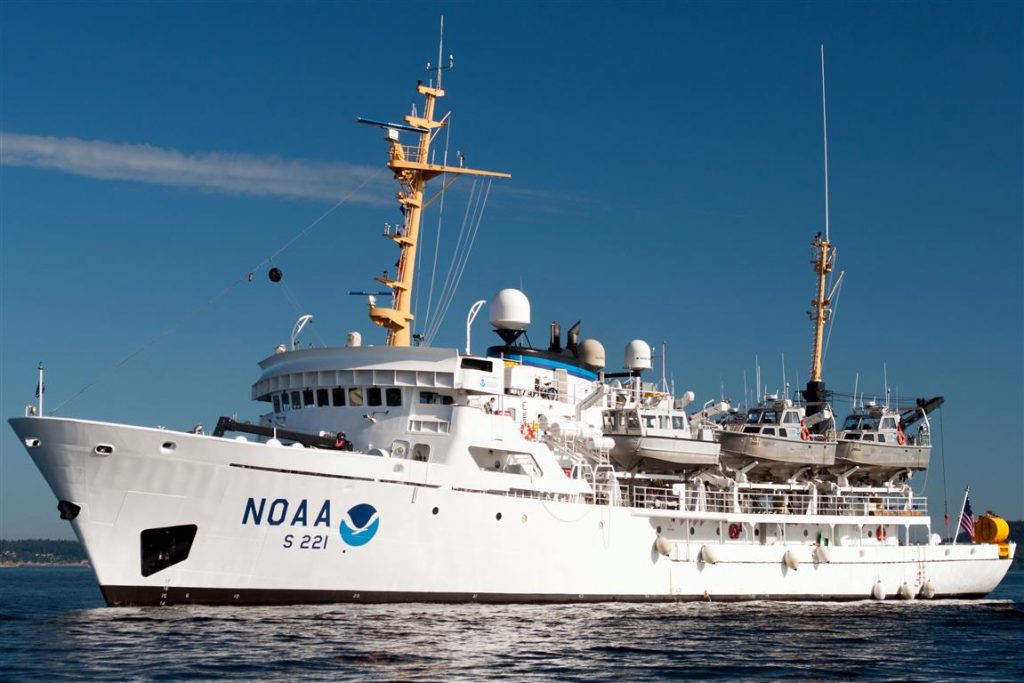 NOAA Ship Rainier is a hydrographic survey vessel that maps the ocean, much of the time in Alaska, to aid maritime commerce, improve coastal resilience, and understand the marine environment. Rainier’s officers, technicians and scientists log the data that NOAA cartographers use to create and update the nation’s nautical charts with ever-increasing data richness and precision. (NOAA Office of Marine Operations)

In 2006 the Maritime Administration joined forces with the American Association of Port Authorities, the U.S. Army Corps of Engineers, Waterways Council Inc, the U.S. Coast Guard, National Oceanic and Atmospheric Administration and other entities involved in the maritime industry to raise the awareness of National Maritime Day and of the maritime industry as a whole.

The president of the United States is requested each year to issue a proclamation calling on people to observe National Maritime Day by displaying the U.S. flag at their homes or other suitable places, and for government officials to display the flag on all government buildings.

Thank you, Maritime Industry and Seafarers, for Your Service

Click here to learn how the Northwest Maritime Academy at Gig Harbor Marina & Boatyard serves the seafaring community with a full calendar of classes and trainings geared toward preparing seafarers for their service.