A Veterans Day Message to the Nation

Veterans Day is celebrated annually on Nov. 11 as a tribute to Veterans for serving in the U.S. armed forces. Veterans Day is not to be confused with Memorial Day, which honors Veterans who have died in the service. Veterans Day honors all Veterans.

Veterans Day was originally Armistice Day issued on Nov. 11, 1919 by President Woodrow Wilson, a year after the end of WWI, to honor fallen soldiers of “The Great War” for their sacrifice and bravery. In 1926 Congress adopted a resolution requiring President Coolidge to issue proclamations on Nov. 11 making Armistice Day a legal holiday.

In 1942 WWII Veteran Raymond Weeks had the idea to expand Armistice Day to celebrate all Veterans rather than just those that died in WWI. He led a delegation to Dwight D. Eisenhower, who was open to the idea. Weeks then conducted the first Veterans Day celebration in 1945 in Alabama, and then every year until his death in 1985. Raymond Weeks has been referred to as the father of Veterans Day.

Ed Reese, the U.S. Representative from Kansas, presented a bill that was signed into law on May 26, 1954. On June 1 Congress amended the bill replacing “Armistice” with “Veterans,” legally creating Veterans Day. 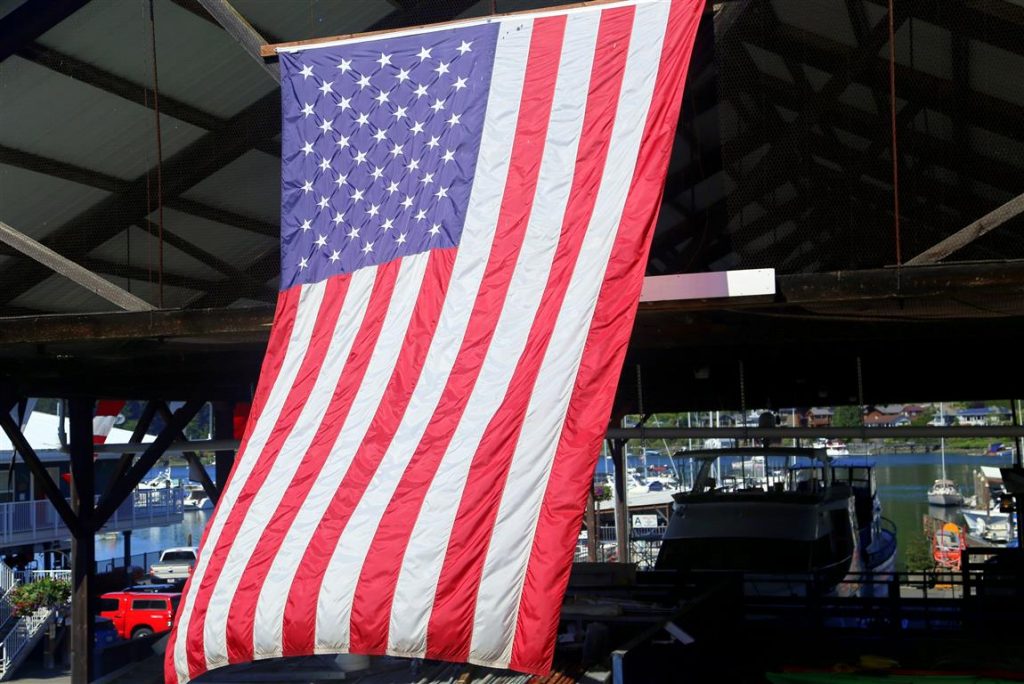 The Stars and Stripes flying at Gig Harbor Marina & Boatyard will be taken down for the season on Veterans Day.

All the history lessons and legality of the holiday aside, the intent was to honor Veterans. A Veteran is someone who at some point in their life wrote a blank check made payable to the American people for any amount up to and including their life.  However, our great nation has Veterans from before we became a nation or had armed forces.

The Colonists wrote this same blank check prepared to make the ultimate sacrifice for the ideals that this great nation was founded upon. Some sold off property, businesses and holdings to self-fund their portion of the War of Independence. American Veterans as viewed from this perspective show the moral character of our Veterans, their devotion to this country, and include a cross-section of our ancestors who legally would not be considered Veterans.  From before Paul Revere, William Dawes, Samuel Prescott, Israel Bissel, and the only woman rider, Sybil Ludington, set off on their infamous ride to warn of the approaching British forces, people of this character took up arms and wrote the same blank check…..

Today, I want to thank ALL Veterans in the sense that Raymond Weeks intended, and to recognize them for their service, sacrifice and willingness to defend this great nation even if it would have cost them the ultimate sacrifice.

If you meet a Veteran today, thank them for their service. Most Veterans will respond with a polite “You’re welcome,” “My pleasure,” “It was an honor to serve you,” or simply thank you for thanking them.  For sure they will respond to your thanks with some softly spoken and humble response.