“Strength, endurance, perseverance. Training to be one of the nation’s best takes hard work, dedication and time. You need to give it everything you’ve got. And then some.

“You’ll push limits you didn’t know you had. You’ll find out what you’re truly made of. I lost a piece of myself in Afghanistan in 2011. I didn’t lose my drive, my will or my dedication. I’m all in to win at Nationals in Georgia, the Pan American Championships in Brazil, Worlds in Hungary and the Paralympics in Tokyo. 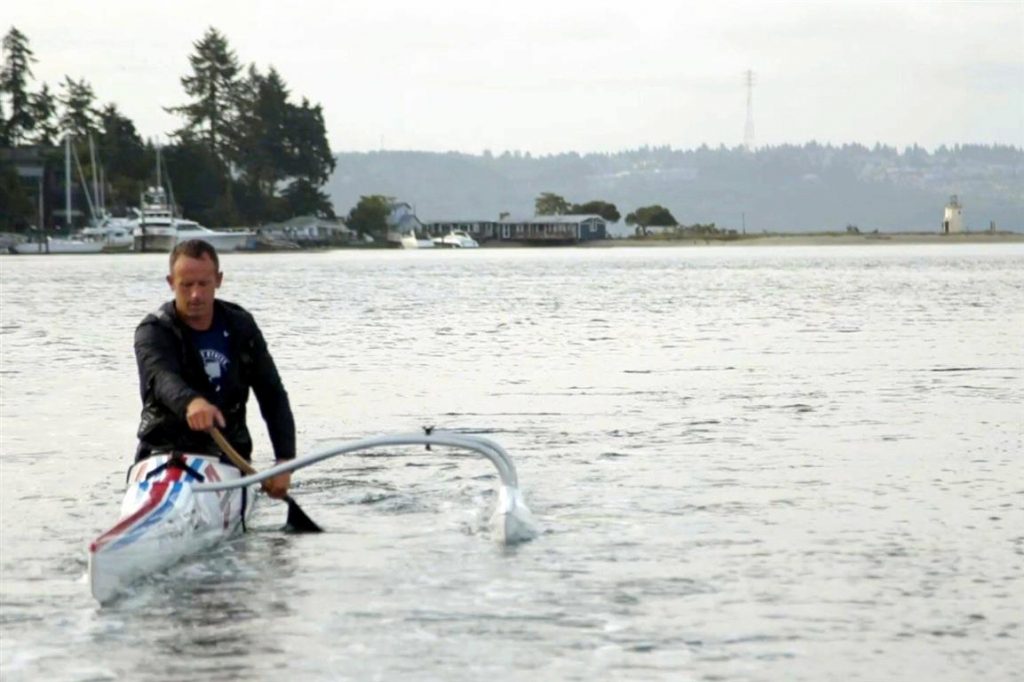 The Army veteran who lost both of his legs in Afghanistan told his compelling story to videographer Chance Busey, assistant marketing director here at Gig Harbor Marina & Boatyard. Watch Chance’s outstanding video below to hear Mike’s moving story of loss and new-found determination.

After reaching for Kleenex you’ll find yourself reaching out to help this top canoeist reach his competitive goals through a Go Fund Me Quest for the Paralympics account.

Mike’s story is one chapter in a collection of stories of athletic aspiration and dedication that have found their way to Gig Harbor this summer.

This July and August our quiet little bay is the training ground for many of the country’s top paddlers in canoe and kayak. Team members with the American Canoe Association (ACA) are here in Gig Harbor preparing for national and world championships — and for some, the 2020 Olympic Games in Tokyo next summer.

For the first time ever in the Olympics, the Tokyo Games will offer women’s canoe events. Seventeen-year-old Nevin Harrison of Seattle, who trains here with the Gig Harbor Canoe and Kayak Racing Team, hopes to be the first Olympic women’s canoe medalist. But her story will be another blog on another day. 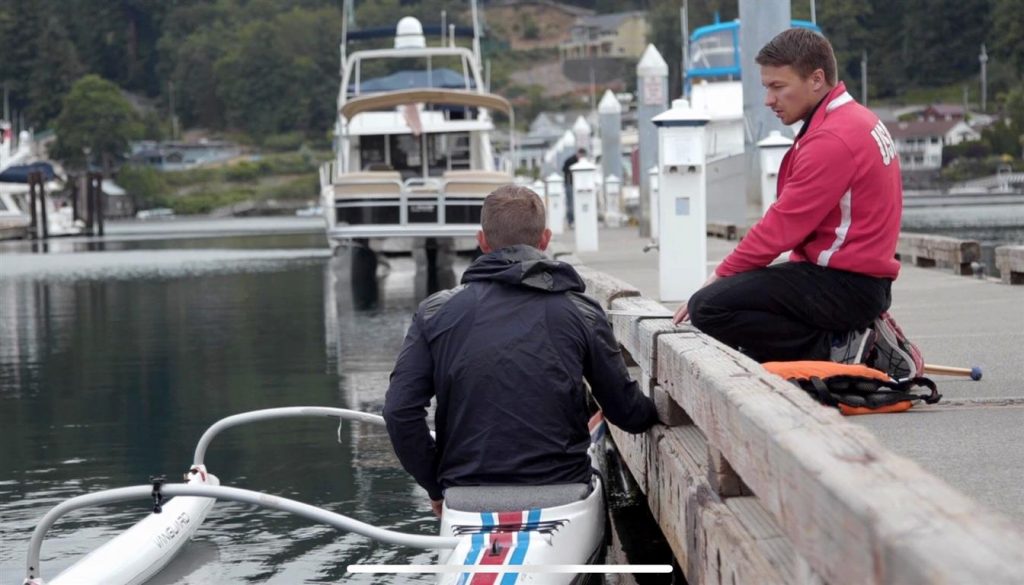 Outrigger canoeist Mike McCallum listens to his coach Bryse Paffile during a training session in the harbor.

This time it’s about outrigger canoeist Mike McCallum and his quest for the 2020 Paralympics. The 34-year-old Chehalis native trains with the Gig Harbor Canoe and Kayak Racing Team and his coach Bryse Paffile of Fox Island. They are training in the harbor with the U.S. team of men, women and junior paddlers from the ACA.

Paffile, a former paddler with the Gig Harbor Canoe and Kayak team, said McCallum has been paddling for just about a year now, and it all started with the Gig Harbor Dragon Boat team. The veteran of Operation Iraqi Freedom, who had both legs amputated after stepping on an improvised explosive device, or IED, was at a prosthetics appointment at the Hanger Clinic when a suggestion was made that changed his life. 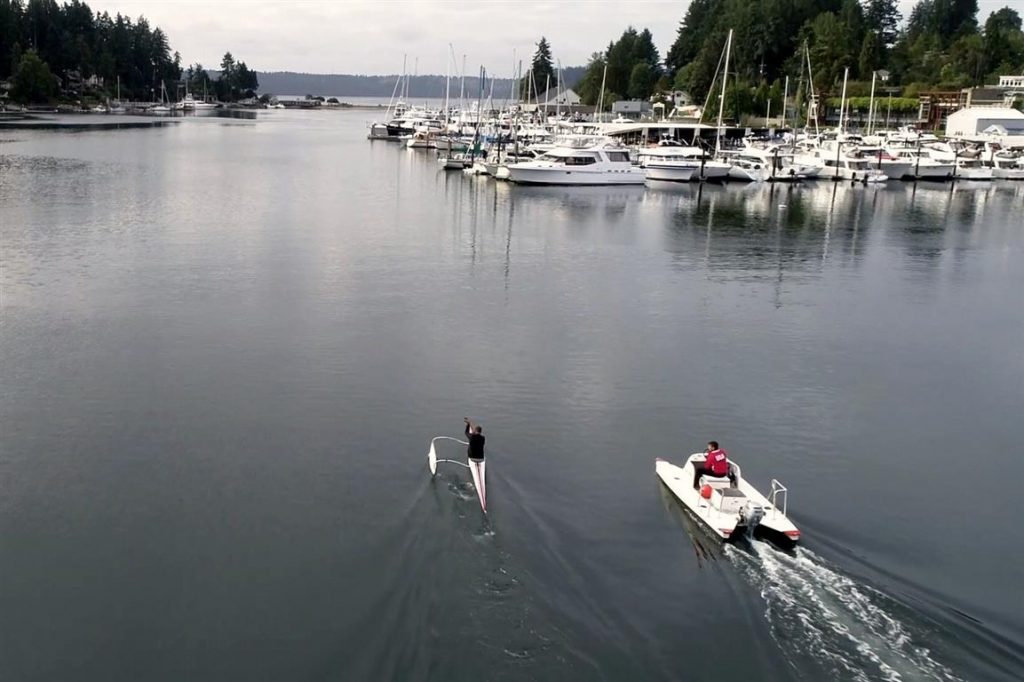 It was Gig Harbor Paddlers Cup 2018 and McCallum’s prosthetist invited him to paddle with the dragon boat team that weekend. He did and he has been paddling with the Gig Harbor Canoe and Kayak team ever since. Mike credits the team with motivating him and helping him out of his five-year depression and post traumatic stress syndrome. 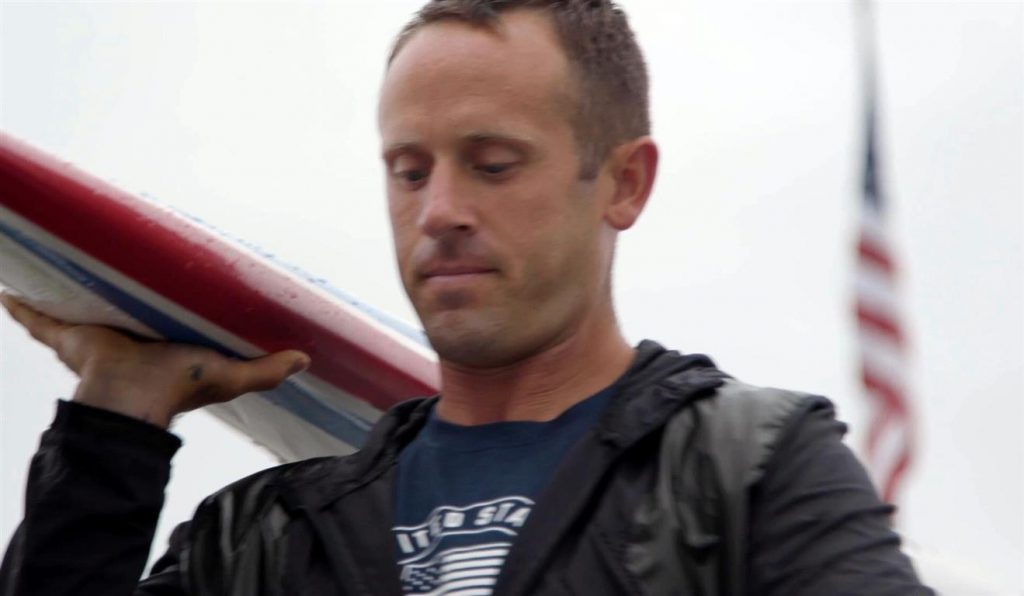 Now McCallum is driven to be one of the nation’s best and push those limits he didn’t know he had. He just returned from his first ACA paracanoe team event, the Paracanoe Pan American Championships in Sao Paulo, Brazil, where he placed fourth in his favorite event, the 200-meter sprint. He placed sixth in the 500-meter, reported Coach Bryse.

These impressive placings qualify him for the World Championships in Szeged, Hungary, in August, so it was right back out on the harbor when he returned from Brazil. Getting up for early morning practices is easy when it’s to work with someone as inspirational as Mike, says Bryse. 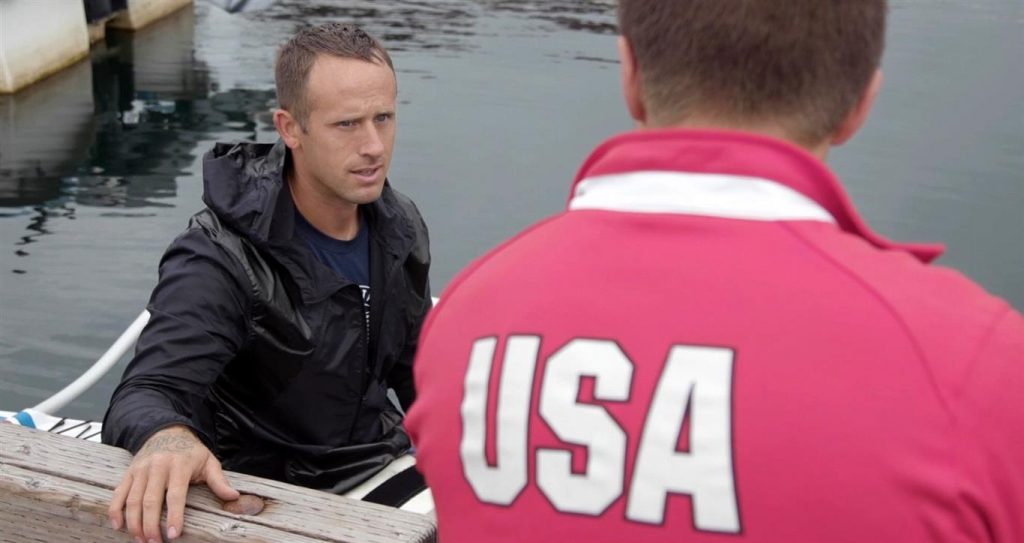 “I really enjoy working with Mike,” he said as he headed to the harbor for practice. “His personality, how he has overcome obstacles in his life, just being on the water working toward a common goal. I enjoy the team aspect, too, of how we encourage each other toward our goals.”

Army combat engineer Mike McCallum paid with a sacrifice that most of us cannot imagine. Now we can show him our gratitude by helping him achieve his goal of being one of the nation’s best.

Please Help Mike Get to Nationals and Worlds:

Donate to Go Fund Me Quest for the Paralympics 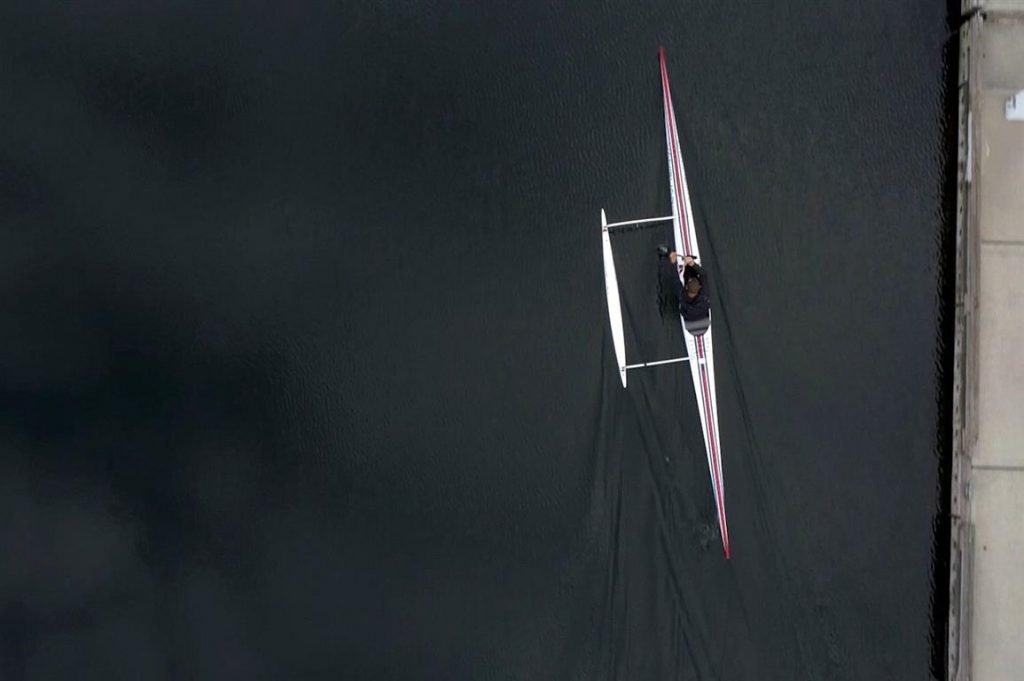