The weather is looking perfect for the Gig Harbor Police Department’s National Night Out this week. The annual community block party is taking place alongside the Funaddicts playing for this Tuesday’s Summer Sounds at Skansie concert in the park.

On Aug. 6 the community of Gig Harbor is invited to come together along Harborview Drive in downtown Gig Harbor and join thousands of communities gathering nationwide for National Night Out.

It all starts at 5 p.m. Come be part of this fun evening with free hot dogs, root beer floats, kids activities, public safety exhibits and military displays. Live music by the Funaddicts begins at 6:30 p.m. Enjoy a stroll down memory lane with this boisterous bunch of musicians performing songs from Glenn Miller to Bruno Mars.

The Funaddicts Perform Summer Sounds on National Night Out 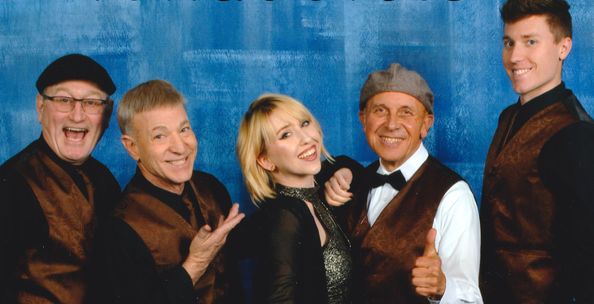 “We are a high-energy dance band that performs golden oldies to contemporary hits and everything in between,” the group says in their promotional material. “The nostalgia is heart-warming, energy infectious and their presentation reminds us that it’s never too late to feel young at heart. Bring your hottest dance moves!” This fun, free, community-wide event from 5 to 8 p.m. will include free food, military and law enforcement displays, a Home Depot Root Beer Garden and many other fun activities for the whole family.

Please note: Harborview Drive will be closed from Pioneer Way to Rosedale Street from 3 to 8 p.m. Chairs for the concert may be placed after 1 p.m. in Skansie Brothers Park, 3207 Harborview Drive.

It is a chance for the public to interact with officers from the Gig Harbor Police Department, says Police Chief Kelly Busey.

“The officers have the chance to interact face-to-face with the citizens a lot more informally,” he told the Peninsula Gateway. “This is absolutely a family event.”