So you find this great boat with its living room-size salon and masterly-suite stateroom, and the wheels start turning for a live-aboard lifestyle. Your dream boat just needs a few repairs and upgrades here and there, and you know just the place to get it done.

That’s what Jordan and Julie Timmerman felt, too, so they brought their new boat, Liberty Belle, to the downtown Gig Harbor boatyard for those service needs. It’s the next step toward their dream of being at least part-time live-aboards. 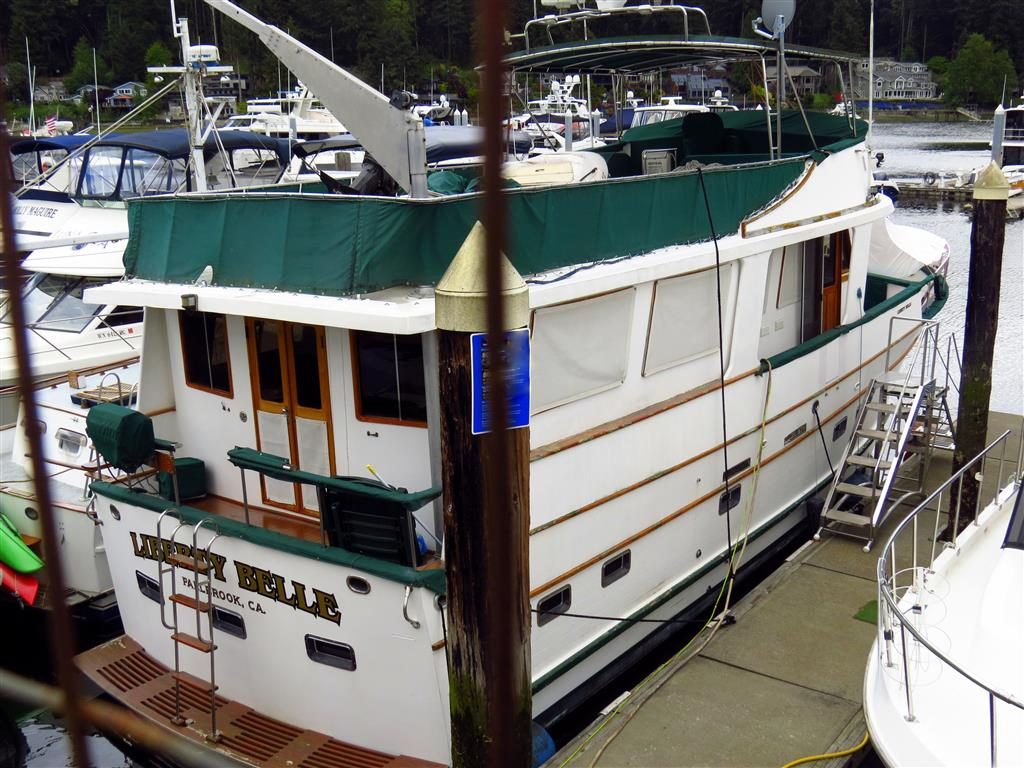 “We both work full time but we also love to play full time,”said Jordan. “So we’re going to part-time live-aboard,” said Jordan. 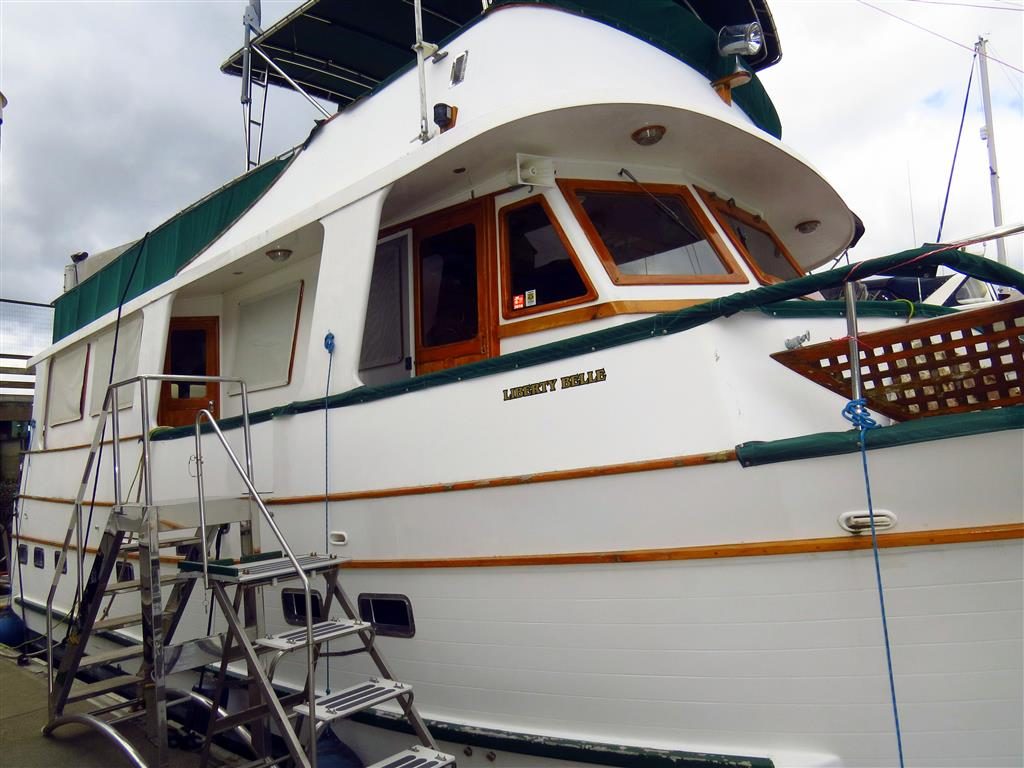 The couple from Tacoma knew Gig Harbor Marina & Boatyard would be their service boatyard when they first came to the Gig Harbor marina as moorage guests. They were sold when office manager Jenn Brown first spoke to them on the phone — she really did have them at “hello.”

“We met Jenn over the phone and she was great to work with,” said Jordan. “Then she was so gracious and warm as she walked me through the boatyard. You could just see how friendly and welcoming people were, so we knew we wanted to be here to have the work done.”

The Timmermans — he’s a real estate broker and she’s a respiratory therapist — also own a 48-foot 1967 Chris-Craft Constellation. They have done a lot of work updating the classic boat, which they have been been living on “a good bit” since they sold their home in November, said Jordan.

The couple looked for another, more live-aboard-conducive, boat for quite a while, Jordan says. And when they saw Liberty Belle, with her 15-and-a-half-foot beam and huge salon, they knew they’d found their dream boat.

“The big salon is unreal,” he said. “When we first saw the lay-out we knew it was just about perfect — it’s so big. The salon, galley and helm are all on one level. With the 15 1/2-foot beam there’s so much room.” 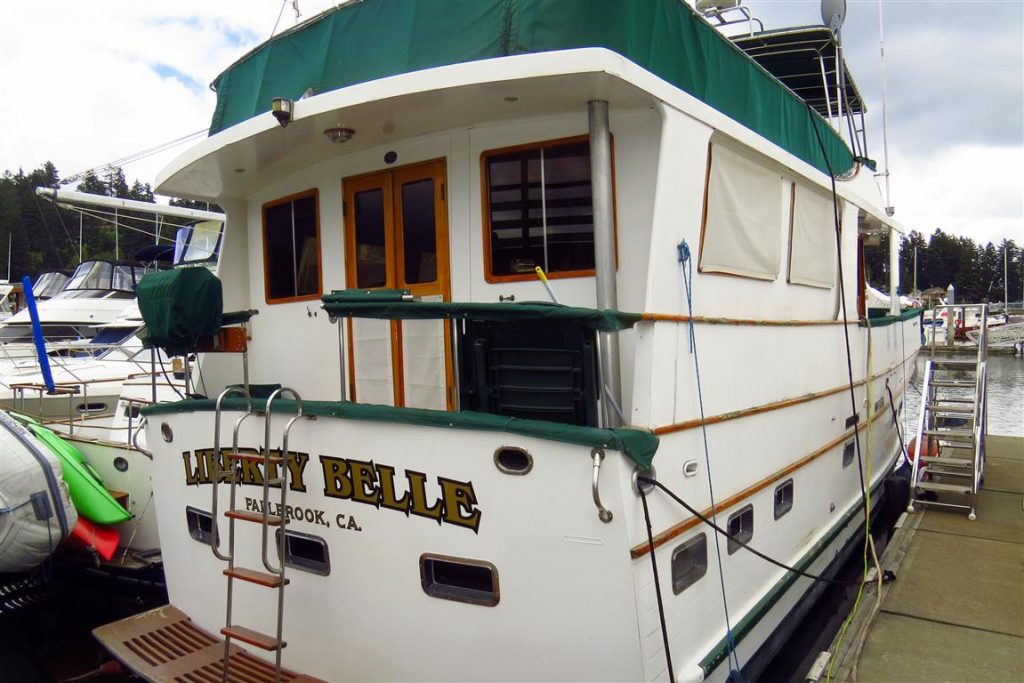 “We were going through the process of purchasing when the seller passed away,” Jordan said. “The family was still on board with selling, but the boat had to go through probate.”

Now things are settled and the Timmermans are looking forward to cruising and living on their new boat. 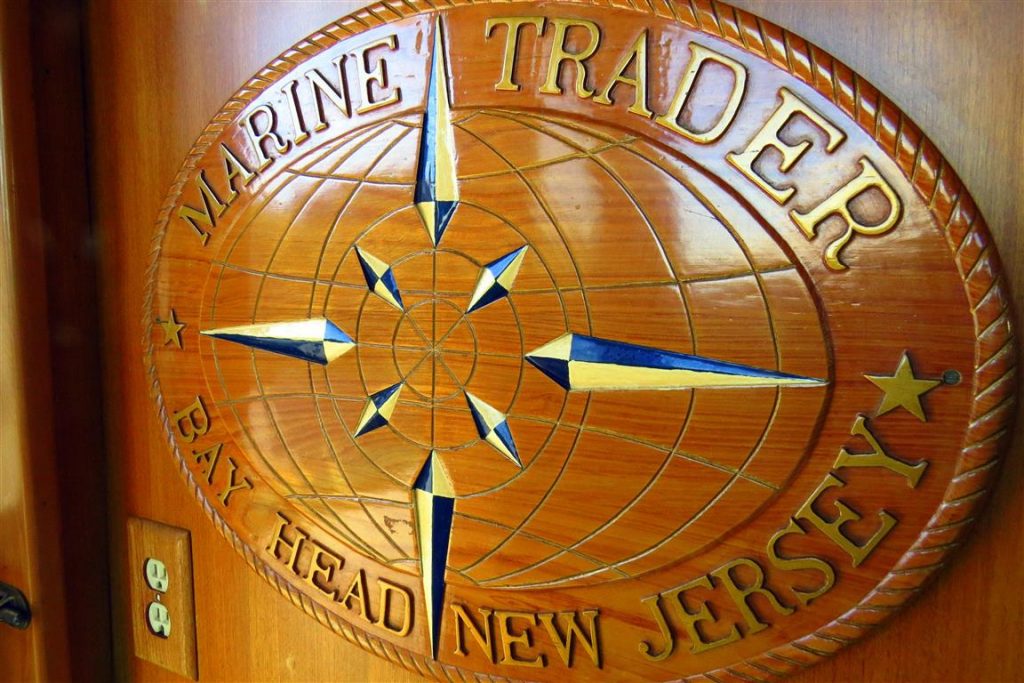 “We plan to cruise as well as live-aboard — a little bit of both — primarily in the South Sound,” said Jordan. “Around Olympia, Tacoma, Seattle, some in the San Juans, Canada. Someday we hope to go up to Alaska.”

They’ll be on their way after Liberty Belle’s service layover at Gig Harbor Marina & Boatyard.

“We’re just thrilled with the service and attitude there,” says Jordan. “They’re great people and we’re so happy to be there.”